Biology
Every year, large amounts of nitrogen fertilisers are used around the world to sustain the cultivation of rice. The wetland culture conditions required for rice cause nitrogen to leach and contaminate freshwater, triggering a number of adverse consequences for aquatic habitats.
Dr Consolación Álvarez and Dr Vicente Mariscal Romero, from the Spanish National Research Council (CSIC), Spain, propose the development of new rice biofertilisers based on nitrogen-fixing cyanobacteria. The stable plant-cyanobacteria symbiosis can be exploited in rice crops to stimulate plant growth in the absence of synthetic nitrogen fertilisers.


Rice is the most widely consumed cereal grain in the world. Not only has it been for centuries the main source of nutrition for large parts of the human population around the world; it is also the principal economic activity for millions of households in many countries. With such demands for rice crops, hundreds of millions of hectares of land and almost one third of the world’s supply of fresh water are dedicated each year for their cultivation.

Large amounts of nitrogen fertilisers are used to sustain the growth of rice; however, only a fraction of the total amount of fertiliser used is taken in by the plant. Most nitrogen content ends up leaching from the rice cultures, contaminating aquatic systems. Many organisations around the world advocate for a tighter control of nitrogen losses by preventing the leaching of nitrates from rice cultures, encouraging the development of eco-friendly fertilisation strategies. 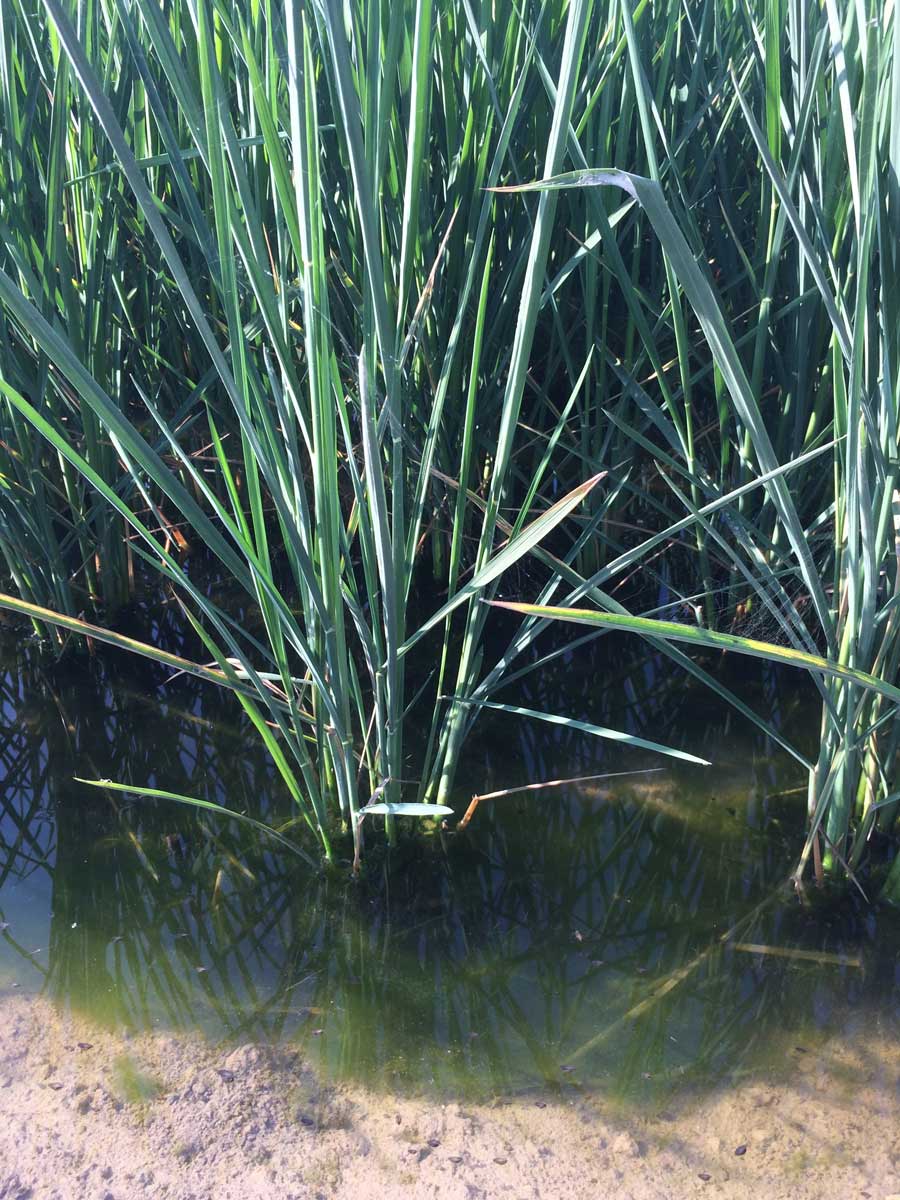 Dr Consolación Álvarez and Dr Vicente Mariscal Romero, from the Spanish National Research Council (CSIC), Spain, propose using plant-cyanobacteria symbiotic relationships for the optimisation of a more sustainable approach in rice cultivation known as rice biofertilisation. With this method, nitrogen-fixing cyanobacteria that can establish symbiotic relationships with plants are used as a natural source of nitrogen for the cultivation of rice.

Large amounts of nitrogen fertilisers are used to sustain the growth of rice; however, only a fraction of the total amount of fertiliser used is taken in by the plant.

How nitrogen losses affect aquatic systems
Rice is usually grown in conditions of wetland culture, whereby the crops need to be soaked in water and planted in warm and sunny areas that are essentially flooded until the sprouted crops are several inches tall. The culture conditions cause large quantities of nitrogen to leach in the water and contaminate aquatic systems. High nitrogen levels in the water can leach in streams and rivers, contributing to an increase of algal growth, a phenomenon known as eutrophication. When algae die and decompose, the organic matter in the water increases, causing a surge in the number of bacteria. The micro-organisms use up all the oxygen in the water, causing fish and aquatic life to die.

Dr Álvarez and Dr Mariscal argue that nitrogen-fixing cyanobacteria might naturally produce the nitrogen required for the plant growth and development, thus decreasing the risk of excess nitrogen and nitrates leaching to the environment, since all the nitrogen produced would be essentially consumed by the plants. The strategy promises high levels of sustainability, provided that cyanobacteria and plants are in the optimal condition to establish a close symbiotic relationship.

Cyanobacteria as biofertilisers: benefits and limitations
Cyanobacteria are a diverse group of unicellular micro-organisms that, in a manner similar to plants, have the ability to use the energy from the sun to convert water and atmospheric carbon dioxide into biomass. The by-product of this process is the production of oxygen. For this reason, cyanobacteria have played a pivotal role in the history of evolution and life as we know it, as they were responsible for the oxygenation of the atmosphere. In recent years, the use of nitrogen-fixing cyanobacteria as biofertilisers in rice crops has been widely promoted by many investigators. The high-humidity habitats used for rice crops are ideal for promoting the growth of cyanobacteria that associate with rice roots, enhancing the health of the crops.

Dr Álvarez and Dr Mariscal argue that symbiotically competent strains of cyanobacteria would be more prone than other nonsymbiotic strains to form tight associations with rice. The pair have tested their hypothesis by investigating the symbiotically prone Nostoc strains of cyanobacteria for their ability to associate and colonise rice plants. They tested the interactions of several Nostoc strains in laboratory conditions, demonstrating that significant nitrogen-fixing activity occurred even in the dark. Another advantage provided by the strong associations between the symbiotically competent strains and the rice plants is that the fixed nitrogen is more directly available to the rice plant, rather than only after death and decay of the cyanobacterial biomass. All of these attributes are of importance when such strains are to be used in rice fields. The promising results of their study led the two scientists to focus their attention on the pursuit of a superior coloniser to be identified among the different strains tested.

Nostoc punctiforme: a promising biofertiliser
Dr Alvarez and Dr Mariscal Romero used the model cyanobacteria organism Nostoc punctiforme to further investigate the plant-cyanobacteria symbiosis. The pair examined the interaction of rice with the microorganism under controlled laboratory conditions in order to elucidate the rice-cyanobacteria interaction at a molecular and structural level. With the aid of Laser Scanning Confocal Microscopy (LSCM), a technique in which both the plant and the cyanobacterium can be observed at the same time, the two researchers and their collaborators determined that Nostoc punctiforme forms colonies inside the cells of the epidermis of the root cells in rice. The cyanobacteria achieved this through special filaments that allow them to strongly adhere to the rice roots; the LSCM experiments show that the strong adherence occurred 48 hours after the inoculation of cyanobacteria, with filaments clearly attached to the root surface. Cyanobacterial filaments remained attached to the roots even after washing with running tap water, confirming the strong nature of the adhesion to the plant roots. The adherence of this strain to rice roots increases proportionally with the time of inoculation, before reaching a plateau. All inoculated plants developed normally, with no apparent negative effects on the plants’ phenotype during the whole experimental period, including the ability to produce seeds. This stable association, argue the authors of the study, allows the rice plants to thrive in the absence of inorganic nitrogen.

Future developments
Further work will be needed to assess in more detail the mechanisms of transfer of nitrogen from symbiotically associated cyanobacteria to the rice plant. A key aim of future research will be the identification of the biochemical signals and the metabolic pathways involved in the plant-cyanobacteria symbiotic relationship. One hypothesis the team want to test is whether the Nostoc strains might express specific hydrolytic enzymes that break plant cell walls, encouraging the infiltration of Nostoc. 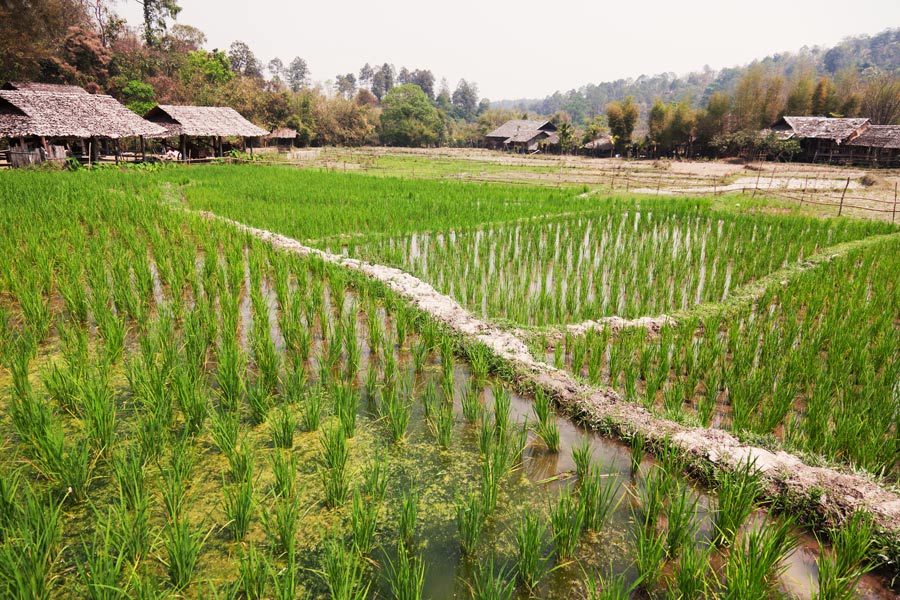 Do you plan to promote the use of Nostoc strains for other types of crops beside rice?

<> This symbiotic cyanobacterium establishes symbiosis with a wide range of plant hosts. To promote this symbiotic association with other types of crops, we first need to know the nature of the signals exchanged between partners, which is still unknown. Once this knowledge is achieved, our goal is to explore the ability to form stable symbiosis with other crops, including cotton and tomato.

Dr Consolación Álvarez is Principal Investigator of the ComFuturo programme, financed by the FGCSIC, focusing on the design of new biofertilisers for agricultural use based on rice-cyanobacteria interaction. She is expert in Plant Molecular Biology and Industrial Biotechnology. 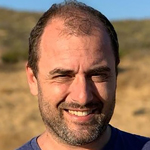 Dr Vicente Mariscal is head of the group “Plant-Cyanobacteria Symbiosis” at the IBVF. He has a recognised background in the molecular biology of nitrogen-fixing cyanobacteria and now is focused in the mutualism between symbiotic cyanobacteria and plant species of agricultural interest.

Dr Álvarez and Dr Mariscal provide evidence for a stable association between rice and cyanobacteria, a natural source of nitrogen supply, thus providing an alternative for the use of synthetic nitrogen fertilisers for rice production.