Biology
Breeding programmes in dairy cattle have been successful in the past by selecting for high milk yield, effectively doubling productivity over the past 50 years. However, this approach is reaching a plateau, with minimal improvements expected in the future. For Pekka Huhtanen and his colleagues at the Swedish University of Agricultural Sciences, Aarhus University, Agri-Food and Biosciences Institute and Natural Resources Institute Finland, the solution involves selecting cows with high feed efficiency instead. Their approach not only generates a high milk yield but also produces less methane. In practical terms, the researchers found that measuring CO2 gives a good indication of each animal’s feed efficiency and this can easily be measured on the farm.

The productivity of dairy cattle has risen considerably in the past few decades. This is due in part to advances in nutrition and management, but it is also due to intense breeding programmes to select the best dairy cows with a high milk yield. As a result, milk production per cow has more than doubled in the past 50 years.

This approach has been very successful but is now approaching a plateau. Continuing down the line of selecting for milk yield alone is unlikely to generate substantial increases in feed efficiency for future generations.

The problem is that these programmes tend to look at animals as if they are all the same, which does not reflect a normal dairy herd. In reality, there is considerable variation from cow to cow. Some animals can produce high yields because they can divert a higher proportion of energy from feed to produce milk and require less to maintain normal metabolism, while others fail to achieve this and show lower production levels. 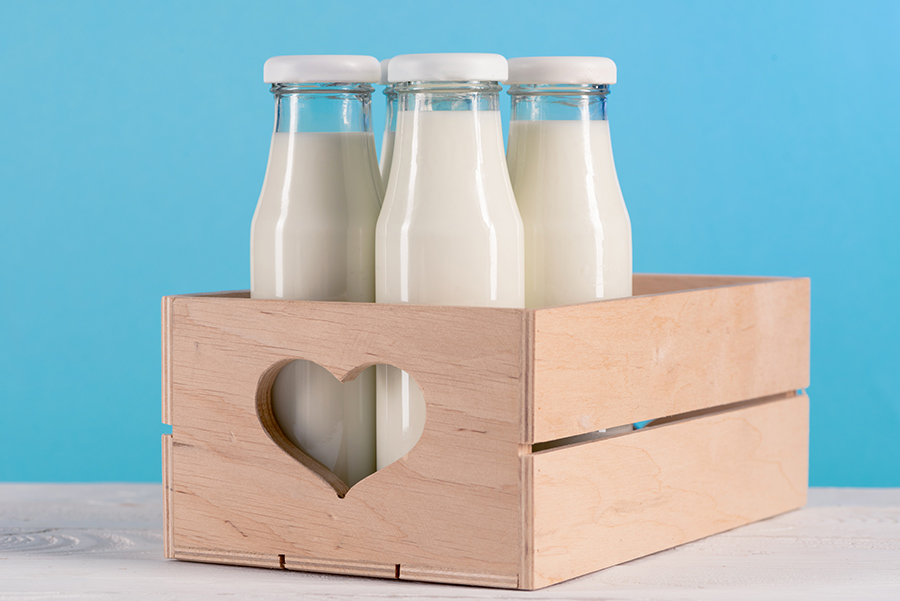 It is easy to see how feed efficiency – defined as the amount of food needed to produce a certain amount of milk – has a major influence on profitability and environmental efficiency in the dairy industry. The importance of feed efficiency is certainly not surprising, but this parameter has never been accounted for in breeding programmes.

Between-animal variability of energy metabolism may provide the basis for future efforts to enhance feed efficiency.

Professor Pekka Huhtanen at the Swedish University of Agricultural Sciences believes future increases in milk production will only be possible with a deeper understanding of this cow to cow variation in terms of feed efficiency. Along with collaborators, Dr Abdulai Guinguina (Swedish University of Agricultural Sciences), Dr Alireza Bayat from the Natural Resources Institute Finland, Professor Peter Lund and Dr Anne Louise Hellwing (Aarhus University), and Dr Tianhai Yan (Agri-Food and Biosciences Institute, AFBI), the researchers determined between-cow variation in variables contributing to feed efficiency, their correlations and contributions to overall variation in efficiency.

Measuring variation between cows
This variation is most likely caused by differences in how each animal divides energy obtained through food, to be used in the various body mechanisms. It all starts with gross energy, which is the total energy contained in the feed. Some of this energy is lost in faeces, urine and methane production, and some is lost as heat from fermentation and normal metabolism of nutrients during digestion. The leftover energy is known as net energy, and this is the actual energy used for maintenance and production. The latter can be used during milk production, to produce and maintain muscle and body tissue, and during gestation. The best way to improve feed efficiency in individual cows – with the aim of enhancing milk production – is to quantify how each animal divides energy for each step of energy conversion. For Prof Huhtanen, “Measuring the between-animal variability at each step of energy metabolism may provide the basis for future efforts to enhance feed efficiency.”

From their results, it was possible to confirm that variation between animals in terms of feed efficiency is under genetic control. Therefore, feed efficiency should be considered in breeding programmes with potentially beneficial effects on increasing milk production. This means that some animals are better than others at partitioning the energy from feed into production instead of losing it during digestion, and this knowledge could be used in breeding programmes. “Selective breeding for animals that partition less energy to faeces, methane, urine, maintenance, heat production, or accreted body tissues could both increase the proportion of energy available for milk production and improve feed efficiency,” said Professor Huhtanen.

Factors affecting feed efficiency
If researchers wish to use feed efficiency as a factor in breeding programmes, they must consider whether it is repeatable across a range of diets commonly used in dairy farms as well as across different production systems, with different types of housing or milking strategies. With this in mind, Prof Huhtanen believes it is crucial to specify precisely what characteristics to consider for use in breeding programmes. He highlights that feed efficiency is affected by anything that alters energy losses during digestion – including faeces, urine and heat production, as well as the way animals divide the amount of remaining energy for maintenance or use in milk production. The team’s findings show that animals with a high feed efficiency produced less methane and heat but still had a higher milk yield compared to animals with a low feed efficiency. In fact, cows with a high feed efficiency produced 6 kg more milk every day than their low efficiency counterparts.

In practical terms, about two thirds of the difference between the high and low efficiency animals was derived from diverting more energy to milk production instead of heat production, with the remaining one third coming from fewer losses during digestion. “Breeding dairy cows for higher efficiency is a win-win mitigation strategy as it improves the economy and reduces methane emissions at the same time,” said the researcher.

Measuring the between-animal variability may provide the basis for future efforts to enhance feed efficiency.

Reduced methane
An obvious practical implication of these results is related to lower methane production, with its attendant environmental advantages. In the past few years, researchers have become more interested in selecting animals that emit less methane but maintain high production levels.

Measuring on the farm
This work can pinpoint which factors might improve feed efficiency, but this requires complicated and time-consuming measures that can only be carried out under strict experimental conditions. Calculating feed efficiency in dairy herds is challenging due to difficulties in reliably measuring the feed intake of individual animals.

The research team began to wonder if it might be possible to measure a specific parameter on the farm that could provide an indication of each cow’s feed efficiency. This would undoubtedly make it far easier to know which animals to select for breeding. The team showed that CO2 production was a good proxy for heat production and feed intake, enabling them to rank animals in terms of their feed efficiency. Cows showing low CO2 levels had a high feed efficiency and energy utilisation, as well as low methane and heat production. In contrast, cows with high CO2 showed the opposite results. “Provided that CO2 production could be determined accurately enough in on-farm conditions, the cows could be ranked according to feed efficiency,” concluded Professor Huhtanen. “An advantage of this method is that it is independent of measurements that are difficult to obtain under on-farm conditions.”

The findings from this study could have demonstrable advantages in terms of both feed efficiency and environmental mitigation, while measurement of CO2 prevents the need for complicated experimental conditions. 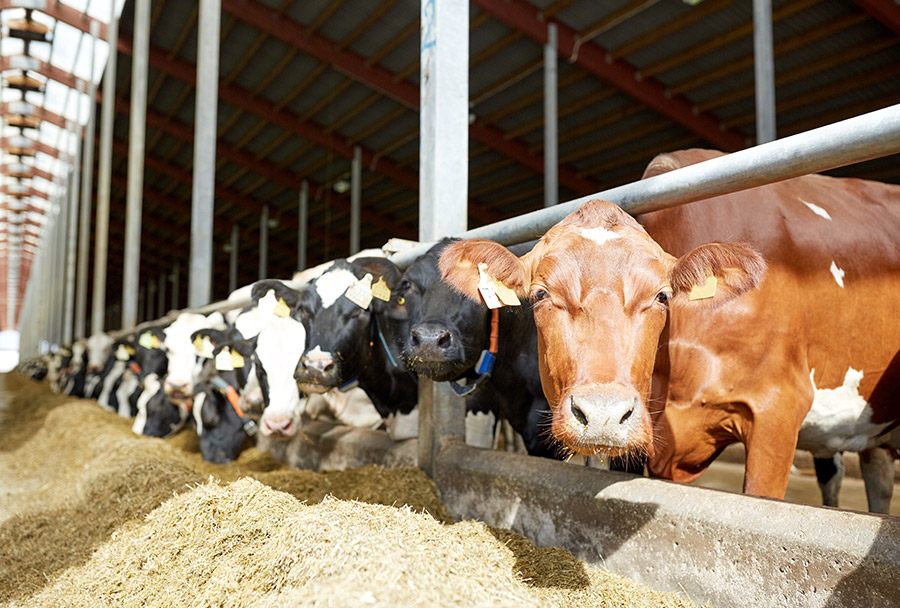 How might the findings of your study be of practical advantage to farmers?

<> Feed efficiency in dairy cows has improved indirectly mainly by diluting maintenance feed to a greater volume of milk. Direct selection for improved efficiency has been hindered by difficulties in measuring feed intake for individual cows in on-farm conditions. Measurements of CO2 production could be easier and more cost-effective than direct intake measurements in on-farm conditions. Residual CO2 production could be used as a proxy of feed efficiency and included in breeding indexes. By improving feed efficiency, farmers benefit through reduced feed costs and/or increased milk income. Improving feed efficiency by breeding is a sustainable method to reduce greenhouse gas production associated with milk production as the effects are permanent and cumulative. 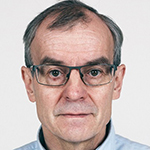 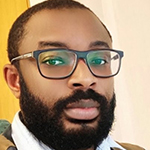 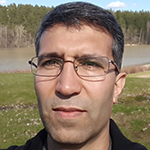 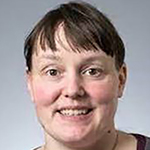 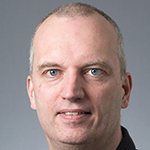 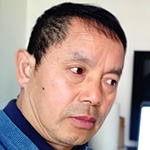 The contribution of all who conducted respiration chamber experiments