Pancreatic ductal adenocarcinoma (PDAC) is an aggressive and lethal malignancy, largely as a result of its early spread, or ‘metastasis’, to the liver. Dr Tami Rubinek and Professor Ido Wolf, of the Oncology Division of Tel Aviv Medical Center, Israel, have extensively studied the molecular mechanisms behind liver metastasis in patient tumour samples. They revealed that the absence of certain genes can influence tumour growth and can push the tumour to move from the pancreas to the liver, causing the lethal metastasis.

Pancreatic ductal adenocarcinoma (PDAC) is a very aggressive and lethal type of cancer. The five-year survival rate among patients with PDAC is less than 5%, with the main cause of death – metastases, mostly in the liver – being observed in the relatively early stages of the disease. To date, scientists have focused on elucidating the genes that play a direct role in PDAC, but little work has been carried out to understand the genetic reasons behind the liver metastases. In most patients the cancer will already have spread to the liver at diagnosis, so understanding the molecular link between PDAC and liver metastases is crucial. This knowledge could not only lead to a better understanding of this specific metastatic site but could also be the first step toward finding a treatment for this aggressive tumour. Director of Oncology Research Lab Dr Tami Rubinek, and Head of Oncology Division Professor Ido Wolf, at Tel Aviv Sourasky Medical Center, Israel, have focused their research on this specific area, with the goal of deciphering liver metastasis in PDAC patients.

Pancreatic cancer and metastasis
In many malignancies, as the disease progresses clinicians often observe metastasis in organs other than the one with the primary tumour. This process of the tumour spreading to other organs in the body is described as cancer cell tropism. During this process, the cancer cells need to adapt to the different microenvironment in the new organ they attack. For example, PDAC cancer cells, derived from the pancreas, need to be able to adapt to the liver microenvironment to metastasise and later divide and multiply. The liver microenvironment is dramatically different from the one of the pancreas, due in part to its unique chemical activities, including glucose, glutamine, and ammonia metabolism. In general, for metastasis to take place the researchers hypothesised that specific gene alterations, including gene mutations – particularly intragenic deletions of genes – must be involved. When it comes to metastasis of PDAC cancer cells Rubinek and Wolf highlight that they need to go under a unique transcriptional reprogramming, given the exceptional characteristics of the liver.

To be able to study these genetic mutations and further understand the reasons behind the liver metastasis, the researchers collaborated with Foundation Medicine Inc and performed their study on the largest-known dataset of PDAC clinical samples. More specifically, they analysed 16,863 clinical samples of PDAC, derived from local pancreatic tumour sites and from metastatic sites such as the liver, lungs, brain, stomach, and lymph nodes. They questioned the commonly held belief that the genomic landscape of the local PDAC is identical to that of the metastasis. Their hypothesis was based on the idea that cancer cells that could adapt in another tumour environment in metastasis will have a different genetic profile to the cells located in the primary tumour site. Indeed, they proved that each metastatic site is unique in its pattern of specific genomic alterations.

The researchers proved that each metastatic site is unique in its pattern of specific genomic alterations.

Genomic alterations
The study, which contains data of genomic alterations in around 400 cancer-related genes, was focused from the start on alterations in two specific genes: CDKN2a and CDKN2b. These two genes encode (ie, they’re responsible for the production of) two proteins: p16 and p15 respectively. These two proteins are well known for their role as tumour suppressors; to be more precise, the proteins p16 and p15 interfere with the catalytic activity of some other proteins called cyclin dependent kinases: CDK4 and CDK6. This interference inhibits cell division – a crucial process in cancer progression, as cancer cells have the unique characteristic of dividing in an uncontrollable manner. An absence of p16 and p15 proteins, therefore, could result in tumour growth. Indeed, Rubinek and Wolf clearly identified, for the first time, a higher prevalence of p15 and p16 deletion in the liver metastases samples (63% and 38% respectively), when compared to the lower values of these deletions in local PDAC samples (49% and 22% respectively).

The researchers also noted that, similar to the local PDAC samples, this gene deletion was significantly lower in other metastatic sites. It is very important to highlight that even if the differences in the above-mentioned percentages seem small, these numbers could have a large impact on the biology and the disease prognosis. Furthermore, the scientists examined the effect of silencing – meaning they stopped the expression of p15 and/or p16 in PDAC cancer cells. They discovered that co-silencing had a clear role in cancer aggressiveness, affecting the cell’s phenotype. Most importantly, the researchers found that when PDAC cells were grown in conditions mimicking the liver environment, p15/p16 deletion affects characteristics that determine the aggressiveness of the tumour, such as colony formation, migration, invasion, and 3D sphere formation, allowing better adaptation to the liver microenvironment.

PDAC cells and liver metastasis
The liver has unique chemical features and is the organ responsible for glutamine and ammonia metabolism. Due to the extensive use of glutamine by the liver cells – known as hepatocytes – the liver is glutamine poor and enriched in ammonia (see Figure 1). While it can be toxic at higher levels, ammonia may in fact favour cancer cells by acting as a nitrogen source. Nitrogen is important for the synthesis of both amino acids (the vital building blocks of proteins) and nucleotides (which make up genetic material). The PDAC cells need to be able to adapt to these conditions for metastasis to occur in the liver. Rubinek and Wolf performed a cell experiment, in which they revealed that high ammonia levels and low glutamine levels do not affect cells that have p15/p16 deletions, while the same chemical environment can affect PDAC cells where p15/p16 is present. In other words, this is a strong indication that PDAC cells with the p15/p16 deletion can adapt to an ammonia-rich/glutamine-poor environment, which may be how these cells can adapt to the liver microenvironment.

Ammonia metabolism
To further elucidate the molecular pathways involved, the researchers assessed global gene expression and metabolic profile. They found that deleting p15/p16 effectively rewired cellular metabolic pathways, enhancing those that led to ammonia use and the generation of glutamine. Specifically, the data suggest that p15/p16 deletion is involved with a specific molecular pathway: glutaminolysis. During glutaminolysis, cells convert glutamine into tricarboxylic acid cycle metabolites, by recycling excessive ammonia through a number of enzymes. Going one step further, the team recognised the specific gene responsible for catalysing the conversion of glutamate and ammonia to glutamine: the GLUL gene – which is present in cells that can thrive in the liver microenvironment. This gene can help these cells survive by lowering ammonia levels and elevating glutamine levels. Indeed, when Rubinek and Wolf tried to silence this gene, the cells with p15/p16 deletion were heavily affected (Figure 2). This led them to conclude that a reduction in glutaminolysis can promote cancer growth under certain conditions – such as in the liver environment (Figure 3).

Hopes for treatment and early diagnosis
This pioneering study by the Israeli team clearly indicates that gene alterations play an important role in making PDAC cells adapt to a metastatic environment. This knowledge could enable the development of novel therapeutic strategies based on the molecular mechanisms of these cells. At the same time, this research can provide a unique tool for the early diagnosis of patients with PDAC and liver metastases. As PDAC is a highly aggressive disease with poor prognosis, unravelling the molecular mechanisms responsible for liver metastasis will make prolonged life for these patients a realistic goal.

How do you see this molecular information being used to develop new future treatments?

The identification of GLUL as a key enzyme in facilitating adaptation of PDAC cells to the liver environment may serve as an invaluable therapeutic target. Although GLUL participates in normal cellular activities, it is possible that its inhibition in PDAC cancer cells with liver metastasis may be used for treatment of these patients. 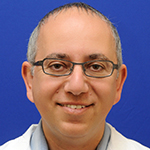 Professor Ido Wolf heads the Oncology Division at Tel Aviv Medical Center and the National Council for the Prevention, Detection and Treatment of Malignant Diseases. His work focuses on endocrine and metabolic aspects of cancer. He has published more than 100 peer-reviewed articles and won prestigious grants and awards, including ISF, BSF, and the Hirchberg Foundation award. 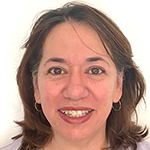 Dr Tami Rubinek heads the Oncology Research Lab at Tel Aviv Medical Center and is a senior lecturer at the Sackler School of Medicine, Tel Aviv University. The lab focuses on endocrine and metabolic aspects of cancer and was the first to reveal the tumour suppressive activities of the hormones klotho and GLP-1. These and other works were published in prestigious journals, and she has been funded by important agencies.