Health & Medicine
The average human spends about a third of their life sleeping and it is accepted that sleep is crucial for both physical and mental health. Still, scientists remain in the dark about many of the details and mechanisms of this strange state. Harry Pantazopoulos, Assistant Professor at the University of Mississippi Medical Center in the U.S., has conducted novel research into the importance of perineuronal nets in memory consolidation during sleep, with implications for the treatment of mood and memory disorders.

Neurologists have long known that sleep deprivation can lead to a host of mental and physical issues, and eventually to death. Every non-scientist knows this to a degree through experience; just one night of poor sleep can lead to grogginess, forgetfulness, lack of concentration and a bad mood.

Dr Harry Pantazopoulos is an Assistant Professor in the Department of Neurobiology and Anatomical Sciences at the University of Mississippi Medical Center, Jackson, Mississippi. His research is focused on the impacts of disruption of circadian rhythms (roughly 24-hour cycles within the body) and the role of perineuronal nets in brain disorders. In his most recent study he examines the importance of perineuronal nets in memory consolidation during sleep, with implications for the treatment of mood and memory disorders.

Perineuronal nets and plasticity
Perineuronal nets (PNNs) are structures that form around certain brain cells, creating something like an envelope with a small opening at each end. They were first described by the Italian biologist Camillo Golgi as a ‘delicate covering’ in his 1898 paper on the structure of neurons. It was once thought that these coverings were simply structural, like cartilage in the nose, but more recent research has revealed that they serve a number of important roles in the brain.

Children don’t have fully formed PNNs; the structures begin to form postnatally towards the end of the period of rapid development, marking the end of this ‘critical period’ and restricting the brain’s plasticity (ability to change). Once formed, they secure the connections between brain cells, regulate functions at the synapses (the junctions between connected nerve cells) and make it harder for new connections to form, supporting more stable neuronal networks. Although considerably less than that of a child, adult brains still retain a degree of plasticity, and recent research has shown that PNNs are modified during learning and periods of high environmental stimulation to allow for the formation of new synapses. PNNs also facilitate rapid firing in some brain cells, allowing these neurons to generate the brainwaves needed for memory processing.

Sleep, PNNs and memory
When we fall asleep, the pattern of our brain waves changes. Sleep remains a relatively poorly understood area of neurology, but it is accepted that sleep plays an important role in information processing. Bursts of neural activity known as sleep spindles are characteristic of non-rapid eye movement (NREM) sleep and are believed to be involved in sleep-related functions including sensory processing and long-term memory consolidation. During sleep, brain waves reorganise and declutter connections between brain cells to strengthen relevant memories. The exact mechanisms of this reorganisation, like many of the mechanisms involved in sleep, remain something of a mystery. 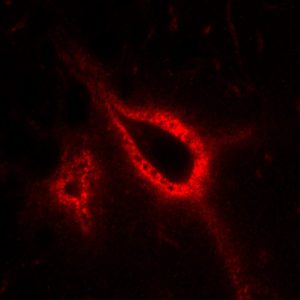 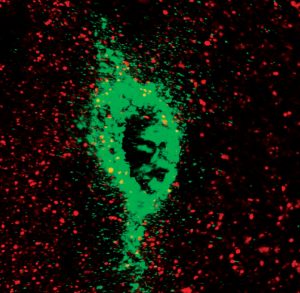 Prof Pantazopoulos’ latest study with his collaborator Dr Barbara Gisabella, an experienced sleep and memory researcher, demonstrates that PNNs are not the rigid structures they were once believed to be; their composition changes during sleep. This shift was observed in both mouse and human brain samples, taken from areas linked to sleep and the processing of emotional memory. By weakening during sleep, PNNs may allow for the reshuffling of connections between neurons needed to form new synapses and strengthen memories. The discovery supports the theory that PNNs are involved in the process of memory consolidation and the regulation of brain connectivity.

Breaking down the breakdown
PNNs cannot weaken themselves; the process is thought to be induced, at least in part, by a molecule known as cathepsin-S. Cathepsin-S is a protease, an enzyme that catalyses the breakdown of proteins. It is produced primarily by microglia, immune cells that make up around 15 percent of the brain’s cells and act as the Central Nervous System’s primary immune defence. As well as engulfing damaged neurons and infectious agents, Prof Pantazopoulos and his fellow researchers found evidence that cathepsin-S is involved in the weakening of PNNs during sleep. PNNs are highly complex structures and it is unlikely that they can be degraded and rebuilt completely in 24 hours, but slight weakening and small changes to their characteristics during sleep may be enough to allow for synapse reorganisation and memory consolidation.

The team’s latest study demonstrates that PNNs are not the rigid structures they were once believed to be; their composition changes during sleep.

Studying the role of PNNs
Prof Pantazopoulos and his colleagues set out to test the hypothesis that PNN composition varies in relation to circadian rhythms – that is, in a manner related to the body’s internal ‘clock’ or internal rhythms rather than external factors like light level. Given the theorised link between PNNs and sleep, they also studied the effects of sleep deprivation on PNN densities.

The researchers demonstrated for the first time that PNN composition varies throughout the day, according to diurnal (light-related) rhythms in humans and both diurnal and circadian (internal) rhythms in rodents. Levels of cathepsin-S are higher during sleeping hours, leading to lower densities of tagged PNNs – and vice versa. Far from being rigid structural entities, PNNs are dynamic and respond to both internal and external conditions. PNNs rose and fell in a rhythm in mice kept housed in cycles of 12 hours of light followed by 12 hours of darkness. They also cycled rhythmically in mice kept in constant darkness, lending support to suggestions that PNN changes in the rodent brain reflect the brain’s molecular clock, rather than just a response to light-dark cycles.

Mice deprived of sleep during their normal sleeping hours did not experience the usual reduction in PNN density. Without this increase in synaptic plasticity, sleep-deprived mice had a reduced capacity for memory consolidation and forgot a recent frightening experience. Fear learning is crucial to an animal’s survival in the wild as it helps them avoid hazards in the future, so to forget a fearsome stimulus is potentially dangerous.

In humans a disruption to memory consolidation may not always be life-or-death, but it does have an impact on learning and long-term memory. There is one area where a reduction in ability to consolidate fear memories may actually be beneficial: the treatment of Post Traumatic Stress Disorder (PTSD). People with PTSD often experience intense anxiety and overwhelming flashbacks – controlled sleep deprivation shortly after a traumatic event has been suggested as a means of minimising the strength of the resulting fear memories.

Implications for brain disorders
The brain regions studied in this research are involved in the processing of emotional memory and are therefore implicated in several other psychiatric disorders. Research has suggested the involvement of PNNs in several brain disorders, including bipolar disorder and schizophrenia. Schizophrenia is typically characterised by reduced memory processing ability and sleep dysfunction among other signs of brain dysfunction, and sleep studies have shown that people with this mental illness have fewer sleep spindles than average.

Prof Pantazopoulos along with his collaborator Dr Sabina Berretta were the first to demonstrate that people with schizophrenia experience a reduction in PNNs. It is suggested that disruption of PNN rhythms may alter brain plasticity and result in fewer synapses being formed. Prof Pantazopoulos hopes that a better understanding of the process of memory strengthening during sleep and the role of PNNs could allow for the development of new treatments for these disorders, helping to improve patients’ sleep and memory processing.

Do you think we’ll ever understand sleep to the degree we understand other areas of biology?

<> Although it had long been suspected that sleep is important for overall health and memory, the functions of sleep and the biological processes that control these functions had long remained a black box. Several recent advances however have shed a great deal of light into this, such as the exceptional work from Dr Tononi and Dr Cirelli establishing the hypothesis that sleep is important for decreasing neuronal connections that accumulate during the day, in order to make brain processing more efficient, and the recent discovery of the brain glymphatic system by Dr Nadergaard, showing that sleep allows for the clearance of waste products from the brain. I believe we will continue to see some very important progress in this area in the near future.

Shedding light on the role of sleep in memory consolidation was last modified: September 25th, 2020 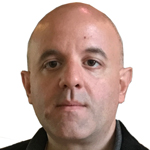 Dr Harry Pantazopoulos is an Assistant Professor in the Department of Neurobiology and Anatomical Sciences at the University of Mississippi Medical Center, Jackson, Mississippi. He completed his PhD in circadian neurobiology at Northeastern University. His research is focused on the circadian rhythm disruption in mood disorders and the extracellular matrix in psychiatric disorders. He was a junior faculty member at Harvard Medical School, and subsequently a faculty member at the University of Mississippi Medical Center.

Who makes the decisions? Patient “compliance” in modern medicine
Health & Medicine
Read This Article
Can cognitive impairments caused by methamphetamine use perpetuate the addiction cycle?
Behavioural Sciences
Read This Article