Health & Medicine
With the current focus on personalised medicine, some physicians are searching for new ways to treat the patient as an individual. Dr Jawad Alzeer of the University of Zurich, Switzerland, proposes a novel approach to medicine: halalopathy. Under halalopathy, mind, behaviour and health are fundamentally connected. By prioritising the relationships between these three aspects of a person, Dr Alzeer believes that the medical treatment can become more effective, improving a patient’s prognosis – and even leading to a complete cure.

There is far more to medicine than drugs and surgery. Patients are individuals and will respond in different ways to different therapies. A person’s beliefs, values, social situation, and psychological state can all affect the route their medical treatment takes. For example, a cancer patient with a poor prognosis might opt out of further chemotherapy – but another patient, medically similar, could instead choose to pursue aggressive treatment. In each case, the patient’s unique set of circumstances will influence their choice.

Personalised medicine – where the treatment approach is tailored to the individual patient – is becoming more widely recognised as an important approach to modern medical treatment. Despite this and other many recent advances in medical care, however, some diseases and conditions remain intractable. Metastatic cancer, for example, can rarely be cured.

A huge amount of research effort is currently devoted to the search for new medicines. Unfortunately, the process of getting a new drug to market is notoriously long and difficult. Even then, most drugs that are eventually approved are not ‘wonder treatments’ and may only offer a small improvement over existing medication. However, there is another possible approach. Rather than searching for new treatments, could we try to make those we already have more effective?

Mind, behaviour and health
Dr Jawad Alzeer of the University of Zurich is an expert on anti-cancer drugs. Recently, Dr Alzeer’s work has driven him to propose a new concept in medicine: halalopathy.

At the core of halalopathy is one simple goal: to make medical treatments more effective. Halalopathy can be described as ‘permissible treatment’ (the Arabic word ‘halal’ means permissible or lawful). In halalopathy, diseases are treated with permissible or approved drugs; at the same time, the idea of permissibility can be applied to the relationship between the treatment and the patient’s beliefs or lifestyles, with a permissible treatment being one which aligns with those beliefs. Dr Alzeer believes that the principles of halalopathy will allow the right treatment to be matched to the right patient, making for a more effective therapy – and, for some conditions, a complete cure.

At the core of halalopathy is one simple goal: to make medical treatments more effective.

Under halalopathic principles, the way to reach an effective treatment is through ensuring compatibility between patient and treatment. Dr Alzeer believes that this can be done by considering each patient’s unique set of beliefs and values. These could include, for example, religious beliefs, particular dietary practices, or anything else which is important to the patient.

Halalopathy embraces, rather than avoids, conventional medicine. Approved drugs are, by definition, trusted by the medical profession. If that trust can be expanded to include the patient – if the patient can be encouraged to have full trust in their treatment – a compatible system is built and potential is activated. According to Dr Alzeer, a rationally designed therapy that is compatible with the patient’s lifestyle is more likely to be effective. A patient’s belief in their treatment is known to sometimes have a real and positive effect on their progress. This phenomenon is known as the placebo effect. 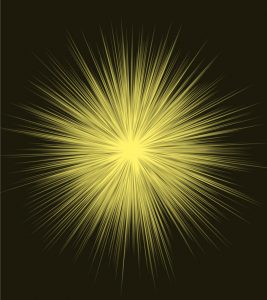 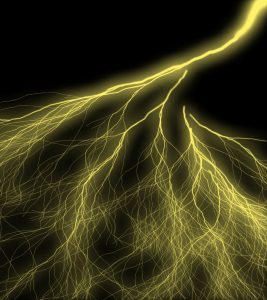 Research into the placebo effect has progressed greatly in recent years. Placebos (treatments with no intrinsic therapeutic value) are now sometimes used as medications in their own right and have been shown to produce real physiological changes in the body. However, there is still considerable debate over the ethics of using placebos as a treatment. Overall, many researchers and doctors believe that the use of a placebo is justified only when it has been proven to be helpful.

While Dr Alzeer does not necessarily propose administering placebos as part of halalopathy, he believes that the trust element of the placebo effect can be exploited to maximise the potential benefit of a therapeutic drug. In this way, the placebo effect is an added value that can be combined with therapeutic value to enhance treatment. 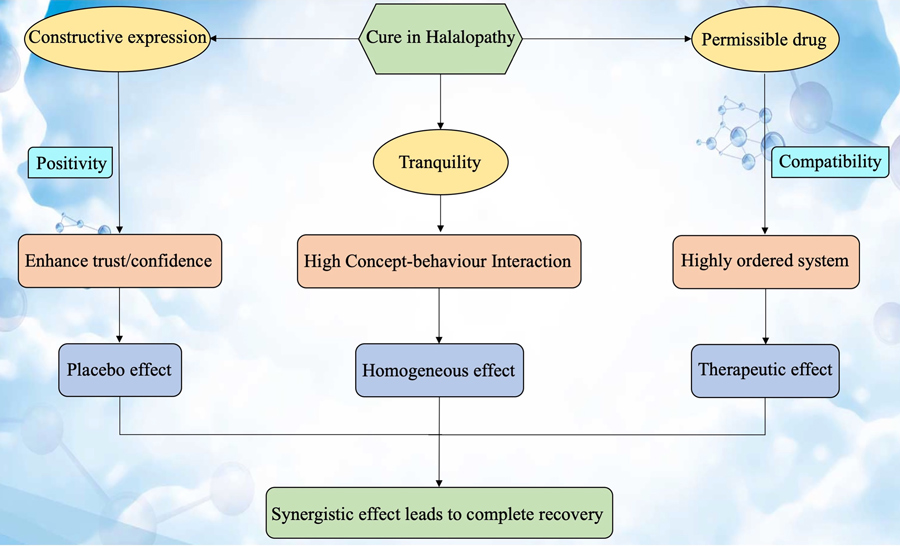 The healing power of entropy?
The core aspect of halalopathy is the concept of entropy. Halalopathy is the first to address entropy as the main target for prevention and cure. Basically, entropy is the level of disorder in a system; it can also be defined as energy that is unavailable for work, through being lost to disorder. If this idea is applied to the human body, potential energy that is lost to entropy is unavailable for healing. Therefore, according to Dr Alzeer, a state of low entropy is ideal for effective healing through medical treatment. Such a state would allow an increase in potential energy, which the body (immune system) could utilise as part of the healing process.

In the context of the complex system of the human body, Dr Alzeer proposes that entropy is strongly connected to self-confidence. Internal disorder, or high entropy, will be reflected in a loss of confidence, and it is highly manifested in the state of anxiety and depression. The goal, according to Dr Alzeer, should be to reach a state of high potential, a state of no fear no grief, in which all parts of the body work together to create a homeostatic response.

Homeostasis, which equates to a state of low entropy, can be influenced by many internal and external factors, such as genetics, lifestyle, diet, and response to stress. It can also be disrupted by disease, which can be viewed as a disorder leading to an internal imbalance in the body. Disease and other factors might generate an energy imbalance within the body, which in turn affects the rate of various physiological processes. Such an imbalance could also impact the effectiveness of drug treatments.

Halalopathy embraces existing treatments and aims to allow the full potential of these medications to be realised.

Compatibility is key
The final part of the halalopathy principle can be found in the concept of ‘compatibility’. The human biological system realigns its structure and function to maintain compatibility with the environment and to reduce energy loss and imbalances that lead to crisis. Effective judgment arises when reality and stored knowledge are compatible. Similarly, effective treatment is established when therapy and the patient’s lifestyle are compatible. The enrichment of behaviour-concept generates a compatible system with high potential.

Compatibility draws together the various aspects of halalopathy. Dr Alzeer suggests that compatibility between mind – the patient’s lifestyles, beliefs and values – and the chosen therapy creates a highly ordered system; consequently, rejection mechanisms will be lowered and the duration of action will be prolonged. When beliefs and therapy are compatible, the mind is in balance (low entropy), which, according to Dr Alzeer, increases the ability of the body (high potential) to cope with drug treatments and thus fight disease more effectively.

A holistic approach
Unlike other forms of so-called ‘alternative medicine’, halalopathy does not seek to avoid conventional medical treatment. Rather, halalopathy embraces existing treatments and aims to allow the full potential of these medications to be realised. Under the principles of halalopathy, the compatibility between drugs and an individual’s beliefs enhances trust and lowers entropy, which is essential for activating the placebo effect derived from trust and increasing overall potential energy. The activation of the placebo effect and potential energy, while reducing entropy, creates favourable circumstances for the initiation of the healing process, which cooperates with the prescribed medication and promotes healing towards complete recovery.

Dr Alzeer acknowledges that much more research into the potential of halalopathy is needed. However, holistic models like this one, which treat the patient as a whole, are well suited to the demands of new forms of personalised medicine. By maximising the scope of existing treatments, concepts like halalopathy have the potential to benefit millions of patients around the world.

Are there any conditions or diseases in which you think halalopathy might be particularly helpful?

<> The aim of halalopathy is to make the prevention and/or cure of diseases more effective. Halalopathy supports patients with anxiety and/or depression mainly by creating a state of no fear and no grief (high potential). Most cancer patients are in a state of high entropy, and in order to achieve a more effective cure, it is essential to reduce the entropy before and during any therapeutic treatment, thereby activating the fighting mode. Alzheimer’s can be significantly reduced if a compatible interaction between concept and behaviour is maintained. Reducing entropy activates human growth hormones, increases the immune response, reduces disorders and leads to healthy aging. 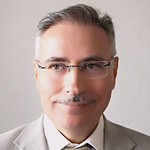 Dr Jawad Alzeer is a senior scientist in the Department of Chemistry at the University of Zurich. His research focuses on the design and production of anti-cancer drugs. Recent work focuses mainly on the innovation of a new concept that might assist in the integration of chemistry, human behaviour and medicine. 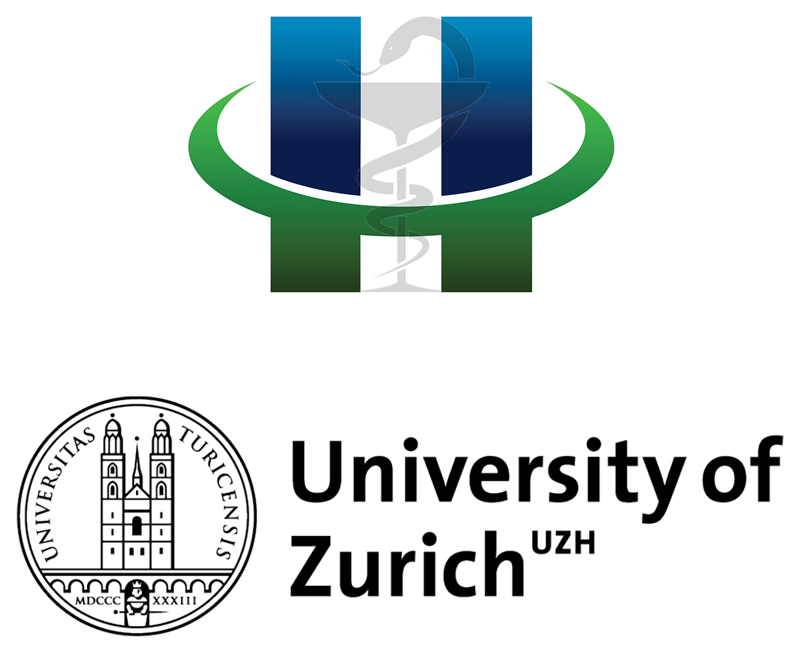