Physical Sciences
When a molecule absorbs light, this can trigger a whole host of reactions. This includes the formation of new bonds or even rearranging the order of the atoms within the same molecule to create new chemical species. These light-induced changes, known as photochemical dynamics, can be challenging to study as they can occur on timescales of femtoseconds, so fast that even the quickest camera would struggle to keep up. Dr Art Bragg and his research group at John Hopkins have been addressing this by using ultrafast laser spectroscopy to gain new insight into how the fastest reactions occur.

How molecules interact with light plays an important part in our daily lives. One of the ways we perceive the colour of an object is because it absorbs all other wavelengths of light, reflecting only the colour we consider it to be. However, sometimes the packets of light energy we call photons – that allow us to see colours and objects – are not so benign. Absorption of a photon may actually trigger reactions that alter the chemical structure of a species.

One common example of this is how paints and fabrics lose their colour and degrade when exposed to light. As the molecules absorb photons and their energy over time, they start to break down and form new chemical species with different optical properties than the original molecule.

However, interacting with light doesn’t have to be destructive for molecules. Some molecules use light energy as the kick to form new chemical bonds. Such photochemistry is a common trick employed by synthetic chemists to make new chemical species that cannot be formed by conventional methods, like heating, alone.

Dr Art Bragg and his team at John Hopkins are using state-of-the-art laser technology to understand exactly what processes occur after molecules absorb photons. By using pulsed femtosecond lasers, capable of producing bursts of photons that last for just quadrillionths of a second, he has pieced together detailed mechanisms of how molecular species are changed by light. 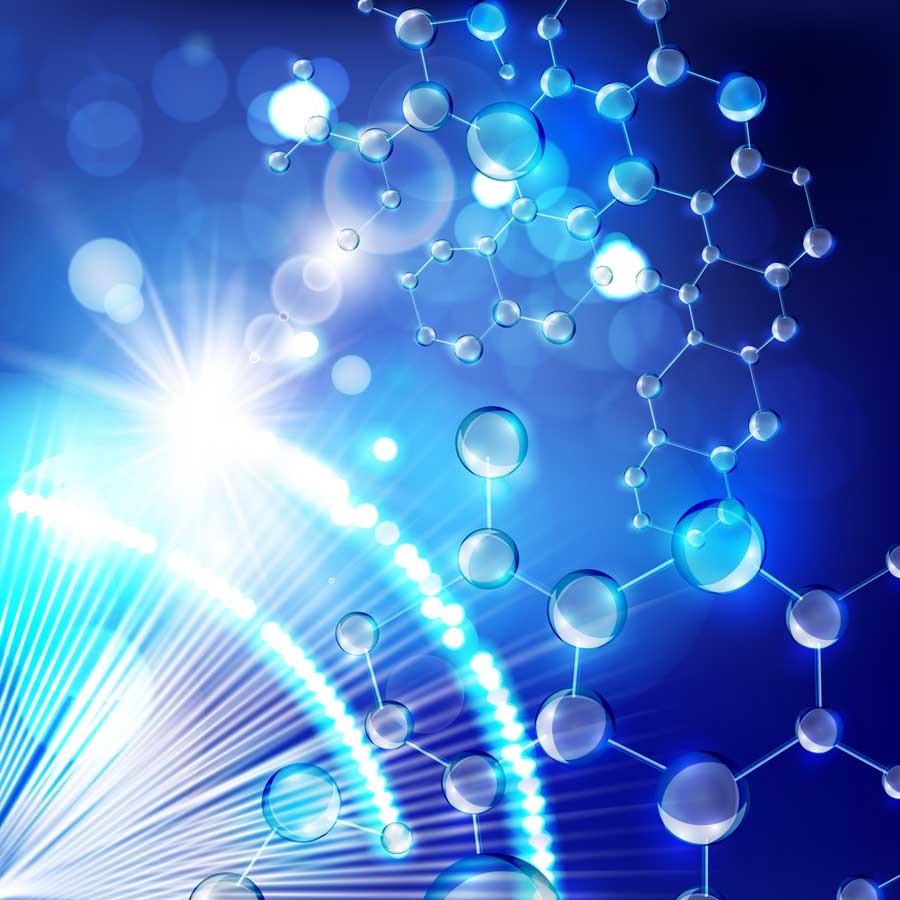 Photochemistry
In one set of research projects Dr Bragg has been applying his femtosecond spectroscopic techniques to understand photochemical bond formation reactions in exquisite levels of detail. In particular, he has explored a class of chemical reactions known as photoinduced electrocyclisation reactions. These are a broad family of reactions where the electron density, either within a molecule or between two or more different molecules, is rearranged to form new chemical bonds in a joined ring. This chemical structure is at the heart of many useful compounds, including polyaromatic hydrocarbons, valuable intermediates in chemical synthesis of many compounds, including pharmaceuticals.

Using a combination of ultrafast spectroscopy and quantum chemical calculations, Dr Bragg has identified key intermediate structures in a photocyclisation reaction. Through knowing these structures, Dr Bragg has deciphered how to structurally modify the starting molecule to influence the final products of the photoinduced electrocyclisation reaction. Ultimately, this involves changing how the molecules behave in the non-equilibrium, or excited, state that the molecule is in after the photon absorption process. Fine-tuning excited state chemistry is an important step in being able to boost product yields for light-induced synthesis of important compounds.

Photoswitching
In addition to driving formation of new bonds, light absorption can also drive a change in the overall shape of a molecule, a process known as photoisomerisation. The structural rearrangement of the positions of the atoms in a molecule happens because certain configurations are stabilised in the excited state which may be energetically inaccessible in the unperturbed ground state of the molecule. This enables molecules to reach new structures following relaxation from these higher-energy states.
Dr Bragg has been focusing on the photoisomerisation processes of molecular switches – molecules that have two different stable geometries that can be interconverted when they absorb light. While the two forms of the molecule have all the same atoms and are structures that normally differ by a twist around one bond, they can have very different properties, including absorbing light at such different wavelengths that the two forms of the molecule are different colours.

One photoswitch that exhibits poor switching efficiency has been particularly interesting to Dr Bragg’s group. The team have found that this photoswitch has different conformers (which are slight structural variations of the same isomer). In turn, the conformers have very different relaxation dynamics, only one of which is reactive for isomerisation. Furthermore, isomerisation efficiency of this switch is impacted by which specific excited state of the molecule is reached by light absorption and the details of the cascade of processes, resulting in its deactivation. When a molecule absorbs excess energy from a photon, this new non-equilibrium state is typically unstable and so the molecule will try to find ways to dispose of this excess energy. To do this might involve conversion between different structures, transfer of energy to vibrations of bonds, or in the case of molecules in solution, by losing energy to the surrounding solvent molecules through collisions. How energetic relaxation occurs and how long it takes is system dependent; some molecules, like those in our DNA, are incredibly efficient at converting light energy to heat, which helps protect us from diseases such as skin cancers, while others might take much longer to relax, making them highly reactive in the meantime.

Dr Bragg’s work is helping us to understand the complex photoinduced dynamics in large organic systems that are building blocks of novel molecular optoelectronics.

Photochemical switches are an exciting class of molecules as they are the building blocks of molecular machines, with the potential to harvest light energy and convert it to useful, mechanical work. They can also be used for optical data storage and for molecular electronics. However, despite the excitement about the myriad of potential applications for such systems, there is still a great deal to be learnt about how they work and how to control their efficiency and properties – exactly what the detailed mechanistic information that Dr Bragg can extract from his experiments can help to address.

Clearer probes of dynamics
As part of Dr Bragg’s work on photocyclisation and photoisomerisation in organic materials, it has been necessary to develop some new spectroscopic techniques. For studying photoinduced ultrafast dynamics, a two-pulse scheme is typically used. One laser pulse triggers the photochemistry of interest and acts as the starting gun for the reaction, the second pulse then acts as a ‘camera’ and probes what changes the system has undergone.

For complex systems, the information obtained by the probe pulse can be difficult to interpret and so Dr Bragg has introduced more complex pulse schemes known as ‘pump-push-probe’ to help isolate which features in the probe signals belong to which of the molecules by selectively manipulating the photochemistry of only some molecular conformers or excited state species.

Dr Bragg’s research is helping us to understand the complex photoinduced dynamics in large organic systems that are building blocks of novel molecular optoelectronics, including organic light emitting diodes and solar cell materials. At present, the incredible speed of light-induced reactions and the fact that there are no general, truly predictive theories for excited state dynamics of molecule mean this is largely unexplored territory, despite the need to unlock the full power and potential of these molecular systems.

What classes of systems will you be turning your suite of spectroscopic techniques to next?

<> We plan to investigate how intermolecular interactions between compounds impact the course and efficiencies of bond formation and competing photophysical processes, which have implications for emissive sensing applications. We will also examine how isomerisation dynamics of some photoswitches are impacted by embedding these structures within cross-conjugated structures, as these motifs have the potential for controlling the conductivity of organic materials optically.

In addition to direct light-activated chemistry, we are also interested in studying long-range energy transfer and long-lived charge separation in molecular assemblies that could be used to drive chemistry as artificial photosynthetic materials. 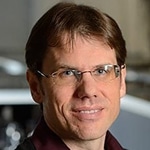 Art received his B.A. from Albion College. He received his Ph.D. (Chemistry) from UC Berkeley where he worked in Daniel Neumark’s lab. He conducted post-doctoral research in the group of Benjamin Schwartz (UCLA). Art joined the Johns Hopkins chemistry faculty in 2010 and was promoted to Associate Professor in 2017.

Dr Bragg’s research programme is focused on elucidating ultrafast processes that underlie the behaviours of light-responsive organic materials. One overarching aim is to acquire insights about the nature, timescales, and efficiencies of processes initiated with light in these materials – such as bond formation, energy transfer, and charge separation.