Antimicrobial resistance (AMR) is a silent pandemic that poses a huge threat to global health and development. The World Health Organization and its partner organisations are seeking to raise awareness of the issue. One approach is through annual monitoring of progress through the Tripartite AMR Country Self-Assessment Survey (TrACSS), for which the 2021 results are now available, www.amrcountryprogress.org. While significant progress has been made, the COVID-19 pandemic has weakened countries’ ability to address AMR. The data highlights the need to better support countries that lack effective and functional multisectoral working groups, monitoring and evaluation frameworks, infection control measures, awareness campaigns, or comprehensive training for health workers. Ultimately, this requires sustained political and financial commitments.

For almost two years, time has seemingly stood still, with the COVID-19 pandemic raging around us. In an era of unparalleled connectedness, mankind has been simultaneously pulled together and thrown apart by the enormity of the impacts. However, COVID-19 is not the only major health threat that we face, nor is it the only pandemic that we are fighting. Antimicrobial resistance, or AMR, is a silent pandemic; known to and understood by only a small number of people, its effects on humankind are profound.

To coincide with World Antimicrobial Awareness Week (WAAW), held annually in November, the World Health Organization (WHO) and its partner organisations, the Food and Agriculture Organization of the United Nations (FAO), and the World Organisation for Animal Health (OIE), collectively called the Tripartite, are seeking to raise awareness of the issue, and to highlight the progress achieved to date.

Miracle drugs facing growing resistance
Hailed as miracle drugs, antimicrobials are one of the great success stories of the 20th century. Natural products with antimicrobial activity (such as herbs and honey) have been recognised for millennia. However, it was not until the ‘discovery’ of bacteria (by Antonie Philips van Leeuwenhoek) in the 17th century, and recognition that bacteria are related to disease (via the work of Robert Koch and Louis Pasteur) in the late 1800s, that a more scientific approach was taken. The first really powerful antimicrobial drug discovered was the antibiotic penicillin, a substance that fundamentally changed medicine. First discovered by Alexander Fleming in 1928, it became widely available following the advent of new purification techniques in the mid-1940s. Since then, countless other antimicrobials, including antibiotics, antivirals, antifungals, and antiparasitics, have been developed.

However, today, less than a century later, humans are becoming the victims of our own success. A rising tide of AMR, which occurs when bacteria, viruses, fungi, and parasites naturally evolve to no longer respond to antimicrobials, threatens our ability to treat infections.

The main driver of AMR is the misuse and overuse of antimicrobials; however, poor sanitation, poor infection prevention and control practices, and lack of access to clean water, have exacerbated the issue by facilitating the spread of treatment-resistant microbes. High rates of drug-resistance are now observed for many common bacterial infections such as tuberculosis, urinary tract infections, and pneumonia. For example, in many parts of the world, fluoroquinolones (a class of antibiotics) to treat E. coli are now ineffective in more than half of patients.

In the call to action against antimicrobial resistance, one weapon is TrACSS – the Tripartite AMR country Self-Assessment Survey.

Global action plan on antimicrobial resistance
In the call to action against AMR, the global action plan on antimicrobial resistance (GAP-AMR) with five strategic objectives, was adopted by all countries in 2015. To track progress of the GAP-AMR, the Tripartite AMR Country Self-Assessment Survey (TrACSS) is focused on monitoring and evaluating the implementation of national action plans (NAPs). Currently on its fifth iteration, the TrACSS survey is completed annually, with each country asked to submit an official response.

Making TrACSS
The survey starts by assessing the development and functioning of multisectoral working groups, NAPs, and national antimicrobial regulations. It then addresses four of the five GAP-AMR strategic objectives: 1) raising awareness; 2) strengthening knowledge through surveillance and research; 3) reducing infections; and 4) optimising antimicrobial medicine use.

2021 TrACSS summary – Human health
The results of the fifth (2021) TrACSS survey have recently been made available (www.amrcountryprogress.org), with a record number of 163 countries completing the survey (accounting for 84% of the total 194 WHO member states). It is noteworthy that all countries of WHO’s Eastern Mediterranean and South East Asia regions submitted a response, almost all countries from the European region (94%) responded, and a greater number of countries participated from the African region (87%), the Americas (66%) and the Western Pacific Region (63%) compared to last year. Link to summary slides.

Effective multisectoral governance is essential for implementing NAPs. In total, 82 countries have established functional multisectoral working groups. However, 68 countries report that while multisectoral working groups have been established, they are not yet functional. Of the responding countries in 2021, there have been greater advances in terms of NAPs, with 140 countries reporting a developed NAP, 95 countries implementing that NAP, and 32 actively monitoring their implementation. Notably, more than 90% of the global population resides in a country that has developed NAPs on AMR, with all countries reporting that the human health sector is actively involved in the development and implementation of NAPs. However, only 46 countries have NAPs that involve all relevant sectors (ie, human health, animal health, food safety, environment, food production, and plant health).

GAP objective 1 – Raising awareness.
Of responding countries in 2021, 65 countries (39%) report government-supported nationwide AMR awareness campaigns targeting all key stakeholders; however, 76 countries (47%) report having more limited, small-scale AMR awareness campaigns targeting some relevant stakeholders, mainly in the human health sector. In terms of training on AMR, 128 countries (79%) report that AMR is covered in at least some training for human health workers; however, less than 10%, or 17 countries, have AMR systematically incorporated into their curricula.

A rising tide of antimicrobial resistance threatens our ability to treat infections.

There is progress in surveillance systems of antimicrobial resistance in human health. The majority of countries (n=118, 73%) are collating AMR data at least nationally, with over half of responding countries (n=87, 54%) having a standardised national AMR surveillance system for data collection and reporting. A total of 18 countries (11%) report being at the highest level; having an AMR surveillance system that links AMR surveillance with antimicrobial consumption and/or use data for human health. Monitoring AMR also requires a strong laboratory network, but just 52 countries (33%) report a national AMR laboratory network in human health at an advanced capacity Level E (ie, a National Reference Laboratory that supports a bacteriology laboratory network for the identification of pathogens and AMR through a systematic approach to cascade training and supportive supervision, including a National External Quality Assurance programme).

GAP objective 3 – Reducing AMR infections in human health.
In total, 56 countries (34%) report the implementation of nationwide infection prevention and control (IPC) programmes. However, most have IPC programmes only implemented in selected facilities, and 33% of countries remain at Levels A and B (that is, no national IPC programme, or one exists but is not disseminated or implemented). The data show that 28% and 26% of countries have NAPs that are linked to WASH and to immunisation, respectively.

GAP objective 4 – Optimising antimicrobial use.
72% of countries (n=115) are actively implementing policies and practices for optimising antimicrobial use in at least some healthcare facilities with guidelines for appropriate antimicrobial use available; and only around 6% of countries (n=10) are at Level E (that is, systemically feeding data on use back to prescribers). A powerful tool to promote optimising antimicrobial use is WHO’s AWaRe classification, which classifies antibiotics into three groups to guide optimal use and monitoring. In the first group (Access), antibiotics are available as a first or second choice for treatment; in the second group (Watch), antibiotics are recommended for only specific use owing to potential drug-resistance; finally, in the third group (Reserve), antibiotics should only be used to treat infections caused by multidrug-resistant organisms. Most antibiotics listed as critically important for human medicine fall into the Watch group. As of 2021, 59 countries (36%) have adopted the AWaRe classification in their national essential medicines list (EML). Worryingly, 17 countries are in Level A, having no knowledge or information about AWaRe.

Impact of COVID-19
As with most facets of life, COVID-19 has impacted on the AMR battle. The fourth TrACSS survey in 2020 saw an 11.8% decrease in response rate. Thankfully, the number of countries engaging with the TrACSS survey rebounded from 136 in 2020 to 163 in 2021. However, 151 of those countries (93%) reported that the COVID-19 pandemic and response had impacted on NAP development and implementation. Among them, 134 (82%) cited governance and administrative impacts (eg, reduced funding, deferred committee meetings, etc,) and 128 (79%) cited operational impacts (eg, deferral of data collection, monitoring, awareness campaigns, etc).

Moving forward
Addressing AMR requires a multitude of targeted actions that are interdependent. So the clear take-home message from the 2021 TrACSS survey is the need to focus on providing support to countries through a programmatic approach to ensure effective implementation of NAPs. Based on the large gaps identified through the survey, targeted efforts are also needed for 42% (n=68) of countries with multisectoral working groups that are not yet functional, the 45% (n=74) of countries with no plan or with an unimplemented plan for monitoring antimicrobial sales, and the 33% (n=54) of countries with no IPC plan or with one that is not yet implemented. Data also suggests that more technical support is needed by countries for strengthening their AMR diagnosis and bacteriology laboratory networks; this is essential to generate evidence to reinforce IPC measures in healthcare facilities, adapt antimicrobial stewardship policies, and other areas of NAP implementation. Countries could also benefit from technical support for developing targeted awareness campaigns, providing training (in particular, systematic inclusion of AMR in health workforce curricula), and integrating AMR activities into other national health and development strategies, including to achieve the sustainable development goals. However, ultimately, these actions hinge on sustained political commitment and adequate financing.

As individuals, what can we do to support the fight against AMR?

An important way to protect against drug-resistant infections is to prevent infection in the first place. Do this by:

If you do get sick, you can also take action to prevent antimicrobial resistance by: 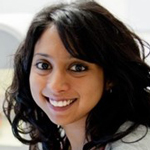 Pravarsha Prakash is a Technical Officer for monitoring and evaluation in the antimicrobial resistance (AMR) Division at the World Health Organization. With strong interests in the One-Health aspects of AMR, she manages all aspects of the global Tripartite AMR Country Self-Assessment Survey, which is jointly administered by WHO annually along with the Food and Agriculture Organization of the United Nations and World Organisation for Animal Health. In addition, she helped develop and publish the global Tripartite AMR monitoring and evaluation framework and its recommended indicators, and provides support to countries to establish their monitoring systems for their multisectoral AMR national action plans. 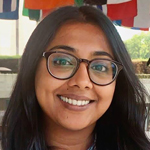 Ponnu Padiyara is a Technical Officer for monitoring and evaluation in the antimicrobial resistance (AMR) Division at the World Health Organization. She manages the analysis and reporting of the results of the Tripartite AMR Country Self-Assessment Surveys, works on the collection of data and analysis of various global AMR indicators, and supports monitoring and evaluation of AMR national action plans.

Ponnu holds an MPH from Yale University and is currently completing her DrPH in Health Security from Johns Hopkins University, USA. She is interested in the intersection between AMR and global health security.

To improve awareness and understanding of the global implementation of national action plans for addressing antimicrobial resistance in human health.