Health & Medicine
Anorexia nervosa is a potentially life-threatening eating disorder which appears to be increasing in children, although this could mean that services are getting better at identifying the condition. Sarah Byford, Professor of Health Economics at King’s College London, led a team that surveyed children and young people who were diagnosed with anorexia nervosa in 2015. They discovered that specialist eating disorders services, rather than generic mental health services, are likely to be the most cost-effective treatment option. Prioritising these services could allow more young patients with anorexia nervosa to receive the best available treatment.

Anorexia nervosa means more than simply being underweight; it is a serious, potentially life-threatening eating disorder and mental health condition. Those who live with anorexia nervosa strive to keep their weight as low as possible by either not eating enough, or exercising far too much, or both. People with anorexia nervosa often have a distorted view of their own bodies, believing they are fat when, in reality, they are often severely underweight. It is possible for individuals to make a full recovery from anorexia nervosa. However, the treatment – which normally centres on therapy – can last for months or years.

Anorexia nervosa is more prevalent in girls than in boys and is most commonly diagnosed in 15- and 16-year-olds. The condition manifests in different ways. Some signs, such as extreme weight loss, may be obvious. Other symptoms, particularly the psychological effects of the illness, are far subtler. Long-term, anorexia nervosa can lead to muscle weakness, fertility issues, a weakened immune system and problems with vital organs, including the heart and brain. In children and young people, anorexia nervosa can have an adverse effect on growth. Tragically, the condition is sometimes fatal.

The incidence of anorexia nervosa
Recently, Professor Sarah Byford of King’s College London and her colleagues carried out a survey to identify how many young people in the UK and Ireland are diagnosed with anorexia nervosa each year (known as the incidence of anorexia nervosa). In this study, the research team used data collected through the Child and Adolescent Psychiatry Surveillance System, a scheme through which hospital and community psychiatrists submit monthly reports on childhood mental health conditions. The data covered an eight-month period in 2015. Doctors in the scheme were asked to submit details of any new cases of anorexia nervosa they had diagnosed during the study period. All patient data was anonymous so no individual could be identified.

The results suggest that for every 100,000 children and young people aged between eight and 17, around 14 are diagnosed with anorexia nervosa each year. Rates of anorexia nervosa in teenagers have stayed fairly stable over the last ten years. Perhaps most troublingly, however, anorexia nervosa appears to be on the increase in children aged 12 and under. Although this could also mean that services are getting better at identifying the condition.

Anorexia nervosa means more than simply being underweight; it is a serious, potentially life-threatening eating disorder and mental health condition.

The cost of anorexia nervosa
Anorexia nervosa is often a long-term, complicated condition, and the life-threatening nature of the condition unfortunately leads to many young people being admitted to hospital. Sadly, some recent evidence suggests that the numbers of young people admitted to hospital for this condition are increasing and the time spent in hospital can be considerable. This means that anorexia nervosa is an expensive condition to treat. In addition, hospital admissions inevitably have a negative impact on a patient’s family, social and school life. There is, therefore, a need to identify the best ways to keep young people out of hospital.

Two routes to eating disorder treatment
Ideally, children and young people with anorexia nervosa would be diagnosed and receive appropriate treatment before their condition deteriorates to the extent that they need to be hospitalised. Individuals affected by anorexia nervosa may try a range of different treatments and services on their path to recovery. If a GP in the UK or the Republic of Ireland believes that a child may be experiencing an eating disorder, they will commonly refer them to either a specialist eating disorders service (if available), or to a generic child and adolescent mental health service (CAMHS).

While either of these pathways may lead to a successful outcome, there is a small amount of evidence to suggest that specialist eating disorders services may be the most effective. So far, however, there has been little research on the relative benefits of specialist eating disorders services versus CAMHS. In addition, we do not know which service is better at keeping young people out of hospital and which is the most cost-effective (the best value for money). This information would help the NHS to ensure that scarce resources are spent on those services that are of most benefit to patients.

To address this problem, Professor Byford and her colleagues used their survey of young people with anorexia nervosa to collect information on the costs and benefits of the two treatment routes. In this in-depth research, the team aimed to reveal the relative cost-effectiveness of CAMHS and specialist eating disorders services. Some previous research had shown that specialist services can be more cost-effective than both inpatient hospital treatment and CAMHS. However, this research is dated, and healthcare provision has changed since it was conducted. Professor Byford and her team hoped to find out if specialist services really are cost-effective compared to CAMHS in the UK and Ireland today.

How was the research carried out?
For all new cases of anorexia nervosa identified in the survey carried out by Professor Byford and her colleagues, doctors were asked to provide details of the young people and their outcomes. These details included age, gender, ethnicity and body mass index, as well as a Children’s Global Assessment Scale (CGAS) score. Doctors use the CGAS to assess a child’s emotional and behavioural health, in a family, social and school context. Used in this way, the CGAS can help to create an impression of the overall impact of an eating disorder on a young person’s life. In addition, the team estimated the treatment costs of each case for a period of 12-months after the young people were diagnosed. These costs were based on NHS reference costs for the various services each young person used.

In total, the team were able to collect data on 298 new cases of anorexia nervosa diagnosed within the eight-month window. All patients were aged between 8 and 17 years. The majority (64%) of these patients were seen in a specialist eating disorders service, while the remaining 36% were assessed in generic CAMHS.

Professor Byford and her colleagues have identified specialist services as the most cost-effective treatment route for anorexia nervosa patients.

The results achieved by Professor Byford and her colleagues support those of older studies, which found that specialist outpatient treatment is more likely to be cost-effective than either inpatient or general outpatient treatment in CAMHS. There is also some evidence that young people receiving treatment from a specialist service are significantly less likely to need hospital admission, compared to those being treated by a non-specialist service.

From the point of view of an individual patient and their family, cost-effectiveness may not appear to directly influence their treatment – at least, not in healthcare systems such as those of the UK and Ireland where most treatments are free to patients. At the individual level, improving health and overall quality of life is the most important goal. However, the work of Professor Byford and her colleagues, could, in fact, directly affect these outcomes by providing evidence to support the continued funding of specialist services. In addition, the results of this study may strengthen the argument for expanding investment in specialist eating disorders services so that more young people can benefit. Currently, not all young people have access to specialist services in their local area. Investing in more specialist eating disorders services could allow more children and young people to receive the best available treatment for their illness. 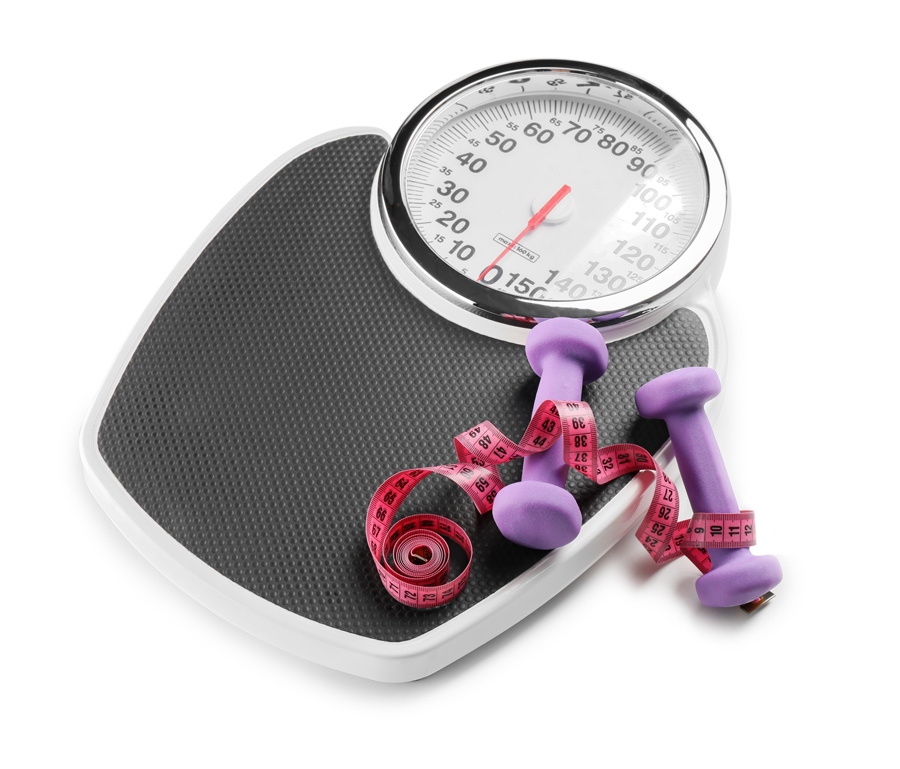 In this study, the researchers were only able to cover a twelve-month period: a short time in the life of a young person, and in the course of an illness like anorexia nervosa. Professor Byford hopes that future research will examine the long-term costs and benefits of different treatment routes, by continuing to follow children and young people through their treatment and, hopefully, into a healthy adulthood.

Do you think that these findings could also apply to the treatment of adult anorexia patients? 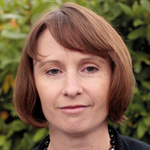 Sarah Byford is Professor of Health Economics at the Institute of Psychiatry, Psychology & Neuroscience, King’s College London. Professor Byford specialises in the economic evaluation of mental health and social care services and has a particular interest in the evaluation of services for children and adolescents, including eating disorders services.

Sarah Byford leads a team of health economists with expertise in designing and conducting high quality economic evaluations of healthcare programmes and policies.

The Norwegian Government which supported the study without any involvement from commercial parties. 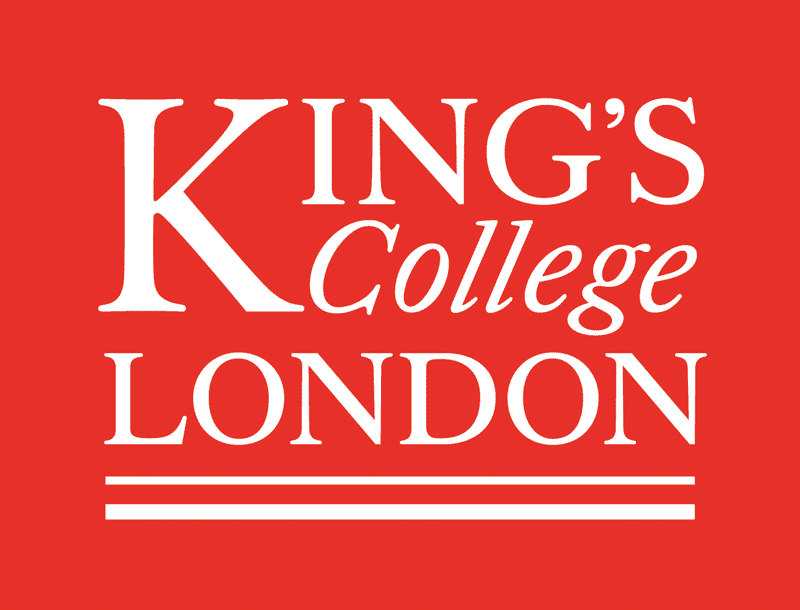