Behavioural Sciences
Dr Alexis Delabouglise, based at the International Center of Agricultural Research for Development (CIRAD), France, and Dr Maciej Boni, at the Center for Infectious Disease Dynamics of the Pennsylvania State University, USA, want to understand how small-scale poultry farmers make management decisions involving their birds’ health. In case of an outbreak of avian influenza, for example, understanding the farmer’s views on subjects like vaccination and depopulation through culling or sale is essential to define the best government interventions to achieve disease control.

Small-scale farms are essential for the livelihood of millions of people around the world. However, these farms can also be the source of dangerous diseases that can be transmitted from animals to people, with potentially fatal consequences for humans. In poultry systems, examples include bacterial diseases like salmonellosis and Campylobacter, and viral diseases like Newcastle disease and avian influenza.

Avian influenza–commonly known as bird flu–can affect over 100 different species of wild birds, including gulls, geese, and swans. Domesticated poultry, like chicken and ducks, can become infected if they come into contact with wild birds carrying the virus, which can result in the disease spreading in the domestic population through direct contact between birds or through contaminated equipment. 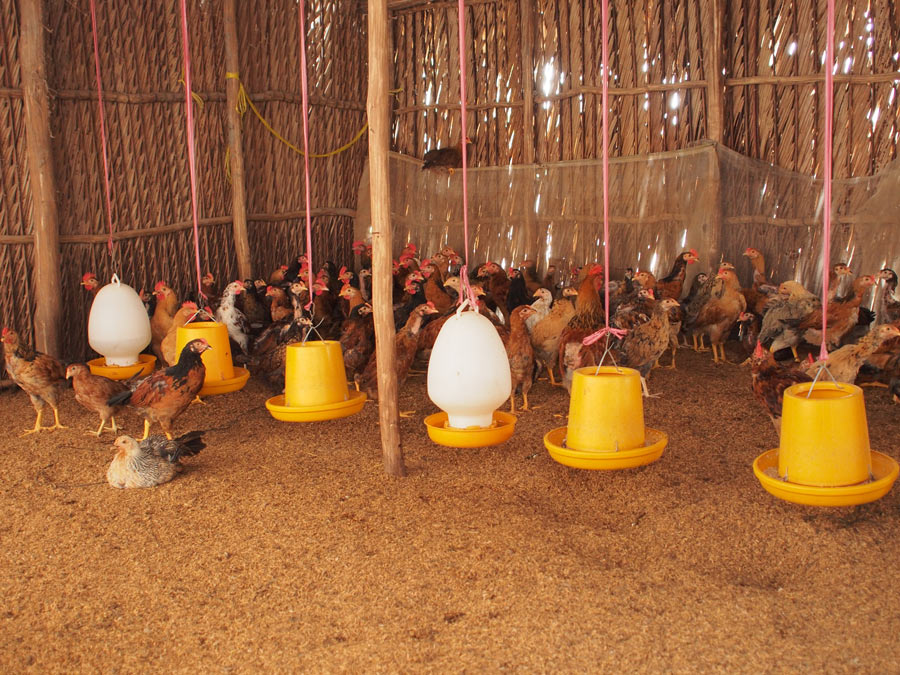 The highly pathogenic form of avian influenza began to attract the attention of the scientific community worldwide when the first cases of people infected with bird flu started appearing in 1997. These cases are rare, and the spread of the virus from one sick person to another is even rarer. However, as the virus may change in the future and gain the ability to spread with human-to-human contact, monitoring how the disease disseminates is vital for public health.

One of the teams working hard to understand how this disease spreads is based at the French Agricultural Research Centre for International Development (CIRAD). Dr Alexis Delabouglise and Dr Maciej Boni (Penn State, US) are keen to study how decisions taken by farmers in terms of poultry vaccination and marketing of potentially infected birds affect disease dissemination.
“Analysing farmers’ response to disease risks helps us understand the conditions favouring the emergence and spread of livestock diseases and to determine which policy interventions should be used in consequence”, said Dr Delabouglise.

Well-intentioned policies do not always work
To achieve this aim, Dr Boni and his team started developing theoretical models to explain behavioural epidemiology almost ten years ago. These models show that well-intentioned policies do not always have the desired result in the field. For example, government interventions that involve paying farmers when their infected animals are culled can encourage farmers to raise more animals to receive more payments, promoting the spread of the disease. “This is an old problem in economics”, explains Dr Boni. “If you pay farmers full-price for their dead or infected chickens, you create an incentive to increase infection”.

However, if a sufficiently high number of farmers understand this problem and follow a strict culling policy for all animals in their farm, it may be possible to create disease-free conditions which can be maintained long term. Governmental measures, such as vaccination or disease surveillance programmes with penalties enforced on contaminated farms, such as bans on poultry sales, can encourage farmers to remove potentially infected birds and create a disease-free environment. Farmers’ strategy is best explained using game theory. “If the disease is present in my farm and I know my neighbours are either vaccinating their birds or removing their infected flocks”, said Dr Delabouglise, “then I have some assurance that future flocks will be at low risk of contamination with pathogens from neighbouring farms”. As a result, the best strategy for farmers is to sell or cull infected animals and repopulate the farm with healthy birds. This is an example of self-reinforced behaviour that can lead to disease control.

However, despite the positive effects on the farm, disease management through depopulation may have undesired consequences further afield if sold infected birds make their way to the market and contribute to disseminate the virus to other farms. In this case, penalties on infected farms, – especially without the backing of a vaccination campaign – encourage the marketing of infected birds, which can not only increase the risk of the disease spreading but also reduce farmer income. Inevitably, this leads to higher costs both for the poultry industry and for public health. In this situation, government policies will be more efficient if they rely on implementing better sanitary conditions on the farm and establishing an affordable and accessible vaccination strategy to maintain immunity in the bird population.

How to reach disease control
Moving from theoretical approaches to real-life situations, Dr Delabouglise analysed data from over 50 small poultry farms (ranging from 10 birds up to a few hundreds) in the Mekong river delta, in southern Vietnam. The aim was to understand whether the models developed previously can accurately explain farmer behaviour.

The Mekong river delta is home to about one-fifth of Vietnam’s poultry farms. This region is also at significant risk for bird flu as domestic birds are kept in dense populations and often allowed to roam freely and scavenge for food. Very few farmers follow all-in all-out procedures. Most small-scale farmers have mixed chickens and ducks of different ages, with birds ready to go to the market in close contact with young chicks. This type of farm management perpetuates disease circulation in these farms.

Early sale to avoid heavy losses
According to the study’s results, small-scale farmers sell their birds early upon observing signs of disease. In case of severe symptoms with sudden death, the probability of sale of broiler chickens is increased threefold. The amount obtained from this sale may be low, as traders use disease symptoms as a way to negotiate a lower price, but this is still more advantageous for farmers than keeping the birds. As birds are sent for sale at local markets or transported by itinerant traders, the risk of spreading the disease in the farm is eliminated, but the risk of disseminating the virus to other areas is increased.

This dual effect is particularly visible in small flocks. In contrast, for farmers with large flocks, the decision to cull all the animals is delayed until cases of sudden death start to appear. For these farms, attempting to sell their birds quickly requires large-scale traders who tend to offer lower prices. In addition, while small flocks can be easily replaced via local markets, larger farms have much higher replacement costs, and therefore more to lose if an outbreak starts.

It is vital to understand small scale poultry production and what factors influence the decisions made by local farmers.

Vaccination and game theory
For the reasons highlighted above, larger poultry farms are much more likely to vaccinate their birds and keep them indoors, avoiding contact with wild birds. This situation creates an interesting scenario which can be explained by the rules of game theory. “Imagine you are a poultry farmer, and you know your farm is at risk of infection with a disease, you may be tempted to vaccinate your animals”, explained the two researchers. “But if the poultry of all neighbouring farms are vaccinated, the risk that your poultry gets infected is actually quite low, and so you are better off not vaccinating to save money”.

In other words, if a fraction of large-scale farms vaccinate their chickens, they are also protecting their neighbours, including those small-scale systems that do not vaccinate. In addition, it is also likely that birds from small flocks are only sold locally, and less likely to have their vaccination status questioned. This environment makes vaccination seem less appealing for these farmers. The problem is that this decision to avoid vaccination means coverage of small farms may not reach a level high enough to create herd immunity and control the disease. This is where government intervention may be needed to establish a vaccination programme.

Another option is to encourage small-scale farmers to cull their infected flocks of birds in case of outbreak without sending them to market, since the cost of depopulation is low for this type of farm. In the Mekong river delta, such arrangements exist, with large scale producers offering indemnities to small-scale farms in compensation for the destruction of their birds when outbreaks occur.

Identifying the origin is not enough
Controlling the spread of diseases like bird flu – on smallholder farms and local markets – will continue to be crucial to reduce the risk of infection in humans. Identifying the origin of outbreaks is a critical component of control, but it is not enough. Dr Delabouglise maintains it is vital to understand small-scale poultry production and what factors influence the decisions made by local farmers. The aim is to develop better tools to control bird flu outbreaks in small poultry farms and identify the most effective government policies to implement in each case.

“If we ignore the active role that poultry farmers play in the control and dissemination of avian influenza, we may miss another opportunity to curtail an emerging disease outbreak at a stage when it is still controllable”, concludes Dr Delabouglise. 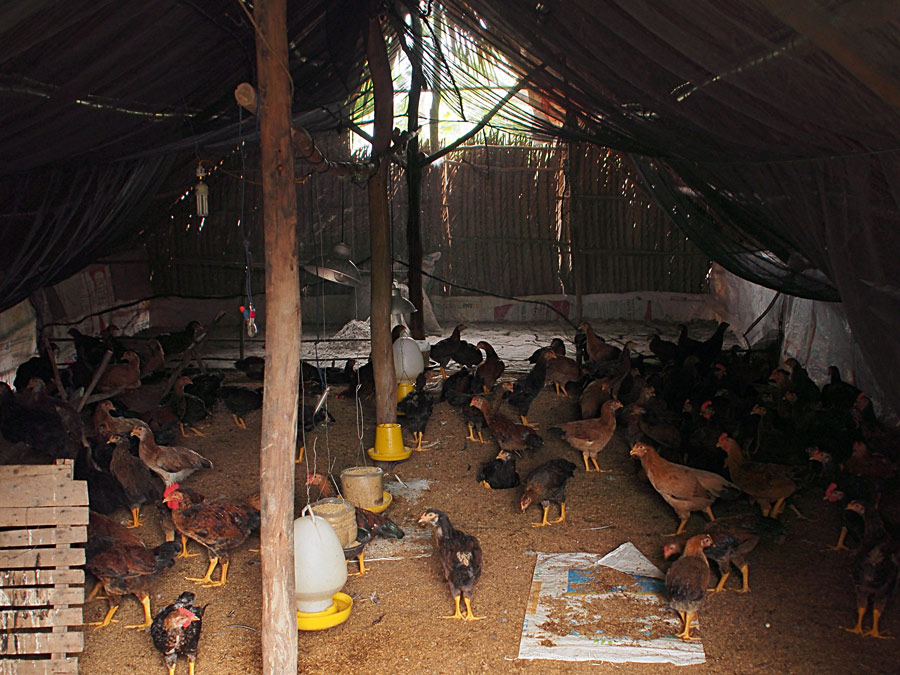 When and how should the government intervene to fight a bird flu outbreak?

<> Government intervention is justified when the societal cost of the disease is high–as is true for avian influenza–and when the market forces are insufficient to control a disease, i.e. when private incentives alone do not lead to sufficient disease control investment by farmers or when the management of the disease by private actors generates negative externalities. One example is when infected animals are sent to the market, exposing other farms, workers and consumers to the virus, instead of being culled.

The most appropriate state intervention depends on many factors which are most often overlooked when designing disease control strategies. The types of farming systems and value chains present in the country are a critical determinant of the acceptability and efficiency of interventions. In general, promotion of preventive actions like vaccination and biosecurity have positive effects, while penalties on infected farms can generate negative effects if infected flocks are sold in trade networks and propagate the infection. Small-scale farmers are less likely than large-scale farmers to invest in building, equipment and technologies to control diseases, while depopulating and repopulating their farms is easier for them, so government can either use state-funded vaccination campaigns or promote the culling and disposal of sick birds in these small-scale farms. 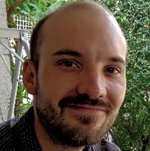 Alexis Delabouglise is a researcher and veterinarian, specialised in the economics of control and surveillance of animal diseases. He completed his PhD in 2015 on the socioeconomics of avian influenza surveillance in Southeast Asia. He has been working at CIRAD (Montpellier, France) since 2019. 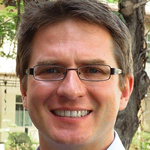 Maciej F Boni is an Associate Professor of Biology at Pennsylvania State University and an Honorary Visiting Research Fellow in the Nuffield Department of Medicine at the University of Oxford. He lived in southern Vietnam for eight years where he ran field studies on influenza virus.

Alexis Delabouglise specialises in the study of interactions between the dynamics of infectious agents and behavioural adaptations of animal production stakeholders.

ENACTS: Risk, Resilience, and the Revitalisation of Climate Services in the Developing World
Earth & Environment
Read This Article
Shaping the harvest: What determines crop shape?
Biology
Read This Article