Physical Sciences
What happens when the method used to search out an answer appears to have an effect on the answer itself? In the field of Statistical Physics, two different approaches have been used to describe the particle kinetics: the so-called Master Equations; and their counterpart, the Fokker–Planck Equations. But which is better and why does the approach used have an effect on the result? Professor Giorgio Kaniadakis, of the Polytechnic University of Turin, and Professor Dionissios Hristopulos, from the Technical University of Crete, are using a statistical approach to try and find the solution.

At first glance, our entire universe appears to be continuous: an endless sea of space and time, stretching out in every direction. It’s not – but it’s not obvious. It isn’t at all obvious, for example, that, when watching a beautiful summer sun set on the horizon, you are actually looking at the sun through a sea of billions of tiny particles of gas – and that the signature orange-red haze in the sky is a by-product of the fact that those gas particles are made up of discrete atoms and obey the rules of Quantum Mechanics. We know this now, but we didn’t always. Until recently, everything in science was assumed to be continuous – the discovery of Quantum Mechanics changed that. World leading scientists, such as Albert Einstein and Max Planck, set out to find the rules that would allow us to make sense of this new universe. A universe made up of discrete particles of matter and energy. The theories they developed at the turn of the century changed the world forever. 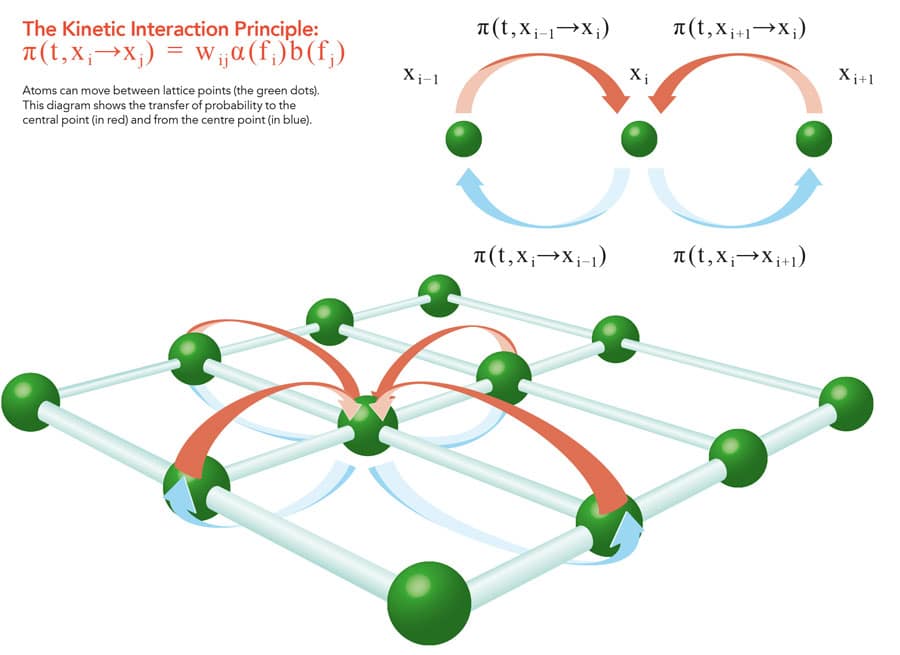 Just as we can imagine a liquid (or gas) as a sea of atoms, so too can we imagine a solid material. In the case of a solid, however, the atoms don’t move around as freely: they are held in place by stronger chemical bonds than their counterparts and end up arranged in a well-structured manner. Scientists call this array of atoms the crystal lattice – an imaginary construct that positions the atoms relative to one another. As you can imagine, the crystal lattice can take on different shapes, depending on the chemical properties of the atoms that occupy it, with the simple cubic lattice being one of the easiest to understand. Imagine building a fort out of cardboard boxes. If you use boxes which are cube shaped – with each one the same size – then when you build your fort up, the boxes will fit squarely on top – and side by side – of one another. You could even build another, much larger cube out of the boxes. Now imagine that an atom sits at every corner of a box. This is what happens in a simple cubic lattice structure.

Particles can – and do – move around in solid materials. Electricity, the flow of electrons through conductive materials, is a notable example but entire atoms can also move around between lattice points. And, just like energy and matter are quantised in Quantum Mechanics, this motion of atoms takes place in discrete jumps, from lattice point to lattice point, and can be described in physics in a number of ways. The Kinetic Interaction Principle (KIP) expresses the transition probability of a particle moving from one lattice point to another. This motion of particles can be described by two different sets of equations: the Master Equations and the Fokker–Planck Equations.

Master equations are the mathematical tool used to describe the dynamic evolution of physical processes on lattices.

The discretisation problem
When using mathematics to solve real physical problems, the first step is often to discretise the problem. This means that we break the problem up into smaller, more manageable chunks so that the rules of mathematics are easier to apply. To achieve this so-called discretisation, a number of different methods have been developed, each with their own sets of assumptions and intricacies that need to be considered when such methods are applied.

In their recent paper, Nonlinear Kinetics on Lattices Based on the Kinetic Interaction Principle, Professor Giorgio Kaniadakis (Polytechnic University of Turin) and Professor Dionissios Hristopulos (Technical University of Crete) investigate whether the Master Equations or Fokker–Planck Equations are better for understanding how atoms move between lattice points within solid materials. Their paper presents some interesting points.

The Master Equations are discrete in nature by construction, but the Fokker-Planck Equations are not. ‘The motion of particles in lattices involves discrete jumps between the lattice sites,’ says Professor Kaniadakis. ‘Master equations are the mathematical tool used to describe the dynamic evolution of physical processes on lattices [and] their solutions determine the probability of finding a particle at any time at a specific lattice site’. On the other hand, the Fokker–Planck Equations assume that space is continuous. However, space and time must be discretised in order to achieve a mathematical solution of these equations on electronic computers. An interesting result is that the method used to discretise the Fokker-Planck Equations has an effect on their final outcome.

When the approach affects the outcome
Science is often described as the pursuit of knowledge. While this idea isn’t entirely false, it isn’t entirely true either: it places too much emphasis on the ultimate goal, i.e., knowledge itself. In science, the pursuit is also important. When the road followed in the pursuit has an effect on the outcome, something interesting is going on. In the case of the Fokker–Planck Equations for specific discrete systems different discretisation approaches produce different end results, obscuring the one, true solution.

In order to overcome this ambiguity, Professors Kaniadakis and Hristopulos used a Statistical Physics approach, which encompasses particles that behave as fermions, bosons or anyons, to tackle the problem. Starting with a simplified version of a well-known Master Equation, and applying it to a theoretical one-dimensional gas, they show that it can be used to derive the Kinetic Interaction Principle (KIP) for that system. Studying the KIP, and generalising it into 3D space, allows the researchers to make some physical predictions about realistic lattice systems. The approach is then further refined by introducing a new quantity into the KIP: the Discrete Fokker–Planck Current. This allows Professors Kaniadakis and Hristopulos to close the loop by arriving at a continuum Fokker-Planck equation starting from a discretised Master equation.

The results show that the Master Equations can be used to produce a set of Fokker-Planck Equations which can then be solved numerically for a real physical problem. ‘This approach resolves the ambiguity that results from different numerical discretisation schemes of the Fokker–Planck equation,’ they explain in their recent paper. ‘The proposed discretisation scheme based on the master equation is physically motivated and follows from the KIP that describes microscopic nonlinear dynamics’. This means that the solutions are based on the physical system itself and are therefore a better starting point for describing the motion of atoms within a lattice than any previous approach.

You don’t have to be a religious person to recognise that the above statement holds true in certain economic situations: the idea that ‘the rich get richer while the poor get poorer’ has been around for a very long time. Surprisingly, Professors Kaniadakis and Hristopulos have shown that it is an idea that applies equally well to the exchange of mass between interacting grains of matter. Their new approach incorporates a system with a particular form of KIP that can have two equilibrium states: a democratic state, where the mass is distributed equally amongst the grains; and an elitist state, where grains that were initially large increase in size over time, at the expense of grains that were initially small.

Using master equations as the starting point, the researchers show how to discretise the Fokker-Planck equations in agreement with the physical reality.

‘Perhaps one could view the mass-exchange grain system as a crude paradigm of social dynamics that represents the exchange of wealth between individuals,’ jokes Professor Hristopulos. An idea that might not be as far-fetched as it sounds – statistical physics has found its way into many other fields, from psychology to traffic control and even economics.

Professor Giorgio Kaniadakis, of the Polytechnic University of Turin, and Professor Dionissios Hristopulos, from the Technical University of Crete, took an advanced Statistical physics approach to describe how atoms move around on a crystal lattice. They show that, by using a set of well-known Master Equations as a starting point, they can solve the Fokker-Planck Equations that describe the system without any of the ambiguities associated with other approaches. Their solutions are based on the physical state of the system itself and are, therefore, a much better starting point than any previously reported approach. Their results have interesting implications in a number of fields – from Condensed Matter Physics to Solid State and Chemical Physics – and will help us to understand our world in a more robust way than was previously possible.

On working on such a high-level mathematics based problem, do you think there have been any particular challenges or benefits to running a collaborative project from completely different countries? Collaborations always appear to work best when each member of the team brings a specific skill, or approach, that complements with another team member’s skill, or approach. How do you think your individual skills and experience have complemented each other?

<>Geographical distance is not an obstacle for scientific collaboration these days. While it is nice to be able to meet face to face and discuss ideas in front of a blackboard, it is equally important to work with people who share research interests and have compatible methods of work, from the planning of the research to the writing up of the results. Our skills are complementary in the sense that both of us have formal training in physics; one of us (GK) focuses on fundamental aspects of statistical mechanics, while the other (DH) emphasises applications of statistical mechanics in other fields (e.g., data analysis). This research is the result of an ongoing collaboration between the two groups, and provides a natural springboard for continuing the collaboration into the future.

When kinetic theories clash, mind the lattice step: A statistical physics approach to the motion of atoms within materials was last modified: January 15th, 2019 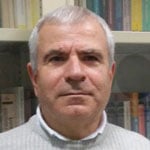 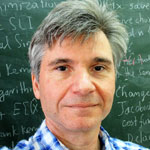 Giorgio Kaniadakis is a theoretical statistical physicist, author of more than 120 articles (h-index=29). He serves as Editor of several journals of physics and has edited 18 Special Issues of journals quoted in the Web of Science. He has been involved in the organisation of more than 20 conferences and is the founder of the SigmaPhi International Conferences on Statistical Physics.

Dionissios Hristopulos studied physics at Princeton University. After two years in the Greek military, he worked as postdoc and then as research Assistant Professor in Environmental Sciences and Engineering at the University of North Carolina (Chapel Hill). In 2000 he moved to the Pulp and Paper Research Institute of Canada and in 2002 to the Technical University of Crete, where he currently works as a Professor in Geostatistics.

Professor Giorgio Kaniadakis (Polytechnic University of Turin) and Professor Dionissios Hristopulos (Technical University of Crete) investigate whether the Master Equations or Fokker–Planck Equations are better for understanding how atoms move between lattice points within solid materials. 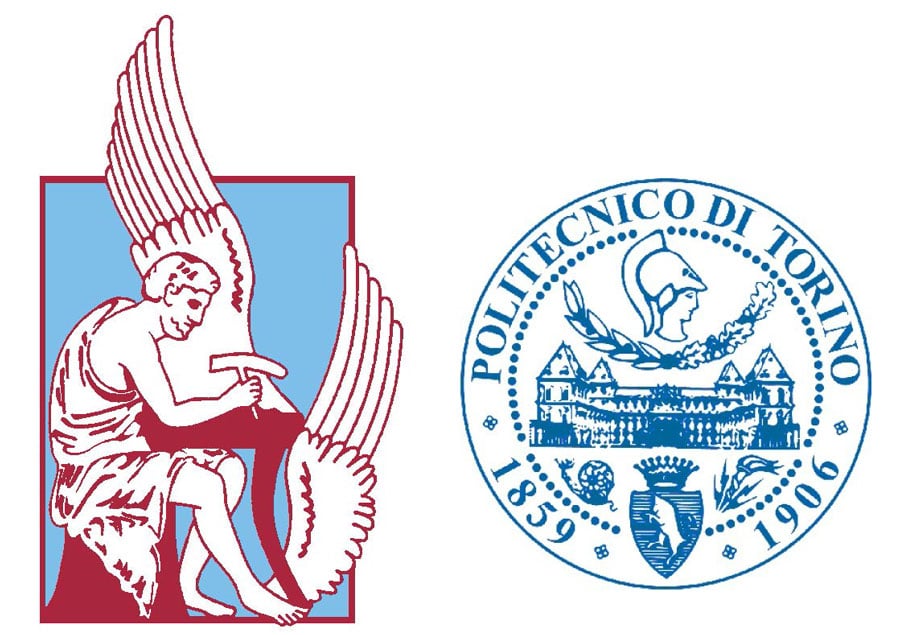 2 thoughts on “When kinetic theories clash, mind the lattice step: A statistical physics approach to the motion of atoms within materials”