Biology
Using a new method to study migratory routes of scalloped hammerhead sharks, Dr Claire Coiraton and Dr Felipe Amezcua, based at the National Autonomous University of Mexico, identified a more complex picture than previously thought. It turns out that not all sharks follow the same pattern of movements, with some preferring to stay in coastal areas while others opt for deeper waters. This information is vital to develop appropriate conservation measures to protect this endangered species.

The scalloped hammerhead (Sphyrna lewini) is a species of hammerhead shark. The most recognisable feature of these sharks is the ‘hammer’ on the head, with eyes and nose located at the tips of these extensions. They are a reasonably large shark, but still smaller than the great hammerhead. Found along the Mexican coast in the Pacific, young sharks typically live in shallow coastal waters for the first few years of their lives – but what happens after that is still a mystery. It is believed they migrate to deeper waters to find food until they reach full adult size when they eventually return to their original grounds to find a mate.

Knowing that identifying their movement patterns would be vital for successful conservations efforts, Dr Claire Coiraton and Dr Felipe Amezcua, both based at the National Autonomous University of Mexico, want to shed some light onto these migratory routes. Physical tagging is undoubtedly the most common way to study animal migrations, but the researchers are keen to try a different approach. Their method of using in-utero vertebral microchemistry has not been tested on sharks before, but Dr Coiraton and Dr Amezcua believe it has great potential to use with these animals.

Microchemical signatures
The idea is simple: analyse the chemical composition of the sharks’ vertebrae, which should be a reflection of the composition of the water where they lived. This method has proven a powerful tool to assess the place of birth and migratory patterns in several marine species. “Recent work suggested that chemical signatures derived from trace elements deposited in the vertebrae of sharks during growth reflect the environmental conditions of the water mass in which they have been exposed”, explain Dr Coiraton and Dr Amezcua.

In other words, certain chemical elements present in the water are continuously incorporated into the vertebrae as sharks grow. They serve as markers to pinpoint the sharks’ movements. For the researchers, “this offers great potential to examine questions related to habitat and migration patterns of hammerhead sharks by analysing the vertebral elemental signatures”.

Three chemical elements are key for this approach: strontium (Sr), barium (Ba) and lead (Pb). The first two are typically analysed as a ratio to indicate the level of salinity: strontium is abundant in deep water with high salinity, whereas barium is present in regions with low salinity. Levels of lead complement this information by highlighting polluted areas, usually associated with more coastal environments.

Maternal tag
To establish the viability of using this new approach, Dr Coiraton and Dr Amezcua started by testing vertebrae from pregnant females and their embryos. Scalloped hammerhead sharks have quite a long gestation period of 10 to 11 months, giving plenty of time for the maternal supply of nutrients to influence the composition of vertebrae of the embryos while in utero. This mechanism is possible only after the formation of the placenta when shark embryos are nourished directly from the mother’s bloodstream.

With the new approach, Dr Coiraton and Dr Amezcua were not only able to identify embryos from the same litter, but they could also match each litter to their respective pregnant female. “As a viviparous species with a long gestation period, the chemical signatures deposited in the vertebrae of developing embryos provide a maternal tag reflecting the habitats occupied by their mother”, explain the researchers.

It turns out that hammerhead sharks exhibit more variable migratory patterns than expected.

Migratory patterns for females
Once they established that the new chemical approach was a viable method to study migratory patterns of hammerhead sharks, the team could then start to map out their travels. Their results confirm that both young females and males tend to stay in coastal waters for the first few years of their lives. Surprisingly, females opt to leave these waters at a younger age than males: 3–5 years in females compared to 4–7 in males. Researchers believe females go out searching for high-energy foods sooner than males to obtain the larger body size needed for future pregnancies.

After about a decade, females return to the same location during gestation. Curiously, vertebrae analyses detected two distinct migratory patterns for pregnant females. Most females stayed offshore during the initial stages of gestation only to decide to quickly head back to coastal waters just before birth, whereas the remaining females opted to travel to shallow waters early in gestation and stay in the same location. This movement was visible in a declining Sr:Ba ratio for the first group as they moved from deep to coastal waters, while the second group showed a more constant ratio indicative of more restricted movements.

“The reasons why some females presumably remained nearshore during the gestation are unknown”, say Dr Coiraton and Dr Amezcua, “especially considering that adults are thought to migrate offshore as a strategy to increase their foraging success by feeding on energy-rich preys”. It might be that having two groups of pregnant females in different locations can minimise the risk of predator attack or poor environmental conditions and maximise the chances of taking the pregnancy to full term.

This phenomenon is known as partial migration and is considered a strategy to limit predator attacks or unfavourable environmental conditions. Even if one group of pregnant females failed to reach full term due to low food levels, the other group would still be able to deliver their young and prevent severe losses in the population.

However, there are still many unanswered questions. Not all females follow these patterns, with some animals living in vastly different habitats during their lifetime. Also, it is important to note that this approach only detects movements that last at least three weeks. Any short trips where animals leave that location quickly is not enough to leave a mark that can be incorporated in the vertebra.

Migratory patterns for males
When it comes to males, results also show quite a variable pattern of movements. After staying near the shore for the first few years of their lives, some sharks eventually migrate to deeper water. For some males, this is a decision that lasts a lifetime, while others return to coastal waters after living offshore for a period. Curiously, there is also a third group of male sharks that remain nearshore all their lives. The research team believes that “alternating among these strategies might have important impacts on the resilience of the population to the fishing pressure because reproductive individuals might be more susceptible to fisheries while remaining nearshore”.

The migratory patterns unveiled by Dr Coiraton’s and Dr Amezcua’s team are going to be essential to establish new conservation strategies to protect this already endangered species.

The reason why some males return to the shore or never leave in the first place is still unexplained, as they don’t need to stay in shallow waters. The researchers suggested that these males may be looking for an opportunity to mate with females returning to the coast to give birth.

It turns out that hammerhead sharks exhibit more variable migratory patterns than expected. They seem to have a stronger affinity to shallow and coastal waters, with only a limited number of animals opting for deep-water habitats for their entire life. Most males will at some point return to coastal waters.

Conservation efforts
Sadly, most species of hammerhead sharks have disappeared from Mexico’s Pacific Coast. Nevertheless, the scalloped hammerhead shark is still prevalent in this area despite being heavily fished. According to Dr Coiraton and Dr Amezcua, the persistence of scalloped hammerhead sharks in the Mexican Pacific “might be linked to its behavioural plasticity of movement and habitat use rather than its life history characteristics (i.e. slow growth, late age at maturity)”. In other words, the fact that not all animals follow the same migratory pattern seems to be an advantage, allowing them to survive where similar species have failed.

However, this makes studying this species and understanding their movements even more complex. For the authors, assessing their migratory routes is the first step to “ensure that populations of the scalloped hammerhead shark in the Mexican Pacific are properly protected through conservation and management tools”.

Considering how long some animals stay in coastal waters, current fishing measures, such as seasonal prohibition between May and July only, may not be adequate to ensure sustainable management of the shark population. Pregnant females, in particular, are highly susceptible to overfishing when they return nearshore during gestation. The migratory patterns unveiled by Dr Coiraton’s and Dr Amezcua’s team are going to be essential to establish new conservation strategies to protect this already endangered species.

How could this work help in the development of better conservation measures to protect the scalloped hammerhead shark?

<>Migration is vital for marine species adaptability as it determines the colonisation rate of new habitats and the exchange of individuals among geographically separate groups, as well as the resilience of a population to harvest. Identifying patterns of movement is therefore crucial to ensure that populations are properly protected through conservation and fishery management tools.

Considering that scalloped hammerheads exhibit stronger affiliation with coastal habitats than previously assumed, and that most pregnant females returned to coastal habitats before term, better management measures should at least include a three months extension of the currently implemented fishery closure (May-July) to protect those females entering sooner the nearshore habitats (around March), as well as most of the neonates before these begin moving away from the shore around late August. These measures should help preserving the reproductive potential of this critically endangered species’ population.

The establishment of a minimum catch size does not seem an adequate solution for this species as it is susceptible to be incidentally caught anyway by other fisheries operating throughout the year due to the anatomy of its head and the diversity of fishing gear used in the region. 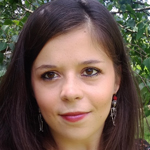 Dr Claire Coiraton is recently graduated with a PhD in marine biology from the National Autonomous University of Mexico. Her main research interests are the spatial ecology and behavioural plasticity of elasmobranchs to evaluate how interactions between life history traits and ecology may affect a population response to fisheries and environmental changes and achieve sustainable fisheries practice. 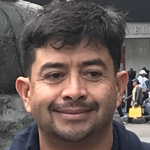 Dr Felipe Amezcua is a fish biologist and professor at the Institute of Ocean Sciences and Limnology of the National Autonomous University of Mexico. His research is mainly focused on the trophic and spatial ecology of estuarine and coastal fish species, mangrove food webs and productivity, fish contamination by trace and heavy metals and effects of fisheries and climate change on marine ecosystems.

Funding for this research was provided by CONACyT, the project PAPIIT-IG201215, the Western Division of the American Fisheries Society and the Alianza WWF-Fundación Carlos Slim.