Co-seismic groundwater changes can have profound implications for water quality. Many studies have investigated earthquake-induced hydrochemical changes; however, the underlying mechanisms remain disputed. Dr Gilberto Binda and colleagues have shown that in the aquifers of the Italian Apennines, changes in water chemistry, temperature, and flow rate can follow earthquakes, and are for the large part transient. However, many changes are site-dependent, reflecting local hydrogeology rather than the seismic mechanism itself. Moreover, proximity to the epicentre is not always predictive of the magnitude and/or timing of the groundwater response. As such, using groundwater variables as earthquake predictors remains elusive.

Earthquakes are powerful geological phenomena that can have far reaching impacts. While the most visible of these impacts are widely recognised, lesser known consequences are no less important. At the Università degli Studi dell’Insubria and University of Nevada Reno, Dr Gilberto Binda and his colleagues (including Paula Noble, Andrea Pozzi, Alessandro Michetti, and Michael Rosen) have been investigating co-seismic groundwater changes, which can have profound implications for water quality and water resource management.

Earthquake-driven groundwater changes have been observed throughout human history, most commonly in the form of sudden spring, stream, and well water level variations. The last decade has seen an exponential increase in studies focused on earthquake-induced hydrochemical changes; however, the underlying mechanisms remain disputed. Advances in understanding are inhibited by a large range in data types and analysis methods, and because most studies are limited in spatial and/ or temporal scope.

Earthquake-driven groundwater changes have been observed throughout human history.

Springing forth in central Italy
With funding from the Università degli studi dell’Insubria (Insubria University) and the National Science Foundation, the research team are addressing these issues by synthesising data from 30 years of studies in the Apennine region of Italy. While many hydrochemical studies have been conducted in the area, most had a narrow focus, considering only a small number of parameters, a single aquifer, and/ or a single earthquake sequence. By combining the data together, Dr Binda and his colleagues have been able to form a more holistic view of hydrochemical phenomena linked to medium and large earthquakes.

The density of studies can be attributed to the region’s important role in water resource provision. The Apennines are dominated by limestone, and high flowrate (up to 20 m3/s) karst springs are widespread. The rainfall-fed aquifers are important sources of water for urban areas; moreover, the bottling of mineral water is an important industry in Italy. The area also hosts thermal springs that form the basis of a spa and health industry.

Changes in water chemistry, temperature, and flow rate can follow earthquakes, and for the large part are transient.

Between 1980 and 2017, the Apennines experienced 5 seismic sequences in which the mainshock had a magnitude of Mw 6 or greater. The most well known was the 2009 Mw 6.3 L’Aquila earthquake, in which 308 people died; among the many thousands of aftershocks, seven had magnitudes of more than Mw 5. Dr Binda and his colleagues collated published data from the four most recent of these sequences, including only those data where measurements of at least 5 samples were reported; averaged data, data from a single site without a temporal range, and data from studies measuring just a single variable were discounted. In total, they analysed 1771 data points from 63 sampling locations reported by 17 different studies. First, data streams were merged by organising data by location, seismic sequence, and measured variables. The data were then normalised to emphasise anomalies and remove single-site heterogeneity (eg, different units and large data ranges). Next, Dr Binda applied Principal Component Analysis, a multivariate statistical technique that simplifies complex datasets by reducing the number of original variables by creating a smaller set of new variables that express the main features of the data.

Hydrochemical changes associated with seismic events are generally thought to be related to four main mechanisms. (1) As seismic waves pass through the ground they cause the ground to shake and the aquifers where the water is stored may become repeatedly compressed or dilated (ie, stretched); this process has a rapid and transient impact on groundwater chemistry. (2) Aquifer mixing where waters from two distinct sources combine in the subsurface, reflected in a blend of the isotopic and chemical composition of the separate sources. In this case, the change can be permanent. The release of (3) deep-seated gases and (4) geothermal fluids may occur, starting in the pre-seismic interval from built up tectonic stress and causing transient processes that impact water chemistry and dissolved gas content.

Many changes are site-dependent, and are directly related to the specific geological and hydrological conditions.

The results confirm that changes in water chemistry, temperature, and flow rate can follow earthquakes. For the Apennine seismic sequences, the large part were transient, with values returning to baseline levels within weeks or months. Pre-earthquake data are limited, but where available show that some changes begin before the mainshock. Critically, many changes are site-dependent, and are directly related to the specific geological and hydrological conditions; the seismic mechanism itself was less important in determining hydrologic response in the Apennine seismic sequences, but will require more analysis from diverse geologic and tectonic settings. Interestingly, contrary to common belief, proximity to the epicentre is not always predictive of the magnitude and/or timing of the groundwater response. In the Apennines, three particularly important responses were 1) localised CO2 release, interpreted to come from deep-seated gases, 2) changes in permeability in the karstic aquifers which was attributed to fracturing from shaking dilation, and 3) transient increases trace metals, expelled into the main flowpaths of the aquifer from smaller fractures.

Barriers to earthquake predictabiliy
Along with the impact on local and regional water resources, it is suggested that hydrochemical changes offer the potential for earthquake forecasting. However, these findings add healthy scepticism to this debate; in short, no universal pre-seismic signals have been recognised; instead signals have varied between springs and earthquake events, and in many instances were not observed at all. This makes it challenging to export possible precursors from one location to another, hampering earthquake forecasting ability. The best solution to better investigate these specific responses would be to set-up long-term monitoring networks in seismically active areas. Monitoring changes to water flow, chemical composition and temperature can provide valuable insight into the way underground fluids flow at that location and what factors affect them, including non-seismic factors such as seasonal rainfall and well-water withdrawal. Once these unknowns are better accounted for, both pre-seismic and co-seismic responses can be identified and applied to sites with those shared characteristics.

To this end, Dr Binda and his colleagues have expanded their work to consider different geologic settings. In particular, they have turned their attention to Nevada, USA, which has recently experienced strong seismicity; a Mw 6.5 earthquake in May 2020, the largest in the state since 1954, and followed by many thousands of aftershocks, including several >Mw 5 events in the fall of 2020 and many thousands of aftershocks that continue to persist over a year later. In contrast to the Apennines, Nevada is arid, different rock types comprise the aquifers, and spring flow is more modest; as such, the hydrology is completely different. None-the-less, groundwater is important as most rural communities and ranches in the area rely exclusively on well water.

Joining the original team are geochemists Lisa Stillings (US Geological Survey), Simon Poulson (University of Nevada), geophysicist Bill Hammond (University of Nevada), and graduate student Dylan Morlang (University of Nevada), who are funded by the National Science Foundation to monitor the effects. Given the proximity of the event, the Nevada team was able to deploy sampling campaigns within hours of the mainshock and major aftershocks, choosing artesian springs and wells in a variety of settings and locations relative to the main fault, and begin monitoring on a weekly basis. Four such sites located within 30 km of the main epicentre have been monitored for the past year, capturing the hydrochemical response following the main shock and major aftershocks, as well as variations between wet and dry seasons. The results have been interesting, and unlike the Apeninne study, some differential responses have been recognized in sites based on the type of movement on the earthquake faults, and epicentral location relative to the spring. The Nevada study will offer an important dataset on which to apply the multivariate statistical analysis approach developed in Italy. 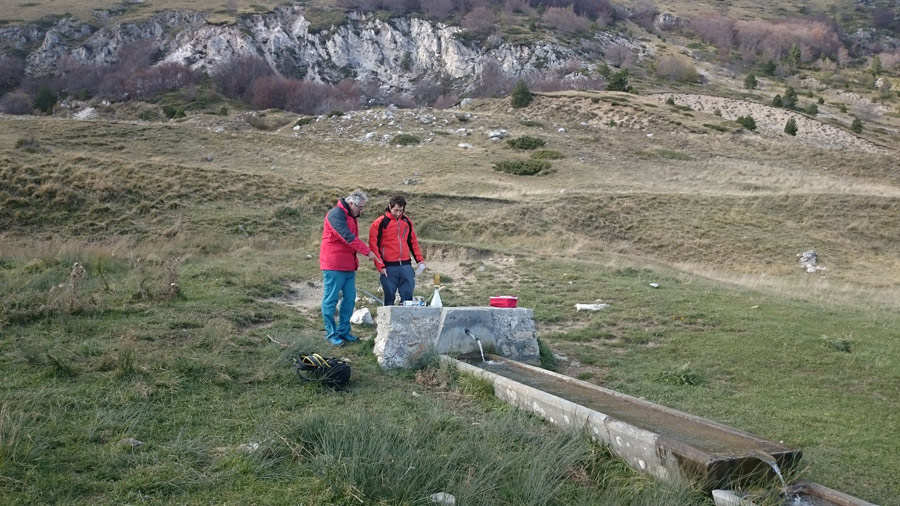 What geological environments and climate zones do you plan to focus on next?

The main limiting factor for the selection of a “perfect” setting is a high seismic frequency, with events of >Mw 6 occurring at least every 5–10 years, as is the case with the Apennines. In addition, basins with complex groundwater systems that might allow mixing of different source waters, such as deeper karstic and shallow alluvial aquifers, or deeper thermal waters, would be very interesting to pursue.

Gilberto Binda is a post-doctoral researcher at Insubria University. He received his PhD in Environmental Science in 2019. His research includes interdisciplinary applications of environmental chemistry, with a main focus on the analysis of water quality parameters, including toxic elements and pollutant

Paula Noble is a geologist and professor in the Department of Geological Sciences and Engineering, University of Nevada Reno, whose range of interests include seismic response of groundwater to seismicity. 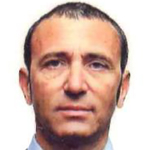 Andrea Pozzi is an associate professor in environmental chemistry at Insubria University. His activity is mainly focused on the development of analytical methodologies for the analysis and speciation of metals at trace and ultra-trace level. More recently, he focused more on applied geochemistry and hydrogeology.

Alessandro Michetti is a full professor in geology at Insubria University. Most of his research is focused on the reconstruction of active tectonics and recent landscape evolution in order to define geological criteria for assessing natural hazards, in particular seismicity.