Professor Leonid E Popov from the Tomsk State University of Architecture and Civil Engineering, together with his collaborator and editor Professor Valentin L Popov from the Technische Universität Berlin, explores the cyclic nature of self-reproducing systems. Summarising the main physiological findings on adaptation reactions, Professor Leonid Popov describes how actions that are effective in the sense of people’s productive activity also happen to benefit the health of those participating in the process. It also gives them the feeling of happiness.

In his research, Professor Leonid E Popov from the Tomsk State University of Architecture and Civil Engineering, together with his collaborator and editor Professor Valentin L Popov from the Technische Universität Berlin, explores the cyclic nature of self-reproducing systems and how they help us lead healthy and happy lives.

Professor Leonid Popov explains that we can only stay healthy if we are both physically and mentally active. Regardless of their type, if organs such as bones, internal organs, immune system, or the brain, are not stressed, they die – and actively, through the process of apoptosis. In contrast, when organs are used, they become slightly depleted each time, but this is always accompanied by an excessive anabolism stage when the function is not only restored, but also strengthened. This concept is well known in bodybuilding.

Three phases of the self-reproduction cycle
Metabolism involves a set of processes that are employed in the maintenance of all living organisms. These include catabolism and anabolism which help organise molecules by freeing and capturing energy to keep the body functioning. During catabolism, motor activity is carried out and large, complex molecules are broken down into smaller, simple ones. During anabolism, the disturbed structure is restored, and small, simple molecules are built up into larger, more complex ones. Professor Popov remarks that if one is to take advantage of their potential, it is important to recognise that the catabolic (utilising) and anabolic (restoring) processes do not run simultaneously. Instead, they form cycles.

While a response to extreme irritants allows an organism to survive, it leaves behind injuries and pathological changes.

These cycles can occupy both relatively small time-scales of a few minutes and longer scales of a few days. Corresponding reactions that occur during the longer time scales are known as adaptation reactions. These include ‘stress’ as described by Hans Selye in 1936. Professor Popov notes that while it is often assumed that stress is the only adaptive response, in reality it is only one of a few responses, namely the overreaction that leads to damage. Nevertheless, there are other healthy reactions that also lead to the expanded restoration.

Hyper cycles of self-reproduction
Professor Popov has charted graphical representations of the normal physiological adaptive response that depict the cyclic process. Initially he plotted the organism’s structural energy value as a function of time. Then he considered the organism’s heart rate, another important parameter of the cycle characterising the organism’s deviation from the stable steady state. Changes in the performance of the cardiovascular system during catabolism and anabolism occur in opposite ways. In the catabolic phase, the heart rate increases, while a decrease in heart rate is typical in the anabolic phase.

Plotting the free energy of the system as a function of the heart rate reveals the cyclic nature of self-reproduction. It starts at the point at which the system needs to act. Straightaway the heart rate decreases while the free energy increases in the prognostic phase, forming a functional system to provide the subsequent action. This functional system acts, and this is followed by recovery. The recovery is excessive, so there is a higher level of free energy than at the beginning.

If the energy level drops too low, carbohydrates will be used as energy supply during the action phase. If the body continues to act and ignore its capabilities, the body will have to switch from carbohydrate to lipid metabolism, and then to protein metabolism. Consequently, a healthy organism will use a part of its necessary structural resources from time to time. It will completely restore this damage, however, during the subsequent excessive anabolic stage.

No matter how simple or even trivial it all sounds, these natural cycles are just as effective as they are ingenious.

Non-specific adaptive responses
Professor Popov observes that the cycles of self-reproduction are particular to each irritant. The specific nature of the irritant determines both the result of the action and the structures of the organism’s functional system and the duration of the activity to achieve the required result. It may take several cycles for the result to be achieved. A general non-specific adaptive response of the body is formed during prolonged focused activity. This is controlled by the hypothalamus–hypophysis–adrenal gland system. Depending on the strength of the stimulus, the response can be a training reaction, an activation reaction, or an enhanced activation reaction. When the efforts to achieve the required result exceed the physiological capabilities of the body, stress is the pathological response that ensues.

Stress and the necessity to avoid it
Humans often find themselves in situations requiring efforts that exceed their physiological capabilities. While a response to extreme irritants allows an organism to survive, it leaves behind injuries and pathological changes. Professor Popov’s plots demonstrate that when an organism is under stress, the anabolic stage is weak or maybe even absent. Meanwhile, the catabolic phase results in the expenditure of structural energy. This results in structural changes if the organism has exceeded its regenerative abilities, as the increase in structure energy is lower than the amount of energy used up during the catabolic stage.

Concluding remarks
Summarising the main physiological findings on adaptation reactions in layman’s terms, Professor Popov says that actions that are effective in the sense of people’s productive activity also happen to benefit the health of those participating in the process. It also gives them the feeling of happiness. No matter how simple or even trivial it all sounds, these natural cycles are just as effective as they are ingenious. He maintains that ‘if you take them into account (both in terms of the strength of the external effects and in terms of the timing, which is conditioned by our physiological structure), miracles are truly possible. Organs develop, memory is strengthened, tumours regress. And in addition, the person has a happy “optimism”, a feeling of happiness.’

Professor Leonid Popov has used these ideas in his pedagogical activity for a long time. Moreover, at 96 years of age, he is actively using them now! He is convinced that the correct consideration of the cyclic nature of living activities is the key to a long, healthy, happy, and productive life. At any rate, this is the ‘medicine’ he himself uses when faced with complicated situations and in his teaching.

What prompted you as a mathematician to explore the cyclic nature of self-reproducing systems?

In the early 1970s, we studied the appearance of ‘aha experiences’ during learning activity of students. O K Tikhomirov found that each aha-experience is accompanied by a vegetative reaction which can be measured by galvanic skin response. We first studied the temporal structure by reading of the most popular books and found that the vegetative reactions occur with a characteristic period of about three (but not more than seven) minutes. This was confirmed on theatre plays and finally on the learning activities of students. These studies of the short time cycles were the starting point of our further interest for adaptive cycles. 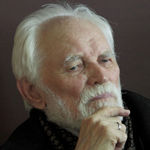 Professor Leonid E Popov is an ‘Honored Scientist of the Russian Federation’. Since 1972, he has been heading the Department of Higher Mathematics at the Tomsk State University of Architecture and Civil Engineering. His research interests are in modelling of mechanical properties of alloys as well as physiology of learning, of creative activity and of functioning of scientific teams. 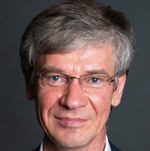 Professor Dr Valentin L Popov studied physics and obtained his doctorate from the Moscow State Lomonosow University. He has been heading the department of System Dynamics and Friction Physics at the Technische Universität Berlin since 2002.

Professor Leonid E Popov and editor Valentin L Popov study the cyclic nature of self-reproducing systems and how they help us lead healthy and happy lives.

Stress, our hated guard: Or how theoretical physics could explain the phenomenon of life
Physical Sciences
Read This Article
The adaptive cancer cell: How metastases evolve to resist treatment
Health & Medicine
Read This Article