Arts & Humanities
Creative goods are highly differentiated and require extensive learning. Growth of their consumption relies upon the ability of creators to surprise and seduce consumers into discovering new pleasures and adopting unfamiliar goods: novelty lies at the heart of the problem. Professor Louis Lévy-Garboua, from the Université Pantheon-Sorbonne (Paris 1) and Paris School of Economics, Centre d’économie de la Sorbonne (CES), focuses his research upon applied microeconomics, with special attention to behavioural and experimental economics, the theory of choice under risk and uncertainty, education, and cultural economics. His current project considers music and its current means of diffusion as a model for reproducible art and cultural goods.

The question of how we come to like the things that we consume was long considered beyond the scope of economic theory. This is because idiosyncratic preferences were assumed to exist and to be known to everyone. However, such assumptions were challenged by growing evidence for factors such as habit formation, preference reversal and other anomalies of choice, which have been shown to influence choices both in and outside the research lab. Prof Lévy-Garboua and colleagues, a team of multidisciplinary researchers including both economists and psychologists, have sought to explore different models of preference discovery in a novel lab experiment, where participants make repeated choices of musical styles. Music was selected because of its external validity: consuming music within a lab is no different to how it is consumed outside the lab. This research accompanied the foundation of a unique international Master’s programme “Economics and Psychology”, which welcomes students with a background in economics or psychology. 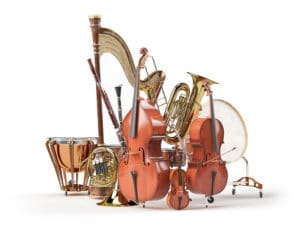 The current project by Lévy-Garboua and colleagues entitled ‘Market for Art, Conformism, Creativity, and Adoption of Novelty’ (MACCAN) involved participants listening to various pieces of music, making choices amongst these pieces of music and interacting with markets. The research involves measuring the satisfaction gained from listening to music, repeating choices several times, whilst keeping the quality of music constant. Some conditions also included a market for music with four music suppliers competing on prices. The research consisted of three experiments which focused on the formation of preferences for different musical styles. Young people were selected as participants because of their stronger inclination to learn their latent preferences and adopt novel consumption styles and cultures.

Experiment one
The first experiment involved half of the participants making free choices between four familiar styles of music (Pop/Rock, Classical, Rap/ RnB and Blues/Jazz) and the other half choosing between unfamiliar styles (traditional music from Africa, Europe, America and Asia). Participants made 50 choices of one style amongst the four they had been given without being told about the piece of music they had heard. After listening, participants rated their ‘experienced utility’ (satisfaction with the piece of music) on a scale. This experiment relies upon non-pecuniary incentives, as participants were incentivised through immediate consumption of the music. A random financial incentive procedure was used throughout the experiment to encourage truthful reporting by participants.

A consumer’s preferences for new or unfamiliar consumption styles and cultures are hypothesised to exist but to be initially unknown and discovered through a long learning process over repeated choices and experiences. As long as learning is incomplete, preferences are unstable and may appear inconsistent. It is here that psychology and economics interact. The current research has shown that observed choices of musical styles can be described using a combination of myopic Bayesian learning and random exploration. No evidence was provided for perfectly rational behaviour of acquired tastes. Instead, the improper weighting of new information occurs whereby participants tended to over-react to new information in the unfamiliar condition but under-reacted to new information in the familiar condition. The research also showed a high level of exploration behaviour which serves to enhance the discovery of latent preferences. Those more prone to exploration were male and exhibiting low conscientiousness and high openness to experience (both components of the ‘Big Five model of personality’). It is thought that conscientious people take more advantage of their experience and thus rely less on the advantage of random exploration. On the other hand, open people are less tightly attached to the prior beliefs and thus exhibit higher levels of random exploration in an attempt to establish their preferences.

Experiment two
The second experiment involved participants making 30 binary choices of songs from the same genre belonging to either the ‘Top 30’ category (familiar music) or the ‘New Artists’ category (unfamiliar music). Although the two categories were of comparable quality, participants rated the ‘Top 30’ category more highly than the ‘New Artists’ category. This demonstrates that participants preferred popular songs to novel songs even when asked to make an explicit choice between the two. Comparing the results of experiment one and experiment two, it was found that those who were unaware of the difference in novelty preferred the novel piece (experiment one) but those who were aware of the difference in novelty preferred the familiar music.

A consumer’s preferences for new or unfamiliar consumption styles and cultures are hypothesised to exist but to be initially unknown and discovered through a long learning process over repeated choices and experiences.

These findings demonstrate that there is something inherently enjoyable about novel goods, but consumers are reluctant to try them. Trying a new style of music, which you cannot rate without an extensive experience, is risky and thus those who are risk-averse expect a negative experience if they select a novel style. Furthermore, such consumers will tend to maintain this tendency. Conversely, trying a new experience is attractive because it bears an option value: it may result in discovering something preferable to that which has already been experienced. If a creative consumer is defined as someone who opts for novelty over-familiarity when song quality is constant, it would be expected that creativity would correlate with risk-tolerance, a prediction tested in experiment three.

Experiment three
The third experiment involved three stages and sought to explore two components of creative thought: divergent thinking and integrative/convergent thinking. Divergent thinking involves imagining as many creative solutions as possible whereas integrative/convergent thinking consists of synthesising several ideas into one unique solution. Participants then listened to familiar music (Rock/Pop and Rap/ RnB) for four periods, which was followed by listening to novel music (Jazz/Blues and Classical) for 20 periods and rating their satisfaction. The experiment involved three different groups of 9th graders: two ‘word of mouth’ treatments and one control group. Participants in the ‘word of mouth’ groups were shown either the low-satisfaction quartiles or high-satisfaction quartiles from another experiment on the same pieces of music (previous participants’ preferences). The control group received no information. Participants were also assessed on their risk attitude, time preference and personality (using the Big Five model). Interestingly, females were found to be more agreeable, conscientious and open than males of the same age. Females were also more risk-averse.

This experiment found that participants generally gave low ratings to unfamiliar music, particularly male participants. Interestingly, participants contradicted the preferences given to them: those exposed to the low-satisfaction quartiles gave above average ratings and those exposed to the high-satisfaction quartiles gave below average ratings. This demonstrates that participants sought to differentiate themselves from the previous participants (who were known to be just one grade older). Those scoring higher on the agreeableness personality trait reported higher satisfaction, which is not surprising. Participants who were rated as being more impatient and who were older, were less likely to change their preferences and had a tendency to report lower satisfaction. Those who were rated as being more extroverted were found to be most conformist, likely because they are more sociable and share the largest in-group.

Creative markets
This project has established that those who exhibit specific traits like divergent and convergent thinking are more creative consumers. Furthermore, the research has provided evidence that a competitive market can encourage all consumers to be more creative by adopting novel styles more frequently in contrast to word-of-mouth which facilitates conformist behaviour. Using data from the second experiment, researchers observed the time participants spent listening to popular songs compared to those by new artists. Participants made an initial choice between the popular song and the novel song and were only allowed to switch once to the other song.

The time spent on new artists was measured under three conditions: a market treatment, a word-of-mouth treatment and a control group. In the market treatment, two participants were randomly selected to play the role of ‘sellers’, one for each category of songs and the remaining participants played the role of ‘consumers’. The ‘sellers’ were engaged in a monopolistic competition forcing them during each period to post a price per second which maximises their expected profit. The ‘consumers’ must pay this price for the time they wish to spend listening to the songs. ‘Consumers’ received a fixed endowment at the beginning of each period which they use towards paying for their preferred choice of music, saving the rest to be converted into sweets in proportion to the total savings made. In the word-of-mouth treatment, participants don’t pay a price but instead are told the mean ratings of the songs before making their choice.

These findings demonstrate that there is something inherently enjoyable about novel goods but consumers are reluctant to try them.

Results showed that the presence of a market and the preference for novelty increased the time spent listening to new songs; whereas word-of-mouth decreased the time spent listening to new songs. Within the real world, word-of-mouth publicises the most popular songs and thus worsens the natural handicap of new songs. In contrast, the market compensates for this natural handicap via the low pricing of new artists, thus raising the demand for novelty.

Conclusions
Lévy-Garboua and colleagues’ research makes a valuable contribution to the debate about the origin of our preferences. This project showed that participants converged to stable preferences which sometimes widely departed from their initial preferences and their satisfaction steadily rose with the frequency of their random exploration. This work has thus provided empirical evidence of a preference discovery process, which can stimulate future research on preference formation.

Do you anticipate other significant individual characteristics which may influence the preference formation process for creative goods? 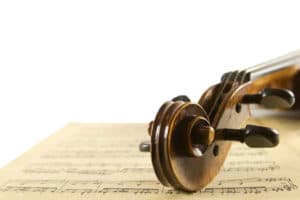 In our experiments, we examined the respective roles of experience, word-of-mouth, and market price competition on preference formation. Once we envision people as being uncertain about their true preferences, we may suspect them to doubt their own beliefs and be rather conservative, however, to be vulnerable to excessive emotions when they experience big surprises, and to follow trustworthy leaders who took the risk of introducing novelties.

Louis Lévy-Garboua is currently Emeritus Professor of Economics at the Pantheon-Sorbonne University and Paris School of Economics. He is research fellow at the Centre d’économie de la Sorbonne (CES, Paris) and associate fellow at CIRANO (Montreal). He is the Founding Director of the Master programme “Economics and Psychology” jointly delivered by Pantheon-Sorbonne and Paris Descartes universities.

The MACCAN project considers music and its current means of diffusion as a model for reproducible art and cultural goods. Lévy-Garboua and colleagues have sought to explore different models of preference discovery in a novel lab experiment, where participants make repeated choices of musical styles.

The science of singing: When speech and music combine
Arts & Humanities
Read This Article