Earth & Environment
The Arctic Ocean is undergoing a period of significant change. In collaboration with an international, multidisciplinary team of scientists, Professor Igor Polyakov from the University of Alaska Fairbanks is the lead scientist of an observational programme monitoring climatic changes in the Arctic Ocean. The data he and his team have collected is proving instrumental in understanding the on-going and fundamental changes experienced in the Arctic.

The loss of sea ice in the Arctic Ocean is a key indicator of global climate change and is a fundamental issue for modern-day climatology in the polar regions. Data collected over the past few decades show remarkable changes in Arctic sea ice and indicate that the Arctic may be entering a transition period of significant and potentially irreversible change.

Polar transition
Over the last few decades, the extent of summer sea ice in the Arctic Ocean has reduced at an average rate of 11% per decade. In recent years, this reduction has also been accompanied by a reduction in both thickness and maturity: the Arctic Ocean lost 42% of its multiyear ice (ice that survives at least one Arctic summer) between 2005 and 2008.

A collective effort for observational data
In order to track these remarkable changes within the Arctic Ocean, scientists at the University of Alaska Fairbanks conceived an innovative and collaborative observational project, called the Nansen and Amundsen Basins Observational System (NABOS). Established in 2002, NABOS focuses on the Eurasian basin (comprised of the Nansen and Amundsen basins) in the eastern Arctic and exploits a diverse range of observational methods, such as mooring buoys and oceanographic surveys. As the lead scientist of NABOS, Professor Igor Polyakov collaborates with scientists from several different countries, collecting vital information to document and understand climatic changes in the Arctic Ocean. The programme also encompasses outreach and education through the support of multiple graduate students and shipboard summer schools.

Focusing on change
The overarching goal of the NABOS project is to build a cohesive picture of climatic changes in the Arctic Ocean. In order to achieve this goal, the team at NABOS investigate multiple oceanographic research areas, including: circulation patterns, changes in thermodynamic state, mixing rates, chemical composition and sea ice. The success of the NABOS programme relies primarily upon the effective collaboration of scientists from a wide range of countries, institutions and scientific disciplines. A collaborative approach has been key to obtaining repeated oceanographic sections and the long-term maintenance of mooring buoys. In response to the observed dramatic reduction of sea ice, one focus of the team at NABOS has been an investigation into the mechanisms behind recent sea-ice reduction.

The success of the NABOS programme relies primarily upon the effective collaboration of scientists from a wide range of countries, institutions and scientific disciplines

Observing transformations
For the first eight summers following the programme’s conception in 2002, the international research team at NABOS carried out Arctic cruises every year. However, since 2013, cruises have been run every other year.

The team’s primary monitoring tool consists of an array of moorings anchored to the seabed, beneath the active ice layer. The mooring locations have been carefully selected to capture key elements of the system, such as circulation patterns, the interactions between different water masses, and transport in the deep ocean basins and shallow shelf boundaries.

Oceanographic surveys onboard state-of-the-art research vessels complement the mooring-based observations and provide opportunities for retrieval and re-deployment of the moorings. Data collected throughout the programme is analysed to give information on a wide range of oceanographic and climatic variables including: ocean turbulence, greenhouse gases, temperature, salinity, alkalinity, and ocean currents. When combined, these observations provide a broad picture of ocean activity. This data, collected during NABOS cruises, is then made publicly accessible online and is available for analysis by researchers across the globe. 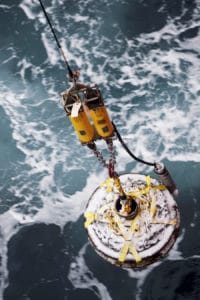 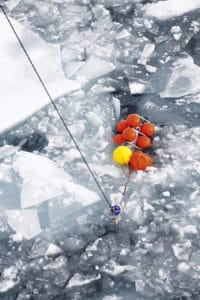 The collection of oceanic data at high-latitudes is notoriously challenging, with scientists often facing harsh working conditions such as snow, ice-cover, poor visibility and negative temperatures. Despite these challenges, the NABOS cruises have collected important data that have made significant contributions to polar climatology.

Making connections
Since the beginning of the programme, NABOS has made several major findings that have greatly enhanced our understanding of recent transformations in the Arctic Ocean. For instance, NABOS observations were key to identifying a dramatic warming of the Arctic Ocean throughout the 2000s, which reached its peak between 2006 and 2008.

In addition, NABOS observations collected between 2013 and 2015 have greatly increased our understanding of the mechanisms behind recent sea-ice reduction. Atmospheric forcing, through solar heating of surface waters, is accepted as a primary contributor to the loss of sea ice. However, recent NABOS data has revealed a complex secondary mechanism that is intensifying the reduction of Arctic sea ice.

At intermediate depth, warm saline water from the Atlantic Ocean flows north into the eastern Arctic Ocean. Heat from this Atlantic water is prevented from reaching the surface as the overlying stratified layer of cold water, the ‘halocline’ (~50-150m depth) provides an effective insulating barrier. However, in recent years, the halocline layer has become significantly weaker, resulting in reduced stratification and prompting transition to a new ocean state: without the presence of a strong halocline layer, heat can be transferred vertically from the underlying warm Atlantic water. This enhanced upward heat flux has substantially reduced rates of winter sea-ice formation and has contributed to the loss of sea-ice cover observed over recent years.

What is next for the NABOS programme?
<>There is hope that the programme will continue: only by continuous observations can important issues related to climate change in the Arctic be addressed.

How have technological advancements changed the way observational data is acquired at high latitudes?
<>There is great progress in observational techniques used in Arctic research. Continuous observations spanning decades are now available thanks to the progress in this area. Moreover, new technologies now allow observations which we were just dreaming of ten years back. Mixing in the ocean, the impact of physical processes on the state of biological species (to mention just a few) are the areas where new technologies play the key role.

One ocean, many minds: collaborative science in the Arctic was last modified: July 2nd, 2018 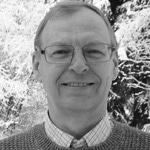 Igor Polyakov is a Physical Oceanographer with more than 30 years of experience in Polar Science. He earned his first and advanced degrees in oceanography and mathematics in St Petersburg, Russia. He also has numerous publications related to high-latitude climate change and air-ice ocean interactions.

Professor Polyakov dedicates his research interests to the observational programme NABOS (Nansen and Amundsen Basins Observational System), where he is the lead scientist, and is instrumental in improving understanding of the ongoing fundamental changes in the Arctic.

Polyakov, I., 2018, "One ocean, many minds: collaborative science in the Arctic", Research OUTREACH (104). Available at: https://researchoutreach.org/articles/one-ocean-many-minds-collaborative-science-in-the-arctic (Accessed YYYY/MM/DD)