Arts & Humanities
Throughout history, and even now, our decisions and worldviews are continually sculpted as we share knowledge with each other by means of language. Dr Mónica Sánchez-Flores at Thompson Rivers University in British Columbia argues that the nature of these exchanges is ‘trans-actional’ in the Deweyan sense and rooted in ‘autopoiesis’. Her ideas present important new questions about how we conceive of the societal role of language, and how this conception can enable a revolutionary presentation of knowledge to approach the most pressing issues that humanity is faced with today.

Over the past several millennia, humanity has transformed itself from a species of hunter-gatherers into a global and interconnected civilisation. Researchers have long debated the traits of our ancestors which could have allowed such a dramatic metamorphosis to take place, but perhaps the most widely agreed-upon theory has been our ability to convey complex ideas to each other through speech and writing – the rich communication tool which we call human language. As we exchange knowledge with each other in this way, our embodied perception adopts a constant state of change.

Dr Sánchez-Flores proposes that this process is rooted in a phenomenon known as ‘autopoiesis’ – first coined by Chilean biologists Humberto Maturana and Francisco Varela in 1972 to describe the self-maintaining chemistry of living cell populations. For humans, this means that we are continually shaped by what we perceive through our nervous systems, while at the same time, we continually shape our surrounding environments through our embodied exchanges. We express those exchanges to one another using language.

“Human language is a by-product of the relationships that human beings build with one another and on which they depend as organisms to survive, thrive, and emerge as persons”, Dr Sánchez-Flores explains. “Human beings as living organisms engage in autopoiesis and the languages we produce are both enabled by our human biology and enable our own autopoiesis.” Yet on a deeper level, researchers in the past haven’t widely examined how the autopoietic nature of our use of language is connected with wider concepts that can help us understand how life sustains itself.

Trans-actional exchanges
In 1949, American philosopher John Dewey proposed in his book “Knowing and the Known” that the exchanges which take place between all living organisms as well as with their environment are ‘trans-actional’. This means that all reciprocal activity between organisms can be described as mutual, simultaneous exchanges, through which all parties involved are changed in some way. The idea is distinctly opposed to ‘interaction’, in which physical objects are independent of each other, and don’t do anything unless they are acted upon by other objects or forces.

Through her research, Dr Sánchez-Flores argues that this all-encompassing idea of the nature of exchanges between living systems must also apply to the language we use. “According to Dewey, a trans-actional presentation of knowledge means that everything that we seek to explain as observers exists in continuity with everything else”, she describes. “I propose that the autopoietic conception of language is eminently trans-actional in this way. Seeing everything that we want to explain in continuity with everything else discloses the realm of simultaneity.”

Such a concept appears to be at odds with the classical view of the universe. According to earlier thinkers like Newton and Descartes, processes can only take place if they were triggered by separate, previous events. However, the trans-actional, autopoietic interpretation of language isn’t without a physical basis. For a better comparison, Dr Sánchez-Flores looks to a more recent interpretation of physics in which the chain of cause-and-effect is no longer set in stone: the quantum realm.

Human language is a by-product of the relationships that human beings build with one another and on which they depend as organisms to survive, thrive, and emerge as persons.

Quantum entanglement as trans-actional presentation of knowledge
Perhaps one of the most famous and mind-bending consequences of quantum physics is the principle of entanglement, which describes how the fate of one particle can entirely depend on that of another to which it is connected. This would mean that when a scientist observes the state of one particle, the result will determine the observed state of its entangled partner at exactly the same time, even if they are separated by large distances. Additionally, the presence of scientific observation itself alters the outcome of the experiment. 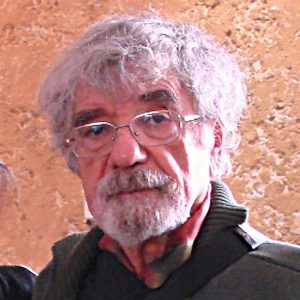 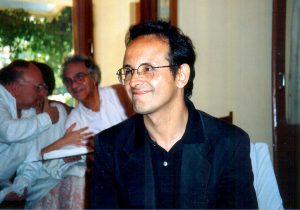 Dr Sánchez-Flores believes that this strange, yet experimentally proven phenomenon is the clearest example of a trans-actional presentation of knowledge. It exemplifies how the notion of independent physical bodies acting on each other and the objective/subjective duality are useful myths or illusions of the Cartesian worldview that is most prevalent today.

As environments present organisms with new problems, their resulting actions to find a solution will change the organisms themselves and their trans-actions will trigger simultaneous change in their environment in turn. “Autopoietic living systems are, at the same time, organisationally closed and structurally coupled to their environment”, explains Dr Sánchez-Flores. “Both Maturana and Dewey see the scientific observer as an organism itself seeking to solve a problem that is underpinned by the organism’s experience and by its need to find equilibrium in its environment.” Simultaneous closure and coupling in body-sized organisms help us visualize how everything is connected to everything else, similarly to quantum-sized particles where this kind of entanglement occurs at a subatomic level.

Overcoming human barriers
Human language as trans-actional autopoiesis could have profound implications for the role which language plays in shaping our understanding of human existence. In comparison to the surrounding environment of a living organism, language represents a trans-actional autopoietic environment which spans the many countless groups we have divided ourselves into over the course of history. Unfortunately, we have become all too familiar with the damaging consequences of the many disagreements, misunderstandings, and prejudices which occur between these groups.

Dr Sánchez-Flores argues that we would be better equipped to heal these divides if we better understood the role which language plays in shaping our species as a whole. Instead of passively observing our surroundings, she proposes, every one of us actively participates in the development of the world as we perceive it as we exchange knowledge with each other. In turn, knowledge of the continually re-shaping world in awareness of simultaneity opens up the possibility of acknowledging the damaging and violent effects of in-group/out-group human barriers in order to heal them.

“This reinforces and supports a trans-actional presentation of knowledge with cosmopolitan possibilities, where human beings are aware of their need for and dependence on one another beyond artificially created borders – such as tribes, ethnic groups, races, disciplines, and nations”, Dr Sánchez-Flores illustrates. “From this, human beings can be made aware of the vital and essential way in which we are all connected to one another, to non-human organisms, and to our environment.”

From the immediate threat of a worldwide pandemic to the long-term consequences of a heating climate, a thorough understanding of the role that language plays in shaping our existence has never been more important.

By viewing the role of language through the lens of trans-actional autopoiesis, Dr Sánchez-Flores believes that our systems of governance would be far better equipped to understand and face these global challenges, and to account for the widely varied needs of the different groups these efforts involve. This would ultimately provide a strong basis for making decisions based on reason, compassion, and equity, all while accounting for a diverse range of languages, worldviews, and ideologies.

Tackling global challenges
Dr Sánchez-Flores believes her ideas come at a crucial crossroads in the story of our species – in which humanity as a whole faces a set of challenges which are more global and all-encompassing than any in its history. From the immediate threat of a worldwide pandemic to the immeasurable long-term consequences of a heating climate, a thorough understanding of the complete role that language plays in shaping our existence has never been more important.

She concludes, “in the current COVID-19 world-pandemic, it is urgent for the human species that a trans-actional presentation of knowledge becomes the new normal, just as caring and compassion have become constant sources of inspiration during this crisis. This cannot be postponed due to the probable emergence of new pandemics and other climate crises that threaten the very existence of the human species.” Ultimately, Dr Sánchez-Flores’ ideas clearly show that just as the exchange of knowledge has enabled us to thrive as a species, it is now the ultimate toolset for dealing with these existentially daunting problems.

What steps do you think world governments could take to implement your ideas into their decision-making processes?

<>Modern states represent one more stakeholder in the realm of global or transnational governance – albeit an essential one as a source of legitimate law. Transnational governance structures may include governments and their agents, but also social movements, Indigenous peoples, grassroots organisations, powerful individuals, as well as corporations. COVID-19 has produced awareness that human beings are connected to each other and their environment, and that borders can be futile. To respond to future pandemics and crises, it is essential to strengthen existing transnational structures of governance to produce essential care and services for people around the world, especially for the most marginalised.

Mónica Sánchez-Flores is Associate Professor in Sociology and her research has focused on political and sociological theory, relational theory, globalisation and cosmopolitanism, mindfulness and complex identities in equity, diversity and inclusion training (EDI).