From biosecurity and food security to earthquakes and health pandemics, disaster alerts and warning messages can mean the difference between life and death. The COVID-19 crisis for example can at least in part be ascribed to failed risk communication. At the University of Central Florida, Prof Deanna Sellnow and Prof Timothy Sellnow, experts in strategic communication, are tackling this issue. The IDEA model uses four key components – Internalisation, Distribution, Explanation, and Action – to craft effective crisis communication messages. The utility of the approach has been confirmed across a range of examples, from earthquake early warning to the Ebola crisis of 2014.

In 2009, six scientists and one public official were charged with manslaughter based on failed risk communication regarding the earthquakes in L’Aquila, Italy. This episode typified the uneasy relationships between scientists and policy, scientists and non-scientists, as well as scientists and communicators. Never before has this balancing act been as pertinent as it is now, in the era of information and mass communication, where strategic communication is vital to cut through the noise.

From biosecurity and food security to earthquakes and health pandemics, the warning messages and disaster alerts issued in times of crisis can be the difference between life and death. Most recently, through the current COVID-19 global pandemic, it has become apparent that while scientific facts and political realties are both complex, doubly so when taken together, effective and simple strategic communication is central to mitigating harm and saving lives. The unfolding COVID-19 crisis can – at least in part – be ascribed to failed risk communication. More effective instructional risk and crisis communication could have prevented the loss of many lives.

At the University of Central Florida, experts in strategic communication are tackling this issue by helping scientists and policy makers through the IDEA model. The endeavour is led by Prof Deanna Sellnow and Prof Timothy Sellnow, both professors of Strategic Communication. With support from the World Health Organisation (WHO) and various agencies of the United States Government (the United States Department of Agriculture, USDA; the Centers for Disease Control and Prevention, CDC; the United States Geological Survey, USGS; and the Department for Homeland Security, DHS), the IDEA model for effective instructional risk and crisis communication is based on decades of research ranging from case studies to qualitative surveys and interviews to message design and testing experiments. Critically, the model provides spokespersons with a framework that is easy to understand, to remember, and to employ. The model is crucial in helping design effective messages for mitigating harm and promoting self-protection in response to a risk situation or crisis event.

The warning messages and disaster alerts issued in times of crisis can be the difference between life and death.

A strategic communication model
Effective messaging needs to motivate disparate audiences to pay attention to, comprehend, and take appropriate actions during times of crisis. Grounded firmly in theory and empirical research, IDEA uses four key components – Internalisation (I), Distribution (D), Explanation (E), and Action (A) – to craft messages and communicate them effectively. The utility of the approach has been tested and confirmed across a range of risk and crisis contexts (e.g. food contamination, biotechnology, biosecurity, mass shootings and terrorism, earthquake early warning and forecasting) and across a range of diverse populations within the United States and globally.

Internalisation involves the key elements needed to motivate receivers to attend to and remember the message; for example: compassion (people don’t care what you know until they know you care about the victims and losses), timeliness (e.g. providing a countdown to strong shaking following an earthquake), proximity (locations and maps), and impact (e.g. in the case of COVID, the impact on health, death, and the economy).

Distribution involves the key elements to reach disparate audiences effectively; for example, ensuring consistent messaging from multiple sources (as different audiences seek information from different places) and various communication channels (e.g. TV, radio, face-to-face, apps, Internet, and social media). The COVID-19 crisis highlights the failure of effective distribution – in the United States, US federal government information differed from that of local government officials, and both differed from the information put out by the WHO, the CDC, and health scientists.

Explanation involves the key elements to help receivers comprehend accurate information, even if this involves saying, “this is what we know so far and we will update you as we know more”. Importantly, it includes the intelligible translation of science for different audiences (e.g. different languages, different literacy levels) and ensuring trustworthiness of the information source. Oftentimes, trust-building in advance of a crisis is critical. In the case of COVID-19, wrong information about how the virus spreads was widely shared, ultimately worsening the pandemic.

Finally, Action involves the key elements to get receivers to take appropriate action. In the case of COVID-19, examples of actions that were variably recommended included washing hands with soap and water for at least 20 seconds, wearing a mask in public, and social distancing. However, mistakes in Internalisation, Distribution, and Explanation can hamper the Action stage. For example, by failing to effectively communicate the risk of contagion from asymptomatic carriers and by playing down the risk to the young and healthy, many people chose to not socially distance.

IDEA in action
The IDEA model has been tried and tested in multiple diverse settings. On the West Coast of the United States, IDEA was used to improve earthquake early warning messages (EEW). Based on the four IDEA elements, a phone app (i.e. the distribution element) was developed to provide effective instructional risk and crisis messages within ten seconds of an earthquake. After multiple rounds of testing, the most effective approach involved the use of simple maps showing users the location of the earthquake, the predicted shaking intensity, and a countdown to when strong shaking was expected to start (internalisation), along with verbal explanations and instructions to “Drop! Cover! Hold on!” (i.e. action). Compared with old approaches to EEW, the IDEA-based app more successfully achieved the target outcomes.

In 2014, IDEA was used to assess responses to the Ebola outbreak at multiple spatial scales: local (Dallas news stories and press releases in the days following the infection and death of a Liberian national in the city), national (information released by the Centers for Disease Control and Prevention via social media), and international (online content provided by the WHO, the United Nationals Children’s Fund, and Doctors Without Borders). Viewed through the lens of IDEA, most of the outputs prioritised explanation over internalisation and action, and highlighted negative over positive factors. This work exposed the need for consistent messaging via various organisations and the media, with such messaging integrating the components of the IDEA system. In particular, the use of positive examples offers a greater chance for affective shaping of behaviour among non-scientific publics. Using positive examples can help motivate people to pay attention (internalisation), reduce misunderstandings (explanation), and take appropriate actions to ensure self-protection (action).

The IDEA framework has also been used to assess issues around communication during food contamination and agricultural biosecurity crises – for example the Porcine Epidemic Diarrhoea virus (PEDv) outbreak of 2013/14, an event that seriously threatened the United States’ pork industry. The analysis highlighted the importance of ongoing flexibility in communication planning (the industry had plans in place to address different diseases and was able to adapt these plans in a timely manner), and the need for clear messaging tailored to the target audience(s). It also became clear that without internalisation and explanation (i.e. explaining why recommendations were important), actions were not as effectively implemented. For example, farm workers were more likely to heed advice around hygiene and cleaning when they understood that just a ‘pencil-tip’ amount of virus on the bottom of a shoe could infect and ultimately kill all of the piglets on a farm.

The IDEA model offers a simple and user-friendly approach to crisis communication. Its application has highlighted the shortcomings of poorly coordinated and poorly executed instructional communications during times of crisis. Adopting the principles of IDEA offers organisations and media outlets the chance to greatly improve disaster communication.

Which agencies/organisations have officially adopted the IDEA model?

<> I am unaware of any agencies or organisations that have “officially” adopted the IDEA model; however, many do use it as a model for effective messaging. The United States Geological Survey (USGS) did ultimately propose it as the model for designing earthquake early warning (EEW) apps in Los Angeles, California (rolled out to the public in 2019). Emergency management organisations that we have worked with across the US have also unofficially adopted it. National public television has applied it to their “Meet the Helpers” video campaign.

Outside of disasters and crises, are there other areas in which the IDEA model could be applied?

The IDEA model was originally grounded in experiential learning theory so it can be applied to numerous communication contexts where the goals are to achieve affective, cognitive, and behavioural learning outcomes. For example, it has been used to examine motivation to attend to (affective), understand (cognitive), and perform (behaviour) in religious organisations (particularly youth group environments), as well as in health care contexts in terms of patient-provider communication, and public school teacher training. It has demonstrated its utility in a variety of American co-cultures (e.g. Native American and African American) and countries (e.g. Sweden, Germany, Hong Kong, Vietnam, India, Senegal, Uganda, Brazil, Indonesia, and Egypt). Essentially, in any situation where the communication outcomes involve motivation, understanding, and/or behaviour (e.g. ‘learning’), it can prove to be useful.

Effective communication in times of risk and crisis: The IDEA model for translating science to the public was last modified: September 1st, 2021

Deanna D. Sellnow (PhD) is Professor of Strategic Communication at the University of Central Florida. Her research focuses on strategic instructional communication in a variety of contexts including risk, crisis, and health. She has conducted numerous funded research projects and has published in national and international journals. 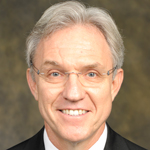 Timothy L. Sellnow (PhD) is Professor of Strategic Communication at the University of Central Florida. His research focuses on comprehension of risk communication for mitigating the impact of and maintaining resilience in response to crises. He has co-authored five books including Theorizing Crisis Communication and Effective Risk Communication. 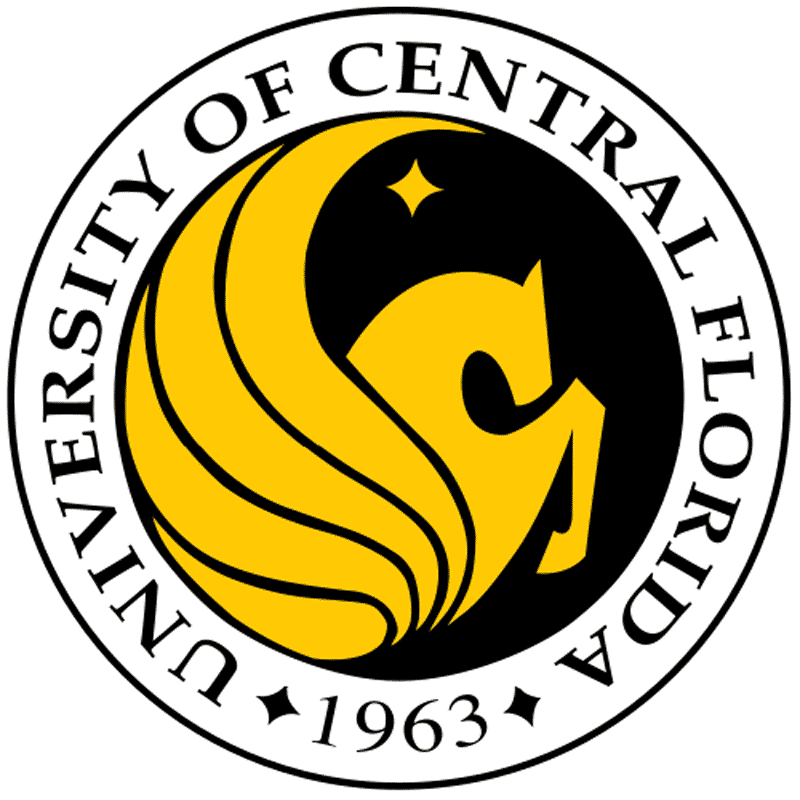