The blood cancer acute promyelocytic leukaemia (APL) has recently been transformed from a fatal condition to a curable one, thanks to the development of treatments including vitamin A1 and arsenic trioxide (ATO). Although very effective, the mechanism of action of ATO has remained unclear until now. Changing this is Professor Paul B Tchounwou and his team at Jackson State University, USA. The researchers are shedding light on the complex pathways through which ATO blocks the multiplication of cancer cells. Their work offers insights into the development of novel therapies for the management of human cancers.

Leukaemia is the name of a group of blood cancers, which often begin in the bone marrow and result in high numbers of abnormal blood cells. A combination of genetic and environmental factors, including exposure to specific chemicals and radiation, are known to be involved in the development of these conditions. There are four main types of leukaemia: acute lymphoblastic leukaemia (ALL), acute myeloid leukaemia (AML), chronic lymphocytic leukaemia (CLL), and chronic myeloid leukaemia (CML). In adults, CLL and AML are most common, with AML demonstrating the lowest survival rates. The treatment of leukaemia may often involve a combination of chemotherapy, radiation therapy, targeted therapy, and bone marrow transplant.

Acute promyelocytic leukaemia (APL) is a subtype of AML. APL forms inside bone marrow cells as a result of changes between chromosomes 15 and 17, called translocations – a type of chromosomal abnormality in which a chromosome breaks apart and then partially reattaches to a different chromosome. This chromosome rearrangement leads to the creation of two fusion genes (two genes that are joined so that they act as a single unit): the promyelocytic leukaemia gene (RARα–PML) and the retinoic acid receptor alpha gene (PML–RARα). RARα–PML is often used as a marker for the diagnosis of the disease. PML–RARα is the gene responsible for the symptoms of APL and is the target of drug therapy using arsenic trioxide (ATO). Along with all-trans retinoic acid, a metabolite of vitamin A1, ATO is the standard treatment for APL; a breakthrough that has meant rates of remission and survival rates are now high. However, its mechanism of action has not been – up to now – fully understood. Also, a few cases of APL that show resistance to ATO have recently been identified. Motivated to uncover the obscure way ATO works in our bodies, Professor Paul B Tchounwou and his team at Jackson State University, USA, focus on understanding the mechanisms of action of ATO in human cells and unlocking potential new treatments.

ATO is the standard treatment for APL, a breakthrough that has meant rates of remission and survival rates are now high.

ATO affects cell cycle regulation
ATO is an inorganic compound that has the chemical formula As2O3. ATO is also used as a medication to treat APL by altering the function of cells, eventually blocking the multiplication of blood cancer cells. Proposed mechanisms of action include the induction of apoptosis (the natural process of cell death), and the inhibition of angiogenesis (the formation of new blood vessels that supply cancerous growths).

The cell cycle consists of a series of events that lead to the division of a cell into two new cells. It’s a complicated process with many modulating factors, including a family of proteins called the cyclins. Cyclin E controls the progression of a cell through its cell cycle. More specifically, the presence of cyclin E causes a specific chemical reaction (phosphorylation) to a protein called retinoblastoma protein (pRb), which in turn gets deactivated – an action that leads to the division of the cell and therefore its proliferation. Over-expression (the process by which information from a gene is used to ‘build’ a gene product, usually a protein with a specific function) of cyclin E has been shown to correlate with tumorigenesis. pRb is a tumour-suppressing protein that is dysfunctional in some cancers, especially since one of its functions is to prevent excessive cell growth by blocking the progress of the cell cycle until the cell is ready to divide. These two cell-cycle regulating pathways are also connected via the E2F1 factor, providing a functional relationship between the two regulating proteins p53 and pRb.

Unlocking the action of ATO
The Jackson State University team conducted experiments using human immortalised APL cell lines, a population of human cancer cells that divide indefinitely, to study the effects of ATO. These effects were evaluated by measuring some of the factors and components that participate in the process of cell proliferation and cancer growth (when out of balance) to investigate the exact pathways ATO acts upon.

Three types of APL cells were used: NB4, KG-1a, and HL-60 cells. Initially, NB4 and KG1a cells were treated with ATO for 24 hours at 37oC inside a CO2 incubator. After incubation, the cells were collected, and analysed by Western blotting – a method to detect the levels of E2F1, cyclin E, and pRb proteins. Next, APL cells were grown with and without ATO, before carrying out immunohistochemistry to identify levels of the E2F1 protein using specific antibodies that target E2F1.

Finally, NB4 cells were treated with different concentrations of ATO for 24 hours, which were then analysed through the technique of chromatin immunoprecipitation [CHIP]. CHIP is a method used to assign specific genes to their respective proteins – and in this case to calculate the expression of E2F1 and pRb factors following treatment with different concentrations of ATO.

p53 and PI3K signalling pathways
The results showed that treating APL cells with ATO reduces the expression of both cell-cycle factors E2F1 and cyclin E. This was observed in all three cell types by stimulating the expression of the tumour suppressor pRb protein in a concentration-dependent manner. The immunohistochemistry experiments revealed that while ATO stimulates a localised increase in levels of pRb, it also reduced the expression of E2F1 transcription factor and cyclin E protein, and the phosphorylation of PI3K signalling molecules at different sites of the APL cells. Conversely, in p53 knock down NB4 cells (that is, cells that have no functional tumour protein p53), ATO did not significantly reduce the levels of E2F1 and cyclin E, or stimulation of Rb phosphorylation. This suggests that ATO’s effects are mediated by the tumour protein p53.

Tchounwou explains, ‘ATO also modulates the interaction and association of E2F1, pRb, and p53 proteins by phosphorylation of Rb at specific points. In doing so, it reduces the phosphorylation of phosphoinositide 3-kinase (PI3K) signalling molecules, and abolishes the viability of cancer cells.’

The team’s results show that ATO treatment works by affecting both p53 and PI3K signalling pathways, particularly as it induces the accumulation and activation of the DNA protecting protein p53 and simultaneously reduces the phosphorylation of most of PI3K signalling molecules in the cell lines –blocking cancer growth.

For the first time, Tchounwou and his team show that ATO inhibits the multiplication of cancer cells through the reduced expression of E2F1 and cyclin E, and the stimulation of pRb, by regulating the function of both p53 and PI3K signalling pathways. Shedding light on this newly found mechanism of action could prove very important – providing a new molecular target for research into novel drug treatments for relapsed and ATO resistant APL patients in the near future. ATO could be used as a base for designing and developing new treatment strategies for leukaemia and other cancers. These discoveries are also significant for wider cancer research, opening up new avenues to explore for developing cost-effective medicines to manage and cure the disease.

How will your discovery of how ATO works on APL cells help the development of new cancer treatments in the future?

The discovery of the molecular mechanism of ATO action has the potential to make a significant contribution to the development of more targeted approaches to treat acute promyelocytic leukaemia and other human cancers. Our groundbreaking research has allowed us to identify several important targets that play a critical role in cancer initiation, promotion, and progression. Understanding the molecular mechanisms of drug interaction with cellular molecules is essential for designing targeted treatments for cancer patients.

Unlocking the mechanism of action of arsenic trioxide in leukaemia was last modified: June 30th, 2022 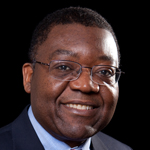 Dr Paul B Tchounwou is Presidential Distinguished Professor and Executive Director of NIH-funded RCMI-Center for Health Disparities Research at Jackson State University, USA. His biomedical research is internationally recognised. Tchounwoi is Editor-in-Chief of Environmental Toxicology, EiC of International Journal of Environmental Research and Public Health, and Associate Editor of Frontiers in Oncology. He received the 2018 Presidential Award for Science, Mathematics, and Engineering Mentoring from the White House.

Paul B Tchounwou investigates the mechanisms of action and identification of molecular targets of cancer drugs.

Professor Paul B Tchounwou (principal investigator) would like to thank Dr Sanjay Kumar (co-author), who served as a postdoctoral research associate in the Cellomics and Toxicogenomics Laboratory, for his outstanding contributions to the research. Kumar is now an assistant professor of biology at Central University, Gaya, South Bihar, India.

Tchounwou Paul B. (2022). Unlocking the mechanism of action of arsenic trioxide in leukaemia. Research Outreach, 131. Available at: https://researchoutreach.org/articles/unlocking-the-mechanism-of-action-of-arsenic-trioxide-in-leukaemia/ (Accessed YYYY/MM/DD)