Soft-ionization mass spectrometry (MS) techniques for the analysis of peptides, proteins, and macromolecules are gaining popularity in the medical research community. Specifically, matrix-assisted laser-desorption/ionization (MALDI) and electrospray ionization (ESI) can identify high molecular weight compounds with accuracy and minimal fragmentation of the sample, but precise and regular calibration with standards of a known mass is needed. Professor Scott M Grayson and his colleagues from Tulane University, New Orleans, USA, have developed and optimised SpheriCal®, MS calibrants based on dendrimers – perfectly branched compounds, that offer better standards for calibration in MS.

Mass spectrometry (MS) is one of the most widely used analytical techniques in the chemical and biological sciences, providing a sensitive method to confirm the mass and therefore identity of natural and synthetic molecules. Within a mass spectrometer, the samples are first ionized into charged particles, so that the ratio of their mass in relation to their electrical charge can be precisely calculated. Matrix-assisted laser desorption/ionization (MALDI) spectrometry is for molecular weights higher than 1,000, and is based on ‘soft ionization’ methods that has very little fragmentation. For this reason, MALDI spectrometry is particularly suited for the analysis of large molecules, such as peptides and proteins, all the way to polymers with molecular weights greater than one megaDalton.

MALDI spectrometers process the flight time of a given molecule from the moment it is ionized to when the ion impacts the detector (Figure 1). The time-of-flight measurement is then used to determine the mass-to-charge ratio (m/z) of the molecule. This means that any alteration to the ionization conditions (eg, increasing or decreasing the molecular weight) can affect the observed flight time, and therefore the determination of the mass of the sample analysed. Precise and regular calibration with standards of a known mass is vital for ensuring accuracy of the technique. Although proteins and peptides have been frequently used as calibrants, they are susceptible to chemical modifications and/or degradation since the majority of these have a limited shelf-life even under refrigeration.

Professor Scott M Grayson and his team from Tulane University, USA, propose that a class of compounds known as dendrimers are much better standards for mass spectrometry calibration. Dendrimers are compounds with repeated branching in a perfectly-symmetrical structure. They offer unique advantages for high molecular weight MS calibration because of their exceptional purity and chemical stability. In their research, Grayson and colleagues confirm that when used as calibrants, a select range of dendrimers exhibit a set of known, well-defined, and well-spaced m/z signals across a wide mass range.

Dendrimer calibrants
Their name derives from the Greek word ‘dendron’, meaning tree, for their characteristic branch-like schematic appearance. Dendrimers are branched polymeric molecules with a perfect geometrical three-dimensional architecture; their exclusive branched topologies endow them with properties that are different from those of linear polymers.

One of the main problems with the traditional peptide and protein calibrants is their limited stability, requiring storage at low temperatures, typically -4 to -20°C. In 2014, Grayson and his team published the results of their studies looking at the improved stability of dendrimers relative to traditional peptide or protein calibrants. The dendrimers they described were synthesised using robust anhydride chemistry using four different cores. This leads to the production of SpheriCal®, a set of 20 unique calibrant compounds exhibiting evenly spaced, well-defined calibration peaks across the mass range examined for 700–30,000 atomic mass units. The study showed that SpheriCal® calibrants exhibit exceptional shelf-lives at room temperature, even when exposed to ambient light and oxygen. When stored as a dry powder at room temperature, the calibrants exhibited no visible sign of degradation even after several years.

Matrix and solvent compatibility
Traditionally, macromolecules are difficult to ionize without fragmentation and only relatively recently has it been possible to analyse high molecular weight compounds by MS, thanks to the development of soft ionization methods, such as MALDI and electrospray ionization (ESI). In MALDI, the sample is analysed with a crystallised ‘matrix’ compound, which absorbs the energy of a laser fired at the matrix, allowing ionization of the analyte with minimal fragmentation.

In ESI-MS the analyte is dissolved into a suitable solvent and a high voltage is applied to the solution to create a fine aerosol in which the analyte particles become positively charged with little or no fragmentation. The compatibility of the calibrant with a diversity of matrices and solvents is critical for the widespread use of MS as an analytical technique that is suitable for the study of larger molecular weight compounds. Because of their globular shape and highly branched structure, dendrimers exhibit substantially enhanced solubility across a wide range of solvents compared with linear polymer analogues.

In 2021, the Emmer laboratory along with Grayson, Malkoch, and others published a study on the development and optimisation of SpheriCal®-ESI, especially designed to combine ease of use with high calibration performance for ESI-MS analysis of peptides. As SpheriCal®-ESI is intended specifically for peptide analysis, Grayson and his colleagues took great care in achieving good signals using the same source parameters used with peptides. The group completed a nine-point dendrimer standard between 273.1 and 1715.7 atomic mass units, which showed more precise calibration when compared to routinely used calibrants, with little ‘memory effects’ due to contamination from previous scans. The dried calibration mixture could be stored for at least two months at room temperature, without significant losses in performance.

Unprecedented signal resolution
ESI-MS has also gained popularity for the identification of amino acids within a protein that is digested into fragments. The versatility of dendrimer synthesis allowed Grayson’s team to tailor the design of calibrants that are specifically suited for peptide identification by ESI or MALDI MS. Most calibrants, consisting predominantly of H, C, N, and O, can interfere with the signal from the sample, often causing the operator to misidentify a compound because of a nearby or overlapping calibrant signal. The Grayson laboratory’s dendrimers yield calibration points that are always around 0.5 atomic mass units away from the ‘averagine’ population (averagine is described by protein scientists as the fictitious ‘average’ amine acid residue, yielding the molecular formula of C4.9384 H7.7583 N1.3577 O1.4773 S0.0417 and a mass of 111.0543 atomic mass units). The researchers published a report on the performance of their especially formulated calibrants in 2018, confirming that dendrimers offer unique advantages in the analysis of samples exhibiting an integer mass less than one Dalton away from one of the calibrants.

MS-based profiling of macromolecules and biomedical samples has gained popularity, thanks to the advent of soft ionization MS techniques. Grayson and colleagues have developed and optimised SpheriCal®, MS calibrants based on dendrimers. The team shows that dendrimers offer better calibration than most other compounds for mass spectrometry and are by tremendously stable since they can be stored for several years at room temperature with minimal loss of structural integrity.

The shelf-life of dendrimers as calibrants is impressive. What else can these nanoparticles be used for?

Dendrimers were first described in the 1980s and many academic researchers have discussed their ‘potential’ applications. However, only a few have become commercialised. For example, a number of patents have been published, largely gene delivery and tumour targeting with poly(amidoamines) and poly(l-lysine) dendrimers. 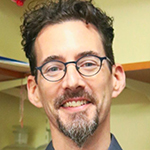 Scott Michael Grayson is the Joseph H Boyer Professor of Chemistry at Tulane University. He conducts a group of chemistry graduate students exploring the intricacies of macromolecular architecture, including dendrimers, hyperbranched polymers, and comb-like polymers. A portion of his dendrimer calibrants, called SpheriCal®, are commercialised through Millipore-Sigma.

The Grayson Laboratory explores the control of nanoscale architecture through synthetic chemistry. Their aim is to tailor nanomaterials for application to real-world problems.