Biology
Dr Hitomi Fujisaki, Senior Research Scientist at Nippi Research Institute of Biomatrix in Japan, studies human epidermal keratinocytes (skin cells) and cancer cells using two- and three-dimensional type I collagen substrates. Through her research, she aims to understand more about the ways in which these cells interact with the substrate that they are grown on, and how this relationship can be utilised to know what is actually occurring in the living body.

Human skin provides us with protection and receives sensory importation from the external environment, such as temperature change and UV irradiation. The outermost layer, the epidermis, is primarily responsible for offering protection against potentially dangerous microorganisms. Around 90% of the cells in the outer layer of skin are human epidermal keratinocytes (HEKs). These cells produce a protein called keratin, which is largely responsible for the skin’s barrier function. They interact with the cells that produce melanin (a pigment in the skin) and are able to store melanin to use as protection against UV radiation. HEKs are a type of cell called epithelial cells; this is a term broadly used to describe cells that line the surfaces of the body, including the skin, blood vessels and urinary tract.

When grown on appropriate substrates and provided with the liquid/air interface, HEKs can serve as a more physiological 3D tissue model for in vitro studies. Unfortunately, this process can often be inefficient and laborious. Due to this, a number of modified approached to growing these cells have been trialled over the years.

Dr Hitomi Fujisaki, Senior Research Scientist at Nippi Research Institute of Biomatrix in Japan, is interested in the behaviour of cells when grown in different culture substrates conditions in a laboratory. Cell culture is the process by which cells can be grown in a laboratory, away from their natural environment. However, in order to successfully grow cells, they have to be kept under carefully controlled conditions. This generally consists of a suitable container, such as a bottle or petri dish, with a substrate or medium that supplies all the essential nutrients the cell requires. Some cells are able to grow in liquid suspensions, whereas others require a solid surface to grow on. By altering the cell culture environment, cells can be induced to grow faster, slower, differentiate into other cell types, or even produce molecules of interest, such as antibiotics.

Depending on the culture conditions, HEKs grow, differentiate and form complex layers of cells, called stratified squamous epithelium. One of the factors that influences cell behaviour is the combination of the calcium concentration of the cell media and the culture substrates. HEKs grow steadily at low calcium levels, but when calcium concentration is increased, cell proliferation stops, and differentiation is induced on 2D substrate. On 3D substrates, the control of proliferation and differentiation is more complex.

Around 90% of the cells in the outer layer of human skin are epidermal keratinocytes (HEKs).

Dr Fujisaki and colleagues are interested in growing HEKs on different types of substrate. Type I collagen (Col-I) is an essential component of connective tissue, e.g. dermis and bone. It forms fibrils; different arrangements of fibrils provide different structure, shape and strength to tissues. Collagen fibrils can act as a scaffold for cells and also interact with other proteins to form support for other cell types in culture systems. In the living body, HEKs do not directly adhere to Col-I. A structure named ‘basement membrane’ connects HEKs and Col-I fibrils. In culture system, HEKs produce basement membrane components on Col-I fibrils depending on culture condition.

Under acidic conditions, Col-I remains in a non-fibril form, meaning that collagen molecules do not assemble together, and it does not form a solid gel structure. On the other hand, under normal physiological conditions, Col-I molecules form fibrils; fibrils assemble into bundles of fibres and spontaneously arrange themselves as a solid 3D gel structure. In general, the non-fibrous form of Col-I promotes cell adhesion and proliferation, but the gel culture is often selected as it is useful for exploring physiological cell behaviour, such as responses to a certain drug.

The importance of calcium concentration
Calcium concentration is an important aspect of cell culture systems as changes in calcium levels can trigger cell signals for growth, survival and differentiation. The researchers realise that the different forms of Col-I also elicit different cellular responses. For example, Dr Fujisaki and co-workers found when HEKs were cultured on 3D collagen gels at a low calcium concentration, cells were induced to undergo apoptosis (programmed cell death). However, when the same cells are grown under the same calcium condition on a non-gel form of Col-I, they grow. Furthermore, they hypothesised and showed that higher concentrations of calcium were needed for cell growth on Col-I gels.

There are also some immortalised cell lines in HEKs (cells that, due to mutation, proliferate indefinitely). Line cells are easier to handle, but they have different characters. Different types of keratinocyte line cells cope with different calcium concentrations, with some being able to tolerate a wide range of concentrations, and other requiring a more specific range.

Optimising the use of different collagen substrates
Collagen often forms fibrils in the human body. However, there is limited research which considered the impact under different culture conditions using Col-I gels. While matrix stiffness is one of the more studied regulatory factors of cell culture, the complex interactions between these substrates and cells requires further exploration.

Dr Fujisaki would like to encourage more cell biology researchers to consider using collagen to investigate changes in cell behaviour. She explains that the different culture methods can be selected according to the purpose of the experiment; for keratinocytes, on-gel culture has been used for wound-healing models. Protocols for the preparation of Col-I, whether the 2D non-fibrous form or the 3D fibrous form, are simple and can be applied to a wide range of experimental questions.

In order to facilitate this, Dr Fujisaki and her colleagues devised a video report that can be used to guide the use of on-gel culture. To demonstrate its simplicity, Dr Fujisaki provides guidance on how to prepare the fibrous gels and the non-fibrous form of Col-I, in addition to explaining how to culture a HEK cell line, FEPE1L-8, and how to estimate the number of living cells in culture. 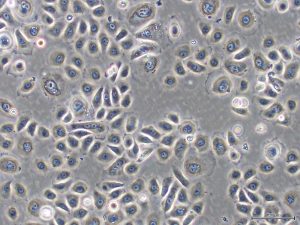 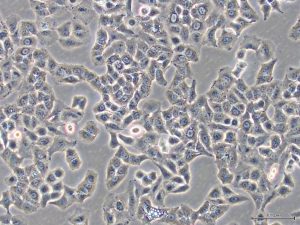 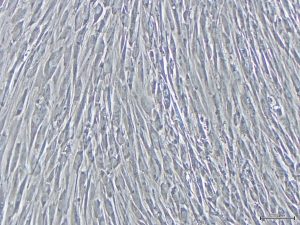 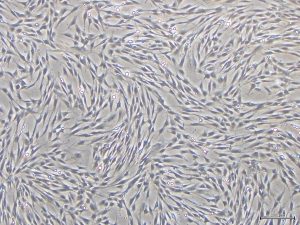 One possible consideration when culturing keratinocytes is how best to mimic the basement membrane that the cells would normally grow on. Whilst type IV collagen gels would usually be used for this, they take a long time to prepare so a novel culture substrate containing a mix of type I and type IV collagen may offer a versatile alternative.

On-gel culture systems can also be used to study cancer cells. Dr Fujisaki and colleagues cultured three different human cancer cell lines on both 2D non-fibrous and 3D fibrous Col-I substrates. They found that the proliferation of three tested cancer cell lines was inhibited when grown on the fibrous Col-I gels, while cells were grown on 2D substrate. They hypothesise that this is due to inhibition of a cell-survival signal. This perhaps makes sense from a physiological point of view, as the inhibition of this cell-survival signal may be part of the body’s attempts to prevent uncontrolled spread and proliferation of cancer cells.

Further studies of the relationships between different culture systems and different types of cells are still required. Understanding more about the complex interactions will contribute to the development of more useful organoid and the understanding of cancer invasion.

How do your findings in vitro correspond to what happens in the body in real life?
<>
Cell culture experiments focusing on detailed conditions are useful for knowing the actual biological state. Using 3D Col-I gel culture systems is thought to be better to mimic the physiological environment than those using the non-fibril form of 2D Col-I. We showed there are easy treatment protocols of Col-I for culture substrates. We expect that more cell biology researchers use Col-I gel culture system. 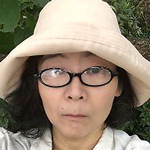 Dr Hitomi Fujisaki is Senior Research Scientist at Nippi Research Institute of Biomatrix in Toride City, Japan. She received a BS from the University of Tokyo, and a PhD in agriculture, United Graduate School of Agricultural Science, Tokyo University of Agriculture and Technology.