Biology
Researchers can learn much about the properties of many materials simply by weighing them. In cell biology, repeatedly measuring the mass of a cell reveals how fast the cell grows. However, this is very challenging: the mass of a single-cell is extremely difficult to measure with enough accuracy and without perturbing the cell. The laboratory of Dr Scott Manalis at the Koch Institute at MIT has developed new innovations in microfluidics technologies that enable such precision mass measurements. In his research, Dr Teemu Miettinen applies these technologies to reveal important new insights into the biophysical properties of cells, and the ways in which they grow and divide.

When objects become too small to measure on a weighing scale, researchers need to adopt clever new techniques to accurately probe their physical properties. Their ability to do this has been transformed by tiny vibrating cantilevers which are fixed at one end. When a microscopic object is placed on the cantilever, the frequency of the cantilever’s vibration will decrease in proportion with the object’s mass, allowing researchers to quantify the object’s mass. Over several decades, improvements to this setup have allowed researchers in many fields to probe smaller and smaller objects with high precision. Typically, such approaches require the measurements to be carried out in air or vacuum to obtain high precision. However, live cells require immersion in a solution. Over the last 15 years, the laboratory of Scott Manalis at MIT has developed suspended microchannel resonators (SMRs) to overcome this challenge.

In this innovative setup, cells were not simply placed on top of the cantilever; instead, they flow through fluid-filled microchannels carved into the cantilever. The vibrational frequency of the cantilever will then change in proportion to the buoyant mass of the cell, just like the vibration of a diving board changes when a diver springs off it. That is, that the diving board will vibrate very fast once the diver jumps off it, as the board now has much less mass. Notably, cells must be surrounded by fluids, and by flowing cells in a microchannel inside the cantilever, the space outside the cantilever can be made into a vacuum chamber. This has led to a million-fold improvement in measurement sensitivity when compared to a situation where the cantilever would vibrate in fluid that dampens the vibrations. The dampening of the vibrations is easy to envision: just think of a diving board trying to vibrate underwater. Furthermore, since cells are far less vulnerable to damage when suspended in fluids in this way, the setup allows the researchers at Manalis’ lab to make precise measurements of the physical properties of cells, without inhibiting their growth, or other normal behaviours. “Being able to measure the size of an object is a fundamental requirement for our physical understanding of nature,” Dr Miettinen explains. The measurement capabilities of this cantilever-based cell measurement system have been further improved by several more recent developments, many pioneered by Dr Joon Ho Kang, a former PhD student in the Manalis lab.

Combining SMRs with microscopes to study cell cycle and metabolism
The first of these useful new advancements is the ability to directly observe life-sustaining chemical reactions, known as ‘metabolic’ processes; as well as cell division (mitosis), under a microscope. To demonstrate the advantages of this microscope coupling, Dr Miettinen and colleagues stained specific components of cells with dyes made from light-emitting, or fluorescent molecules. “Coupling the SMR with a microscope allows one to couple various fluorescent measurements, which can report the metabolic state of the cell, as well as its cell cycle state, to the cell mass measurements,” Dr Miettinen describes. By measuring changes in the intensity of light emitted, the researchers could analyse how cell growth is coupled to cell division and metabolism.

Being able to measure the size of an object is a fundamental requirement for the physical understanding of nature.

Measuring density, just like Archimedes
The second new advantage of the SMRs stems from the fact that the fluid used in the cantilever microchannels themselves can be varied. The researchers use two fluids with different densities to fill the microchannels, allowing them to compare the two buoyant masses of individual cells to accurately calculate their volumes, masses, and densities. “This is analogous to the story of Archimedes measuring the king’s crown by weighing it in air and in water to resolve the crown’s density,” explains Dr Manalis. Surprisingly, variations in density between cells were almost 100 times smaller than variations in their masses and volumes. In healthy cells, density changes were only observed during early stages of cell division, revealing a phenomenon now known as mitotic cell swelling, where cells briefly increase their volume to support the separation into two daughter cells. “As a cell biologist, I find this work by the Manalis lab remarkable. Such density changes would be extremely hard to quantify with other techniques,” highlights Dr Miettinen.

Monitoring acoustic waves that probe the stiffness of a cell
Finally, the SMR also allowed Drs Kang, Miettinen and Manalis to detect changes in the mechanical properties of cells during cell division. To do this, they exploited sound waves which are formed inside the cantilever as it vibrates. They found that by measuring how these waves are reflected from the cell travelling through the cantilever, they could probe the physical stiffness of a cell. “Just like echoes in a room are silenced by soft fabrics, this acoustic signal is dependent on the stiffness of a cell,” says Dr Miettinen.

By measuring changes in how these sound waves scattered around cells as they underwent changes, the researchers provided a new approach for studying how cells maintain their mechanical rigidity as they grow and divide. In a bigger picture, these innovative features of the SMR technology have allowed Dr Miettinen and his colleagues to discover new features of cell growth and metabolism during the cell division.

Discovering mass changes during mitosis
A cell spends most of its lifetime growing and duplicating its content so that it may eventually undergo a division into two daughter cells. During cell division, a complex array of stages needs to play out before a cell can fully divide. Overall, these are called ‘mitotic stages.’ By observing cells under a microscope, researchers have previously distinguished the mitotic stages and characterised many of the molecular regulators controlling these stages. This has led to development of cancer chemotherapies that target processes required for specific mitotic stages. However, without precise and non-invasive ways to probe the physical properties of dividing cells, biologists in the past could only speculate how cellular properties, such as mass, would change during mitotic stages. Until now, researchers have assumed that no mass changes, i.e. growth, occur during mitosis, where mass accumulation should be inhibited by cellular reorganisation needed for cell division. However, as Dr Miettinen and colleagues have now found, this hypothesis is incorrect.

Using the SMR, we have revealed the detailed growth dynamics of healthy and cancerous white blood cells as they proceed through the cell cycle.

“Using the SMR, we have revealed the detailed growth dynamics of healthy and cancerous white blood cells as they proceed through the cell cycle,” he recounts. “Curiously, we found that growth is very dynamic in mitosis. As cells enter mitosis, they accumulate mass very fast. However, during the middle of mitosis, when the cell rapidly segregates into two daughter cells, mass accumulation stops, and many cells even lose mass. Then, at the end of mitosis, mass accumulation rapidly recovers.”

Clearly, this pattern is far more complex than biologists had previously thought. Dr Miettinen and colleagues believe that our limited understanding of mass changes during the cell cycle is limiting the development of certain medical treatments, including cancer chemotherapies. By identifying the detailed mechanisms underlying these mass changes, they have now begun to gather crucial new insights into the regulation of cell growth, allowing them to suggest new improvements to these treatments.

“We are currently investigating the detailed mechanism behind the rapid stop of mass accumulation,” Dr Miettinen continues. “We have also identified a mitotic regulator called CDK1 as one growth promoting molecular component in mitosis. As we learn more molecular level details of growth regulation, this knowledge could be leveraged to improve cancer treatments.” The SMR has many potential applications in cell biology and the researchers predict a bright future for the technology, and its use in probing the physical properties of cells.

Potential for future discoveries
Through the continuing work of all the members of the Manalis lab, further improvements to the capabilities and precision of SMRs are now well underway. With these new advancements, biologists such as Dr Miettinen, could discover more about the molecular mechanisms responsible for cell growth and metabolism, and how they change as the cell cycle proceeds.

Critically, such insights could also yield new developments in tests of patients’ sensitivities to different drugs; improving the precision of medicines and cancer treatments. As Dr Miettinen concludes: “New innovations regarding the technology and implementation of the technology to new biological questions are likely to influence single-cell research and the field of cell biology as a whole in years to come.”

The potential for this innovative technique is huge. What is the focus of your future research?

<>Dr Manalis: The Manalis lab continues to push the limits of the SMR technology by making the measurements faster, more precise and suitable for more sample types. Measuring biophysical properties of single cells with high precision has proved to be very useful, but what if we could sort cells based on these properties for downstream analysis? That could open completely new avenues of biomedical research.

Dr Miettinen: We will use the technology to study the interdependency of growth and metabolism during the cell cycle. Growth processes are known to consume most of the cellular energy, but it is not known if cells’ ability to produce energy is actually limiting growth. In the long term I envision building a ‘bioenergetic map of the cell cycle’ that details how growth and energy metabolism change in each stage of a cell’s lifetime.

Unravelling the secrets of the cell with suspended microchannel resonators was last modified: November 16th, 2019 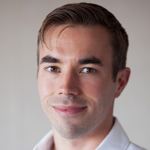 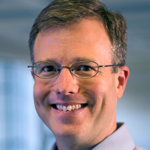 Teemu Miettinen obtained his BSc in Biology and MSc in Biochemistry from the University of Eastern Finland in 2010 and 2011, respectively, and his PhD in Cell Biology from the University of Dundee in 2015. He is currently a Henry Wellcome Research Fellow, employed by University College London and working in collaboration with engineering & biology experts at Massachusetts Institute of Technology.

Microfluidic technologies for measuring biophysical properties of live cells with the aim of exploring cancer, immunology and metabolism.