What if? That’s the question behind the Synthesis Center, a unique institutional experiment at Arizona State University in the United States. Created by Professor Sha Xin Wei, the transdisciplinary ‘atelier’ or workshop brings like minds together to explore the interface between media arts, the environment, engineering and technology. With the potential for global social impact, the results generate significant insights into how we interact with technology.

In January 1984, during the televised American Superbowl, Apple aired a one-minute advertisement to promote a product that introduced personal computing to the world.

It’s an analogy and message that still holds true for Professor Sha Xin Wei. He wants us to re-discover pre-Newtonian ways of thinking, when art and science were not regarded as separate disciplines, but came together in the realisation of imaginative potential – the creativity that Aristotle meant by ‘poiesis’ combined with the ‘praxis’ of skilled execution.

Professor Sha is a theoretical mathematician who studied at Harvard and Stanford in the United States, and also pioneered technologies that showed what lay beyond the worldwide web. In addition to his scientific training, he maintains a lifelong interest in media arts, philosophy, and social impact. In true Renaissance man style, he is as happy discussing quantum mechanics as experimental theatre. He is currently Professor of Arts, Media and Engineering at Arizona State University, where he also directs the Synthesis Center.
Weaving the strands of his professional and extra-curricular life together, Professor Sha describes the Synthesis Center as an ‘atelier for creative research’. Combining aspects of art studio and science lab, the atelier is a ‘home for adventurous people to invent new ways of thinking and imagining about things’.

A home for adventurous people to invent new ways of thinking and imagining about things.

The ‘internet of things’ – the network of physical objects that make use of sensors, software, and other technologies to connect and exchange data with other devices and systems over the internet – is an increasingly familiar concept. However, Professor Sha believes it is now time to also think about the ‘ecology of things’ as the so-called ‘wicked problems’ of the 21st century – seemingly insolvable issues such as climate change, environmental pollution and global poverty.

The Synthesis Center is where such thinking can take place in what Professor Sha calls a ‘fresh kind of practice, blending process philosophy, computer media and theatre arts, and critical studies of technology, ecology and economy’. In this way the center seeks to produce new knowledge about how people, technology and society articulate creatively and expressively in the 21st century.

Origins
The Synthesis Center for Transversal Art, Philosophy and Technology builds on concepts Professor Sha developed previously at the Topological Media Lab at Concordia University in Montréal, Canada. The lab applied the mathematical concept of topology – how the properties of geometric objects are preserved under deformations such as stretching or twisting, to computational media. Researchers worked on various projects and installations, for example a video art project on the concept of fire which combined camera-based motion tracking and gesture-oriented programming software to help viewers interact with projections on screen. Sudden movements by participants created the on-screen but palpable illusion that they had caught elemental fire.

The Synthesis Center is an equally creative, transdisciplinary space for the exploration of a new generation of computer-augmented responsive environments. The atelier is modelled on the workshops of the Renaissance and also draws on contemporary concepts of experimental technology labs, physical action theatre, media labs and design studios.

People as well as space
More than a physical space, the Synthesis Center is a group of people who come together and use technologies and techniques to work collectively and create meaning through projects of non-anthropocentric design. As Professor Sha explains, it is about finding ways ‘to design and build environments in which we would like to live, in which we are not the most important beings in the world’.

Researchers from different arts, humanities, science and technology backgrounds work on projects and events which create enriched experience and cultural value. They go beyond art as creative experience to look at how artistic methods can inform technological research. For example, lighting, rhythm and improvisation workshops have explored how theatrical grade digital technology can be used to enliven everyday public spaces. In addition, animated materials have been produced such as textiles that emit sounds when touched, and light sculptures have been created that respond to movement and gesture.

The Synthesis Center is also about transformation and changing the way people do things. Professor Sha explains: ‘Transdisciplinary research is more than merely sitting an engineer and an artist and a philosopher in a room; it means transforming each discipline’s own ways of doing things, with care.’

Research clusters
The Synthesis Center’s output is based on a series of ‘research clusters’ or themes. ‘Movement and change’ for example, looks at how a sense of change and rhythm permeates both individual lives and the collective lives of city dwellers. In this way the center seeks to contribute to the global debate about urban design and the resilience of cities, including the United Nations’ goals for sustainable development.

Another theme, ‘Mathematic Art and Design’, is about the stuff of life, such as sound, light and movement, but detaching these from theatre, music and dance to create new modes of expression for our dynamic age. For example, the ‘Heartbeat’ residency studies how a dancer’s internal rhythms articulate and respond to those of musical accompanists. In this way, researchers hope to provide insights into how people correlate actions non-verbally in physical space.

Beyond ‘futures’
The Synthesis Center’s work not only glimpses the future, it can also help to shape it by imagining worlds other than what is at hand and prototyping alternative social forms such as the city or street, or infrastructures such as communications and finance.
For example, projects could be developed that look at seemingly intractable ‘wicked’ problems like urban pollution and what it would be like to live in a city without cars. Experiments would be impossible to conduct in real life, but valuable insights could be gained by using art to prototype the issues involved. By opening its doors and inviting people in to share a curated city environment, the center can create spaces for people to play out and act ‘as if’ they were car-free. Far from a game, such enactment of different scenarios provides significant holistic insights into social behaviour.

Similarly, rather than predicting the future, the Synthesis Center’s work in speculative design and speculative engineering of materials and systems invites people to think about and discuss what science and technology may bring about. This ‘what if’ approach enables researchers to look at the kind of services that can be created using developing technologies, for example gestural sound, wearable devices and animated materials.

Vision
Working at the intersection of media arts, environment, engineering and technology, with a new, exciting approach to collaboration and innovation, Professor Sha refers to the Synthesis Center as an ‘ethico-aesthetic experiment’. His seminal book Poiesis and Enchantment in Topological Matter, together with his many published papers and online talks, outline the theory, philosophy and practice behind the center and have an additional role as critical / social studies of technology.

With the potential for global social impact, the Synthesis Center is a crucible of ideas for how humans and even non-human natural forms interact with technology in sustainable and surprising ways. Professor Sha says: ‘We study the human experience of technology so that we can impact its design, adoption, and incorporation into different aspects of our daily lives.’ He adds: ‘We pursue our mission by developing new practices for imagining and creating worlds that do not burden but enliven experience. We design technologies and techniques for animating environments that are richer but not more complicated, by asking how can we create worlds that we would want to live in?’

Challenge
The Synthesis Center’s vision is of a brave new world which, as Apple’s 1984 advertisement implied, is about freedom rather than control. It is already building alliances with organisations around the world that share its vision and commitment to a fresh ‘ecology of practices’.

Professor Sha explains: ‘Computer-driven media now circulate and activate images, sound and objects at densities greater than human limits of comprehension. We face the limits of effectively managing the technologies that activate our everyday world. Our challenge is how to build and inhabit environments that leverage the power of emerging technologies for shelter, sociality and play.’

For highlights from Synthesis research: https://vimeo.com/synthesiscenter/demo

Of all the research clusters that the Synthesis Center is working on, which do you think has the greatest potential for global social impact?

Our Prototyping Social Forms stream offers ways to harvest the work we’ve done with experimental art and technology to work with people to not only imagine other ways to live in the world but to create and try them out, to prototype worlds.

What media arts can teach us about technology and its use was last modified: January 20th, 2022 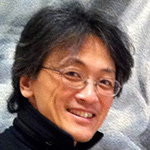 Sha Xin Wei Ph.D. is Professor at the School of Arts, Media & Engineering and directs the Synthesis Center for Transversal Art, Philosophy and Technology at Arizona State University. He is a Professor at the European Graduate School in Philosophy, Art and Critical Theory; Fellow of the ASU-Santa Fe Institute Center for Biosocial Complex Systems; and Senior Fellow of Building21 at McGill University.

Sha Xin Wei. (2021). What media arts can teach us about technology and its use. Research Outreach, 121. Available at: https://researchoutreach.org/articles/what-media-arts-can-teach-us-about-technology-and-its-use/ (Accessed YYYY/MM/DD)