Behavioural Sciences
What does it mean to be white in a black majority population? That’s the question addressed in ongoing research into racial identity and ethnicity by Michiru Ito from Japan’s Otsuma Women’s University. Focusing on ‘whiteness’ in the Caribbean islands of Barbados and Trinidad, Ms Ito’s work reveals substantial differences between the two islands in how people who identify as white perceive their heritage and place in modern, post- colonial society.

Whiteness studies – a subfield of racial studies – is an academic discipline which provides a new way of looking at race and racism. Pioneered in the United States in the late 20th century, there has so far been little research into how whiteness as a historical and social construct can be used to understand societies in the Caribbean.

However, ongoing research by a Japanese academic into what it means to be white in black majority populations in the Caribbean is producing valuable insights. Most importantly, it reveals that a sense of colonial superiority remains rooted in the minds of some white people, even though younger generations try to deny the existence of white privilege.

Michiru Ito from Japan’s Otsuma Women’s University specifically examines what makes people consider themselves ‘white’ and different from non-white ‘others’ and what constitutes their whiteness in relation to non-whites. 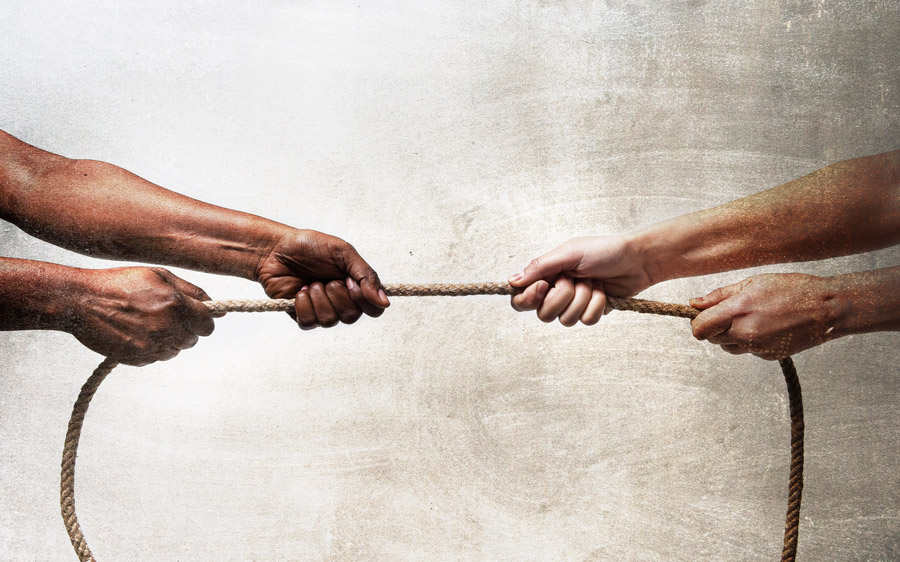 Ms Ito’s research is based on oral histories gathered by face-to-face interviews with white residents of Barbados and Trinidad who have lived there for more than three generations. She explained: “Although oral history might not be able to generate scientific statistical data to generalise who is white in Barbados and Trinidad, it does provide insights, explanations, and space for interpretation, to understand a marginalised segment of Caribbean society – the white population.”

Colonial history
Despite their similarities as former European colonies with black majority populations, Barbados and Trinidad have different racial demographics.

The differences in the islands’ population groups can be explained by their colonial histories. Barbados and Trinidad were both ‘discovered’ in the late 15th century by Europeans who seized land from the native populations.

While maintaining the concept of racial purity as white is difficult in the globalised Caribbean, colonial notions of whiteness still remain in Barbados and Trinidad.

Barbados developed as a British colony, which mainly depended first on convict labour from Britain and then on slave labour from Africa to work the sugar plantations established by settlers. Trinidad developed as a Spanish colony but was unable to attract enough Spanish settlers and offered incentives to people from other Catholic nations to settle there. Many of those who established Trinidad’s sugar plantations, which also depended on slave labour from Africa, were from France. As a result, even though the island was surrendered to Britain in 1797, Trinidad’s society and culture continued to be governed by French morals, customs and language for some time.

When slavery was abolished in the British Caribbean in 1834 and plantation owners required a new source of labour, employment on the islands was offered to people from other parts of the British Empire. Desperate to escape poverty at home, many of those who came to the Caribbean as indentured labourers were from India.

Although Barbados and Trinidad both gained independence in the 1960s, Ms Ito’s interviews reveal the ongoing impact of the islands’ colonial history. She explained: “While maintaining the concept of racial purity as white is difficult in the globalised Caribbean, colonial notions of whiteness still remain.” In other words, many of the white population in Barbados and Trinidad are still taking advantage of the idea of white supremacy in the 21st century, which is derived from the historical and social significance of colonial ‘race’ relations in each island.

Ms Ito’s research therefore looks at who is considered white today, what constitutes their whiteness in relation to non-white others, and whether there are differences in that experience between the islands of Barbados and Trinidad.

Ms Ito has based her latest study on interviews carried out between 2016 and 2019 with 53 men and women. 26 interviewees live in Trinidad and 27 in Barbados. Aged 18 to 78, all identify as coming from white families who have lived on the islands for more than three generations.

Barbados interviews
In Barbados Ms Ito found that white people feel free to speak about their ethnicity and that ‘whiteness’ is a relative term. Even though they identify as European-descended white, some interviewees said that they had an interracial family background. Their construction of whiteness derives in part from their awareness of differences in physical features. As one interviewee explained, they identify as white because they “look white, act white and belong to white society in Barbados”. They also acknowledged that they might not be able to “pass as white” in Trinidad.

Class is also an important part of white identity in Barbados. Interviewees explained that white society is divided into groups according to income, educational background, membership of religious and social groups and skin colour.

Whiteness is not of itself sufficient to allow people entry into high society. Interviews with economically disadvantaged white people – the ‘Poor White’ descendants of Irish and English labourers transported to the Caribbean – revealed they felt that all Barbadians are now the same. They had the same jobs as African-descended Barbadians and had no objections to interracial marriages.

White Barbadian interviewees of all ages said that they no longer believed in white supremacy or white privilege, although in reality many of them enjoyed financially fortunate circumstances. On the contrary, some said that being white can make life more difficult and be a disadvantage, for example because white people can sometimes be bullied by non-white ‘others’ based on the difference in their physical features and their ‘colonial sin’ as slave owners.

In Trinidad interviewees of all ages were even more insistent than those in Barbados on the importance of class as an indicator of white identity. However, the issue is complex. For example, older interviewees said that a man of black African descent, of high class and with a good income may still not be thought a suitable match for a white woman.

Younger interviewees said that white supremacy no longer exists in Trinidad and that they don’t abuse their whiteness, even though their stories revealed that whiteness still works in their favour. For example, they are more likely to get a better job and to be treated leniently if they have dealings with the police. They are also aware that whiteness signifies their ancestors’ historical roles as slave owners and will therefore try to distance themselves from ‘whiteness’ in order to forge closer relationships with non-white ‘others’.

However, Ms Ito’s interviews suggest that older people in Trinidad do still believe in white supremacy. One interviewee explained the complex power dynamic between white people and non-white employees. For example, she abhorred how some elderly white people mistreated their non-white domestic workers but explained that workers might not complain because working in a white household gave them status.

Balanced understanding
Ms Ito’s research suggests that there are significant differences in the historical and social constructs of white identity between Barbados and Trinidad and between different age groups in the islands. 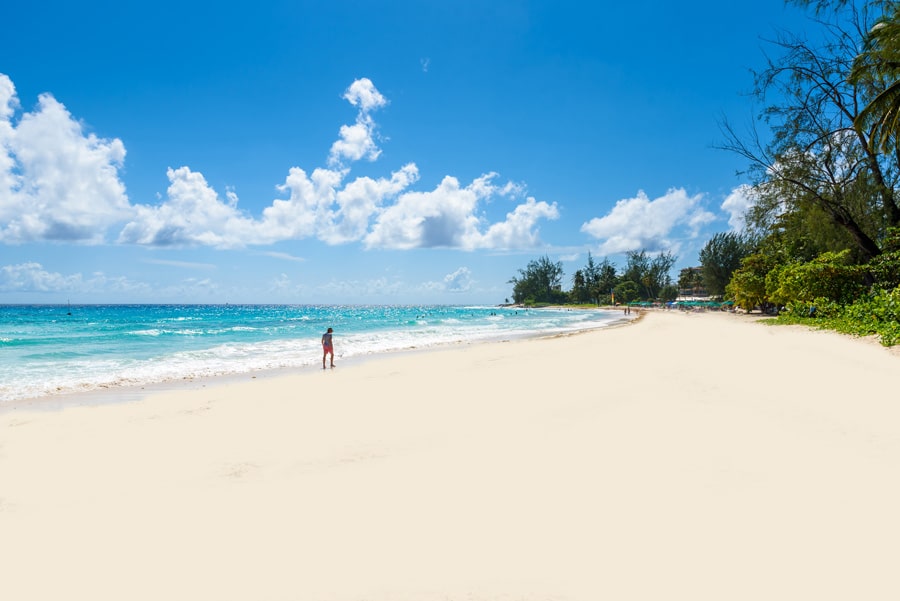 Most notably, while people who identify as white in Barbados said that white privilege no longer exists in Barbadian society, whites of European heritage regarded themselves as belonging to elite social groups in Trinidad. And while people of all ages in Barbados and younger people in Trinidad said that white supremacy no longer exists in the societies in Barbados and Trinidad, that belief is not shared by Trinidad’s older generations who have a much stronger insistence on racial purity.

It is unusual today for white people to speak so candidly about race and Ms Ito’s insights into white identity in Barbados and Trinidad are a valuable contribution to racial studies. She commented: “Caribbean whiteness is a product of the colonial experience and the Caribbean islands are diverse in their cultures and elements in societies depending on their colonial histories. As we enrich our understanding of whiteness in the Caribbean, our balanced understanding of the Caribbean will be fostered.”

Some of the interviews make uncomfortable reading in modern, post-colonial society, especially when interviewees spoke candidly about topics such as ‘racial purity’. Was there an awareness among interviewees that some of their views are problematic?

Yes, there was. At the beginning of the interviews, many interviewees tended to avoid any racist remarks, some were offended, manipulative or disgraceful, and then many insisted they were ‘pure’ white. Undoubtedly, in the modern 21st century, not many people wish to voice the opinion that a certain ‘race’ is superior to others, because that argument is scientifically baseless and therefore considered unsophisticated. Nevertheless, what I tried to do was not to judge but to face the uncomfortable realities – white supremacy, white privilege and social inequality have continued from the colonial days – and then to question what allowed them to continue in the post-colonial societies. Those might have been untouchable topics, but I believe I was successful in providing some insights to foster a balanced understanding of those uncomfortable realities (to some degree).

White identity in the Caribbean was last modified: April 15th, 2020 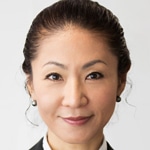 Michiru Ito is currently lecturing on Decolonized History, Caribbean Studies, British Imperialism and Postcolonial Experiences at Otsuma Women’s University in Tokyo, Japan. She formerly worked with the Japanese government and the United Nations in the field of diplomacy and socioeconomic development, and lived in Jamaica, Trinidad and Guyana for more than a decade. 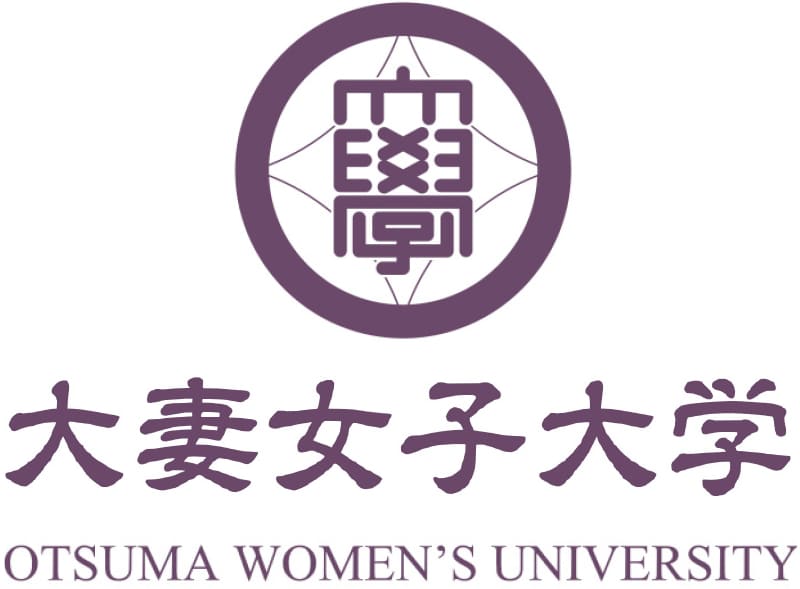 2 thoughts on “White identity in the Caribbean”