Health & Medicine
For most patients, a cancer diagnosis means some tough times ahead. Standard assessments to determine the best treatment can be time-consuming, adding to the patient’s stress and anxiety. Professor Stuart Taylor, based at the University College London Hospital, wants to see a more widespread use of whole-body MRI scans in cancer patients. He proposes this as a faster and cheaper way to determine what treatment to follow compared to the multiple scans patients must currently endure.

Receiving a cancer diagnosis is almost always a life-changing event. Once they recover from the initial shock, patients are often full of questions about their condition, and want to know whether it has spread and how fast they can start treatment.

However, it’s not possible to start treatment based on a simple initial examination. Cancer is a complex disease and there are multiple options for treatment.

To prescribe the treatment that best suits each patient, doctors need to find out whether the cancer has spread in the body and which organs are affected. This spread is known as ‘metastatic disease’ and it’s one of the main factors to determine the kind of treatment needed. If possible, the tumour is usually removed by surgery, but patients may need further treatment in the form of chemotherapy or radiotherapy if the disease has spread. 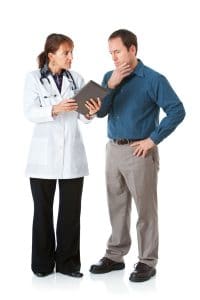 Typically, the initial assessment is done using a variety of scans, such as a CT (computed tomography) scan which uses X-rays; a PET (positron emission tomography) scan to produce detailed images of the inside of the body based on tissue metabolism and an MRI (magnetic resonance imaging) scan, which utilises magnetic fields and radio waves to produce the most detailed images of internal organs.

Doctors use each of these different methods because each has some limitations to detecting cancer. For example, a CT scan is ideal to scan the lungs but sometimes fails when it comes to the bones; whereas an MRI is often better at spotting metastases in the bone but may struggle in the lungs. In England, this series of tests is regulated by the National Institute for Health and Care Excellence (NICE), who publish guidelines listing the tests that are needed to determine the cancer stage, allowing doctors to decide on the best treatment.

The problem is that this process may take several weeks to complete at a time when cancer patients are eager to start treatment. It exposes them to ionising radiation from CT and PET scans and, worst of all, delays the start of treatment, adding to a patient’s stress and anxiety levels.

For Professor Stuart Taylor, based at the University College London Hospital, what doctors really need to speed up the process is a one-size-fits-all approach. With this in mind, Prof Taylor and his team set up two clinical trials to test whether a whole-body MRI scan would have any benefits over the traditional process to detect how much cancer has spread throughout the body.

The trials: testing a whole-body scan
Funded by the NIHR Health Technology Assessment program, these clinical trials involved almost 500 patients diagnosed with either lung cancer (187 patients) or colorectal cancer (299 patients). These were the largest ever prospective trials of whole-body MRI scans (or WB-MRI for short) performed to date, involving 16 different hospitals from around England.

The NHS should be investing in MRI scanners, and training radiologists, as ultimately WB-MRI will make cancer staging quicker, cheaper and, importantly, better for patients.

After being diagnosed and enrolled in the study, patients followed the normal scanning procedure, but also underwent a whole-body MRI. This scan was then analysed by a NHS radiologist but the results were not revealed until the patient’s doctor had decided what type of treatment they needed based on the normal series of scans. After this decision, the doctor was able to read the report from the whole-body scan and say if any additional scans would have been needed, and what the treatment would have been if the WB-MRI was the first test performed.

Results show that the WB-MRI approach works just as well as the multiple scan approach for patients diagnosed with either lung cancer or colorectal cancer. In particular, it was just as good at finding disease spread. In fact, for nearly every patient, doctors stated they would recommend the same treatment based on the WB-MRI as based on the usual scans. Even after 12 months, the initial WB-MRI results remained just as accurate for deciding the best treatment as the standard approach with multiple scans.

For most patients, one whole body scan was enough to determine the best course of action. Fewer than 7% of patients with colorectal cancer and under 20% of patients with lung cancer would have needed further tests to complement their WB-MRI. So, the idea of using WB-MRI as a one-off exam did work.

And the advantages don’t end there. Results show that starting with the whole-body MRI scan is quicker, cheaper, and preferred by patients.

Lung cancer patients would have been fully assessed in just 13 days, as opposed to 19 days using multiple scans. Similarly, for patients with colorectal cancer, the wait could be cut down by five days from 13 days in the standard procedure to just eight days with a whole-body MRI scan. These few days may not necessarily make any difference to the overall outcome, but they do much to alleviate a patient’s acute anxiety around waiting for treatment. In the case of lung cancer however, patient outcomes are improved by reducing the time between diagnosis and treatment, even by a short period.

Also, at a time when the NHS is already financially overstretched, news of lower costs associated with the whole-body MRI scan will also be very welcome to stakeholders. Opting for the single scan can save the National Health Service £303 per patient in the case of lung cancer and £69 in the case of colon cancer.

Lastly, although it can take up to an hour stuck in a small MRI machine, most patients preferred the whole-body option, especially if they saw it as a way to fast track their treatment. Reducing the number of trips to hospital for scans was also valued by patients.

Results show that the whole-body scan is quicker, cheaper, and preferred by patients

It’s important to note that these findings only refer to colorectal and lung cancer and may not be valid for tumours developing in other parts of the body. Also, waiting times and costs may not be the same in other UK hospitals or in hospitals in other countries.

Barriers to implementation
Despite the highly encouraging results in terms of savings in cost and time, there are some issues with this approach. For example, patients with claustrophobia may struggle to complete a long scan, as both head and body are completely enclosed within the scanner. MRI is not an open doughnut-shaped scanner, but more like a closed tube. However, newer MRI scanners are much roomier than they once were, which helps claustrophobic patients. For Prof Taylor, the best way to deal with patients who may have some major reservations about undergoing WB-MRI is to offer them the standard scans instead.

From a practical point of view, converting to WB-MRI throughout the country poses other challenges. Not only are most scanners in England already running at full capacity, but also hospitals lack radiologists trained to interpret MRIs. As Prof Taylor explains, “The NHS should be investing in MRI scanners, and training radiologists as ultimately WB-MRI will make cancer staging quicker, cheaper and, importantly, better for patients.”

Real-world results
For Prof Taylor, one of the most important aspects of these trials was the fact that participants were treated exactly the same as every other patient in the NHS. All the imaging was done and interpreted by radiologists working at each of the 16 hospitals that participated in the study. These members of staff represent the average skill in the national workforce rather than a highly specialised research staff. “We are very confident that if WB-MRI were more widely adopted, its performance would match our findings,” Prof Taylor concludes.

Overall, Prof Taylor is keen to see a more widespread use of WB-MRI as a routine examination for recently diagnosed cancer patients. While demands on existing scanners are currently high, in the long term, this switch from multiple exams to a single test would save time and money, not to mention speeding up the start of treatment for patients.

What are your next steps to see the results of your research taken up more widely in the NHS?

<> We have shown that in a real-world NHS setting, staging lung and colorectal cancer using WB-MRI is quicker and cheaper than the current multi-scan approach. The next steps are for hospitals to start a WB-MRI service for selected patients so as to build up their experience of performing the test. At the same time, we need to train radiologists to report the scans using workshops and online training resources, many of which are already developed. We must make sure patients are aware of the study results so they can discuss the potential use of WB-MRI with their cancer doctors. 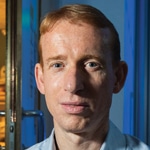 Stuart Taylor is an academic clinical radiologist specialising in Gastrointestinal and Oncological Imaging. He is Professor of Medical Imaging at UCL. His academic expertise aligns around clinical translation of imaging technology, encompassing the translation research pipeline from first-in-man studies through the large-scale prospective multicentre trials.

This project was funded by the National Institute of Health Research health technology assessment NIHR HTA programme (project number 10/68/01). The views expressed are those of the author(s) and not necessarily those of the NIHR or the Department of Health and Social Care.