Physical Sciences
There is growing awareness of the impact that solvents have on pollution, energy usage, contributions to air quality, and climate change. Consequently, sustainable solvents are a topic of growing interest, both within the research community and the chemical industry. A research team at Ipsen, Dublin, are forging the way ahead in the development of new, greener ways of manufacturing. Notably, their studies highlight that there are viable greener solvents, offering alternatives to hazardous substances for the manufacture of peptides. Excitingly, the Ipsen team are taking these solvents forward for the small-scale synthesis of commercial and developmental peptides.

Peptides − short chains of amino acids − rule the body. They can act as molecular signals, and help to regulate human metabolism. Their important roles in the body mean that they are the target of much attention within the pharmaceutical industry: peptides are made for important research purposes and for the development of medicines.

The first example of peptides being used as medicine was in 1922, when ox pancreas extract was used to save the life of a 14-year-old. Today, insulin has become a household name, and proteins now comprise around 10% of the global pharmaceutical market. Synthetic peptides are used in immonugens, vaccines, medical imaging and vectors for transporting radionuclides for treating metastatic tumours. Peptides often have high biological activity and low toxicity compared to conventional ‘small molecule’ medicines. There are currently 50 peptide drugs on the market, and hundreds more in clinical trials and preclinical development.

Chains of amino acids
Peptides are composed of a chain of amino acids, meaning it is possible, with the right technique, to convert amino acids into any desired peptide. RB Merrifield was the first to achieve this type of reaction in the 1960s, by starting with amino acid precursors. His breakthrough strategy, called ‘solid-phase peptide synthesis’ (SPPS) remains the most commonly used method for producing peptides at any scale, laboratory to industry.

As regulation closes in on hazardous reagents, organisations will increasingly need to rely on better processes with greener solvents.

Before SPPS the challenge of peptide synthesis was to do with the way amino acids are structured. Amino acids have two ends: at one there is a carboxylic group and at the other there is an amino group. A carboxylic group can react with an amino group, joining two amino acids together. Repeating the process can lead to a chain known as a peptide. But if you mix together the amino acids and promote the reaction, how can you get the correct order? Even adding amino acid A to amino acid B, how can you guarantee peptides of AB rather than AA, BB or ABBB?

SPPS solves this problem in two ways. The first is the use of protecting groups. When an amino acid is added, it contains a protecting group on the amino end, preventing it reacting after it has joined the end of a chain. Second, one end of the peptide is anchored to a resin. After each amino acid addition, the resin can be washed and filtered, removing any excess reactants. The protecting groups are then removed before repeating the process with the next amino acid. This process meant that even large peptides could be synthesised, and in excess of 100 amino acids, earning Merrifield a Nobel prize.

Hazards of SPPS
Whilst being able to synthesise peptides has saved innumerable lives, the processes used to create them involve chemicals which are themselves incredibly dangerous to human and environmental health. Solvents like DMF, NMP, DMAc and DCM are all commonly used in SPPS for dissolving the various protected amino acids used in the process. These solvents are variously toxic, damaging to foetuses and even carcinogenic.

SPPS by nature requires using more of a reagent than will react completely, to ensure the reaction goes to completion. The resin beads are washed at every step to remove excess reagents and by-products, generating high volumes of hazardous waste.

Typical methods for generating peptides generate an estimated 3 to 15 tonnes of waste per kilogram of product, depending on the length of the peptide produced.

Green chemistry
It’s no wonder then that companies like Ipsen Dublin are looking into greener alternatives in the processes used to generate peptides. As interest in the impact of solvents on pollution, energy usage, and contributions to air quality and climate change grow, sustainable solvents are becoming a topic of growing interest in industry and research.

Over the past ten years there has been a significant increase in the amount of research dedicated to alternative, greener approaches to peptide synthesis. Often studies aim to reduce the amount of hazardous waste generated from the use of reprotoxic and carcinogenic solvent.

Greener solvents
At Ipsen, the APID group (Active Pharmaceutical Ingredients Development, including Katarzyna Wegner, Danielle Barnes, Agnieszka Jardine and Declan Moran), is responsible for improving novel peptide manufacture. Over the last decade, the group has focused its efforts on understanding how they can meet REACH regulations (Registration, Evaluation Authorization and Restriction of CHemicals) by developing and implementing greener peptide manufacturing methods.

REACH legislation regulates the use of potentially harmful and environmentally damaging substances in Europe, and was established to protect both humans and the environment from hazardous chemicals.

CHEM21 guidance on the use of green solvents does not recommend acetonitrile, methyltertbutyl ether or tetrahydrofuran in research or industry reactions, and common solvents DMF, NMP and DMAc are coming under scrutiny by the EU, and greater restrictions are coming into force limiting their use in industry.

All’s swell
The APID researchers identified three peptides which are synthesised using hazardous solvents. For each process, greener solvents were screened according to their ability to cause the resin to swell. ‘Swell factor’ is important in SPPS because resins which swell more have a higher surface area, allowing reagents into the core of the resin more easily, speeding up the reaction and increasing the yield.

Solvents which demonstrated the ability to cause efficient resin swelling were further narrowed by other important properties, especially their ability to dissolve the starting materials for each reaction. These were selected as candidates for SPPS trials for the small-scale synthesis of commercial and developmental peptides.

Three projects, three peptides
The first peptide investigated is a cyclic peptide composed of eight amino acids and a small molecule residue. Resin X used in this process had four candidate greener solvents: DMC, 2-MeTHF, CPME and EtOAc. However, all the amino acids exhibited poor or intermediate solubility in the solvent candidates, around 0.1 to 0.3 mol dm-3 concentration.

Because of the poor solubility, only DMC was evaluated for use in SPPS. This replacement solvent resulted in a yield considerably lower than the same reaction that performed in DMF, around 14% of the original yield. The purity was also significantly lower: 4% compared to the 82% normally achieved.

To increase the yield and solubility, the SPPS protocol was changed to reduce the concentration of the solutions used. Despite these attempts to optimise the SPPS reaction, the yield could only be increased to 36% of the yield for the original process, with a low purity of 11%.

The second peptide, another cyclic octapeptide, uses resin Y, which had an acceptable swell factor in a number of solvents including DMC, 2-MeTHF, CPME, NBP and EtOAc, all of which were chosen for further evaluation. 2-MeTHF and NBP were able to solvate all seven amino acids, but lower yield results were still seen for this reaction. The best result was obtained using 2-MeTHF, which gave a 65% yield of the original yield. Both the coupling reaction and deprotection reaction were less efficient in the greener solvents than in DMF.

For a third cyclic octapeptide, nine solvents were tested as replacements for DMF. The resin used in this reaction showed good swelling in 2-MeTHF, NBP, NMP and MTH and intermediate swelling in four others, DMC, EtOAc, CPME and γ-Valerolactone.

The APID group has its focused efforts on understanding how to meet REACH regulations by developing and implementing greener peptide manufacturing methods.

Only two − NBP and γ-Valerolactone − were able to effectively solvate the amino acids used, and these were chosen for further evaluation. γ-Valerolactone showed poor results, yielding 18% of the original process with large quantities of impurities thought to be caused by the poor swell factor.

However, NBP gave much better results in small scale studies. As a result, a large scale manufacture was attempted, providing almost 70% of the original yield. Product purity was fairly consistent with the DMF process, at 48% rather than 60%.

This promising result led the researchers to attempt a combination process involving DMF for the coupling steps of SPPS but using NBP for the washing steps. The DMF/NBP combination strategy for SPPS produced a yield of 92%, and good purity of 55%.

Whilst using a combination of DMF and NBP doesn’t completely eliminate the use of hazardous solvents, it does massively reduce the amount of hazardous waste generated in the process. This highly promising strategy resulted in a total 82% reduction in DMF use.

A greener future
Based on these studies it’s clear that while there is no ‘gold standard’ solvent that can replace hazardous solvents in solid-phase peptide synthesis, there are viable options available. These should be evaluated on a case-by-case basis, not least because selecting alternative solvents is highly challenging: poor resin swelling, insolubility of starting materials, and lower yields can all cause problems. But as regulation closes in on hazardous reagents, organisations will increasingly need to rely on better processes with greener solvents.

What do you think the key barriers are to further uptake of greener solvents in peptide synthesis in the scientific community?

<>Currently, the programmes for the development of active pharmaceutical ingredients (APIs) are very aggressive. Pharmaceutical companies are expected to deliver the final process of manufacture as early as possible in clinical studies. At present, there is no “gold-standard” for green solvent alternatives which are interchangeable with commonly used hazardous solvents. To develop the manufacturing process to include a greener solvent would take considerable time and resources, and potentially result in a loss of yield and the generation of new impurities.

Another key barrier to further uptake of greener solvents in peptide synthesis in the scientific community includes regulatory constraints especially the timelines and costs associated with changing the filing in multiple regions. These changes should be introduced at the early stages of the development to reduce the impact on the regulatory filing process. 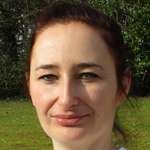 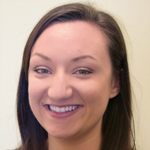 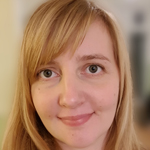 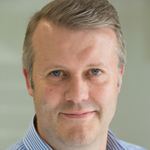 Katarzyna Wegner, Danielle Barnes, Agnieszka Jardine and Declan Moran work in the APID department, Ipsen Manufacturing Ireland Limited. The group is responsible for improvement and innovation of novel peptide and small molecule process manufacturing. Since 2014 they have built on knowledge of REACH regulation and are now developing a new and greener way of manufacturing active pharmaceutical ingredients, focusing on the reduction of hazardous substance usage and implementing sustainability technology.