Glycogen is a sugar which plays important roles in carbon and energy storage in bacteria. Glycogen with a highly branched, compact structure offers a more durable energy source – a characteristic linked with bacterial environmental durability, such as the ability to survive in deep sea vents. Dr Liang Wang at the Institut Pasteur of Shanghai and Ms Qing-Hua Liu at Macau University of Science and Technology aim to better understand the structure and evolution of glycogen branching enzyme in bacteria. Previous research indicated there were two main types of the key branching enzymes – but new research indicates there is in fact a third.

Glycogen is a type of multibranched polysaccharide (sugar) used for energy storage in animals, fungi, and bacteria. It’s extremely useful as a quick and easily accessible source of glucose and therefore energy. In bacteria, it plays an important role in storing carbon as well as energy.

Bacteria are incredibly hardy organisms, capable of living in some of the most extreme environments on Earth, such as deep-sea vents. Bacteria are able to break down and use glycogen as an energy source during unfavourable times, helping to boost their chances of long-term survival. 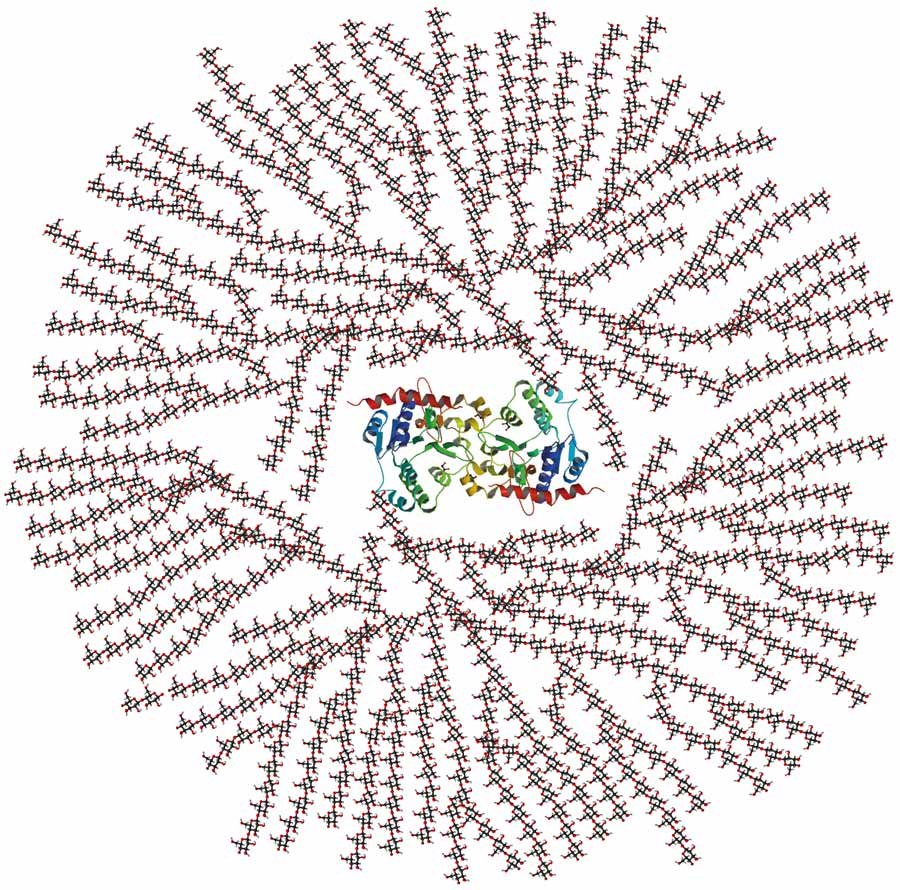 Bacterial enzymes and glycogen
There are a large number of enzymes related to the function of glycogen within bacteria. Among all of them, the glgB-encoded branching enzyme, otherwise known as GBE, is unquestionably one of the most important. GBE is among the essential genes for bacterial glycogen metabolism, and the determining factor for glycogen structure.

The GBE gene plays an essential role in forming α-1,6-glycosidic branching points, and determines the unique branching patterns in glycogen. It’s these branches that make them easily available for energy within organisms.

Bacteria can break down and use glycogen as an energy source during unfavourable times, helping to boost their chances of long-term survival.

Dr Liang Wang at Institut Pasteur of Shanghai and Ms Qing-Hua Liu at Macau University of Science and Technology sought to understand the GBE gene better by undertaking a study into its structure and evolution. Glycogen structure has been linked with blood glucose control in human type 2 diabetes, so a clearer understanding of the regulation of glycogen structure in bacteria might also shed some light on the structural abnormalities of glycogen in higher organisms. 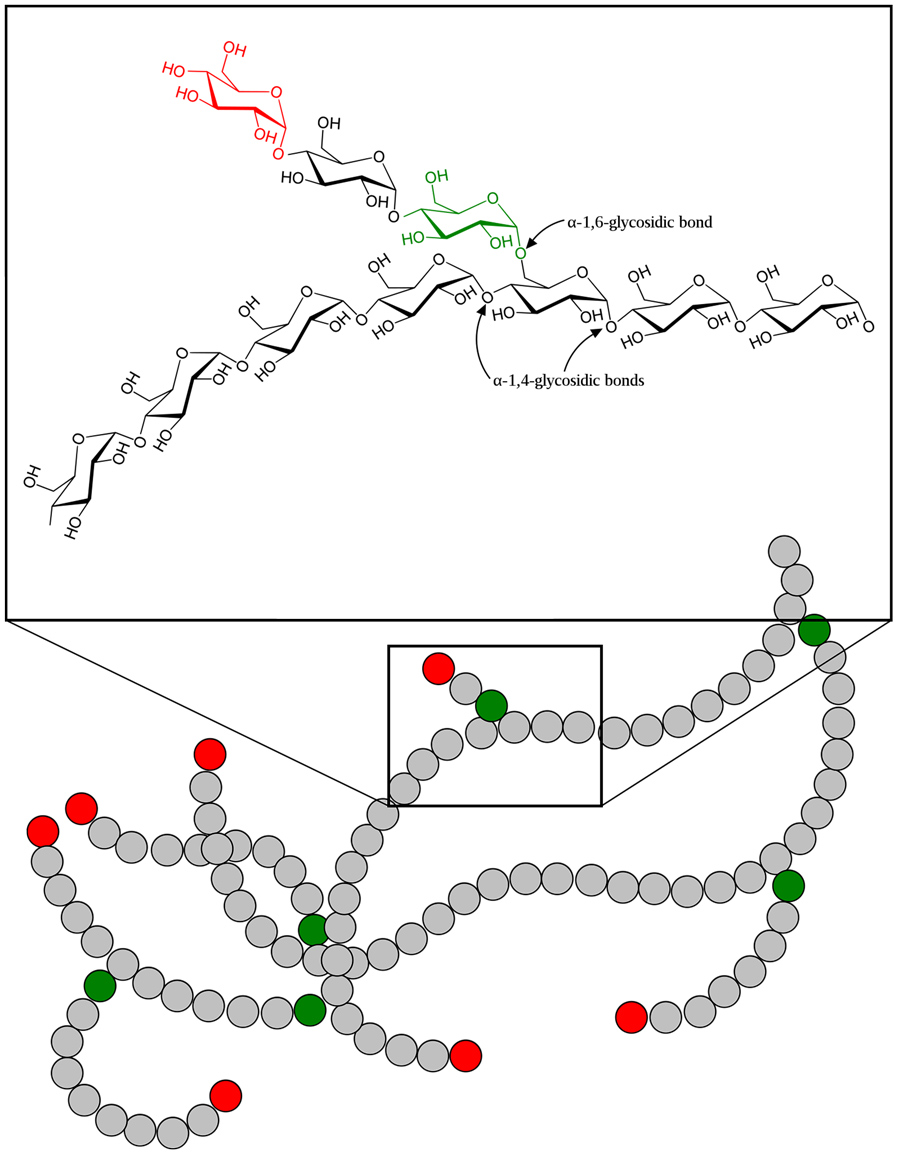 How did GBEs evolve?
Previous evolutionary analysis of a small set of GBEs revealed that two types of GBEs might exist. This was based on their N-terminal domain organisation. The N-terminal is the amine group (-NH2) located at the start of the polypeptide chain that forms a protein. The first type of GBE (Type 1) had both N1 and N2 (a.k.a CBM48) domains, whereas the second GBE type (Type 2) only had an N2 domain.

In Wang and Liu’s study, they initially analysed the N-terminal domains of 169 manually reviewed bacterial GBEs, based on hidden Markov models. In probability theory, Markov models are used to model randomly changing systems. A hidden Markov model is used when a state is partially observable.

Phylogenetic analysis during the study found clustered patterns of GBE types in certain bacterial phyla (the level of biological classification below Kingdom and above Class). This analysis revealed that the shorter Type 2 GBEs were predominantly found in Gram-positive species, while the longer Type 1 GBEs were mainly found in Gram-negative species.

Interestingly, the research also turned up a previously unreported third group of GBE (Type 3). These Type 3 GBEs had around 100 amino acids ahead of their N1 domains.

What could this mean for bacterial metabolism?
Several in vitro studies in the past have linked N1 domains with the transfer of short oligosaccharide (sugar polymers, containing typically three to ten monosaccharides) chains during glycogen formation. This could in turn lead to small and compact glycogen structures.

These compact glycogen structures are degraded more slowly. As a result, they may serve as a particularly durable energy reserve, which could contribute to the enhanced environmental persistence shown by bacteria.

The researchers suggested that this could form the basis of a new classification of GBEs based on their N-terminal domain. They ran large-scale sequence analysis to find out whether any patterns could be found. Their goal was to understand the evolutionary pattern of the different types of GBEs through phylogenetic analysis (the study of the evolutionary development of a species or a group of organisms or a particular characteristic of an organism) at both the species and the sequence levels. The researchers also performed three-dimensional modelling of the GBE N-termini, to provide structural comparisons.

This could potentially serve
as a biotechnological tool for enzymatically manipulating the glycogen structure.

Results from the study
The researchers systematically investigated GBEs in thousands of bacterial species from the perspective of sequence evolution and domain structures. They carried out an analysis of 9,387 GBE sequences. This analysis identified 147 GBEs that could potentially belong to a new (and possibly novel) group of Type 3 GBE. Most of these bacteria fall into the phylum of Actinobacteria (a group of Gram-positive bacteria that can live on land or in water. They have a high guanine and cytosine content in their DNA and do not have a distinct cell wall).

They also looked whether there was any correlation between the average length of glycogen chains within the different GBE types. Unfortunately, no significant conclusions could be drawn on this aspect of the study due to limited data availability.

Despite some differences being observed, correlation analysis in this study did not show statistical significance between GBE types and glycogen primary structure. One possible explanation for non-correlation is the analysis had an insufficient amount of data from a variety of sources.

Future outlook
The team led by Dr Wang suggests that future studies would benefit from focusing on applying standardised glycogen extraction and structure characterisation techniques in more bacterial species. They also believe that given how important the GBE N-terminus is for glycogen structure, it would certainly be worth looking into the functions of the extended N-terminus in Type 3 GBE and comparing the results with those from Type 1 and Type 2 GBEs.

The team also suggests that setting up the in situ expression of three types of GBEs in a model microorganism like Escherichia coli and comparing glycogen fine molecular structures could give a hint as to how the different types of N-terminus correlate with glycogen primary structure.

Notably, the N-terminal domain in bacterial GBEs has a high variability and comparative uniqueness. This could potentially serve as a future drug for development of antibiotic treatment or a biotechnological tool for enzymatically manipulating the glycogen structure. Excitingly, future treatments could help to weaken bacterial persistence through the potential linkage between glycogen structure and bacteria’s energy supply. 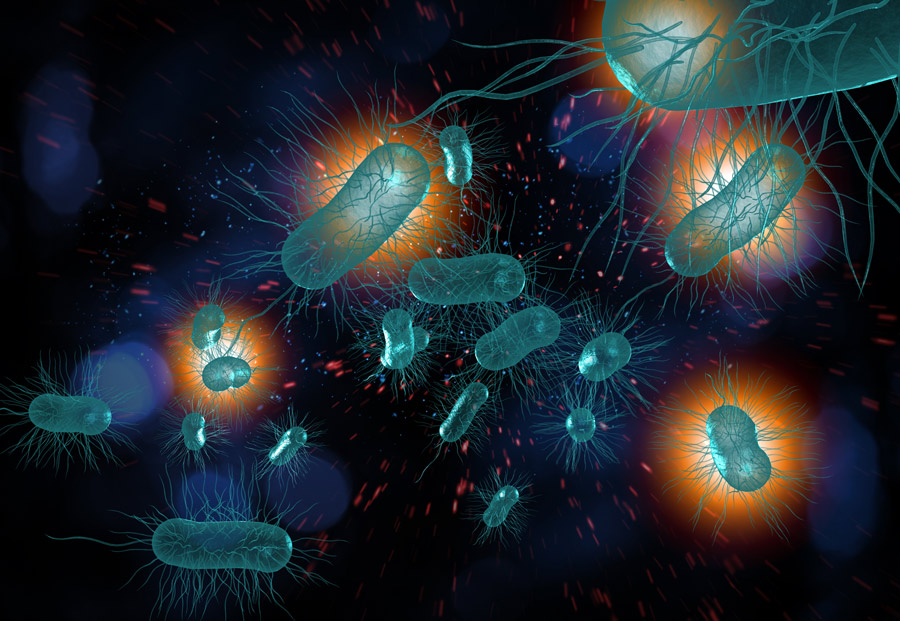 What do you see as the most interesting application that could arise as a result of your findings that there is a potential third type of bacterial GBE?

<>
The fine molecular structure of glycogen particles is closely associated with its physiological functions in both eukaryotes and prokaryotes, such as blood glucose homeostasis and osmotic equilibrium, etc. GBE partially controls the primary structure of glycogen, that is, chain length distributions, which influence glycogen particle size, percentage of branching points, and degradation rates. Previous studies confirmed that long N-termini of GBEs were correlated with the transferral of short oligosaccharides. Thus, the novel third type of GBEs with longer N-termini could be able to transfer shorter chains during glycogen synthesis, which may function as a biotechnological tool in manipulating glycogen structure for industrial applications. 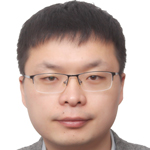 Dr Liang Wang graduated with a PhD from the University of Western Australia and is currently associate professor at the Institut Pasteur of Shanghai (IPS), Chinese Academy of Sciences, Shanghai, China. With over more than 50 peer-reviewed publications and several books, one of Dr Wang’s research focuses is microbial informatics and experimentation (MIE).

Ms Qing-Hua Liu majors in pharmaceutical analysis and is currently a researcher at the State Key Laboratory of Quality Research in Chinese Medicines, Macau University of Science and Technology, Macau, China.

One area of Dr Wang’s research focuses on microbial informatics and experimentation.

Expanding capacity of non-communicable disease research and training in Thailand
Education & Training
Read This Article
Connectase: An enzyme that fuses proteins in a specific manner
Biology
Read This Article