Globalised food production requires a heavy investment in biosecurity to prevent the spread and establishment of crop pests from imported seeds. Many countries already test incoming seeds for the absence of regulated pathogens, but with differing standards. In Australia, analyses by Dr David Dall from the Australian Government Department of Agriculture, Water and the Environment, and Dr Fiona Constable from Agriculture Victoria, provide evidence of the presence and prevalence of pathogens in seed lots. The research groups have used the results to assess the effectiveness of seed-testing regimes, and to provide support for investment in innovations in seed detection on import pathways.

In a world where international travel and trade is commonplace, the spread of infectious diseases is sure to follow. Many infectious diseases that have breached regional or national boundaries are viruses or bacteria that pose a threat to humans, animals, or plants, and can also affect the safety and quality of food products.

What is biosecurity?
To reduce the likelihood of harmful organisms entering or leaving a place, biosecurity measures are put into effect. Some biosecurity measures that have received widespread media attention in recent months – such as washing hands and quarantining – are only a couple of the panoply of techniques employed to keep diseases at bay.

Within the agricultural industry specifically, biosecurity plays a large role in ensuring food is produced effectively and safely for human and animal consumption. A globalised food market means that, where the climate is favourable (and in climate-controlled buildings where it is not), countries are expected to grow non-native crops to meet consumer demand. Most fruits, vegetables, and other crops are grown from seeds that are themselves produced and transported globally, and which can then carry and transmit plant pathogens around the world. There are risks associated with importing seeds for the purposes of agricultural sowing, and it is vital to minimise these risks wherever possible.

There are risks associated with importing seeds for the purposes of agricultural sowing, and it is vital to minimise these risks.

Testing seeds for diseases
Testing incoming seeds for the absence, or non-detectability, of regulated pathogens is a common method, but standards are arbitrary and often differ between countries. To maintain the current situation with regard to seed-borne pests absent from Australia, researchers from the Australian Government Department of Agriculture, Water and the Environment (DAWE) and Agriculture Victoria, tested and analysed data from thousands of seeds proposed for importation for planting in Australian soil. The research group used molecular testing and immunoassays to identify and quantify prevalences of viruses in seeds from two important families of crops: Cucurbitaceae (cucurbits) and Solanaceae.

There are five major cucurbit crops: pumpkin, squash, watermelon, melon, and cucumber, and many species and varieties of each. The Australian cucurbit industry depends on overseas supplies for crop establishment, which makes it potentially vulnerable to new invasive diseases during importation. One disease that is a particular threat to the cucurbit industry is cucumber green mottle mosaic virus (CGMMV), as it has been shown to reduce yields (Dombrovsky et al, 2017). The disease was first described in England in 1935 and after spreading globally, it was first detected in Australia in 2014 (Tesoriero et al, 2016). In 2016, when seeds were analysed from imported seed lots, CGMMV was detected in 3.5% of the samples tested (Constable et al, 2018). A later study tested cucurbit seeds from online mail-order providers and found one or more targeted viruses in 74% of seed lots tested (Constable et al, 2021). CGMMV was one of these viruses detected, along with squash mosaic virus, melon necrotic spot virus, and several potyviruses that were repeatedly detected.

Like the Cucurbitaceae family, crops in the Solanaceae family – potatoes, eggplant (aubergine), tomatoes, and capsicum (eg, red pepper and chilli pepper) – are also diverse and are at risk of infection from seed-transmitted pests. Many solanaceous crops are particularly affected by Pospiviroidae, a family of viroids that can be transmitted through asymptomatic members of the family such as tomatoes, capsicum and ornamental plants. To reduce the spread of pathogens to new regions, mandatory testing of tomato seeds and capsicum seeds has been implemented. In the first year of mandatory testing, pospiviroids were detected in more than 10% of seed lots (Constable et al, 2019). Since then, six species of pospiviroid have been detected in seed lots imported from 18 countries from every production region of the world (Constable et al, 2019). As of 2019, capsicum and tomato seeds imported to Australia have also been tested for the presence of several tobamoviruses, and Australian biosecurity was the first to report an incidence of tomato mottle mosaic virus (ToMMV) in capsicum seed (Lovelock et al, 2020). The particular concern with newly imported viruses in this family, including ToMMV and tomato brown rugose fruit virus (ToBRFV), is that they may break existing resistance used to control Tobamovirus infection in specially bred capsicum and tomato lines, and threaten Australian tomato and capsicum crops.

DAWE and Agriculture Victoria have carried out additional simulation studies to determine suitable sample sizes when testing for viroids in both tomato and capsicum (Dall et al, 2019). The results of this work indicate that Australia’s agricultural biosecurity measures must be broad enough to exclude quarantine pathogens from national entry, and must be capable of testing large sample sizes to detect pathogens even when their prevalence is low.

To reduce the risks of entry of seed‑borne pests into Australia, mandatory testing of a range of vegetable seeds has been implemented.

Seed biosecurity innovations
The first line of defence provided by Australia’s government to the seed pests studied, as well as many others, is a comprehensive list of import conditions. These conditions are set out to minimise biosecurity risk material entering the country. For seeds specifically, this means only listed seeds can be imported into Australia; they must be free from live insects, soil, disease symptoms, contaminant seed, other plant material, and any other material of biosecurity concern. Seeds must also be packed in clean, new, pest-proof packaging and clearly labelled, including the full botanical name. Further to these conditions, quarantine, permits and testing must be arranged if required. By detailing sufficient information online, Australia’s biosecurity becomes everyone’s responsibility.

Further new technology is being tested for use in mail gateway facilities, where seeds make up 80% of all detections. Real-time video imagery and a computer algorithm have been developed to detect seed packets, followed by the use of low-energy high-resolution x-ray to confirm the presence of seeds. This method seems superior to the traditional use of high-energy x-ray, as low-energy beams are not as powerful and show a more defined image – more suitable for detecting small items such as seeds. Having proven successful, the project team is preparing to integrate this new detection approach into current biosecurity processes for further trials.

Clearly, preventing the entry and establishment of agricultural seed pests in Australia requires a multi-pronged approach, including sophisticated detection and ongoing surveillance. It is hoped that the research carried out by DAWE and Agriculture Victoria in Australia can help to inform biosecurity protocols on a global scale, and reduce the spread of crop pests worldwide.

Do you think your detection methods can be scaled-up for use around the world?

Helping inform the international biosecurity community of the nature and magnitude of seed-borne disease risks can encourage better risk management at a global level. 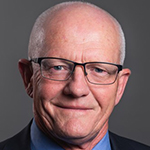 Dr David Dall is Principal Scientific Analyst in the Biosecurity Plant Division of the Australian Government Department of Agriculture, Water and the Environment. 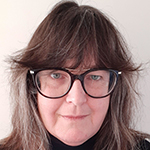