Health & Medicine
Glioblastomas are the most common and one of the most aggressive forms of brain tumour. The severity of the cancer within glioblastomas, along with the potential for spreading, are driven by a population of cells known as cancer stem cells. Cancer stem cells are the beating heart of a cancer. Dr Tapinos and his research team at Brown University, Rhode Island have uncovered a specific modification to RNA and some of the key regulators that perpetuate the ability of cancer stem cells to reoccur and metastasise. Lck is one of these regulators and has been identified as an important therapeutic target.

The era of targeted therapy has been revolutionary to our understanding of how cancers work and the best way to treat cancer without causing serious and uncomfortable side effects. Many patients hold out hope for novel therapeutic approaches, particularly for glioblastomas as the prognosis is poor for this aggressive tumour type. One novel approach has been identified by Dr Nikos Tapinos and his team at Brown University. The researchers are exploring the ways in which cancer stem cells transition into differentiated cells. Their work has identified signalling pathways and RNA modifications as key regulators of this process.

Cancer stem cells
It was previously thought that a tumour was a collection of cells that is based on the sub-type of cells and tissues from the part of the body it arose. Today, however, molecular technology has deepened our understanding and we now know that more diverse cell types are often found within a malignant tumour. One of the most central types of these cells is cancer stem cells; first discovered in leukaemia, stem cells have become an important area of research.

Gliomas are a type of tumour that develop in the brain and spinal cord, and make up 80% of all malignant brain tumours. There are different forms of gliomas such as astrocytoma, oligodendroglioma, and glioblastoma, however glioblastomas are one of the most fatal subtypes of not just gliomas, but of all tumours. This aggressive tumour is very difficult to treat despite surgical and medical interventions, and reoccurrence is almost inevitable.

Cancer stem cells in glioblastomas
Cancer stem cells are found in both solid tumour and blood malignancies. Although they have been implicated in contributing to the development of solid tumours, the exact nature of this process remains unclear. Just as normal stem cells can maintain the growth and replenishment of cells for organs, cancer stem cells drive the persistence of malignant tumour cells by producing new cancer cells.

Cancer stem cells operate similarly to normal tissue stem cells. Cancer stem cells can give rise to all cell types found in a cancer sample. However, cancer stem cells within glioblastomas have a high migratory potential, meaning that tumour cells can move from their primary site to other sites in the body, in a process known as metastasis. Dr Tapinos and his team aim to identify the molecules in the signalling pathways that underpin the migration of cancer stem cells, in an effort to inhibit their actions.

Importantly, this work demonstrates that Lck inhibitors could significantly reduce the possibility of the spread of glioma cells.

‘Stemness’ is an essential characteristic of stem cells that distinguish them from ordinary cells. It is the ability of stem cells to give rise to several cells that have been differentiated to have characteristics of a specific cell type. The maintenance of tumour stemness in glioblastomas have been linked to non-receptor protein tyrosine kinases which regulate cellular processes.

Targeting cancer stem cells is key to fighting the battle against glioblastomas. As cancer stem cells are resistant to chemotherapy and radiation therapy, they contribute to the reoccurrence and disease progression that is characteristic of glioblastoma. The plasticity of the cancer cells allows them to undergo various reversible transformations into a variety of cell types, thereby altering the important structures that surround their surface. This often means that cancer drugs that target the cells on the surface of the tumour may demonstrate limited efficacy.

LCK as a therapeutic target
In recent years, protein tyrosine kinases have been shown to be key mediators in the development of malignancies. Indeed, Dr Tapinos and his colleagues showed that lymphocyte-specific tyrosine kinase (Lck) is one of the central regulators of glioma cell migration and cancer stem cell identity. Importantly, their work has revealed that Lck is significantly upregulated in glioblastomas compared to the normal brain tissue, making Lck a good therapeutic target for targeting the malignant tissue as well as prevent cancer stem cell activity and spreading of glioma cells.

The Brown University team then tested an LcK-specific small molecule inhibitor on a glioblastoma animal model and found a significant reduction in the tumour area. The Lck inhibitor was also shown to downregulate the expression of most of the transcripts in cancer stem cells in glioblastoma. In addition, cancer cells have the ability to form arm-like protrusions (called pseudopodia), which form a critical element of cell migration and therefore of cancer metastasis. Interestingly, the Brown University researchers found that cells that were treated with Lck inhibitor formed fewer protrusions, therefore reducing the potential for the cancer spreading to secondary sites.

This work has the potential to change the outlook of patients all over the world who have been diagnosed with glioblastoma.

M6A Regulation
Despite the importance of cancer stem cell differentiation, one key area that is poorly understood is the role of epigenetic modification that regulates glioma cell function. This is where the research of Dr Tapinos and his team comes in. N6-Methyladenosine (m6A) is a type of modification that occurs to RNA. While DNA provides the genetic information required for all living things, RNA, otherwise known as ribonucleic acid, is an important biological macromolecule that converts the genetic information of DNA into protein. M6A is a reversible modification that alters the way RNA behaves.

M6A can modify RNA using enzyme writers and erasers called m6A methyltransferases or demethylases respectively. M6A is the most prevalent internal modification for messenger RNAs, serving as a signal for translation of mRNA into protein or for regulation of mRNA stability and degradation. Dr Tapinos demonstrated that as glioblastoma cells transition from cancer stem cells to differentiated cells, they appear to lose the m6A RNA methylation in certain genes and also show an increase in the rate of translation of these genes into proteins.

The future
In his future work, Dr Tapinos plans to investigate how the tumour’s microenvironment regulates the post-translational activity of RNA. He and his team have also demonstrated that specific RNAs could also be used to fine tune the cancer stem cell biological modifications and constitute potentially new therapeutic or predictive targets in human glioblastomas. This work has the potential to change the outlook of patients all over the world who have been diagnosed with glioblastoma. 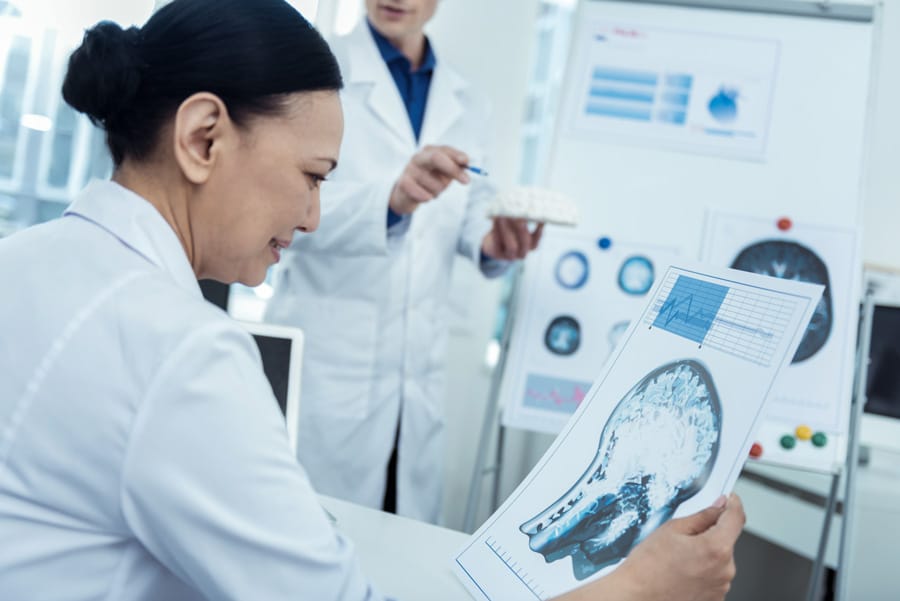 What do you believe should be the next steps to developing effective targeted treatment for glioblastomas?

<> Develop specific RNA therapeutics that target the ability of glioma stem cells to adopt to their microenvironment. This treatment approach in combination with immunotherapy could be our best chance to fight this disease.

The battle against cancer stem cells in glioblastomas was last modified: May 20th, 2020 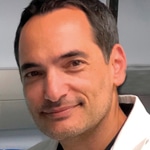 Nikos Tapinos obtained both his MD and PhD from the University of Athens, in 1996 and 2000, respectively. He then completed his postdoctoral studies at The Rockefeller University. Dr Tapinos is currently Associate Professor at the Department of Neurosurgery at Brown University, and Director of Molecular Neuro-Oncology Research at Rhode Island Hospital.