Health & Medicine
While most medications are both safe and effective, unfortunately many are also expensive. Biosimilars – new versions of a drug that are similar to the original in every meaningful way – offer a potentially less expensive alternative to costly original biological drugs. Professor Tore K. Kvien of the University of Oslo, Norway, and his colleagues have demonstrated that one biosimilar, CT-P13, is clinically equal to the drug infliximab when switching from the original to the biosimilar equivalent. This means that patients can be switched to the biosimilar drug for non-medical reasons, without compromising safety, efficacy or immunogenicity.

A drug used in medicine must be proven to be both effective and safe. Ideally, medicine should also be affordable and accessible to all. Unfortunately, many medicines, especially biologic drugs, are very expensive. The drugs are protected by patents, which allows manufacturers to set a price that puts the drug out of reach of many patients. The good news is that patents eventually expire. When this happens, other companies can produce the same drug and sell it at a more affordable price.

Biologics and biosimilars
Biological, or biologic, drugs are those which are produced in a laboratory from living organisms, or from substances which come from a living organism; the source could be humans, animals, or micro-organisms like bacteria. Biological drugs can include enzymes, antibodies or genetic material, for example. These medicines are commonly used to treat a wide range of conditions. They have been particularly successful in tackling debilitating inflammatory diseases, including Crohn’s disease, ulcerative colitis and rheumatoid arthritis. One particular drug approved for treating these conditions is the monoclonal antibody infliximab. Infliximab is effective and safe – unfortunately, it is also very expensive in most countries.

This is where biosimilars come in. Biosimilars are drugs that are highly similar to an approved, originator biological medicine. The biosimilar should not be different, in any clinically meaningful way, from the original medicine, in either quality, safety or efficacy. Biosimilars are assessed at the molecular level to check for comparability with the original drug. Regulatory approval of biosimilars differs from that of the originator drug. Approval is based on evidence that the biosimilar is as safe and effective as the original, which is tested. Comparability is shown through an extensive preclinical programme. Clinical comparability must only be proven in one of the diseases for which the original is an approved treatment. In the case of infliximab, in fact, CT-P13 was found to be comparable to the originator in two conditions: ankylosing spondylitis and rheumatoid arthritis. Subsequently, in 2013, CT-P13 was approved for use in the same six conditions as the original drug. Like generic drugs, the more complex biosimilars are often created in anticipation of the patent expiry of the original medication. Crucially, biosimilars can be made available at a lower cost, making treatments more accessible around the world.

To justify switching, the biosimilar must be as effective and safe as the originator drug after switching from originator to the corresponding biosimilar.

The NOR-SWITCH trial
Professor Tore K. Kvien of the University of Oslo and Diakonhjemmet Hospital has dedicated his career to the field of rheumatology. Recently, Professor Kvien led the NOR-SWITCH trial to compare infliximab with its biosimilar, CT-P13. In particular, the team hoped to discover that switching to the biosimilar was not inferior to continued treatment with originator product in terms of efficacy, safety and immunogenicity (the risk of triggering an undesirable immune response in the patient with antibody formation against the drug). If no difference was found, this would mean that patients could be switched to the less expensive drug with no harmful effects.

To justify switching a patient from the originator product to a biosimilar, the biosimilar must be as effective as the originator drug (e.g. infliximab). This raises some questions; for example, infliximab may work differently in different conditions – is this also true of its biosimilar?

The NOR-SWITCH trial, which was fully funded by the government of Norway, was the first randomised study to determine whether patients can be switched from infliximab to CT-P13 with no adverse effects. A total of 482 patients were recruited to the year-long trial with first patient enrolment in October 2014. Patients on stable treatment on infliximab (in average 6 years) were randomised into two groups: one group continued to receive infliximab, while the other was switched to treatment with CT-P13. All patients were adults with either Crohn’s disease, ulcerative colitis, spondyloarthritis, rheumatoid arthritis, psoriatic arthritis or chronic plaque psoriasis.

To compare the two drugs, the researchers assessed how many patients in each group experienced disease worsening of their disease during the 12 months of the study. The results revealed that the condition of 26% of the patients in the infliximab group and 30% of the patients in the CT-P13 group deteriorated over the course of the year. To decide that switching to CT-P13 was non-inferior to continued treatment with infliximab, the 95% confidence interval of the difference in disease worsening was within the predefined non-inferiority margin of 15% – which was fulfilled.

After a full analysis of the results, the team felt confident in stating that switching to CT-P13 was not inferior to continued treatment with infliximab. The proportion of patients who experienced remission (i.e. a reduction in or disappearance of their symptoms) was the same in both groups. Results for other secondary endpoints were also similar with no difference across other efficacy measures. There were also a similar number of adverse events (such as a reaction to infusion of the drug) in both patient groups as well drugs levels and anti-drug antibody formation (i.e. immunogenicity).

A less expensive alternative allows individuals, healthcare institutions and countries to access a treatment that would otherwise not be an option.

The NOR-SWITCH trial was the first large, randomised study to compare infliximab with its biosimilar after switching. However, there were a few things that this research was not designed to uncover. By necessity, the trial could not compare the effects of infliximab vs. CT-P13 in each individual disease. This information would be useful if, as suspected, the action of the drug varies between conditions.

The next stage of NOR-SWITCH
To help address some of the unanswered questions generated by NOR-SWITCH, the team developed a 6-month extension study, which was led by Guro Løvik Goll (PhD, consultant rheumatologist at Diakonhjemmet Hospital). This time, the patients who were treated with CT-P13 in the original 12-month study continued with the same drug (maintenance group). Simultaneously, patients who were on infliximab were switched from the originator drug to the biosimilar (switch group).

At the end of the six-month extension period, the results unambiguously supported the findings of the original trial: there was no difference in safety or efficacy of the drug between the maintenance and the switch groups. This supports the results from the main study, meaning patients can be safely switched from infliximab to CT-P13 with little risk that the biosimilar will be either less effective in treating their illness, or pose a risk to their health. 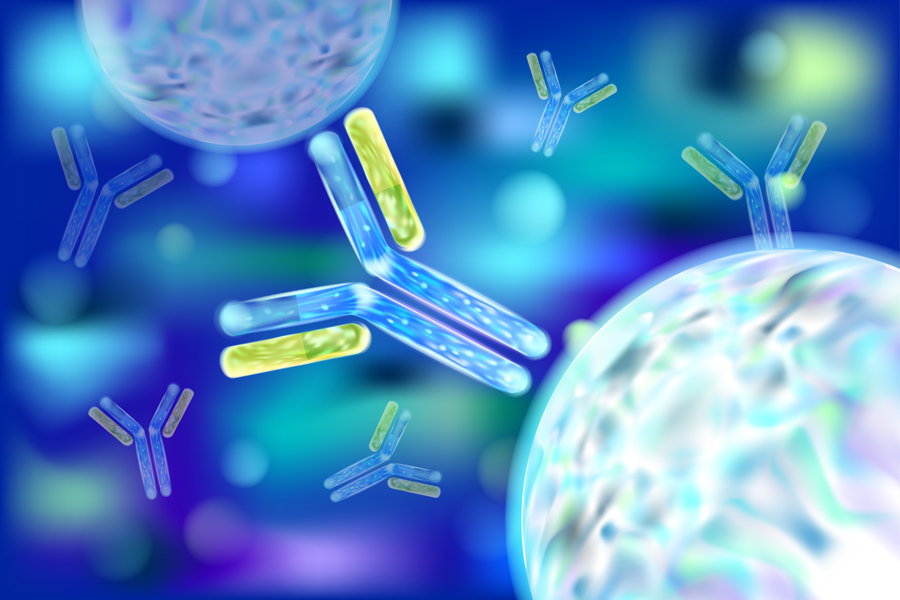 Biosimilars could lead to more accessible treatment
So what do the results of this study mean for patients and societies? If CT-P13 is no worse (and no better) than originator infliximab – in fact, apparently similar in every important way – that means that patients can be switched to the biosimilar for non-medical reasons, such as cost. A less expensive alternative allows individuals, healthcare institutions and countries to access a treatment that would otherwise not be an option. Further, cost-savings by using a drug like infliximab that has been on the market for more than 20 years would provide better opportunities for using newer, innovative (and usually more expensive) medications when clinically indicated.

Increasing numbers of biosimilars are being approved every year, particularly in Europe. As evidence for their safety and efficacy mounts, these treatments are becoming more widely accepted by governments and healthcare systems. The drugs have been particularly successful in Scandinavia, where the nature of some national healthcare systems offers opportunities for cost-effective medications to take a larger market share. In contrast, acceptance and use of biosimilars has been slower in the US.

As more biosimilars become available, a new possibility emerges: patients may be switched from the originator to one biosimilar after another, and back again, for reasons such as cost or availability. So far, there has been little research on this scenario. However, the results achieved by Professor Kvien and his team suggest that it would likely not be a problem for patients to receive multiple, consecutive, versions of the same drug over time. In effect this is already happening as small changes, in structure are commonly made to originator drugs as they are produced in living cell cultures over a period of time.

The work of Professor Kvien and his colleagues has contributed to the growing volume of evidence in support of the use of biosimilars. As these drugs, which are similar in all meaningful ways to their predecessors, become more available, the number of people who can benefit from them will also increase. Around the world, individuals suffering from debilitating conditions will be offered hope of a better prognosis, and a superior quality of life, as these more affordable, effective and safe medications become a real treatment option. 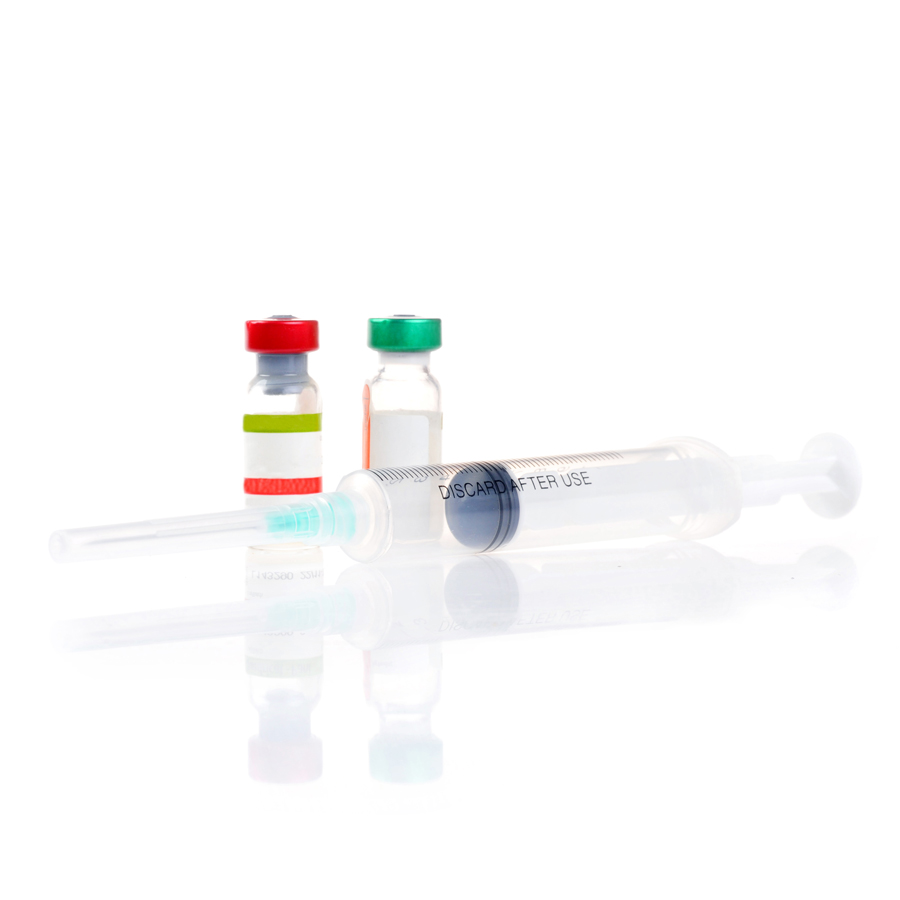 How widespread do you think the use of biosimilars will become, worldwide?

<> In Norway, the originator infliximab is nearly no longer used. The same is seen in Denmark and some other countries also for etanercept and adalimumab. The exception is when producers of the originator products successfully compete with the biosimilars on cost in national tenders. The winner of the adalimumab tender 2019 in Norway was the originator adalimumab, and this year Pfizer offered a lower price for originator etanercept than the price for biosimilar etanercept. Data from Norway support that total uptake of biologic drugs has increased by more about 50% during the last years, due to the price competition. Other countries also have increasingly effective tender systems which reduce the cost and lead to improved accessability for patients – which ultimately will benefit their health and the health care system overall.

Biosimilars: An effective treatment at a lower cost was last modified: September 3rd, 2020 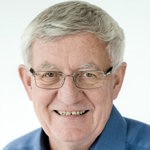 Tore K. Kvien was Professor of Rheumatology at the University of Oslo, Norway, since 1997 (emeritus since beginning of 2020) and was Head of the Department of Rheumatology at Diakonhjemmet Hospital, Oslo from 1994 to 2019. He is PI of the NOR-SWITCH study and has published more than 550 original research publications in international peer-reviewed journals. Prof Kvien was President of the European League Against Rheumatism (EULAR) from 2005 to 2007 and Editor-in-Chief of the world-leading journal, Annals of the Rheumatic Diseases, from 2008 to 2017. Professor Kvien was recognised as Master of the American College of Rheumatology in 2015, is honorary member of several societies, received the EULAR meritorious service award in 2017, the Carol Nachman medal in 2018 for his contributions to international rheumatology, and the Norwegian King recently appointed professor Kvien as Officer First Class of the Royal Order of St Olav.

Professor Kvien’s major research activities include epidemiological and health service research, with a focus on frequently occurring diseases such as rheumatoid arthritis, osteoarthritis and ankylosing spondylitis.

The Norwegian Government which supported the study without any involvement from commercial parties.

My colleague Guro Løvik Goll and all other collaborators in the project group.