Using in-situ electron microscopy, Professor Dominik Lungerich at the Institute for Basic Science (IBS), Korea, and colleagues have produced a video of the assembly of a spherical all-carbon molecule, known as a buckyball, from a different planar molecule. Within this video, it is possible to see the precursor molecule morph into a buckyball as its bonds break and reform, providing a great window through which to explore the progression of chemical reactions on a molecular level.

When we study chemical interactions, it is common to think of inputs and outputs. By knowing what we put in and observing what comes out at the other end, we can infer what happens in the middle. This is especially the case when dealing with interactions at the smallest scales, where in-situ measurements become harder and harder to make. Although advances in electron microscope technology have made images of individual atoms possible, this sort of image is normally obtained as a freeze-frame, and information about how a system changes over time is hard to obtain directly. The actual movements of atoms as they rearrange themselves to form new molecules is usually only seen in our mind’s eye and informed by theoretical understanding, rather than being directly revealed by machinery.

Changing this is a technique called Single-Molecule Atomic-Resolution Time-Resolved Electron Microscopy (SMART-EM). Developed in the last fifteen years, SMART-EM allows rapid capturing (with a frame rate ranging down to the order of milliseconds) of images on the smallest scales. In transmission electron microscopy, a beam of electrons is passed through a sample with a detector on the other side. As negatively-charged electrons pass through the sample, those that pass close to the positively-charged atomic nuclei are thrown off course by the attractive electrostatic force. This leaves a dark patch in the resulting image where these electrons would have hit the detector, in much the same way as a bone shows up on a medical x-ray, having absorbed x-rays that otherwise pass through soft tissue.

Professor Dominik Lungerich at the Institute for Basic Science (IBS) Center for Nanomedicine (CNM), Korea, employs SMART-EM to capture images that resolve individual molecules at two frames per second, so that the real-time development of a chemical reaction can be observed.

What is Buckminsterfullerene?
The IBS CNM researchers investigated the chemistry of single molecules known as ‘buckyballs’. These molecules consist of 60 carbon atoms, each of which is bonded to three others to form what looks like a football, consisting of 20 hexagons and 12 pentagons, and were chosen for study because they are well-studied and easy to recognise using SMART-EM. They are formally known as molecules of Buckminsterfullerene, named after architect Buckminster Fuller, who designed many buildings incorporating domes made of hexagonal panels.

Lungerich employed SMART-EM to capture images that resolve individual molecules at two frames per second, allowing the real-time development of a chemical reaction to be observed.

Although SMART-EM has been used to see the formation of various chemical structures, including buckyballs from layers of graphene, a precise molecule-to-molecule transformation had not previously been imaged in real-time. Observing a molecule-to-molecule transformation is useful because, even when the inputs and outputs of a certain chemical process are well-known, it isn’t necessarily clear which exact mechanisms take place during this transformation. Knowing which reactions do take place can be very useful for chemists seeking to synthesise specific molecules and nanostructures from other precursor molecules. 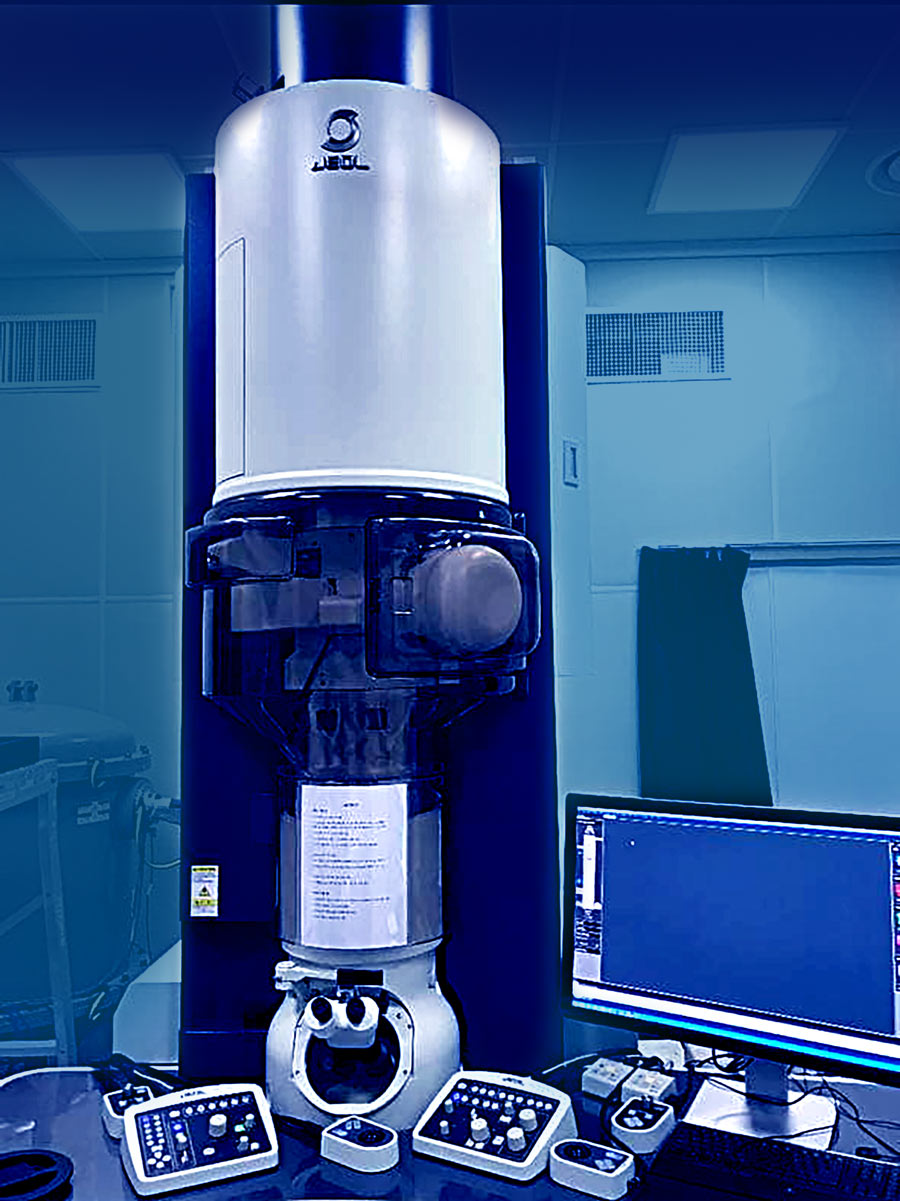 As such, the researchers chose to use SMART-EM to film the evolution of a well-understood transformation of one molecule to another, and explored the exact chemical processes that take place.

Observing a chemical reaction
The researchers identified a suitable precursor molecule as C60H30, which is a common molecule used to synthesise buckyballs. Molecules of this were affixed to a sheet of graphene, ready for imaging. Graphene is a one-atom-thick sheet of carbon, and its single-layer structure means that it interacts very weakly with the electrons in the illuminating beam, making it nearly transparent in the images produced.

They then placed this prepared graphene sheet into their microscope chamber, illuminating it with electrons accelerated through 80kV to around half the speed of light. Scanning the sheet of graphene, they found a suitable molecule of C60H30 attached to the surface. Molecules of C60H30 are flat, and one end of this one was bound to the sheet of graphene, pointing away from the sheet at 90 degrees, appearing on the microscope’s image as a single short dark band.

Under the influence of the electron beam, the molecule soon began to buckle and to react, and the team were able to capture its behaviour at 2 frames per second.

It is the stimulating effect of the microscope’s beam that causes the buckyball to form – when electrons are pulled off-course by atomic nuclei, some of the electron’s kinetic energy is transferred to the nuclei. The closer an electron passes, the stronger the interaction will be, and the greater the amount of energy absorbed by the atomic nucleus. This absorbed energy causes vibrations in the bonds that hold the molecule together and can stimulate a variety of different changes in chemical structures.

It is possible for nuclei to absorb enough energy to overwhelm and break the chemical bonds holding the molecule together; however, in this experiment the team found that the most common interaction between the molecule and the beam was not the simple breaking of chemical bonds, but a change in the bond structure known as electrocyclisation, followed by re-aromatisation. During this process, the carbon–carbon bonds in the molecule reform, while hydrogen atoms are shed.

This chemical reaction pathway had not previously been observed under the influence of an electron beam, so this result can inform chemists who wish to synthesise other molecules that are known to form through this reaction cascade.

Departing from classical theory
In the video produced by the microscope, this shedding of hydrogen atoms is visible indirectly. Although hydrogen nuclei have a much smaller scattering effect on the electrons in the microscope beam (compared to the carbon atoms) and do not show up very well on images, the exact number of hydrogen atoms present in the molecule strongly affects the precise shape that it takes. The changing shape of the molecule from frame to frame therefore gave the researchers a good indication as to what intermediary forms the molecule took on its way to becoming a buckyball. Indeed, the different shapes that the molecule was observed to take during its evolution can be compared with a theoretical understanding of how the molecule should behave under electron irradiation.

This shedding of hydrogen atoms is visible indirectly. Excitingly, this technique shows a route to investigating the real-time evolution of the interiors of molecules.

After several seconds more of shape-shifting, the molecule had finally shed all of its hydrogen and settled into a stable, spherical shape, identified to be a buckyball of 60 carbon atoms.

Notably, this technique shows a route to investigating the real-time evolution of the interiors of molecules, allowing researchers to explore how well ideas about how such processes take place hold up in practice. In this case, the transformation of the molecule matched up well with what theory would predict, so could aid those who wish to fabricate and manipulate buckyballs or related nanostructures for real-world applications. Lungerich explains, ‘our precise visual comprehension of the dynamic transformation implies that the outcome of electron-beam-initiated reactions can be controlled with careful molecular precursor design, which is important for the development and design of materials by electron beam lithography’. The production of video footage showing what was previously visible only through theoretical exploration demonstrates the fantastic progress of these imaging technologies.

The technology to produce this kind of video has developed in the last decade. Do you expect electron microscopy to continue to break new boundaries in the coming decades, or are any physical limits being approached?

Seeing a molecule in real space has been a long-awaited milestone for a chemist. Thus, I have no doubt that in-situ electron microscopy will uncover many fundamental dynamic processes, occurring on the scale of molecules and nanostructures, up to the level of complex biological systems. Another breakthrough I can imagine will be the surgical construction of nanoarchitectures, in which the electron beam will be used as a precision tool for the transformation of chemically well-defined precursors to exact nanostructures. Therefore, understanding the physics and chemistry behind electron-beam-driven chemical events will define the boundaries and limitations of this technology. 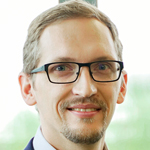 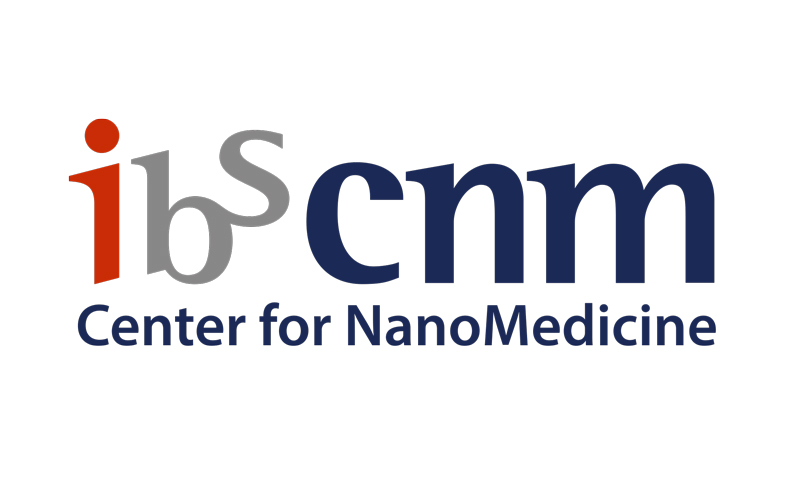