Arts & Humanities
The ’Belt and Road Initiative’ (BRI) aims to create the infrastructure necessary to connect China to Europe, with the ultimate aim of creating a new Free Trade Area between China and Europe. To all intents and purposes, this enormous project intends to recreate for the modern, digital age the Silk Road that once connected China with Europe during the time of the Roman Empire. Professor Julien Chaisse at the City University of Hong Kong, School of Law, explores both the project’s ambition and its challenges, and proffers some suggestions as to how—and if—this can be achieved across the many nations requisite to its construction and ultimate success.

The ‘Belt and Road Initiative’ (BRI), earlier referred to as the ‘One Belt, One Road’ (OBOR) initiative is a bold and colossal project instigated by the Chinese government, to recreate for a modern age the old ‘Silk Road’ that used to connect China to Europe. But a simple ‘road’ does not relay the ambition of the project: it aims to create and connect railroads, highways, air routes, and other means of transport across China, though Central Asia, the Middle East, and on through the whole of Europe (which currently envisages the inclusion of the UK, which has a financial commitment to the project already in place). Professor Julien Chaisse is an award-winning scholar of international law, based at City University of Hong Kong, School of Law, with a special focus on the regulation and development of economic globalisation. His work provides crucial analysis of the potential for—and ramifications of—the envisaged route’s economic impact. The construction of BRI effectively proposes the creation of an economic common market across the countries integral to its route.

BRI’s origins and aims
BRI was first envisaged by the Chinese President, Xi Jinxing, in 2013. He proposed a project of connected construction on an unprecedented scale, with two major routes: the North Line (starting in Beijing and extending through Russia, Germany, and eventually to the Scandinavian countries), and the Middle Line, also starting in Beijing, working its way through the autonomous region of Urumqi, on to Afghanistan, Kazakhstan, Hungary, and ultimately to the rest of Europe and presumably the UK (even if no longer a member of the European Union), with two auxiliary routes to ensure full connectivity between regions.

Such a project builds on recent measures for greater cooperation between nations, including China’s platform for cooperation with the Baltic, Central European and Balkan Countries, known as the 16+1 Group, which was initiated in 2012. Some of the individual projects which make up the different sections of BRI have been initiated, such as the modernisation of the Belgrade-Budapest railway, the China-Pakistan Economic Corridor (CPEC), and the rejuvenation of the Karakorem Highway (joining north-west China and Pakistan). Professor Chaisse’s most recent edited volume, China’s International Investment Strategy: Bilateral, Regional and Global Law and Policy, ed. Chaisse, Julien (Oxford University Press, 2019) brings together important analyses of such projects to date and, as his editorial assessment reveals, these endeavours remain a drop in the ocean for a project that envisions a 50-year timescale for its completion. In doing so, he creates a much clearer picture of the ways in which Europe, China and the countries of Central Asia are collectively engaged in the construction of a new major commercial axis. 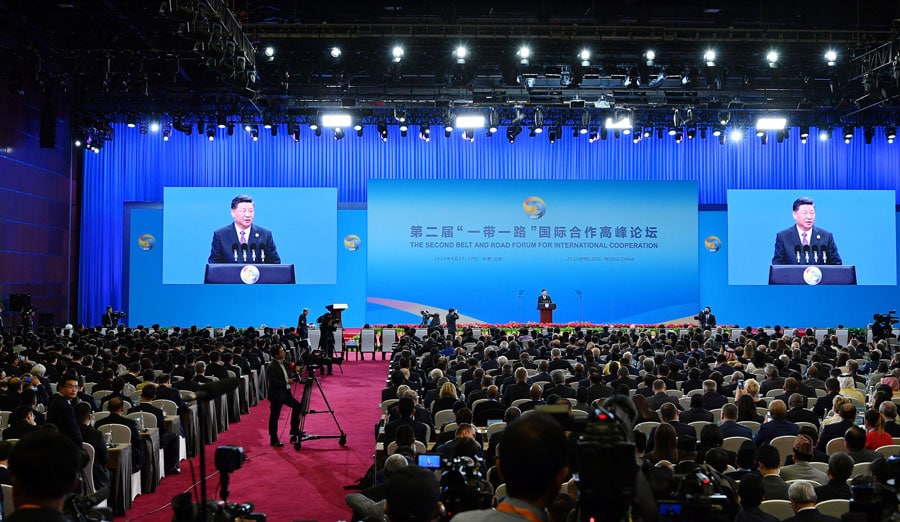 Financing the Silk Road / BRI
In 2015, the EU and China signed a memorandum of understanding in order to cooperate on BRI. Whilst this memorandum sets out the basic relationships underpinning this project, there remains uncertainty as to how it will progress. To date, China’s international policy has been focused very much on World Trade Organization (WTO) membership. Professor Chaisse’s research pinpoints the key questions remaining over any future Asia-Pacific trade policies in the coming decades; specifically, over the creation of innovative approaches to international trade and investment at such a turbulent financial moment. As he cautions, exactly how the project will be delivered in full—across multiple partners—raises complex economic and regulatory challenges on an unprecedented scale.

Professor Chaisse also draws attention to the environmental concerns of the project, inextricable from its delivery and overall impact.

The extent of international involvement
The Chinese government has set out to deliver such an enormous, complex project by subdividing it into a series of smaller, regional projects along the route. To date 65 countries are involved in bringing its connectivity and infrastructure to fruition. Central to the project’s achievement is China’s own need to ensure its financial success but alongside this, each participant along the route is taking a financial leap into the unpredictable, if not the entirely unknown. Those nations participating in BRI account for roughly 63% of the world’s population (accounting for around four billion people), with roughly a 30% share of the world’s GDP. The risks may be shared but they remain substantial.

BRI’s impact on banking
In order to facilitate the series of infrastructure projects, the Chinese government have therefore established the Asia Infrastructure Investment Bank (AIIB), which supplies funds to Asian projects requisite to the route. Many countries have joined the AIIB, with 21 (including China, India, and Singapore) signing the agreement as to its formation, with the UK, France, Germany, and Italy joining subsequently. 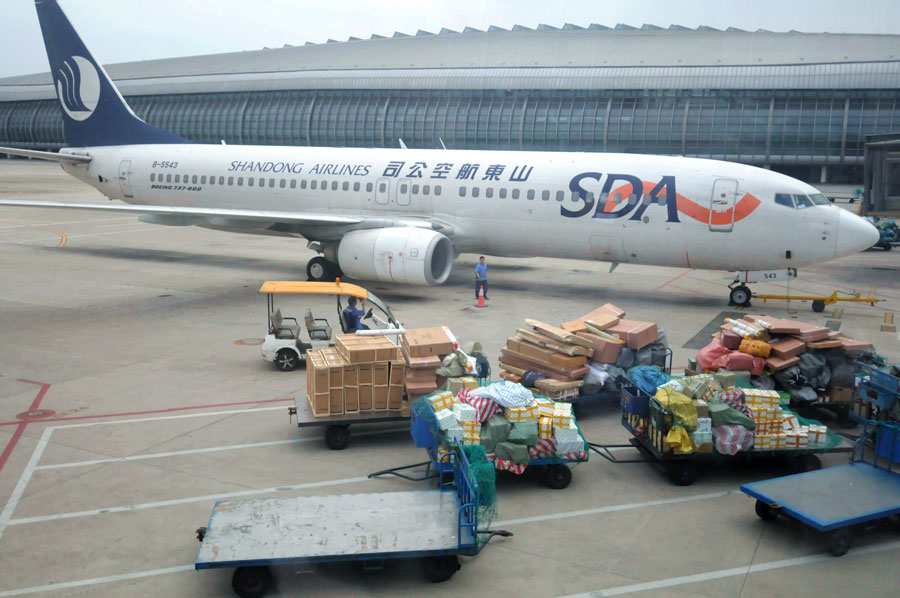 Such funding will certainly be necessary if the required building infrastructure, transportation, energy, and ultimate population of new systems are to be realised. Even so, this remains a high-risk enterprise, one in which competition standards must be set, risk managed, and an amorphous legal framework scrutinised continually. It is this very scale, and the pertinent appeal to international trends in growth and restructuration, that manifest so clearly in Professor Chaisse’s analysis. His edited volume, The Belt and Road Initiative—Law, Economics, and Politics (Brill, 2018) confirms that BRI is proving to be a key driver of the readjustment of the Centre of Economic Gravity (CER) in the 21st century. 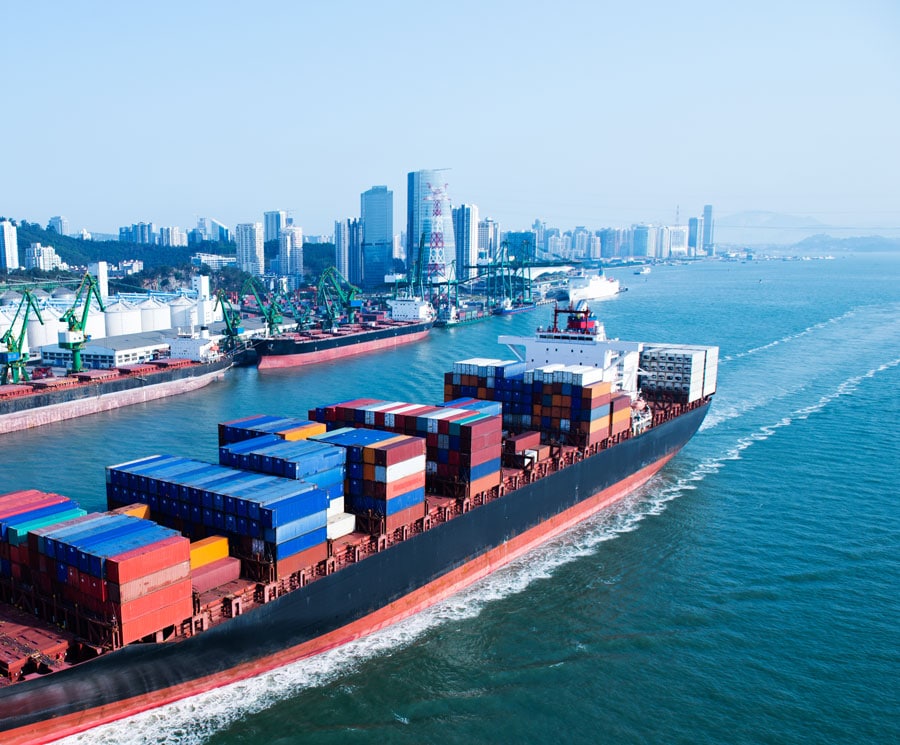 Can a green BRI be achieved?
Professor Chaisse also draws attention to the environmental concerns of the project, inextricable from its delivery and overall impact. The 2015 Vision for BRI indicated that ‘efforts should be made to promote green and low-carbon infrastructure construction and operation management, taking into full account the impact of climate change on the construction.’ Given the varying commitments to and beyond the Paris Agreement on reducing greenhouse gas emissions, BRI could have a significant negative impact on our climate, if not managed carefully. ‘Efforts’ may not be enough, and concerns over its environmental impact and carbon burden are increasingly being voiced alongside the financial and legal implications.

Professor Chaisse’s research will continue to monitor its progress and provide crucial analysis.

Conclusion
The determination by the Chinese government and their partners to deliver a new Silk Road is clear. What remains unclear, of course, are the subsequent agreements to be made between domestic and foreign partners, which are necessary to ensure delivery of a seamless network and infrastructure. Concerns continue to be voiced by the USA, Western countries and Japan about the ways in which Chinese State-Owned Enterprises (SOEs) may act alongside Western structures, potentially causing friction and delay. 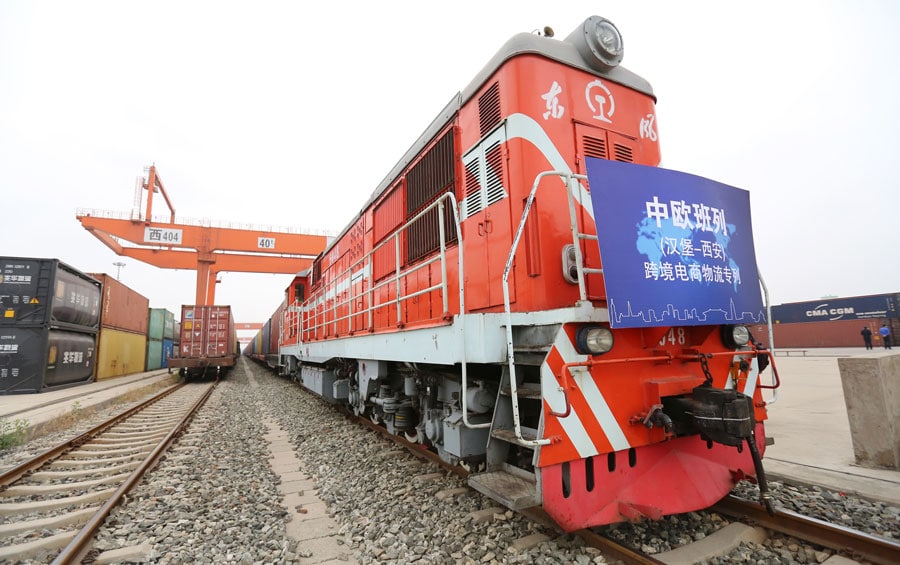 Professor Chaisse maintains that some ‘rules of conduct’ need to be established for SOEs, either through informal guidelines issued by the governments or through an international agreement between the relevant governments, to ensure that their behaviours do not overstep the boundaries. To date, BRI is being delivered through an open-framework, open to interested parties who wish to participate and, as such, Professor Chaisse’s research will continue to monitor its progress and provide crucial analysis. In 2015, China’s State Council expected the goal of BRI to be the creation of an BRI/Free Trade Area (FTA) or Silk Road FTA. As Professor Chaisse’s work emphasises, such an agreement is yet to be achieved but the world is watching. 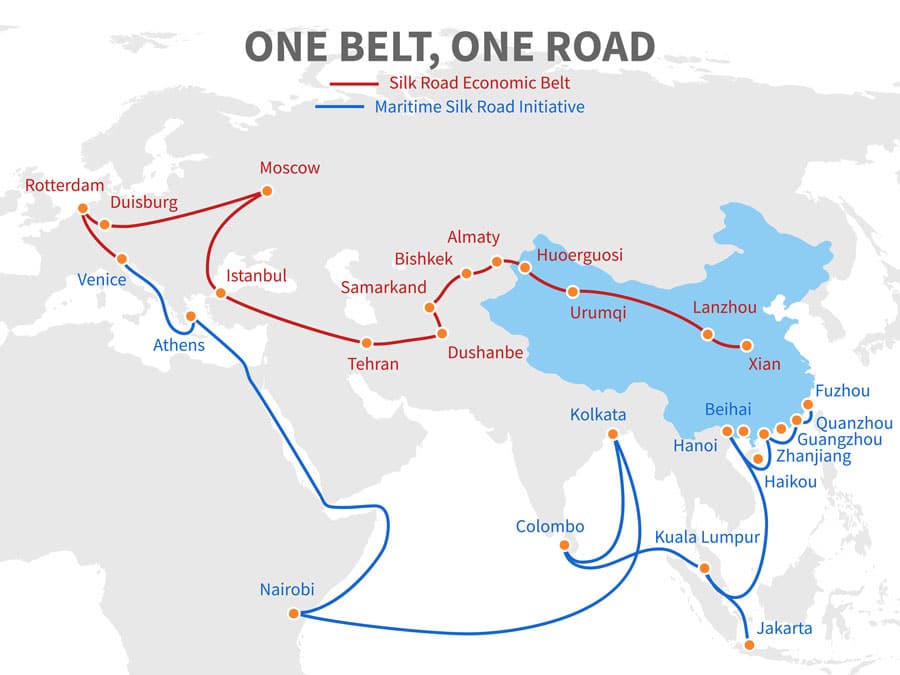 What impact might the completion of BRI have on an economic and legislative global scale?

The Belt and Road Initiative (BRI) is the world’s largest infrastructure investment project to date.
This intiative is increasing transport connections between Asia and Europe with potential gains for international trade as better connections and lower trade costs could have a significant global impact. It will help reduce Chinese overcapacity—a matter of great concern for the US and the EU for several years—especially concentrated in the raw materials’ industry such as steel and coal.

The BRI currently lacks a uniform regulatory framework among countries with different law regimes (common law, continental law, Islamic law). This creates uncertainty and complexity for trade and cross-border investment. It is indirectly regulated by China’s large network of international investment agreements. However, a majority of these agreements do not fit with China’s current economic demands. It’s boosting demand for arbitration services, intensifying competition among legal professionals and international arbitration and mediation centers. The Supreme People’s Court of China (SPC) established the China International Commercial Courts (CICC) which will serve the operation of the China’s Belt-and-Road Initiative.

The BRI could also be a catalyst for RMB internationalisation through China’s overseas investment but also through the selection of RMB as reference currency for Belt and Road related transactions (trade, insurance…). The initiative is raising concerns ranging from worldwide expansion of political and military influence, risks of cyber-espionage across Asia and Europe, and risks of trapping countries in debt. It is the next stage in China’s efforts to “Go Global” and expand its commercial and political influence.
The BRI will define China’s role as a world leader. 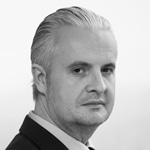 Julien Chaisse is Professor at City University of Hong Kong, School of Law. He is an award-winning scholar of international law with a special focus on the regulation and development of economic globalisation. His teaching and research include international trade/investment law, international taxation, arbitration, and Internet law.

One thought on “China’s ‘Belt and Road’ Initiative: its strategic, trade, and fiscal implications”