Health & Medicine
Dr Richard Franklin, Anagrelide Project Director at SUDA Pharmaceuticals Ltd, is pioneering a radically new application which would see the platelet-lowering drug anagrelide developed as an oromucosal spray formulation. This has the potential to make the most of its recently discovered ability to block cancer cell-stimulated platelet formation and to inhibit cancer cell migration towards platelet precursors (megakaryocytes) while at the same time minimising the risk of cardiac side effects which have been seen with standard oral doses.

Over the last five to 10 years, studies have repeatedly shown that cancer survival rates from a range of solid tumours are related to the patient’s platelet count. Prior to this, platelets were not usually associated with cancer and were not generally part of the strategy of cancer management.

Anagrelide is a well-established platelet-lowering drug which has been marketed in the US and Europe for over twenty years. It lowers the risk of thrombotic (clotting) episodes in patients with extremely high platelet counts (a condition known as thrombocytosis) as a result of diseases such as Essential Thrombocythemia and Polycythemia Rubra.

Dr Richard Franklin and his colleagues have been researching the role of platelets in cancer, and whether using anagrelide as part of an overall cancer treatment strategy might be as promising as it currently appears.

THE ROLE OF PLATELETS IN CANCER
Platelets are tiny components of the blood, derived from precursor cells called megakaryocytes (MKC). MKCs are found in bone marrow and usually associated with blood clotting.

It is now recognised that platelets are also involved in cancer progression which is evident across a wide range of solid tumour types. Under normal circumstances platelets circulate in the blood at a level of 175 – 350,000/μL. Thrombocytosis is defined as having levels over 400,000/μL. The body has considerable capacity for blood to clot effectively as and when needed even with reduced platelet counts, down to the region of 75,000/μL. This is an important consideration in strategic therapies which rely on reducing platelet counts.

If the patient has cancer and thrombocytosis, the likelihood is that the raised platelet count has been directly caused by the cancer. Under those circumstances the term “paraneoplastic thrombocytosis” (thrombocytosis alongside the ‘neoplasm’ or tumour) is often used, and those with the highest platelet counts have been shown to be the least likely to survive.

There is little evidence that platelets are themselves abnormal in cancer. The evidence is that cancer cells stimulate the overproduction and inappropriate activation of platelets to produce a favourable micro-environment for tumour growth.

Platelets have been found to provide a protective envelope around cancer cells to shield them.

Platelets have been shown to be the source of growth factors which stimulate the development of a blood supply to a new and growing tumour (pro-angiogenic factors), as well as those which stimulate the development of the tumour itself. In the later stages of tumour development, some cancer cells may break away from the primary tumour and travel to other parts of the body (principally the brain, bones and lungs) to establish new, secondary growths (known as metastases). These secondary tumours would normally be at risk of being eliminated by the body’s own defensive cells (known as “killer” T-cells). But platelets have been found to provide a protective envelope around cancer cells to shield them, as well as secreting platelet-derived growth factors which directly impair T-cell function and the ability to deal with cancer cells.

In addition to this, cancer cells are now known to migrate to the site of megakaryocyte formation (principally the bone marrow but also the lung) to stimulate the production of even more platelets to meet the cancer’s needs, establishing a potentially fatal feedback loop.

POTENTIAL GAME-CHANGER
A reduction in platelet count could help prevent tumour growth and metastasis. This is where the importance of the role of anagrelide lies.

Anagrelide acts by inhibiting the expansion of megakaryocytes and therefore modulates platelet production. It is pharmacologically unique in the fact that it has no effect or impact on other blood cell types. It is the only approved drug in the new therapeutic class of what are called “anti-megakaryocytics”.

It is important to note that anagrelide is not a cure for any type of cancer. In its new role as an anti-cancer agent it would be best described as an adjuvant or a neo-adjuvant therapy.

Adjuvant therapies are those which have an action in their own right and are used as part of the overall anti-cancer strategy alongside conventional therapies. This addresses anagrelide’s action in reducing platelet numbers and therefore reducing levels of platelet-derived growth factors which allow tumours to become established, grow and metastasise.

Neo-adjuvant therapies are those which, through their actions, allow other drugs or anti-cancer agents to act more effectively. What is important here is anagrelide’s action in reducing the number of platelets available to physically cloak circulating tumour cells and shield them from the immune system’s killer T-cells. Newer cancer treatments involve immunotherapy designed to boost the patient’s own immune system. Anagrelide’s complementary action in this situation would make circulating cancer cells more susceptible to T-cell attack.

THE CHALLENGE OF SIDE EFFECTS
Historically, anagrelide was developed as a platelet anti-aggregatory agent because of its ability to inhibit a particular enzyme involved in aggregation (and therefore clotting), phosphodiesterase III (PDE III). A metabolite of the drug known as 3-hydroxy anagrelide was found to be principally responsible for inhibiting PDE III, which unfortunately was found to have a marked stimulatory effect on the heart.

Anagrelide’s development as a platelet anti-aggregatory agent was terminated when it became apparent that the drug also had a profound and unintended effect in lowering platelets. It was later repurposed for the treatment of a rare disease called Essential Thrombocythemia in which patients are at thrombotic risk from an overproduction of platelets. However, its potential as an effective anti-cancer agent has been limited by the cardiovascular side effects which are seen following oral administration of the drug in capsule formulation.

Anagrelide is pharmacologically unique in the fact that it has no effect or impact on other blood cell types (except platelets).

This is because, when taken orally, the drug is extensively metabolised in the liver the first time it passes through into the bloodstream (first pass metabolism). This produces 3-hydroxy anagrelide, whose cardio-stimulatory effect is more than 40 times more potent than anagrelide itself while having a less effective anti-megakaryocytic effect. So once anagrelide is metabolised, the product has more marked side effects and also reduced therapeutic benefits.

The most commonly reported adverse cardiovascular side effects are a fast or racing heartbeat (tachycardia), noticeably forceful heartbeat (palpitations) and severe headache. These effects limit the size of the dose that can be taken and are the primary cause of patients discontinuing therapy.

SUDA Pharmaceuticals aims to address the issue of these unwanted cardiovascular side effects by making use of its proprietary OroMist® technology to formulate an oromucosal spray for the delivery of anagrelide. This would mean that, unlike standard oral capsule formulations, the drug would not have to be metabolised in the liver before being absorbed. Instead it would be absorbed into the body directly through the oral mucosa (the lining of the mouth).

Such direct absorption would dramatically reduce the risk of producing the unwanted metabolite 3-hydroxy anagrelide in the liver, making the oromucosal spray a potentially much safer formulation than the current orally administered version. At the same time, it would retain its unique ability to target only megakaryocytes.

Therefore, Dr Franklin is confident that anagrelide will offer a new, valuable and first-in-class treatment option for cancer management within the next 3-5 years.

Is there any indication at this stage that the oromucosal spray formulation might be dose-limited? Is there a possibility that very high doses might lead to at least some of the dose being metabolised in the liver as with the oral medication and thus give rise to side effects?

<> Like all drugs anagrelide could potentially be taken in higher than intended doses. However, even using the oromucosal spray there may come a point at which some cardiovascular effects would become evident which would deter the patient from further increasing the dose.

What inspires your work in this area?

<> The potential application of this treatment across such a broad range of solid tumours makes it a very attractive proposal. It exploits a common mechanism for the growth and development of many different cancers and thus has wide applicability.

Anagrelide: Finding new use as an adjuvant therapy in cancer management was last modified: August 30th, 2019 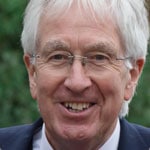 Dr Richard Franklin is a member of the Scientific Advisory Board at SUDA Pharmaceuticals and Project Director for the development of anagrelide in cancer. He has worked previously for several major drug companies including Glaxo, Wyeth, Sterling Winthrop, & AstraZeneca. Most recently he was head of New Product Innovation at Shire Pharmaceuticals & is credited with filing over forty patents on potential new drug products. During his career he has published over sixty scientific papers and was associate editor of the journal Xenobiotica for ten years. He is a past chairman and secretary of the European Drug Metabolism Discussion Group.

Researchers at SUDA Pharmaceuticals are investigating the role of platelets in cancer and the possible use of anagrelide as a treatment to target platelets.