Health & Medicine
Billions of neurons are wired up to into highly organised neural circuits in the brain. The creation of these circuits is a complex process and it is essential that neurons find the correct partners. Matt Pecot and colleagues from Harvard Medical School are interested in understanding this neural circuit formation. In their studies, by using Drosophila, they have identified the gene dFezf as an important part of the puzzle.

Brains are grey, squishy and wrinkly, they are not all that exciting to look at. But if you use a microscope it gets a whole lot more interesting, you can see long, thin and wire-like neurons that are important for pretty much everything you do – thinking, planning, feeling, seeing, typing, understanding, reading this article, and the list goes on and on.

Neurons connect like wires at points called synapses to send signals and messages across the brain. When you are young your brain is making loads of synapses because it is learning lots of new things – it’s learning how to understand what you see and hear, how to remember a name, recognition of family, how to speak, how to walk and so on. So, it’s important that these neurons connect correctly. But how do they do it? There are so many neurons how do they know which ones to partner up with?

Imagine I gave you a box of wires and asked you to connect them all up to make a robot. This sounds tricky but I wonder if there are some instructions somewhere? Instructions in living things are found in genes in our DNA. Matt Pecot and his research group are interested in finding the genes that help neurons find the right connections in the brain.

Why the fly?
Do you fancy donating a portion of your brain for research? Most likely not, this is why researchers use models to help figure out what is going on in humans, by studying a model, researchers can gain insights into the biology of humans. Matt Pecot and his researchers use the Drosophila melanogaster, the fruit fly, to study how neurons connect to one another. One of the main reasons for using the fly is because of its similarities with the human brain. Both the Drosophila and the human brain have complex layered circuits in the optic lobe (the part of the brain that interprets what you see). Examining this area also allows researchers to see and study individual neurons – another great reason to use Drosophila! Matt’s group is interested in how the layered circuits are formed in Drosophila.

Matt suggests this mechanism for assembling circuits may have remained unchanged throughout evolution so it will be found in multiple species.

Traffic into the M3
Confusingly the optic lobe is divided up into more small parts – we just need to know about two of those, the lamina and the medulla. Neurons from the lamina, helpfully named lamina neurons, synapse in the medulla. In an adult Drosophila, the medulla is clearly organised into distinct layers: M1 – M10 formed by the synapsing of laminar neurons. But how are these layers formed? It’s all down to Earmuff! Let me explain further, L3 is a lamina neuron that synapses in the medulla. In the adult Drosophila, L3 neurons synapse in the M3 layer. The research group previously identified a gene called Drosophila Fezf (dFezf for short, aka Earmuff) in L3 neurons and were interested to see if it had a role in targeting L3 to the M3 layer.

Bye-bye Earmuff
One way that researchers try to understand the importance of a gene is to get rid of it! When the gene is gone or knocked-down you can see what effects this has on the neuron. In this case, the scientists were interested in looking at whether the L3 neurons synapsed on M3 without dFezf. Matt’s group used flies that were still developing neuronal connections to see the importance of dFezf. The chosen flies were in the pupal stage of development, where the larva is metamorphosing into an adult fly. Here the researchers encountered a problem, they found that the mature M1-10 layers don’t exist in pupal flies! At this stage, the layers in the medulla haven’t fully formed, but they observed two broader regions– the distal and proximal regions. The researchers conducted the knockdown experiments and saw in pupal flies without dFezf that L3 neurons stopped growing in the distal domains of the medulla. However, in the control pupal flies with functioning dFezf, the researchers found L3 synapsed in the proximal domain. It seems that dFezf is important in targeting L3 to the proximal domain during development. The researchers continued to study the flies throughout development. They found in flies without dFezf that the mature layers, M1-10, weren’t distinguished and the neurones displayed abnormal architecture. However, in the flies with dFezf, they found L3 neurons had integrated into the developing M3 layer. By knocking down dFezf the researchers were able to answer their question – dFezf is important for targeting neurons to the correct layer during development!

dFezf has an important role in directing the growth of neurons.

What’s going on?
We know that dFezf is important in targeting L3 neurons to M3. But what does dFezf actually do? Does it yell instructions like a pirate to the crew on a ship? Probably not. In fact, Matt’s research group have some compelling evidence demonstrating that some other more favourable mechanisms of communication may be at play. They had a good look at the levels of expression of the genes in neurons where dFezf was removed and where it was functioning correctly. They found lots of genes were affected by the lack of dFezf, including genes involved in regulating the cell surface and release of molecules. It’s possible that dFezf could be a master regulator gene that initiates layer formation through regulating the expression of other genes. Faced with altering levels of multiple genes, the research group had to choose their best candidate to study in more detail. The lucky winner this time was Netrin.

Netrin
Netrin or Net for short exists in two forms – A and B. The researchers here focused on NetB as there is more of it in L3 neurons. They found that disrupting expression of dFezf in L3 neurons caused a reduction in NetB confirming their initial thoughts that dFezf is required for NetB expression. They also found that NetB is important in supporting other communications as well including regulating the synapsing of another type of neuron called R8 into the M3. It seems that dFezf is quite busy, not only does it regulate the expression of genes that target L3 neurons to the M3 but it also regulates NetB expression to recruit other cells to the M3 layer! Remember there are nine other layers so it is likely that similar genes coordinate their assembly like dFezf coordinates targeting of different cells to the M3 layer. 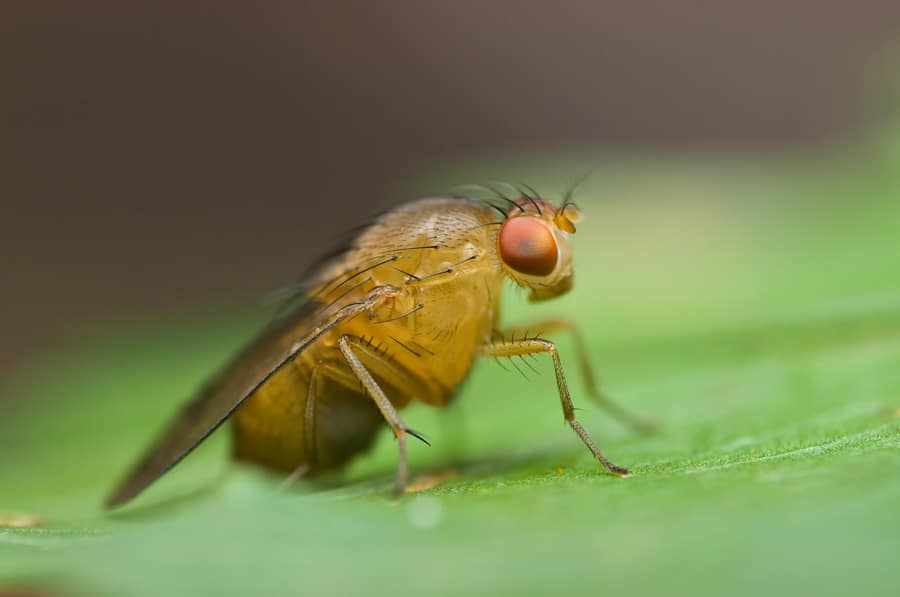 Researchers from other groups have also identified Fezf as being important for assembling these layered circuits in mammals (mice). Matt’s group propose that this mechanism for assembling circuits is evolutionary conserved – it has remained unchanged throughout evolution so it will be found in multiple species. Before this can be said for sure, more research is required. The group would like to study the other genes that dFezf regulates to pin down exactly what dFezf does to assemble these layered circuits.

Do you think studying neural circuit formation will provide insights into aetiology or cures for diseases that affect the brain?

<> Absolutely. It is becoming clear that developmental defects in neural connectivity are causal to neurological disorders. Thus it’s imperative to understand the fundamental molecular principles underlying how neural connections are established during development.

Using these principles as a guide will allow us to develop therapeutic strategies to restore proper circuitry in diseased individuals. 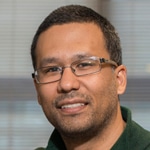 For his PhD, Matt worked with Vivek Malhotra at UCSD investigating the biogenesis of the Golgi apparatus, and he performed post-doctoral studies with Larry Zipursky at UCLA studying neural circuit formation. Matt’s laboratory at Harvard Medical School seeks to understand how the nervous system is assembled during development.

Matt’s laboratory at Harvard Medical School seeks to understand how the nervous system is assembled during development.