Health & Medicine
The fruit of the Carica Papaya plant has long been celebrated as a champion of traditional indigenous practices for its potent digestive, antioxidant, and anti-inflammatory properties. Additionally, papaya has been shown to have potential oncological applications, fighting accumulation of cancer-causing free radicals. To investigate the anti-cancer and anti-ageing properties of this fascinating fruit, Professor Stefano Fais, head of Research at the department of Oncology and Molecular Medicine at the Italian National Institute of Health, has conducted research into the beneficial effects of Fermented Papaya Preparation (FPP®, commercial name Immun’Âge®, Osato Research Institute, Gifu, Japan) in mouse models.

When one hears the term ‘antioxidant’, it may bring to mind the virtuous feeling associated with a fresh kale and blueberry smoothie – and with good reason. Antioxidants are abundant in fruits and vegetables and include vitamins A, C and E, beta-carotenes, lycopene, and polyphenols, also present in other food products such as coffee, green tea, nuts, and dark chocolate.

Antioxidants are compounds that defend our cells from oxidative stress (DNA damage inflicted by Reactive Oxygen Species [ROS]) leading to oxidation, which is when a molecule loses an electron, thus becoming ‘unstable’. Chronic, accumulative, oxidative stress increases the risk of age-related diseases such as cancer, diabetes, and heart disease, as well as neurodegenerative conditions such as Parkinson’s disease and Alzheimer’s.

Fermented foods: superheroes of the antioxidant world
A somewhat unexpectedly rich source of dietary antioxidants comes from fermented foods. Fermentation is a natural process that usually takes place in anaerobic environments and utilises the by-products created by bacteria (such as Lactobacillus bulgaricus), moulds (eg, Penicillium roqueforti), and yeasts (such as Saccharomyces cerevisiae) to produce alcohol or acid, commonly lactic acid, from sugars. The fermentation process increases the antioxidant capacity of foods such as fruit, vegetables, milk, and fish, and preserves food products, increasing their nutritional value and giving them pleasantly tangy flavours. Fermentation has come back into vogue in recent years, with products such as sourdough bread, kombucha (fermented tea), sauerkraut (German fermented cabbage) and kimchi (Korean fermented vegetables) now commonly being found on supermarket shelves.

Fermentation is an ancient technique and mankind has used it almost as long as our species has existed, with the earliest record of fermentation appearing in ancient Mesopotamia, around 6000 BC. Thousands of years before artificial preservatives and refrigerators, fermentation was a critical method for ensuring food safety and preservation. Fermentation is also important for removing toxins; in modern West African culture, a starchy flour called ‘garri’ is produced from the roots of the cassava plant, which is poisonous without proper fermentation.

Furthermore, fermented foods are an excellent source of probiotics (living strains of ‘good’ bacteria) and prebiotics (plant fibre that ‘good’ bacteria feed on), which colonise the gut with helpful bacteria such as Lactobacillus and Bifidobacterium. There is evidence suggesting that this is beneficial to the immune system, promoting digestive and overall organ health, and may even improve mental health by promoting the release of neurotransmitters from the gut that are important in mood regulation.

Why is papaya of particular medical interest?
Certain fruits stand out as possessing particularly impressive medical applications. Papaya is a tropical fruit native to Mexico and South America. The sweet-tasting flesh as well as the leaves and seeds have featured in traditional medicine for hundreds of years, and with good reason. Faster wound healing, prevention of macular degeneration (loss of vision with age), relief from psoriasis and eczema, digestive aid, and anti-cancer properties are just a few of the medicinal applications for this amazing fruit.

To investigate the tumour-fighting and anti-ageing applications of papaya, Professor Stefano Fais and colleagues at the NIH have probed further into the health benefits of Fermented Papaya Preparation (FPP®), yielding some very promising results.

It is worth noting that the FPP® used in Professor Fais’ experiments undergo a long fermentation period (around nine to twelve months) and as such, it is highly likely that this ‘superfood’ not only contains the fruits’ plentiful natural benefits, but is also a bountiful source of secondary metabolites (a substance that aids growth, development or immune function but is not essential for survival) which makes them an excellent source of pre-biotics.

Fermented papaya and melanoma
In the growth and metastasis (spreading) of a tumour, the tumour ‘micro-environment’ (including the pH, nutrient profile and participating cells) is vital. Using the accumulation of antioxidants to alter the micro-environment and disrupt the formation and metastasis of a cancer is therefore an important priority.

Professor Fais and his colleagues investigated the effects of orally administered FPP® in mice inoculated with B16 melanoma (an aggressive form of skin cancer) – prior to this study there was little research on the anti-tumour applications of FPP®.

To quantify the anti-tumour effect of FPP®, blood was taken from the mice and the levels of ROS were measured. The results demonstrated that FPP®’s mechanism of action was associated with a decrease in ROS and an increase in antioxidants in the plasma. The build-up of free radicals during the development of a tumour may dramatically inhibit the immune system’s ability to recognise and destroy tumour cells – therefore a possible future approach may be to use the antioxidant effect of FPP® to stimulate the immune system into fighting the cancer cells more effectively.

Treatments were delivered sublingually (a tablet placed under the tongue) and by oral gavage (feeding through a needle passed down the oesophagus into the stomach). Sublingual proved the most effective, as well as proving less distressing for the murine (rodent) participants.

The study demonstrated that the optimal dose of FPP® in mouse models was 200 mg/kg per day, with treatment starting seven days after inoculation with the melanoma cells. This achieved a significant reduction in tumour size compared to untreated mouse controls, and reduction in the tumour size was observed 13 days after inoculation, with as little as six consecutive days of treatment with FPP®.

Administering FPP® three days before inoculation with melanoma provided dramatic preventative effects, with the resulting tumours being up to six times smaller than those in the controls.

Prevention and early diagnosis of melanoma are the most promising therapeutic strategies, as late-stage melanomas carry with them a poor prognosis. Using FPP® as a neo-adjuvant therapy (treatment given as a first step, before surgery or chemotherapy) looks to be very promising in improving prognosis and treatment effectiveness.

The anti-ageing effects of fermented papaya
Professor Fais and his colleagues at the NIH conducted further research into the health benefits of FPP® in 2020, investigating its therapeutic effects on age-related degeneration and on oxidant/antioxidant (Redox) balance. Mice appropriate for ageing studies were given FPP®-supplemented water from six weeks old (early treatment) or 51 weeks old (late treatment) and were compared to control mice given only tap water. Antioxidant and ROS levels were measured, as well as telomere lengths and telomerase levels in the bone marrows and ovaries of mice in both groups. Telomeres are protective protein caps located on the end of chromosomes, which shorten progressively with age and are associated with age-related disease. The enzyme telomerase maintains the length of telomeres by adding repeating base pairs onto the ends. Telomerase is often upregulated in many cancers, preventing the cancer cells from entering senescence (cellular ‘retirement’).

The results of this study showed that the daily consumption of FPP® drastically increased the levels of antioxidants in the blood, decreased ROS levels, increased telomerase levels in the plasma and led to an increase in telomere length. These results are consistent with previous studies that have demonstrated that FPP® is effective in reducing oxidative stress. Additionally, the results show that although FPP® still has a beneficial effect in the older group (51 weeks old), early treatment is much more effective.

Somewhat paradoxically, systemic treatments such as chemotherapy which are commonly used to treat cancer are known to increase ROS levels and oxidative stress in the body. Newer targeted or immunological therapies such as monoclonal antibodies represent a stride forward in the field of oncology but are unfortunately not suitable for every cancer patient. The promising results highlighted in these studies pave the way for a possible new neo-adjuvant therapy, to be administered before the primary treatment (such as chemotherapy or radiotherapy), with hopes that it will improve prognosis and primary treatment effectiveness, ultimately giving fresh hope to cancer patients and physicians.

What further research would you like to conduct into the anti-cancer and anti-ageing properties of FPP®?

We are performing new in vivo experiments in a model of ‘induced ageing’ by daily treatment with hydrogen peroxide, with the aim to investigate the potential effects of FPP® in treating acute intoxication. In these experiments, the effect of FPP® will be tested in the ability of cells obtained from haemopoietic organs, such as spleen and bone marrow, to release immunoglobulins, in order to definitively show a direct effect of FPP® on the immune response. To date, this research area has not been studied in much detail and therefore lacks scientific data. 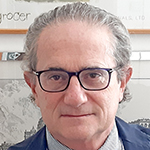 Stefano Fais is Head of Research at the Department of Oncology and Molecular Medicine at the Italian National Institute of Health. He specialises in Gastroenterology and General Pathology and has also been involved in a number of research fields including mucosal immunity, AIDS, exosomes, and diseases. Dr Fais has authored over 200 papers.

Professor Fais summarises recent data on the use of FPP® in tumour treatment and in controlling ageing at the molecular level.