Biology
Current pest control protocols do not allow to differentiate between invasive and native ant species. Dr Reid Ipser, when a graduate student at the University of Georgia, US, wanted to find out whether invasive species, like fire ants and Argentine ants, chose different sizes of food particles compared to native American species. If so, this would help develop more effective ways to eliminate these invasive species without affecting native ants. The research results indicate that the best options would be to go for large particle bait for fire ants and medium particles for Argentine ants.

Growing commercial trade has led to the accidental transport of many species of ants across the world. These unintended passengers can easily hitchhike on cargo containers in planes and ships. Food items, plants, and timber are just a few of the items that can carry ants to their new destinations.

Not all succeed in their new homes, but some of these ants – the most aggressive and competitive – have the ability to establish and spread rapidly. Researchers know what qualities are ideal to become global invasive species: a broad diet, the ability to breed quickly and resilience to adapt to different habitats. The red imported fire ant (Solenopsis invicta Buren) and the Argentine ant (Linepithema humile Mayr) are two such examples. In fact, these species are so good at invading new territories that they have made it into the top 100 most invasive species in the world. Native to South America, both species have travelled north and expanded their ranges into North America where they have started competing with native species.

With the pest control methods available now, it’s virtually impossible to target these two specific species. Inevitably, other species of ants will also be affected. Dr Reid Ipser, previously based at the University of Georgia, US, is keen to develop a way to aim for fire ants and Argentine ants while at the same time protecting local native ant species.

Choosing particle sizes
The red imported fire ant – or fire ant for short – is native to South America, but it has been accidentally introduced in Asia, Australia, New Zealand, some Caribbean countries and the United States. In these locations, this ant is viewed as an annoying and unwelcome pest, responsible for billions of dollars in damages. Red imported fire ants quickly become the dominant ant species where they decide to live, effectively displacing native species out of their homes and blocking access to food. This domination is typically achieved with a large army of worker ants and poison against competing ant species. 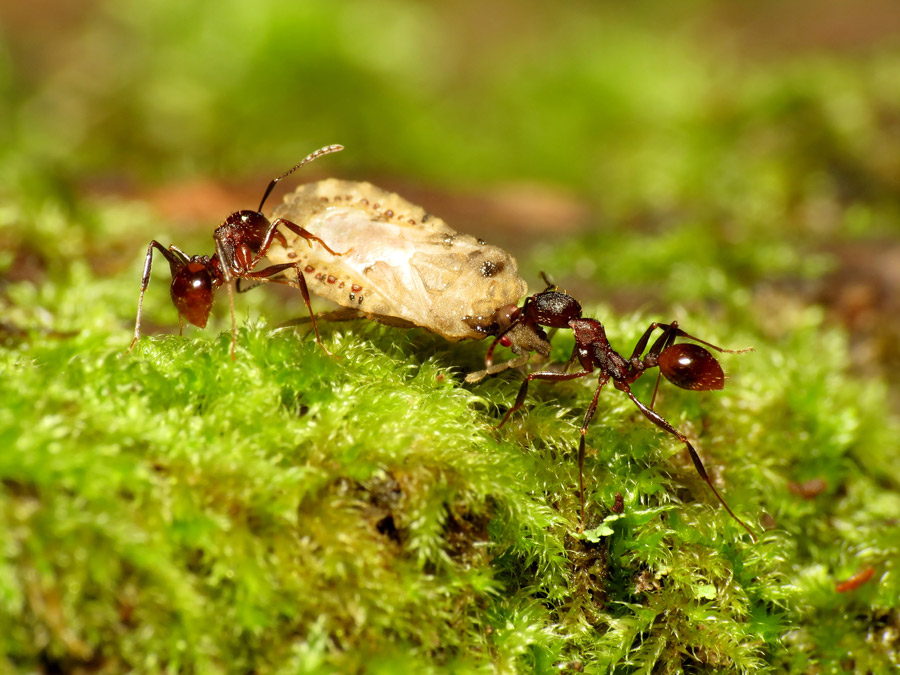 The Argentine ant is also native to South America, but it has established itself in many areas including South Africa, Australia, New Zealand, Japan and the United States. Argentine ants are just as aggressive as fire ants, and easily displace most or all native ants. Furthermore, they can even threaten other invertebrates. This is because they often control foraging areas and effectively find food resources before other species do.

Pest control for ants typically involves exploiting their food habits, using slow-acting poison bait. This is collected by the workers, and taken to the nest, eventually killing every ant in the colony, including the queen. This approach, however, is not designed to target a specific species, as bait is also appealing to non-target species.

To improve the efficacy of granular baits, particle size should be tailored to include those sizes preferred by the targeted pest ant species.

To find a solution for this problem, Dr Ipser’s objective was to find out whether invasive species – fire ants and Argentine ants – choose a specific size of food particle that is different from four local species. “If bait particle size could be matched to a specific target ant species”, then it would be possible to “increase the efficacy of the bait to the target pest while decreasing impact on non-target ant species”, says the researcher.

The four native species included in the study were Aphaenogaster fulva Roger, Aphaenogaster lamellidens Mayr, Formica pallidefulva Latrielle, and Pheidole dentata Mayr. The team around Dr Ipser chose these particular species because they are common to Georgia, easy to handle and maintain in the laboratory.

It’s all down to personal taste
All six ant species included in this study were happy to forage in lab conditions. The researchers used four bait sizes, 2.36mm, 2mm, 1.44mm, and 0.85mm, made from freeze-dried crickets.

Ants tried all sizes provided, but there were definitely some favourites. Three of the four native species focused mostly on the largest size, and rarely touched the others. In contrast, the remaining species went for the smaller size and ignored the larger particles.

As for the invading species, fire ants and Argentine ants clearly showed how they become the dominant species. While the native ants opted for one size and tended to stick to that, the invasive ants attempted to forage everything. Fire ants preferred the larger size (2.36mm) and Argentine ants favoured the second largest option (2mm), but they still removed more than half of the other sizes. “These results indicated that these two invasive species could effectively forage the range of bait particle sizes included in this study, an attribute that likely contributes to the success of these species in competitively displacing other species from food resources”, explained Dr Ipser.

Size of the head and competing behaviour
When analysing the results, the team noticed a curious relationship: the size of the bait particle selected was positively correlated with the size of the ant’s head. This should not be surprising, as for optimal foraging, ants need to choose the largest particle they can possibly carry in order to maximise food collection for the colony.

The champions, in this case, were the Argentine ants, who managed to forage almost 400 particles over three hours, and second place went to the fire ants, with around 300 particles gathered. On the other end of the scale, most native species managed less than 200 particles over the same period. The one exception was the species with a preference for smaller particles, who hoarded over 300 pieces, but 94% were either 1.44mm or 0.85mm.

In addition, to test the fire ants’ aggressive and territorial behaviour, Dr Ipser placed this colony on a head-to-head with each of the native ants’ colonies. In every single case, fire ants dominated the foraging arena by arriving before the competition and with a larger army. Not satisfied with getting most of the available resources, fire ants would also resort to raiding the opposite colonies’ nest to steal food. Eventually, all brood was moved to the fire ant’s nest, and all remaining workers and queens were killed.

Finding a better way to control invading ants
For Dr Ipser, the main goal in this study was to find out whether particle size could be matched to a specific target species. If possible, this approach would increase the efficacy of the bait treatment and limit the impact on non-target species.

This division was not very clear cut, but there were some preferences that might be useful to develop new ways to control invasive ant species. For the native ants, particle size was very similar for three out of four species, with most preferring the large crumbs and only one going for the smaller pieces. In contrast, the invasive fire ants and Argentine ants could forage a broader range of particles. Based on these results, the best options would be large bait particles (2.36mm) to attract fire ants, and medium-size particles (2mm) to catch Argentine ants. “These results indicate that in order to improve the efficacy of granular baits, particle size should be tailored to include those sizes preferred by the targeted pest ant species”, concluded the researcher. “This will increase bait uptake and could potentially allow for less bait to be applied to achieve the desired result.” 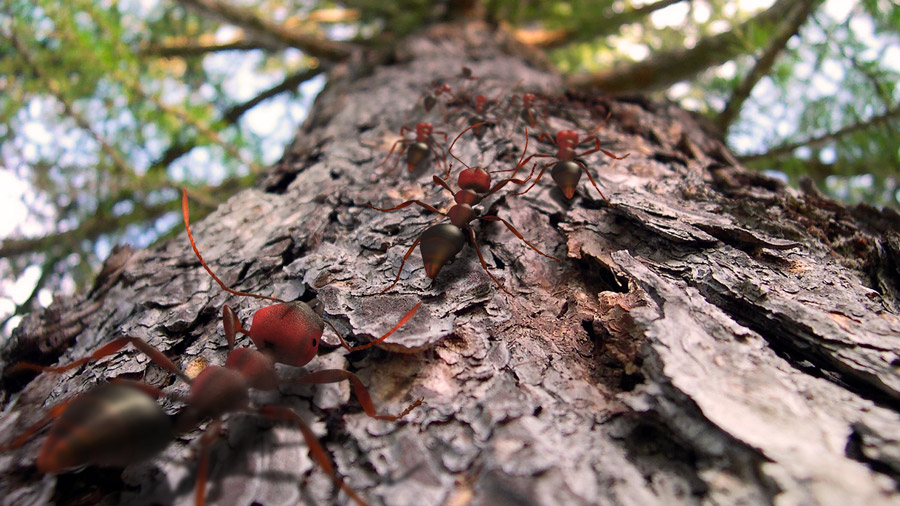 Can these results lead to better ways to control invasive ant species?

Absolutely. However, not just ant species but a broad spectrum of other invertebrates. The more diversity the better. I feel using these tactics will help enhance diversity, and that they can be used in the urban and agricultural environs as well. 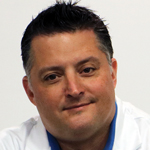 Reid Ipser has more than 16 years of practical experience in the pest control industry and holds multiple degrees in Entomology, including a PhD from the University of Georgia, and has authored numerous scientific publications in peer-reviewed journals. He has been with Nisus Corporation for six years.

This work was supported by Hatch project: Enhancing the biological management of selected invasive and non-invasive insect pests [project accession no. 1008717] from the USDA National Institute of Food and Agriculture. 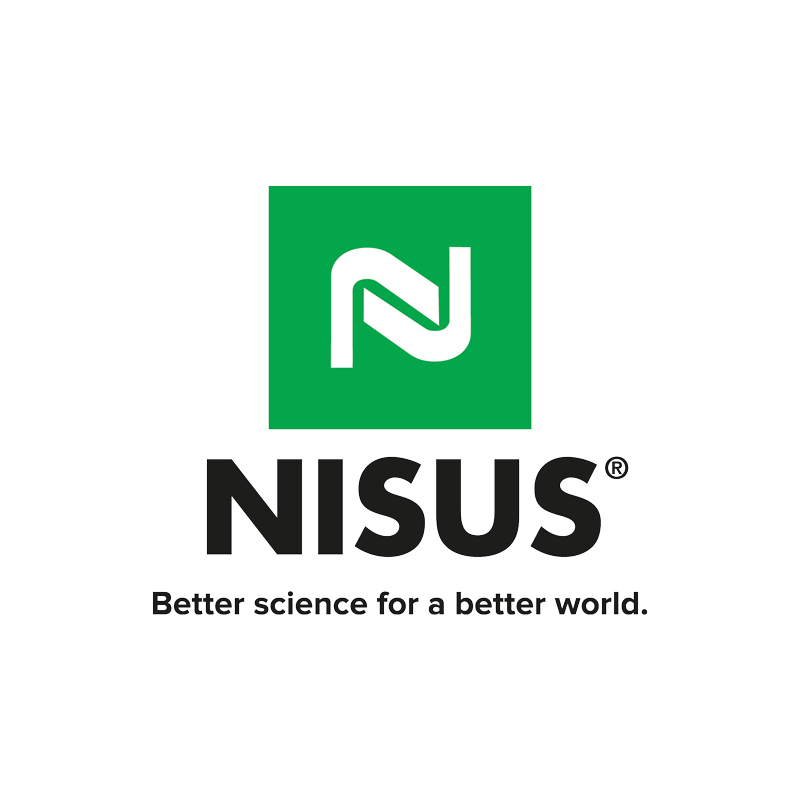