Biology
Every cell needs to divide and produce more cells. This is an essential part of every living organism. The first step is to make a copy of its own DNA to pass on to daughter cells. This is known as DNA replication and has been the focus of Professor Michael O’Donnell’s lab for many years. The team, based at The Rockefeller University, New York, USA has produced many firsts in the field, from identifying the unknown function of proteins to unveiling new mechanisms.

At some point in their lives, every cell has the ability to reproduce. To do so, cells need to have two copies of their genetic information, one to give each of the daughter cells. The first step in this process is known as DNA replication, and it involves making an identical replica of the cell’s DNA using the existing version as a template. This occurs billions of times a day in the human body and it’s done with high accuracy and precision. 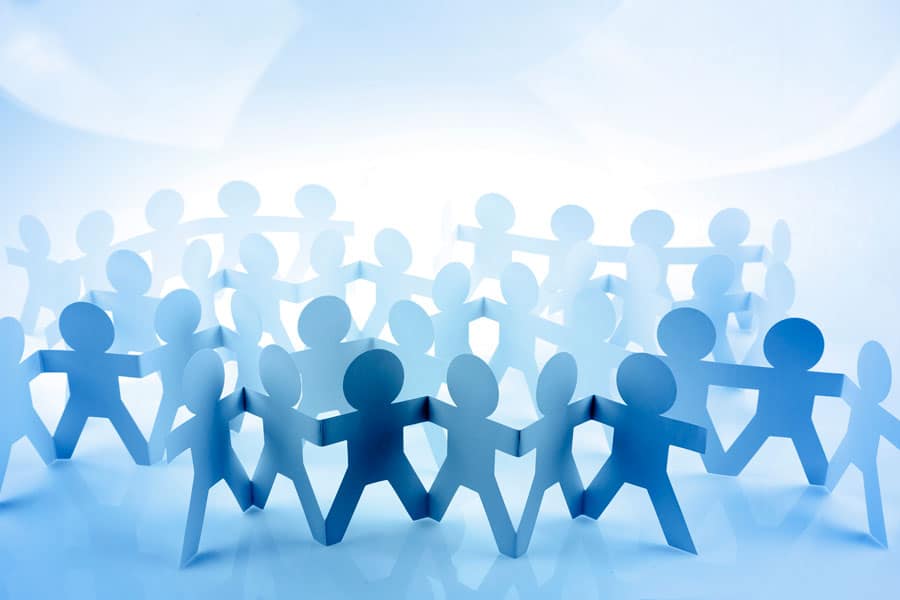 The DNA present in every cell is made up of two strands, assembled in a well-known double helix. As a starting point, this structure needs to be uncoiled and separated, and each single strand can then be used as a template for the production of another strand. As a result, the two final DNA copies each have one ‘new’ strand and one ‘old’ strand.

This is a highly complex and regulated process involving multiple proteins. One of the most important is an enzyme known as helicase, which commands charge of separating the two DNA strands. Then come DNA polymerases that have the ability to add small DNA building blocks (called nucleotides) to the chain, producing a new double-stranded DNA. Curiously, and nobody yet knows why, but DNA replication requires two different polymerases, known as Pol epsilon and Pol delta.

This mechanism has long fascinated Professor Michael O’Donnell, based at The Rockefeller University, New York, USA. It all started back in the 90s, when Professor O’Donnell and his team were the first to show a doughnut-shaped protein wrapped around DNA, with the ability to recruit a polymerase and ensure that it stayed in place during replication. They named it ‘sliding clamp’ after noticing that it literally slid along the DNA strand while holding the polymerase to DNA.

…the replisome plays the role of a zipper slider to produce two individual strands appearing much the same way as the two separate rows of teeth from the zip.

These were exciting scientific discoveries but there is still much to understand about the process of replication. One aspect that particularly interests researchers is the point where the two strands are separated. This location is teeming with many different proteins, each following their own agenda yet working together with a common goal of duplicating the DNA helix. The Rockefeller University team is keen to dissect each component and understand their localised function within the bigger picture of replication.

The replication point is a hive of activity
Most of Professor O’Donnell’s early work was done in bacteria – including the sliding clamp discovery – but now his team has shifted their attention to eukaryotic organisms. Eukaryotes are complex organisms varying from yeast to humans, whose DNA is enclosed within their nucleus. Eukaryotes differ from bacteria (or prokaryotes) whose DNA moves freely inside the cell.

This change proved successful and the team were the first to purify and use the individual components that constitute the replication machinery in yeast. A painstakingly long and complex process, the team successfully purified complexes that total 35 individual proteins, which make up what is termed the replisome.

These proteins play a crucial role at the replication fork – where the double DNA strand becomes two separate single strands. It’s easy to imagine the replication process like a zip opening, where the replisome plays the role of the zipper slider to produce two individual strands appearing much the same way as the two separate rows of teeth from the zip.

One of the main characteristics of the replication fork is its asymmetry. Because the two strands of DNA sit head to tail but DNA can only be synthesised in one direction, this creates a bit of a traffic jam during replication. The two new strands are produced with different timing, with a leading strand and a lagging strand appearing in opposite directions.

Knowing it would be virtually impossible to study this replication fork in vivo (in living cells), Professor O’Donnell opted for the next best thing: adding all the ingredients to a test tube, including enzymes helicase and polymerases, and a pinch of double stranded DNA with a few nucleotides.

They found that one of the polymerases – called Pol epsilon – doesn’t like to be on its own and only attaches to the DNA if the helicase is present. In contrast, the other polymerase (known as Pol alpha-primase) prefers to bind to the sliding clamp, but only when the clamp is on the lagging strand.

Professor O’Donnell demonstrated that this starkly contrasts with the bacterial system, which uses the same polymerase for replication of both strands of DNA. This raises an interesting question as to why more complex animals need a different strategy?

Professor O’Donnell believes it’s because each strand requires polymerases with vastly different characteristics: the polymerase connected with the leading-trand (Pol epsilon) must be able to keep going without disconnecting from the replisome, while the polymerase for the lagging strand (Pol delta) is geared for short bursts of replication and then easily disconnects from the template.

Wrong drawings
Understanding how polymerases choose their specific strand is impressive, but Professor O’Donnell and his team wanted to go further and understand how all the replisome components fit together. To solve yet another mystery, the team began to build the replisome piece by piece and examined its structure under the microscope. This work was done in collaboration with Huilin Li, a microscope expert currently based at The Van Andel Institute in Michigan. For Professor O’Donnell’s team, it was time to make history once again; this was the first time that the replisome was to be captured in action.

Every cell needs the ability to reproduce. This occurs billions of times a day in the human body and it’s done with high accuracy and precision.

Much to their surprise, their images were not as they had expected. In fact, their results went against years of wrong textbook drawings picturing what people thought the replisome should look like. They showed that polymerases do not trail behind as most textbook drawings would have us believe, but in fact one is located on top of the helicase and the other sits just below. In yeast, this is Pol delta for the lagging strand on top, and Pol epsilon for the leading strand at the bottom.

And this wasn’t the only discrepancy. In addition, the helicase sits in a way that is completely opposite to what was assumed until now. As replication starts, researchers know there are two helicases that move in opposite directions to form two forks. It was always believed that the two helicases simply move in opposite directions from a central point. It turns out from the microscope images that’s not the case. Helicases are not facing outwards but inwards, and the first obstacle is to cross each other to start moving. 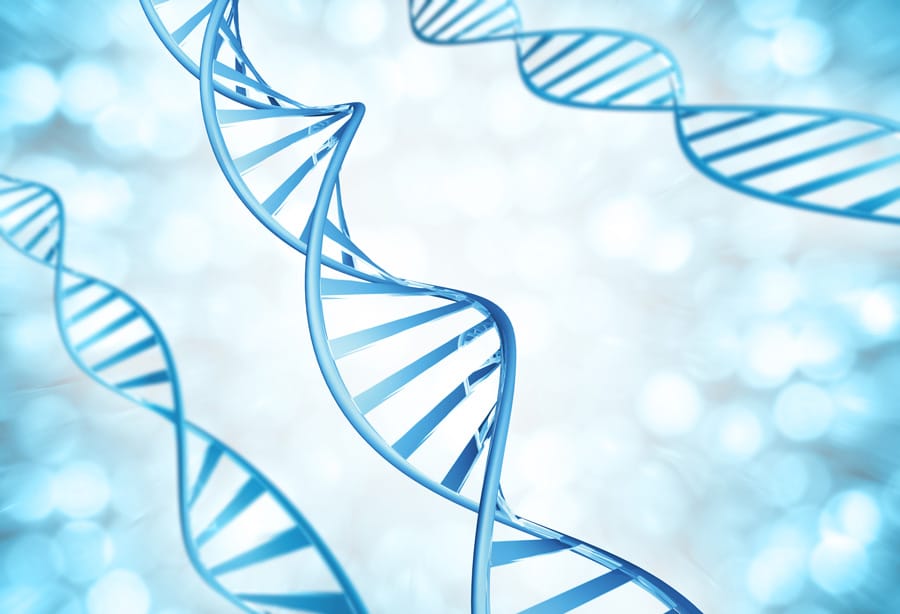 Professor O’Donnell proposes this is actually part of a quality control mechanism. Crucially, helicases cannot cross each other and start replication while still encircling double strand DNA. The process can only start when each helicase surrounds the opposite strands of single strand DNA. Once this happens, the two helicases are free to cross each other and start moving to produce two replication forks, not just one.

Challenging pre-conceived ideas
As described before, every organism needs the ability to copy its own genetic material, of which replication is one of many different mechanisms. Curiously, proteins involved in most processes appear consistent throughout evolution, and proteins are similar from simple organisms, like bacteria to more complex ones, like humans.

Replication, however, follows a different pattern. Proteins involved in this mechanism are not similar between bacteria and higher organisms. For Professor O’Donnell, this means the replisome they discovered in yeast evolved after the evolutionary split between bacteria and eukaryotes. Nevertheless, although massively different, the two systems retain some core elements: including that both have a helicase and both have polymerases and sliding clamps.

The reasons behind this swap remain a mystery. “There is much excitement over these new discoveries, and there are many more questions to address in the future than have thus far been answered,” concludes Professor O’Donnell.

Your team has uncovered some of the fascinating mechanisms behind polymerases and helicases – what is your next target?

DNA replication: Unravelling the secrets of the replisome was last modified: July 11th, 2019 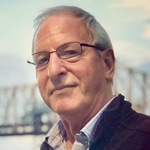 O’Donnell obtained his Ph.D. from the University of Michigan in 1982. O’Donnell’s postdoctoral training was at Stanford’s Department of Biochemistry, under Arthur Kornberg and I. Robert Lehman. He is Professor at The Rockefeller University, an Investigator of the Howard Hughes Medical Institute and a member of the National Academy of Sciences. 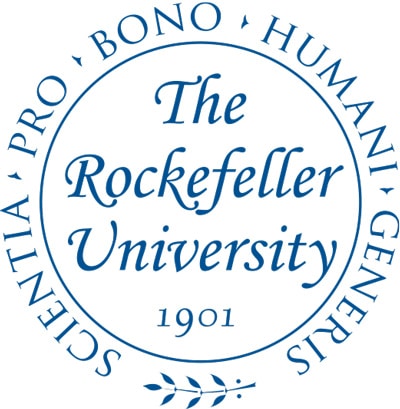