Health & Medicine
Picky eating in preschool children is a well-documented phase when children are reluctant to try new foods and/or show very strong preferences for particular foods. This behaviour can create concern for parents, and this has created a whole market for advice and guidance, not all of which is evidence-based. Dr Pauline Emmett and Dr Caroline Taylor, from the Centre for Academic Child Health at the University of Bristol, explore factors associated with picky eating to determine whether this should be a source of worry for parents.

Picky eating is usually classified as part of a spectrum of feeding difficulties observed in children. Strong food preferences and suspicion of new foods in childhood may have had evolutionary benefits by reducing the risk of consuming toxins. However, in the modern world, these behaviours can provide a barrier to the acceptance of certain food items. This often causes concern amongst parents about nutrient intake and the risk of poor future health outcomes. Determining whether this behaviour is problematic is an important public health issue. 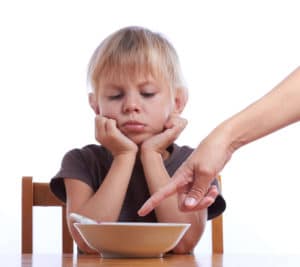 Defining and measuring picky eating
There is no single widely accepted definition of picky eating, and therefore there is little consensus on how to measure it, resulting in a huge variety of prevalence estimates. Dr Pauline Emmett and Dr Caroline Taylor and their team investigated the range of methods used to assess picky eating as well as the different sources of data used to determine prevalence. Researchers reviewed the literature on picky eating between 1990 and 2015 and found that most studies on picky eating were cross-sectional, which means that they only look at behaviours and associated factors at one point in time. Such methods, therefore, do not allow for exploring the prevalence of picky eating over time or the potential health-related outcomes of the behaviour.

Emmett and Taylor found a wide range of tools used to assess picky eating, including the Children’s Eating Behaviour Questionnaire and the Child Feeding Questionnaire as well as study-specific questions. In addition, a variety of prevalence rates were found of picky eating, spanning from 6% to 50%. One of the few sources of longitudinal data, where participants are followed for an extended period of time, is the Avon Longitudinal Study of Parents and Children (ALSPAC). The prevalence of children being very picky eaters (based on a question about definite likes and dislikes) in ALSPAC varied with age from 10% to 15%, with the peak prevalence at 38 months.

Predictors associated with picky eating
Researchers have also investigated factors which can predict picky eating in children. ALSPAC data was used to measure picky eating at age 3 years and then explore potential antecedents of this behaviour. It was found that feeding difficulties during complementary feeding and the late introduction of lumpy foods (after 9 months) were both associated with an increased likelihood of the child being a picky eater. A strong predictor was the child being choosy at 15 months, particularly if the mother was worried about this behaviour. At 15 months, the majority (56%) of children were considered to be choosy with food. Of these children, 17% became very picky at age 3 years if the mother was not worried, in contrast to 50% if the mother was greatly worried about the choosy behaviour. Feeding ready-prepared food was also a predictive factor for later picky eating. Protective factors against picky eating were the mother providing fresh fruit and eating the same meal as her child.

In light of these results, Emmett and Taylor suggest that the likelihood of picky eating can be reduced by providing foods that help the child to learn to chew from 6 months or earlier, supporting mothers through the second year of life when children have a natural tendency to be wary of new foods, providing fresh fruit for the child, the mother often eating the same meal as the child and feeding the child home-prepared fresh foods. They also emphasise that parents should be reassured that picky eating is normal and to continue to provide a variety of foods.

It was found that half of the children (56%) were described as choosy at 15 months. Amongst these children, 27% had mothers who were a bit worried and 5% greatly worried. Mothers were more likely to be worried if their child was first born and/or difficult to feed or refused solids by 6 months of age. Worried mothers were more likely to have introduced lumpy foods late (after 9 months). If mothers fed their child vegetables regularly by age 6 months, this was associated with a lower risk of being worried about choosy behaviour in their children. Researchers suggest that providing support and advice to parents when they begin complementary feeding could help to alleviate worries about eating behaviour.

A strong predictor of preschool-age picky eating was the child being choosy with food at 15 months, particularly if the mother was worried about this behaviour.

Dietary fibre intake
Picky eating has been suggested to be associated with an increased risk of constipation, as a result of a lower fibre intake. Emmett and Taylor used ALSPAC data to determine dietary fibre intake at 38 months and then to see whether this was predictive of stool hardness at 42 months. Picky eating at both these time points was also investigated. Researchers found consistent evidence that children who are picky eaters consumed fewer fruits and vegetables than non-picky eaters, which contributed to a lower fibre intake. Picky eaters were also more likely to have hard stools than non-picky eaters, which was explained by the difference in fibre consumption. Researchers suggest that boosting fibre intake can be achieved through a number of different strategies. These include encouraging parents to repeatedly offer their children small amounts of fruit and vegetables to overcome neophobia (fear of trying new foods), to provide an example for children by eating fruits and vegetables themselves and to adopt regular family mealtimes with the same meal being offered but not forced onto children.

Macro- and micronutrient intakes
Macro- and micronutrient intakes are another source of concern with picky eating. Emmett and Taylor used ALSPAC data to measure both picky eating and nutrient intakes when children were aged 3 and 7 years. It was found that picky eaters at age 3 years had lower mean carotene, iron, and zinc intakes than non-picky eaters. This was also found at age 7 years. Iron and zinc were the nutrients most likely to have intakes in picky eaters below recommended amounts, with free sugars intake much higher than recommended for optimal health. There were no significant differences in energy intakes between the groups, and intakes were adequate for children’s estimated average requirements for energy.

Protective factors against picky eating were the mother providing fresh fruit and eating the same meal as her child.

Conclusions
Overall, findings from research by Emmett and Taylor suggest that picky eating in children is a normal part of growing up and parents need not be overly concerned about this behaviour. However, there are a number of strategies that parents can employ to reduce the risk of picky eating. These include encouraging children to eat a varied diet, including fresh fruit and vegetables, as well as setting an example by eating a varied diet with their children.

Are there other questions about picky eating that you both plan to investigate using the ALSPAC data?

<> We would be very interested to investigate long-term picky eaters, that is children who are picky eaters over many years, to assess if this has a greater effect on the diet and health than short-term picky eating. It would also be valuable to find out whether the differences we found in dietary intakes between picky and non-picky children at ages 3 and 7 years persist into the teenage years. Some children who are picky at young ages are not picky at later ages and it would be helpful to determine factors that predict this change, and which might provide an evidence-base for advice. 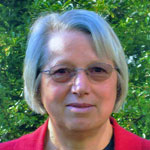 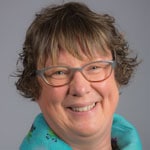 Dr Caroline Taylor: Research Fellow, Centre for Academic Child Health, Bristol Medical School, University of Bristol. Caroline’s research interests are in nutrition in pregnancy and childhood, particularly in how diet and the environment in pregnancy affect the growth and development of  the child.

Dr Pauline Emmett and Dr Caroline Taylor from the Centre for Academic Child Health, Bristol Medical School, University of Bristol use data from the Avon Longitudinal Study of Parents and Children (ALSPAC), which is a long-term research project that enrolled more than 14,000 pregnant women in 1991 and 1992. It has followed the resulting offspring and their parents since recruitment using questionnaires and clinic visits. The research seeks to investigate factors associated with picky eating to determine whether the behaviour should be a source of concern for parents. These factors include fibre intake, macro- and micronutrient intakes, as well as child growth and body composition.