Health & Medicine
Adverse childhood experiences, which can be identified in up to 20% of the population, can underpin a wide range of diseases in later life. Professor Garry Egger, from Southern Cross University, Australia, suggests that this may occur via underlying systemic inflammatory processes. Understanding more about this association, and the role that lifestyle medicine may play in preventing and managing chronic disease, is key to breaking the cycle between early life events and ill health later in life.

Lifestyle medicine is a term that encourages the use of lifestyle factors, such as diet, smoking status and exercise, to manage human health and wellbeing. It is not designed to replace pharmacological treatment of disease but can offer a complementary approach to optimising human health.

An increasing number of people are experiencing lifestyle-related adverse health outcomes. Some of the most common lifestyle-related diseases include non-communicable diseases (which cannot be transmitted from person to person) such as type 2 diabetes, coronary heart disease, stroke, and cancer.

However, there is a complex relationship between lifestyle and disease, involving environmental, socioeconomic, political, educational and biological factors.

Professor Garry Egger is a Consultant Epidemiologist at Southern Cross University in Australia with a particular interest in the environmental determinants of chronic disease. He and his collaborators originally proposed twelve factors that may contribute to chronic ill health. Previous work by the researchers led to the development of the term ‘NASTIE MAL ODOURS’, an acronym used to capture these lifestyle determinants of chronic diseases. In particular they are interested in understanding how a person’s experiences in early life might contribute to later health outcomes, hence the addition of a further three determinants defined by MAL (Meaninglessness, Alienation and Loss of Culture and Identity).

Determinants of chronic ill health
These determinants of chronic ill health can be categorised as distal, medial or proximal – or upstream, midstream and downstream respectively. Distal determinants include the physical, political and economic environment. Medial factors may include stress, sleep, occupation, social inequity and use of technologies. Finally, proximal factors can include nutrition, inactivity and substance misuse. There is likely to be a complex, interrelated relationship between all these determinants and the original underlying contributor, for disease is often not clear cut.

The researchers propose that adverse childhood experiences (ACEs) may fit within the distal or upstream factors, as these can often be responsible for feeling a loss of identity or of losing one’s place in society. Indeed, these may particularly affect populations such as refugees, indigenous people and lower socioeconomic groups, who are already known to be at increased risk of some health conditions.

Lifestyle medicine should be seen as a bridge between clinical medicine and public health.

Many of these lifestyle factors have a common immune biomarker that may link lifestyle to disease outcome. This is often called ‘meta-flammation’, which is a series of inflammatory events triggered by the immune system, which can lead to a variety of metabolic disorders. It is also sometimes used to define a low-level, chronic form of inflammation that is induced by metabolic factors.

Systemic, low-grade inflammation is often seen as a precursor to chronic disease risk and allostasis. For example, chronic inflammation is known to occur in obesity and this inflammation can also have an impact on different body systems, such as the cardiovascular and renal systems. Allostasis maintains stability in the body by altering physiological parameters to counteract challenges. This is in contrast to homeostasis which keeps body systems, such as blood pH, within narrow operating ranges.

There is already much evidence linking trauma in childhood to health problems in later life. However, recent studies have illustrated that cumulative ACEs may have a bigger impact on health than single events, and have shown a link between obesity and ACEs, likely facilitated by lifestyle factors, social disruption and marginalisation as well as chronic stress.

Understanding more about these links is important as it can shape how preventative and management strategies are implemented. To continue with the example of obesity, many traditional weight loss methods will be ineffective because of the coping strategies formulated in response to ACEs earlier in life. A lifestyle-medicine-based approach requires a holistic view that takes into account health behaviour changes but also considers mental, emotional and psychological factors.

ACEs may impact health directly, that is independent of lifestyle, through conditions such as stress, anxiety and depression. However, ACEs may also act indirectly through psychological factors. These psychological factors can be grouped together as meaninglessness, alienation and loss of culture and identity (MAL).

Professor Egger and his colleagues hypothesise that childhood experiences may act through MAL to influence chronic disease later in life.

Pathways of chronic disease
As with obesity, many modern lifestyle-related diseases are thought to be related to low-grade chronic inflammation. This systemic inflammation also appears to be a common characteristic of ACEs. Professor Egger has previously suggested that exposure to specific environmental triggers can stimulate an immune response, evidenced by an increase in metaflammation. As well as the immune system, the nervous and endocrine systems may also be involved. The cumulative impact of these body-wide changes can cause a ‘biological scar’, which can in turn impact gene expression and regulation of physiological systems.

Biomarkers, molecules associated specifically with a certain disease or change in a biological system, have already been putatively identified in some long-term conditions stemming from ACEs. These biomarkers include molecules related to inflammatory processes, such as C-reactive protein (CRP) and interleukins. However, CRP is raised in many situations, including infection and non-specific inflammation therefore it can be difficult to relate these directly to chronic inflammation caused by lifestyle disease.

There is emerging evidence that supports the impact of ACEs on development of disease later in life and a number of different pathways have been proposed that may explain the epidemiology and neurobiology of the adverse effects of stress and trauma caused by ACEs.

Professor Egger highlights that disruption of the immune system, observed as an increase in metaflammation, is an area that requires further research. He suggests that this metaflammation may develop early in life and be part of longer-term changes in the body which eventually lead to the development of other chronic diseases.

ACEs may also cause immune dysregulation though changes in health behaviours, either directly or indirectly, and these changes may have a further independent impact on metaflammation. Alongside this, the influence of MAL (meaningless, alienation, or loss of culture and identity) determinants can also impact chronic disease outcomes.

These body-wide changes can cause a ‘biological scar’, which can in turn impact gene expression and regulation of physiological systems.

The causal pathway behind the relationship between ACEs and chronic disease is a highly complex web of interlinking factors. Professor Egger suggests that further studies are needed to better understand ACEs as psychosocial determinants of chronic disease, and to determine where lifestyle medicine intervention should be targeted. He also points out that individuals will respond very differently to adverse experiences, as well as other confounding factors such as gender, genetics and possible interventions.

Benefits of lifestyle medicine
Professor Egger and his colleagues believe that lifestyle medicine should be seen as a bridge between clinical medicine and public health. They advocate a multifaceted approach to chronic, lifestyle related disease, including ACE-related disease. This should involve health promotion, social and cultural influence and legislation/regulation, but also requires a level of individual responsibility. For example, MAL can be treated with psychotherapy, cognitive behaviour changes and other techniques, but a wider cultural shift is also needed to fully address it. In the context of ACEs, intervention is needed at a public health level to prevent childhood abuse, but it also requires rehabilitation, such as cultural prescription, which is a form of social prescribing that brings together arts, community activities and volunteering to support health and wellbeing.

This is where lifestyle medicine may help, but in order to best target these interventions, further information about how ACEs, MAL and chronic inflammation interact to cause ill health may be required.

How can we take the next steps to understand more about the links between early life experiences and chronic ill health later in life?

<>
Typically, medical interventions for chronic disease (eg. diabetes, heart disease) consider the ‘here and now’ risk factors related to the problem. Lifestyle Medicine expands this to include lifetime experiences and early psychosocial influences on later problems. ACES are now recognised as key ‘distal’ determinants of later chronic disease. Unless this aetiology is inlcuded in diagnosis and treatment, other issues (eg. obesity) will be ineffectively managed. 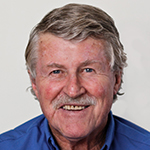 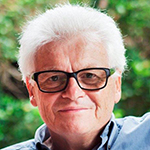 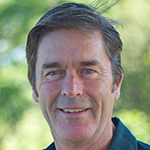 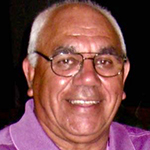