Health & Medicine
Understanding the molecular diversity within healthy or diseased tissues is crucial for the diagnosis and treatment of diseases and for gaining a better understanding of fundamental biological processes. Biological tissues contain thousands of different molecules, yet conventional staining looks at only a few at a time because it relies on a limited number of dyes. Prof George Church and Dr Richie Kohman from the Wyss Institute at Harvard Medical School have pioneered a number of techniques that use synthetic biology to image a multitude of molecular targets directly on unaltered biological samples. The study of biological tissues traditionally involves the use of staining techniques that rely on a limited number of dyes, only allowing the handling of a few molecules at any one time. This limits the diagnostic potential of traditional techniques and our understanding of how thousands of molecules interact within healthy and diseased tissues. Furthermore, traditional techniques of genome sequencing are able to provide information about the genes present; however, they involve protocols that cause the physical disruption of cells and tissues, meaning that crucial information about the location of each mRNA within the cell is lost.

In order to advance our knowledge and understanding of systems biology, the challenge will be to devise the use of complementing techniques that can blend the deciphering power of next-generation sequencing with the high-resolution potential of fluorescence microscopy. There is also a need for diagnostic techniques that can spot subtle changes to the chemical environment in specific regions within the cellular architecture in order to enable early diagnosis and prevent late-stage onset of a number of diseases.

Prof George Church and Dr Richie Kohman from the Wyss Institute laboratory at Harvard Medical School have pioneered and perfected a range of techniques, blending them into a unified approach that is capable of imaging a multitude of molecular targets simultaneously without affecting the cellular integrity of their samples. The result is a technique called Fluorescent in situ sequencing (FISSEQ). In situ is latin for ‘in place’, meaning that the detection technique works within the unaltered spatial environment of the cell.

FISSEQ will revolutionise the way in
which we understand biology.

Genes are expressed into proteins through the intervention of messenger RNAs (mRNAs) that are positioned strategically within the cellular compartments. Therefore, it is important to not only determine the sequence of mRNAs, but crucially also their position. The idea behind FISSEQ is simple. Each mRNA is enzymatically converted into a matching strand of DNA, which is then multiplied several times to create tiny balls of replica DNA, still attached to the original spot. Then, four fluorescent dyes, one for each DNA base, enable the detection of the DNA’s exact sequence through a series of flashing colours, all under a microscope.

Adapting FISSEQ for the study of proteomes
FISSEQ was first developed to locate thousands of messenger RNAs all at once within intact cells. The technique was then modified to also allow the detection of proteins by inserting unique DNA tags on them that can be detected by the sequencing method described above. This can be achieved by using oligonucleotide-conjugate antibodies that are bound to their target proteins. The conjugated nucleotide tags are then sequenced in unaltered samples through FISSEQ. The computer-designed oligonucleotide chosen as tags are synthesised and uniquely assigned to each antibody, acting as barcodes that can be detected in multiple imaging rounds. The team has shown that their barcoding technique worked in whole mouse brain slices. The technique is straightforward and will enable the simultaneous identification of numerous barcoded proteins. With only three rounds of sequencing, this approach would allow the identification of 64 targets in parallel. In comparison, using two traditional fluorescent colour dyes as hybridisation tags would only be able to detect 6 unique targets.

Through all of the variations of FISSEQ, users will someday be able to visualise hundreds or thousands of proteins simultaneously, giving important insight into their function within the cellular architecture. Interestingly, the technique allows researchers to spot subtle differences in the expression of proteins in otherwise seemingly healthy tissues. The technique could, for example, be employed to identify dangerous mutations that could lead to cancer early on or could offer insight into the progression of debilitating conditions such as Alzheimer’s Disease. The latest developments of the technique allow it to yield nanoscale resolution imaging of RNA expression in subcellular compartments. As an example, Prof Church and Dr Kohman demonstrated that they could obtain nanoscale resolution maps of RNAs throughout the spines and dendrites in neurons of the mouse hippocampus.

‘Writing in’ synthetic molecular signatures
FISSEQ will revolutionise the way in which we understand biology, but its potential is not limited to the investigation of natural tissues. The team at the Wyss Institute is also making efforts to use synthetic biology to engineer biological samples to contain specific molecular signatures, effectively ‘writing in’ genetic information into complex living systems.

Through all of the variations of FISSEQ, users will someday be able to visualise hundreds or thousands of proteins simultaneously within
the cellular architecture.

Tailoring the timing and location of these genetic signatures allows the study of processes that were previously challenging to investigate. For example, in mice, cells can be genetically modified in such a way that they keep a chemical record of their development, enabling scientists to track the complex series of division and differentiation events that allow a single fertilised cell, the zygote, to develop into a full organism. This can be achieved through a genetic manipulation strategy known as in vivo barcoding. In this technique, heritable random mutations are induced so that they can accumulate during development. Although in vivo barcoding was previously shown in cultured cells and in lower vertebrates, the scientists at the Wyss institute were the first to carry it out in mice, employing a model organism that is more relevant to human health in many aspects such as development.

Each cell within the genetically modified mice inherits unique mutations that are passed on to its daughter cells, where further unique mutations occur. The number of possible mutations increases exponentially at each cell division event, resulting in a wide variety of barcodes. The barcodes remain embedded in the genomes of the cells in the offspring and can be extracted by sequencing. Closely related cells have a more similar mutation outline, or barcode, than the more distant ones, allowing scientists to determine the correct lineage of developmental events.

New frontiers in the study of neural connections
A useful application of this is the ability of tagging brain cells in a way that makes their connectivity easier to interpret. Typically, researchers try to tag cells with different colours in order to tell them apart but only a few different colours are available. Prof Church and Dr Kohman reasoned that if colours were replaced by barcodes, every cell in the brain could be uniquely identified because the number of barcodes is virtually unlimited. First, the team has developed a powerful version of FISSEQ to sequence barcodes which can be placed in the mouse brain with engineered viruses. Next, they are working to better position the barcodes so that they reside where the cells connect. Prof Church and Dr Kohman believe that using this sequencing approach to establishing neural connections will overcome many of the bottlenecks with current technology which rely on aligning thousands of thin sections together. Additionally, this approach to study neural connectivity is compatible with all versions of FISSEQ; therefore, connectivity can be investigated while simultaneously visualising important proteins and RNA within the samples.

A revolution in our future understanding of life sciences
Prof Church and Dr Kohman of the Wyss Institute believe that the combination of approaches to write and read genetic sequences in complex mammals will be crucial for future breakthroughs in medicine and the biosciences. The ability to simultaneously detect hundreds or thousands of molecules in single cells within the native tissue organisation will advance research in life sciences, drug development, and clinical diagnostics, providing the next big step in genomic and proteomic profiling. The results obtained so far are encouraging and indicate that synthetic biology may lead to new ways to study and treat developmental, neurological or psychiatric disorders.

Do you plan to employ ‘in vivo’ barcoding to understand the mechanisms behind conditions such as autism, depression or epilepsy?

<> Yes, we have a great interest in gaining a better understanding of neurological and psychiatric disorders. Much is currently unknown about these conditions, making it challenging to come up with effective treatments and cures. For instance, all of these disorders are known to be associated with altered brain connectivity; however, it is difficult to understand what role this plays because there is currently no way to study how the brain is connected at both high resolution and over large distances. We believe that a combination of analysing in vivo barcodes in conjunction with key proteins and nucleic acids implicated in disease will ultimately lead to the best understanding of pathological dysfunction in the brain. 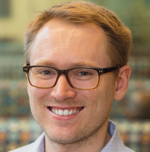 Richie Kohman is the Lead of the Synthetic Biology Platform at the Wyss Institute at Harvard University. He received his PhD in Organic Chemistry at the University of Illinois Urbana-Champaign and was a postdoctoral fellow in the Department of Biomedical Engineering at Boston University and an affiliate of the MIT Media Lab. 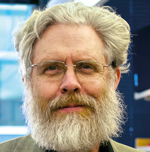 George Church is the Robert Winthrop Professor of Genetics at Harvard Medical School and Professor of Health Sciences and Technology at Harvard and MIT. He is a founding member of the Wyss Institute for Biologically Inspired Engineering and is known for his contributions to genome sequencing, synthetic biology, and genome engineering.