Health & Medicine
Dr Sofia Waissbluth from The Pontificia Universidad Católica de Chile is specialised in otolaryngology (conditions of the head and neck). She has reviewed clinical trials that use transtympanic injections to prevent hearing loss caused by the chemotherapeutic agent cisplatin. To date there is no ‘one-shot’ solution to protect or cure patients from hearing loss. However, combinational therapy using transtympanic injections of otoprotectant drugs alongside chemotherapy can be the way forward in minimising the ototoxic effects of cisplatin. What remains to be decided is the mode, timing, dose and method of administration of the otoprotectant drugs without them interfering with the curative capacities of cisplatin.

All around the world, researchers are dedicated to finding a cure for cancer. Millions of people die every year batting cancer, putting it at the top of the list of the most wanted ailments to be eradicated. Although substantial progress has been done in the field of medicine, there are still many challenges that need to be addressed in order to improve cancer therapy. Multiple types of cancer exist, varying in the way they behave and affect the patients’ health, thus making it extremely hard to develop a ‘one-shot’ solution.

Currently surgeries, radiotherapy, chemotherapy, bone marrow transplants, immunotherapy, hormone therapy, targeted therapy, radiofrequency ablation and cryoablation are some of the methods used in hospitals to treat patients. These provide ways to eradicate and prevent the spread of cancer; however, they all come hand-in-hand with unwanted side effects. These side effects are what researchers like Dr Waissbluth from The Pontificia Universidad Católica de Chile are working on, to minimise or remove completely from the treatment process. Here, we will focus our discussion on cisplatin, a chemotherapeutic agent that is highly effective, yet coupled with its own baggage of side effects. 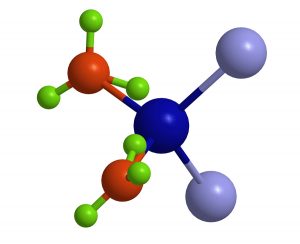 Cisplatin and ototoxicity
Chemotherapeutic agents, also referred to as antineoplastic agents or cytotoxic agents, are used for the treatment of various cancers. Using chemotherapeutic agents can act directly or indirectly in slowing down the rate of growth of malignant tumours. Amongst these agents we find cisplatin, a platinum-based agent widely used to treat solid tumours such as nasopharyngeal carcinoma (cancer occurring in the nose and pharynx), lung cancer, head and neck carcinomas, ovarian cancer, endometrial cancer and testicular cancer, in adults as well as children. Patients are administered controlled doses of cisplatin intravenously (through a vein) as an infusion. Cisplatin travels throughout the body, and via specific pathways makes its way into the tumour cell. Like a spy who’s infiltrated into an enemy HQ, cisplatin pushes the auto-destruct button of the cancerous cell. Once inside the tumour cell it binds itself to the cancerous cells’ genetic code (DNA) and unravels it. As for any living cell, DNA is required for the functioning and replication of cells; by damaging the DNA, cisplatin is destroying its growth machinery, forcing the cancer cell to initiate its own auto-destruction (a process known as apoptosis), hence slowing down cancerous growth.

Even though cisplatin is very effective at its job, it has its own toxic side effects. Studies have shown that up to 93% of patients receiving cisplatin chemotherapy will develop progressive and irreversible sensorineural hearing loss due to damage sustained to the cochlea situated in the inner ear, the auditory nerve and/or the vestibular system – this is also known as ototoxicity (toxic to the ear). The effects of cisplatin ototoxicity are irreversible and permanent; certain is the fact that it will decrease in the quality of life of a cancer survivor. Varying degrees of damage have been reported: some patients experience persistent ringing in the ear or dizziness, while others found it difficult to communicate because they cannot hear properly. Younger patients have experienced delay in language development alongside anxiety and social isolation, and others have said to experience hearing loss as a mild condition that later increases with time.

Like a spy who’s infiltrated into an enemy HQ, cisplatin pushes the auto-destruct button of the cancerous cell.

Numerous studies have shown that localised transporters and channels found in the cochlear cells (auditory hair cells), in particular, may be ushering the toxicity effects of the drug. Researchers have identified several channels as pathways that lead cisplatin to the ear’s healthy cells: copper transporters, organic cation transporters, the transient receptor potential channel family, calcium channels, multidrug resistance-associated proteins, mechanotransduction channels and chloride channels. In a nutshell, cisplatin is passively or actively transported via these channels to organs within the inner ear such as the organ of Corti, the spiral ganglion neurons (SGNs), the stria vascularis and the spiral ligament, where it induces a negative biochemical response in the healthy cells. Thus, similar to the mode of action used to kill cancer cells, cisplatin enters the healthy cells and induces apoptosis via oxidative stress and inflammation, which results in damage to the inner ear and, ultimately, hearing loss.

Aid from potential protective drugs
Patients battling cancer undergo strenuous hardships, making research focusing in minimising post-chemotherapy side effects even more valuable. As cisplatin is an effective treatment for cancer, researchers have focused on finding ways to counteract the associated hearing loss. Combination therapies, where a protective compound (otoprotectant) such as antioxidants, anti-inflammatories, and steroids are administered alongside cisplatin, aim at decreasing the probability of the patient suffering post-chemo hearing loss. When administering otoprotectants, the main challenge to circumvent is to ensure that these do not combine or interact with the cytotoxic agent, as this deactivates the cisplatin molecule’s cancer cell killing abilities, compromising the entire chemotherapeutic procedure. It would be like having a caffeinated drink alongside a sleeping pill: the effects would virtually cancel each other.

The otoprotectants act in a similar way to sunscreen. Cisplatin, like the sun, has its own set of curative properties coupled with side effects. Exposing oneself to the sun unprotected, over long periods of time (and high doses) causes the skin to sustain various degrees of burn. The timing, the amount and the frequency at which the sunscreen is applied minimises the effects the sun’s UV-radiation on the skin, ultimately protecting it from burning. Similarly, the otoprotectants will raise barriers to protect the ear from the side effects of cisplatin.

When administering otoprotectants, the main challenge is to ensure that these do not combine or interact with the cytotoxic agent, as this deactivates cisplatin’s cancer cell killing abilities.

One aspect that research has focused on is the method of administration and the dosing of the otoprotectant drug. Common ways to administer medication are by injecting directly into the blood stream (intravenously), into the lining of the abdominal cavity (intraperitoneal), under the skin (subcutaneous) or by mouth (oral). Each of these methods presents its own pros and cons; in order to circumvent the cons what researchers propose is simple yet effective: a transtympanic injection (inject directly into the ear). As the aim is to protect the ear, why not administer the otoprotectant directly into the site? This would reduce the risk of the otoprotectant coming into contact with cisplatin and speed up the time in which the protective barriers can be raised to guard the ear cells.

Transtympanic injections
Transtympanic injections involve the use of a long thin needle to inject the otoprotectant through the ear drum and middle ear (also known as intratympanic). From there, it trickles into the inner ear, the area most damaged by cisplatin. This is not a new method per se, as it is a commonly used procedure in ENT (ear-nose-throat); however, its adaptation to counteract the effects of cisplatin is. While the injection is not a pleasant experience for the patient, a temporary discomfort is nothing compared to long-lasting cisplatin hearing loss.

The question to ask is: does the dose and modality of administering the otoprotectant affect the effectiveness of it? A simple answer is ‘Yes’. Studies have shown that the dose, timing and administration mode play an important role when administering these protective compounds. Keeping in mind that the main goal is to reduce the chance of these interacting with cisplatin, various clinical trials have been conducted to find the right combination. A summary of these findings was presented by Dr Waissbluth. In her review, she is focusing on six clinical trials involving sodium thiosulfate, N-acetylcysteine (antioxidants) and dexamethasone (steroid). Key facts to focus on are the methods of administration: systemic and local, the time delays of administering the drugs after having administered cisplatin, the otoprotectant concentrations and the number of transtympanic injections required. The collection of data does in fact demonstrate that the transtympanic approach is a potentially winning strategy; however, there is no consensus on the best otoprotectant to be used, its dosage, and the number of injections. The studies reported varying parameters, which made it hard to pinpoint a defined strategy. As in the case of many treatments, there are still side effects of using this method, such as pain and discomfort during the procedure, nausea, and dizziness, although these are rare events.

In conclusion, the use of chemotherapeutic drugs does indeed aid patients in battling cancer, but the side effect that the best candidates such as cisplatin bring alongside their curative properties needs to be addressed. Further investigations are essential in order to find a best practice that will decrease the number of patients suffering from hearing loss following platinum-based chemotherapy treatment. Otoprotectant compounds do in fact provide a viable solution, and their use in the future based on the literature looks promising. Still, consensus is needed in the timing, mode and dose of administration to pinpoint the best medical procedure for the future. 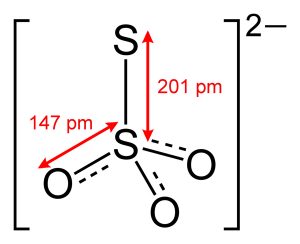 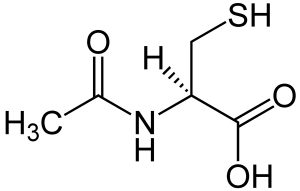 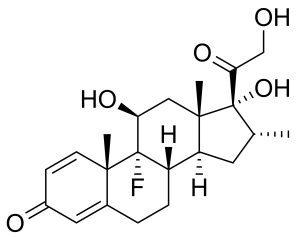 How long do you think it will take for researchers to find the ‘ideal’ methodology to administer otoprotectant drugs?

<> This is a difficult question. A transtympanic approach seems the best option at the moment as ENTs have experience with this procedure and it is usually very well tolerated by patients, with minimal side effects. Also, it is believed that we can reach greater concentrations of otoprotectants in the inner ear by injecting directly into the ear.

Can targeted delivery systems be used in conjunction with transtympanic injections?

Yes, there are now studies using nanoparticles. They are microscopic, and can be filled with otoprotectants. They can be designed to go into a specific type of cells and deliver the content. It sounds futuristic, but researchers are working on these types of particles as we speak. We could use these with a transtympanic injection once they are deemed safe for use in humans.

Dr Waissbluth received her medical degree from the University of Chile. She then obtained a PhD in experimental surgery at McGill University, Canada, in the area of cisplatin-induced ototoxicity. Following her doctoral degree, Dr Waissbluth completed her residency in Otolaryngology at the Pontificia Universidad Católica de Chile.