Health & Medicine
Although the mind-body dualism has dominated Western medicine for centuries, contemporary cancer research is making room for more holistic approaches to understanding carcinogenesis. Dr Marco Balenci, psychoanalyst and member of the American Psychological Association, looks at cancer as a systemic rather than local disease. His recent article places the work of Elida Evans in the history of American medical-psychological thought and, at the same time, presents an updated picture of cancer research from a holistic standpoint.

Increasing understanding of the mind-body connection is starting to shift traditional approaches to health and disease – that is, the mind-body dualism which dominated Western medicine for several centuries. In particular, cancer, conventionally considered the most organic disease, is being looked at through the lens of holistic medicine, dedicated to the whole patient – body and mind. It is a poorly known fact that Carl Gustav Jung’s theory has influenced psycho-oncology, a field which examines the role of a cancer patient’s emotions and experiences in the physiological mechanisms associated with cancer.

Jungian theory
Jung, a Swiss psychiatrist, was one of the first psychoanalysts. His contribution to the understanding of medical and biological aspects of the human being has been substantial even though his work in this area is not well known, even among Jungian practitioners. In fact, Jung, best known for a philosophical orientation of depth psychology, held a monistic view, providing seminal arguments for the mind-body problem. Indeed, carcinogenesis (the formation of cancer) is currently attributed to interactions between biological, psychological and sociological risk factors in a way that does not fit dualism.

Jung’s theory has served as a foundation to the first work on cancer in the field of modern holistic medicine, A psychological study of cancer, published in 1926 by Elida Evans. In it, Evans interpreted the psychology of cancer patients in the light of Jung’s Psychological types, published in 1921. At the time, Evans, aware she was going against the stance commonly accepted in the medical profession, collected “the emotional history of the individual”, examining the clinical and biographical history of each patient.

Recognising that cancer is mainly a disease of the second part of life, Evans connected carcinogenesis to a failed process of individuation. Evans highlighted the potentially destructive aspects of the collective unconscious, a genetically inherited entity, affecting human physiology and ideas. Carcinogenesis is described as a regressive energy process following a traumatic event of loss, after a life of relinquishing personal creativity to sustain relationships. Over time, this process resulted in withdrawal and psychobiological collapse, which triggered an unconscious suicidal process.

Although cancer has been seen as an entirely organic condition in modern times, recent research supports the hypothesis that cancer might be affected by emotional factors.

In 1953, even the American Psychosomatic Society was reluctant to include psychological processes in cancer, despite the position taken by its president, George Engel. This resistance notwithstanding, researchers interested in holistic medicine in Germany around the same time, spoke of “cancer psyche”, a concept whereby cancer was a disease of the whole organism. This kind of theory laid the groundwork for the since-expanding field, aiming to understand the mind-body interaction in the development of disease.

Psychoneuroimmunology and cancer
The biopsychosocial model of medicine emerged in the 1950s in the United States, acknowledging the narrowness of the biomedical model and announcing openness to incorporating psychological, social, and environmental factors to the examination of illness.

This framework saw the psychobiological unity of man and proposed that all diseases are conditioned by psychosocial factors, including cancer. At the time, George Engel and his team could anticipate cancer in women who met the criteria for hopelessness-prone personality, whereby hopelessness was seen as the process that activated disease. Due to its non-specificity, this approach didn’t take hold until 1975 when it re-emerged as psychoneuroimmunology.

This discipline examines the interaction between the nervous, endocrine, and immune systems, providing evidence of continuous information exchange between the chemicals involved in these systems. For example, a large body of research has documented the presence of neuropeptides and their receptors throughout the body, suggesting a whole-body, physiological basis of emotions. Moreover, studies from this discipline have shown that psychology and behaviour can impact functioning of the immune system, contributing to cancer incidence or progression through alterations of immune cell activity or DNA repair.

Psychoanalytical and behavioural research on cancer
From the 1950s, the notion of cancer as a “form of passive suicide” was supported by New York clinical psychologist Lawrence LeShan who argued that cancer patients had a “weak will to live,” symptomatic of excess adaptation, whereby future cancer patients were more concerned with the opinions of others than the needs of their own self. Consequently, they lived other-directed lives and presented a lack of individuation. Moreover, LeShan found that cancer patients had experienced the serious loss of a situation or a relationship. Hence, his ideas show that LeShan is a follower of Elida Evans, whose work he had studied since 1959 confirming most of her observations.

Shortly thereafter, oncology and psychology separated entirely, putting aside interest in inner experience and psychoanalysis, until the 1970s when behavioural medicine found that certain behavioural features might be more prone to cancer than others. Type C, characterised by behaviour that is appeasing, cooperative, self-sacrificing, unassertive, and free of negative feelings has been identified as cancer prone. According to Steven Greer and Lydia Temoshok, however, this behaviour was not a determinant of cancer, but an important risk factor for it. This finding has received some supporting evidence in biophysiological research, showing that non-expression of emotions, which is the toxic core of Type C, is associated with a reduction in the number of lymphocytes and faster cell multiplication at the tumour site. Other studies have shown that this style of coping is associated with less favourable survival outcomes among cancer patients.

A holistic approach to medicine looks at a patient as an entire human being rather than a set of organs independently considered for the insurgence of a disease.

Social risk factors for cancer
An interpersonal dimension has been introduced to modern cancer research. The social vision of cancer proposes it as a “symptom of losing existential encounter” between a person and the world, which has been considered symptomatic of progressing industrialisation. In this context, cancer is seen as going “together with mass society”, raising criticism of contemporary lifestyles, particularly in the West. Psychologists have described contemporary functioning as a form of extreme adaptation, involving depriving the original self to eliminate anxiety, thereby increasing the risk of disease. This concept is comparable to the Jungian pseudoego, characterised by overadaptation to the outside world, whose role in development of cancer came to the attention of Evans back in the 1920s.

Environmental and ecological frameworks
Cancer is more common in industrial societies than in others. Risk factors commonly associated with cancer are also typically associated with industrialisation, such as smoking, unhealthy diet, lack of physical activity, obesity, red meat intake, and certain infections. In particular, the Western diet, including processed foods, high intake of red meat, dairy, salt and sugar has been associated with increased risk of cancer across countries, almost eliminating the impact of genetics. Related studies have recently shown that cancer is indeed determined by many factors, which need “a more holistic focus on the determinants of resilience to external and endogenous challenge”. This new approach considers the individual way of life and no longer the identification of specific dietary factors.

An ecological approach to medicine proposes that humans continually strive to adapt to their environment in terms of their chemistry, biology, and psychology. As such, environmental factors can determine human body and mind functioning, beyond known risk factors. Support for the ecological approach to understanding cancer aetiology can be found in several streams of contemporary research. For example, some studies have indicated that cancer is associated with an underactive immune system. Moreover, a mutation theory of cancer has proposed that environmental carcinogens or viruses, alongside errors in DNA replication and repair, which increase over time, might lead to the immune system deficiency associated with cancer.

Meanwhile, studies have shown that early childhood relationships and attachment styles might determine disease vulnerability in adulthood, specifically, modulating the functioning of the immune system.

Stress as a mediating factor
Although cancer has traditionally been seen as an entirely organic condition, recent research supports the hypothesis dating back to the early 20th century that cancer, too, might be affected by emotions. While stress has been a much-debated factor in cancer research, broader evidence suggests that stress alone does not result in cancer. Nevertheless, stress does play a role in disease development by increasing an individual’s vulnerability to infection, allergies, autoimmune conditions, and cardiovascular diseases, but there is not a direct link between stress and cancer.

A holistic approach
A holistic approach to medicine looks at a patient as an entire human being – body and mind – rather than a set of physical parts, organs and systems considered as independent of each other. Organisms are open and active systems that organise, self-regulate, and self-differentiate. In people, this flux of information is conditioned upon the meaning we attribute to physiological and psychological experiences. These experiences, in turn, depend on the interaction between the cognitive and immunological systems in a single integrated system with a cybernetic organisation.

Despite a growing body of evidence, today we can state that cancer has multifactorial origins but the interactive effects of biological, sociological, and psychological risk factors remain unclear. Future research needs to examine the human body and mind, and their interaction with the environment. Given the complexity of the human organism, multidisciplinary research is required to bring these perspectives together for a more comprehensive understanding of the mechanisms of cancer. Consequently, not only prevention projects, but also therapeutic guidelines adding psychosocial support to the usual cancer treatments are necessary. A final proposal is, therefore, to provide an extensive cooperation between holistic and reductionist cancer research to realise better prevention and therapy.

In your opinion, what is the biggest obstacle to holistic medicine and psycho-oncology becoming part of a mainstream approach to cancer?

A holistic approach to cancer: The unseen influence of the unconscious mind was last modified: April 16th, 2020 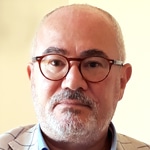 Marco Balenci, PhD, is a psychoanalyst, a member of the American Psychological Association, Associazione Italiana di Psicologia Analitica and International Association for Analytical Psychology. He worked at Sapienza University of Rome, co-edited five academic books, and published articles on health psychology and analytic concepts. He has a private practice in Florence.

Dr Balenci examines cancer holistically with an emphasis on looking at it as a systemic rather than local disease. He stresses the pioneering work of the Jungian analyst Elida Evans on cancer (1926).