Biology
Antibiotics treatment is one of the main factors of risk for developing Clostridium difficile
(C. diff) infection, a condition responsible for nearly 500,000 infections and 30,000 deaths each year in the U.S. alone. Dr Joseph Shiloach, Dr Ashish Sharma and their collaborators at the Biotechnology Core Laboratory of the National Institute of Diabetes and Digestive and Kidney Diseases (NIDDK) optimised the bioprocessing conditions for overexpression of potential vaccine candidate rARU based on C. diff toxin A fragment by expressing it in E. coli at restricted dissolved oxygen concentrations.


Clostridium difficile (C. diff) has become a common pathogen that is responsible for healthcare-associated infections in U.S. hospitals, causing life-threatening diarrhoea and colitis – an inflammation of the colon. In the USA alone, C. diff is responsible for nearly 500,000 infections and 30,000 deaths each year. According to the U.S. Centres for Disease Control and Prevention, patients are 7 to 10 times more likely to get C. diff while on antibiotics or soon after. Treatment with antibiotics is commonly accompanied by gastrointestinal complications, particularly among the elderly. The duration of antibiotic treatment is one of the main factors of risk for developing C. diff infection. That is because antibiotics that fight bacterial infections by killing pathogens can also harm the beneficial bacteria in the gut flora. Antibiotic-resistant C. diff, facing little to no competition from the gut flora, can then thrive as a result and multiply uncontrollably, causing the life-threatening symptoms.

Traditional treatments for C. diff infection include the use of metronidazole or vancomycin, strong antibiotics that are limited by their broad spectrum and further perturbation of the intestinal flora, which results in an unacceptably high recurrence rate. Emerging immunological therapies, including monoclonal antibodies and vaccines against C. diff, might protect against infection. Currently there is no FDA approved vaccine, but two potential vaccine candidates from two major pharmaceutical companies are in clinical trials Phase II. The production of two potent protein toxins by C. diff is responsible for the intestinal damage of the disease. The toxins, termed A and B, are the largest known bacterial toxins. These potential vaccines contain fragments of repeated amino acid sequences located at the C-terminal region of C. diff toxin A, known as repeating units (rARU). The potential of rARU as a candidate vaccine was shown in animal models where antibodies to the rARU showed immunity to C. diff infection and neutralised the enterotoxic and cytotoxic activity of the toxin.

Dr Joseph Shiloach, Dr Ashish Sharma and their collaborators at the Biotechnology Core Laboratory of the National Institute of Diabetes and Digestive and Kidney Diseases (NIDDK), a branch of the National Institutes of Health (NIH), USA, specialise in pilot-scale production of biological compounds from various sources to advance research in fields such as vaccine and drug development. Drawing on their expertise, the research team developed a method that significantly improved the difficult rARU expression.

The expression levels of rARU in
E. coli can be substantially increased in the presence of a restricted supply of dissolved oxygen.

Improving the bioprocessing of clostridial vaccine targets
As is being done with other recombinant proteins, the production of rARU can be achieved by artificially manipulating a gene, so that its sequence can be copied in high numbers and over-expressed within a host cell. One of the most used expression hosts for production of recombinant proteins is the versatile and easily manipulated prokaryote Escherichia coli (E. coli). However, the yield of recombinant Clostridial proteins produced in E. coli is rather poor under standard bioprocess conditions.

Dr Shiloach and Dr Sharma’s team has optimised the culture conditions and reported in a paper published in 2020 that the expression levels of rARU in E. coli can be substantially increased in the presence of a restricted supply of dissolved oxygen (DO). When these conditions were applied, the expression levels of rARU were up to 27-fold higher than when traditional culture growth conditions were implemented. In their study, Dr Shiloach, Dr Sharma and their collaborators argue that a possible reason for this special phenomenon is the presence of cell wall binding repeats motifs that might favour transcription at restricted DO, causing an increase in the expression of this specific gene.

Ankyrin-like proteins in the host influence rARU expression
Dr Shiloach, Dr Sharma and their team showed that the cell wall binding motifs in the rARU protein sequence could potentially interact with the host cellular proteins. Among these proteins are some that act as repressors of transcription. In particular, the interaction of rARU with a transcriptional repressor known as ulaR can influence the biosynthesis of NADH and pentose sugars by affecting the L-ascorbate uptake.

The study also showed that some cellular peptides in the microbial host act as ‘ankyrin-like proteins’, which could potentially bind to the rARU protein. The ankyrin repeat is a common protein motif in eukaryotes. The motif consists of 33 amino acids and the name ankyrin, which originates from the Greek word for ‘anchor’, gives away the structural significance of this important amino acid sequence. Ankyrin-containing proteins were discovered in mammalian cells and it became apparent that they were involved in cell signalling and regulation, and in stabilising the structural integrity of the plasma membrane. The authors found that the expression of the E. coli ankyrin proteins (yahD and ArpA) was higher at restricted dissolved oxygen than at unrestricted dissolved oxygen, and that the higher ankyrin expression was associated with higher rARU expression (27-fold). The results determine that the higher rARU expression is linked to interaction of the cell wall binding motifs in rARU with the ankyrin repeat containing proteins; however, the specific mechanism needs to be investigated.

An additional transcriptional regulator that may have a possible role at different DO conditions is the RNA chaperone molecule known as hfq. This molecule binds to small RNA sequences and is involved in the stabilisation of mRNA. In the study, hfq was up-regulated 1.34-fold at restricted DO, thereby potentially enhancing the levels of rARU expression.

The enzyme RNA polymerase and key metabolites in the host are downregulated in the presence of unrestricted oxygen.

Concluding remarks
The team of researchers led by Dr Shiloach and Dr Sharma optimised the bioprocessing conditions for overexpression of potential vaccine candidate rARU against infection of Clostridium difficile, a bacterial pathogen responsible for life-threatening diarrhoea and pseudomembranous colitis.

Recombinant rARU, a partial fragment of Toxin A from the anaerobic bacterium C. diff was expressed efficiently in E. coli only when the bacteria were grown at restricted DO concentrations. Therefore, an optimised expression was established by supplying the growing culture with an aeration system that generated restricted DO conditions.

While large bioreactors consume vast amounts of oxygen to maintain the standard 30% dissolved oxygen concentration required for the expression of most recombinant proteins, the restricted dissolved oxygen method requires the least amount of oxygen and improves rARU transcription by 5-fold and produces 27-fold higher amount of rARU.

This research suggests that the restricted dissolved oxygen strategy combined with genetic engineering targeted at transcriptional repressors and ‘ankyrin-like’ proteins could pave the way for the scaled-up production of C. diff toxin A, which was shown to elicit protective immunity against C. diff and is under consideration as a possible vaccine against this pathogen. It is also relevant to the expression of recombinant proteins from anaerobic origin or those with cell wall binding profiles.

Do you plan to use the restricted DO method to produce other therapeutics in the future?

<> We speculate that the observed phenomenon is associated with the anaerobic origin nature of the difficile toxin A. This inspired us to apply the restricted DO method for production of other recombinant proteins of anaerobic origin with cell wall binding motifs. As of today, there are 15 proteins which were identified to have the same cell wall binding motifs. We are planning to investigate the impact of this method on the expression of selected proteins. 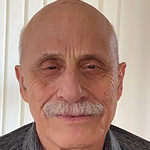 Dr Joseph Shiloach is the head of the Biotechnology core Laboratory at the NIDDK/NIH. He has more than 40 years’ experience in production, recovery, and purification of various biologics from different biological sources such as bacteria, mammalian cells, fungus and viruses. His expertise involves both research and process development. 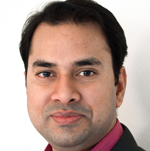 Dr Ashish Sharma is a visiting fellow at the Biotechnology core laboratory of NIDDK, NIH. He holds a MSc, MTech and PhD in industrial biotechnology. His expertise is in biologics production and recovery, gene editing and NGS analysis. Current research projects are focused on process development, genomics and proteomics.

Dr Shiloach and Dr Sharma study the production of candidate vaccine against Clostridium difficile, a bacterial pathogen responsible for diarrhoea and pseudomembranous colitis.