Health & Medicine
Lung cancer, just like other types of cancer, is mostly treatable when diagnosed in the earliest stages. Treatments mainly include chemotherapy and surgeries such as sublobar resection and lobectomy. The thoracic surgical team led by Dr Calvin Ng at Prince of Wales Hospital, The Chinese University of Hong Kong, have successfully applied a novel approach to lung cancer treatment. They have used non-invasive bronchoscopic microwave ablation (BMA) in the treatment of lung cancer and shown it to be safe and effective. It could serve as a foundation for future treatment of lung cancer in patients across the globe.

Conventional treatment options
Treating cancer has always been a challenging task for clinicians around the world. Researchers and clinicians have explored several treatment options to treat cancer in patients successfully, and there has been significant progress in this area over the last decade. Treatment mainly includes a combination of surgeries with chemotherapy and targeted drug therapy. Surgeries such as resection (a process in which a part of or some tissue from an organ is cut out) and lobectomy (surgical removal of a lobe of an organ like the lung) are commonly used in treating lung cancer. The treatment options for NSCLC are mostly determined by the disease’s stage, though consideration of other criteria such as the patient’s health and lung function, along with the characteristics of the specific cancer, are also essential when undergoing treatment. 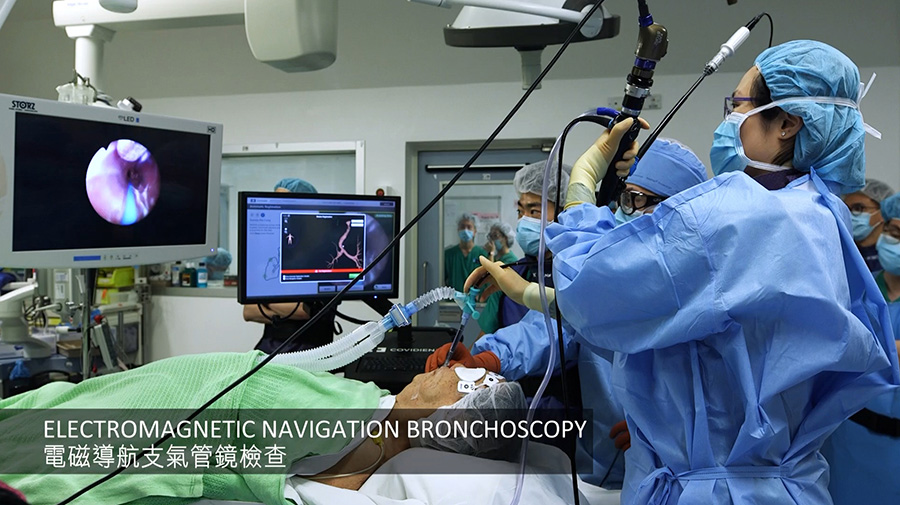 New emerging alternatives
Surgery is the standard treatment for early-stage NSCLC. However, many patients are judged inoperable due to comorbidities or suboptimal lung function, and require alternative therapies. Several catheter-based therapies that are minimally invasive are emerging as viable options. Dr Calvin Ng and his thoracic surgical team from the Prince of Wales Hospital, The Chinese University of Hong Kong, have reviewed and evaluated the outcome of radiofrequency ablation (RFA), microwave ablation (MWA), cryoablation (CRA) and photodynamic therapy for early-stage lung cancer. Ablation is the removal or destruction of a body part or tissue or its function, usually achieved by less invasive techniques. The aim of all ablation techniques is to establish a zone of tissue necrosis (death of tissue due to damage or injury) that includes the cancer as well as a small margin of normal organ tissue around it, to reduce chance of cancer recurrence.

There was no blood loss during the procedure, and over 80% of patients report no post-procedural pain.

Depending on the location and size of the lesion, RFA is frequently performed guided by imaging from computed tomography (CT) or ultrasound. In this technique, electromagnetic energy is used to introduce the thermal effect to a tumour (abnormal growth of tissue in the lungs). Studies have shown this method to be capable of treating small to moderate-sized tumours. The surrounding normal tissues around the tumour might get damaged during RFA therapy; due to this, the application of RFA in specific targeted areas is limited. The cryoablation technique utilises cold temperatures to treat cancer. Temperatures as low as -150°C are used to develop ice crystals both inside and outside of the cells. It leads to disruption in the cellular processes that eventually results in tissue damage. Just like RFA, cryoablation can only treat small tumors and is limited when it comes to treating targeted areas. However, the resistance of collagenous tissues to freezing conditions reduces the chances of damage to surrounding cells of critical structures. 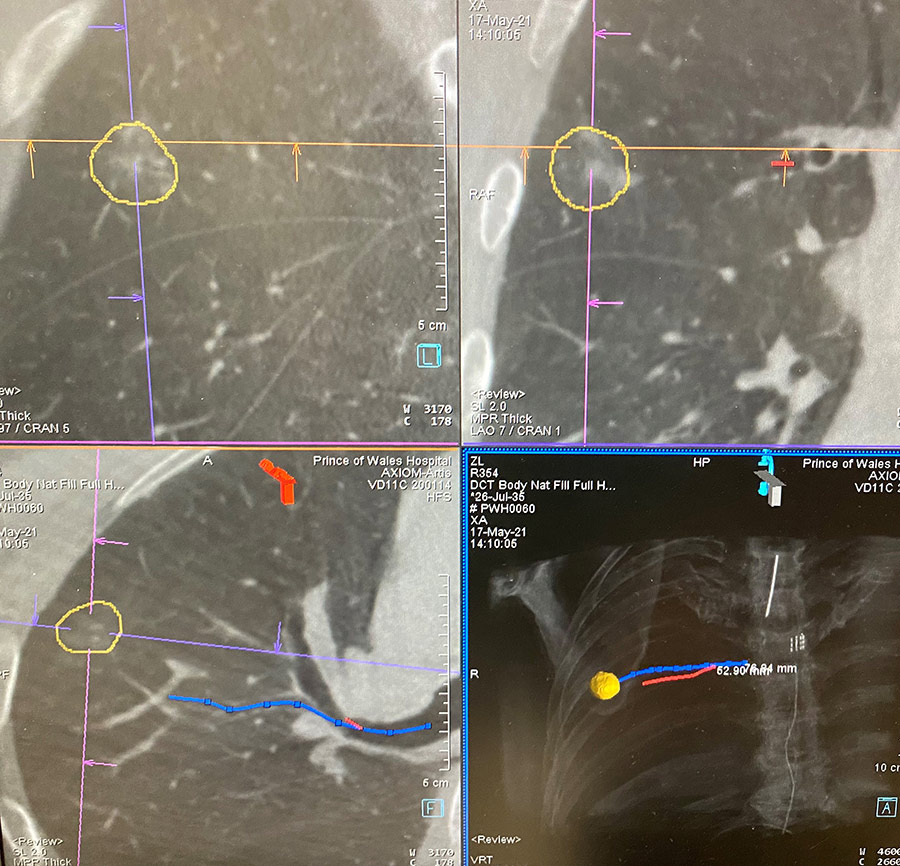 The application of microwave ablation has gained momentum since the mid-2000s. MWA directly heats tissues to temperatures above 150°C, which is fatal to the cancer. Due to broader deposition of energy, this method can create a much larger zone of active heating. MWA is not dependent on electrical conductance and, as a result, it produces faster, larger, and more predictable ablation zones.

Bronchoscopy is a technique for visualising the internal section of the airways for diagnostic and therapeutic purposes. Compared to the regularly used percutaneous (through the skin) method, it has fewer pleural-based complications (affecting the layer of tissue covering the lungs). In bronchoscopic ablation, there is also a lack of pleural puncture and a lower risk of needle tract cancer seeding. The ability to reach some areas of the lungs that would otherwise be impossible or risky to access by percutaneous means is a significant advantage of the bronchoscopy ablation approach. These locations include those near the diaphragm, the apex of the lung, and those sheltered by the scapula.

Dr Calvin Ng’s thoracic surgical team has become the world’s most experienced team in non-invasive bronchoscopic microwave ablation (BMA) in a hybrid operating room for lung cancer therapy. They have successfully applied and demonstrated this technique in the treatment of lung cancer. In March 2019, they executed the first BMA case in the Asia-Pacific region. The team has successfully completed 74 BMA cases as of June 28, 2021. There was no blood loss during the procedure, and over 80% of patients report no post-procedural pain. The majority of BMA ablation patients were discharged the next day, which is substantially faster than conventional minimal invasive surgery, which requires three to five days of hospital stay.

BMA is performed in a hybrid operating room with cutting-edge CT (computed tomography) scan and imaging equipment. Using electromagnetic navigation bronchoscopy (ENB), an advanced form of bronchoscopy with GPS-like features, surgeons accurately place an antenna for ablation into the lung cancer and use the produced microwave energy to eliminate the malignant tissue thermally. Patients with significant surgical risks or those who have declined surgery and radiotherapy can benefit from this unique lung cancer treatment.

Patients with significant surgical risks or those who have declined surgery and radiotherapy can benefit from this unique lung cancer treatment.

Dr Calvin and his team’s investigations
Multiple lung metastases were discovered in a patient with a history of hepatocellular cancer (cancer involving liver cells). BMA and surgical resections were combined into a single operation session in the hybrid theatre. With proper margins surrounding the cancer achieved, all lung metastases were successfully treated. In the hybrid theatre, BMA guided by electromagnetic navigation offers a new contribution to the operational therapy of numerous pulmonary tumours. It is a one-of-a-kind treatment option for individuals with multilobar, subcentimeter metastases with concerns relating to lung function.

Dr Calvin Ng and his team also treated a total of 30 lung nodules from 25 patients. A 100% technical success rate was observed, with certain nodules requiring same-session dual ablation. The current findings are encouraging and justify research into applying the BMA technique to treat lung cancer. This retrospective investigation proved the safety and feasibility of bronchoscopic transbronchial microwave ablation in the treatment of lung nodules. It is also necessary to look at the key factors that influence the size of the ablation zone, such as lung densitometry and water-content measurements. Long-term outcomes, such as local control and survival rates, are also important to monitor. Transbronchial lung cancer ablation will likely become an important resource in an exciting era of personalised cancer treatment when combined with simultaneous intratumoral chemotherapy or other forms of transbronchial endoluminal surgery.

Looking ahead
BMA is a safe, practical, and beneficial treatment option in select patient groups. This innovative approach can be applicable in treating early-stage lung cancer and lung metastases in the future. When combined with an ENB biopsy and intra-operative pathological examination, bronchoscopic microwave ablation in the hybrid theatre can provide a one-stop diagnosis and therapy for suspicious lung nodules. Although the long-term recurrence-free survival of BMA is still undergoing research, it represents a promising lung-conserving option when compared with surgical resection in the treatment of numerous lung metastases, especially when lung preservation is desirable. Further research will provide more insight into the application of BMA to treat lung cancer and this could prove to be a blessing for countless patients suffering from lung cancer.

What is your opinion on the application of the BMA technique to treat small-cell lung cancer (SCLC)?

<>
The BMA technique is a form of local therapy in the treatment of lung tumours. The use of local therapy for managing SCLC is more controversial than for NSCLC. For very early-stage SCLC, surgery in the form of lobectomy can be considered, while chemotherapy would be the main treatment for more advanced stages. There may be a role for BMA in combination with chemotherapy in achieving better local control given the low complication rate and rapid recovery associated with BMA procedure. The potential benefits of including BMA in the treatment algorithm for SCLC will require confirmation in future clinical trials. 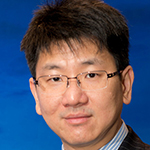 Dr Ng is Professor in Thoracic Surgery and Honorary Consultant Surgeon at Prince of Wales Hospital, The Chinese University of Hong Kong. He is a pioneer in hybrid operating room image-guided surgery and his renowned team has accumulated the world’s largest experience of non-invasive transbronchial microwave ablation for treatment of lung cancer.