Nicotinamide adenine dinucleotide (NAD+) is a co-enzyme involved in fundamental metabolic roles. Its levels decrease with aging, causing the development of age-related pathologies. NAD+ levels can be replenished by the intake of nicotinamide riboside (NR), a vitamin B3 analogue, which is naturally converted to NAD+. Regular use of NR supplementation is associated with improved outcomes in several cardiovascular, neurodegenerative, and metabolic disorders. In addition, it could be beneficial as a regulator of the inflammatory response observed in COVID-19 infection. Future demand might cause scaling-up problems for manufacturers; Biosynth Carbosynth® have therefore developed improved manufacturing routes to solve this problem.

Nicotinamide riboside (NR) is a natural compound that is present in almost all living organisms, from yeast to bacteria to mammals. Its chemical structure consists of a ribose sugar molecule attached to a nicotinamide nitrogenous base. Through the action of enzymes, NR is naturally converted to nicotinamide adenine dinucleotide (NAD+) and niacin (vitamin B3). NR can be added to growth media to increase the intracellular levels of NAD+ in yeast.

NAD+ has a key role as a co-enzyme in the fundamental metabolic processes of glycolysis, the citric acid cycle (also known as the Krebs cycle), and mitochondrial respiration. NAD+ cannot be administered orally due to its poor bioavailability. However, NAD+ can be synthesised starting from different metabolic precursors, including NR. The conversion of NR to NAD+ has been recently elucidated. The intracellular uptake occurs by the action the nicotinamide riboside transporter (Nrt). Nrt has been identified in bacteria and yeast (Haemophilus influenzae, Saccharomyces cerevisiae) but not in mammals. However, stable NR derivatives have been found to be transported into mammalian cells, suggesting the existence of a mammalian NR transporter. Once NR is within the cells, it undergoes a series of enzymatically assisted modifications, eventually yielding NAD+. 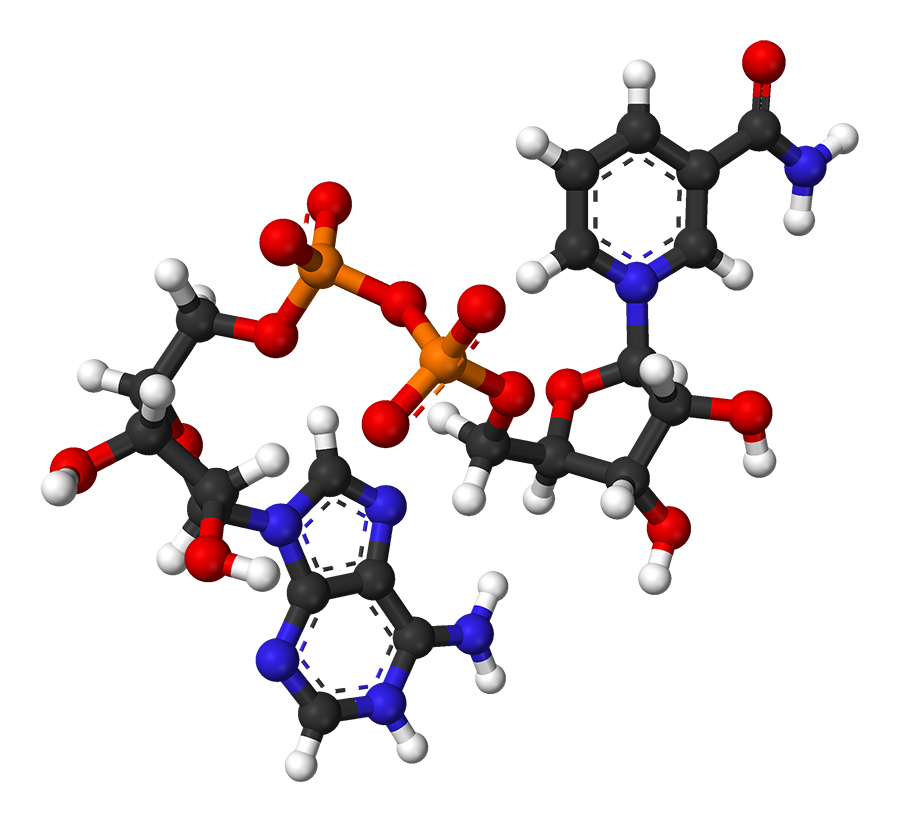 The levels of NAD+ decrease with age and, unsurprisingly, this decline correlates with the development of age-related pathologies and mitochondrial dysfunctions. The systemic NAD+ decrease is caused by both lowered rates of biosynthesis and increased use of the co-enzyme by the body. A large body of evidence from animal and human studies has highlighted that regular use of NR is associated with improved outcomes in the treatment of several cardiovascular, neurodegenerative, and metabolic disorders, prompting some researchers to call for a rapid translation of NR to therapeutic uses.

Regular use of NR is associated with improved outcomes in the treatment of a number of cardiovascular, neurodegenerative, and metabolic disorders.

It is estimated that demand of NR for research and human consumption might increase in the future. This might cause scaling-up problems for manufacturers, as NR is usually produced as a rather expensive and unstable amorphous solid derivative. Biosynth Carbosynth®, a global company specialised in carbohydrates and nucleotides and nucleosides, have developed improved manufacturing routes towards stable crystalline forms of NR and are able to supply different salt forms of the product on a large scale.

The structure and stability of different crystalline NR products
Crystalline forms of nicotinamide ribose chloride were described to have greater purity and more advantageous properties when compared to amorphous (or shapeless) forms. The crystalline chloride salts of NR are obtained from the amorphous chloride salt by recrystallisation in a polar solvent such as methanol. The researchers at Biosynth Carbosynth®, in collaboration with the University of Zurich, produced for the first time the X-ray structure of nicotinamide riboside. Five NR derivatives in their native, thioamide and triacetyl structure could be crystallised in the form of their chloride and bromide salts.

The production of NR chloride on the industrial scale is associated with relatively high costs due its complex synthesis, low yields, and the requirement of hazardous and expensive materials. The synthesis of the bromide salt on the other hand is easier and affords higher production yields. NR chloride could be produced from the bromide salt through an additional ion-exchange step; however, with the current technologies this would not be ideal for large-scale synthesis. Further research leading to a scalable and efficient synthetic procedure of NR chloride would achieve a very significant market volume, with clear nutritional and health benefits for the wider population.

To overcome the challenges presented by producing NR chloride in sufficient yield to meet demand, Biosynth Carbosynth® have licensed a patent and published a paper in 2021, reporting the novel crystalline NR hydrogen tartrate and hydrogen malate salts. Their high-yielding, economical manufacture does not require complex equipment and is suitable for very large-scale production. These new NR salts are safe and well suited for nutritional applications due to their bioequivalence compared to the FDA-approved NR chloride.

Therapeutic benefits of nicotinamide riboside supplementation
NAD+ is fundamental in cellular oxidation reduction reactions, including most metabolic reactions, such as glycolysis, fatty acid -oxidation, tricarboxylic acid cycle, synthesis of fatty acids and cholesterol, just to name a few. As a result of the aging process, the content of NAD+ naturally declines in multiple tissues. This might be caused by the activity of NAD+-depleting enzymes, which are mostly induced by aging-associated stress factors, such as DNA damage, oxidative stress, and inflammation.

Nicotinamide riboside (NR) is one of the viable natural precursors for the biosynthesis of NAD+ via two alternative pathways involving the purine nucleoside phosphorylase or the nicotinamide riboside kinase enzymes. Constant dietary supplementation of nicotinamide riboside has been shown to increase the NAD+ levels in middle aged to elderly people. In 2016 NR received the GRAS (Generally Recognized As Safe) status from the FDA. NR also demonstrated the potential to slow aging processes in mice models. 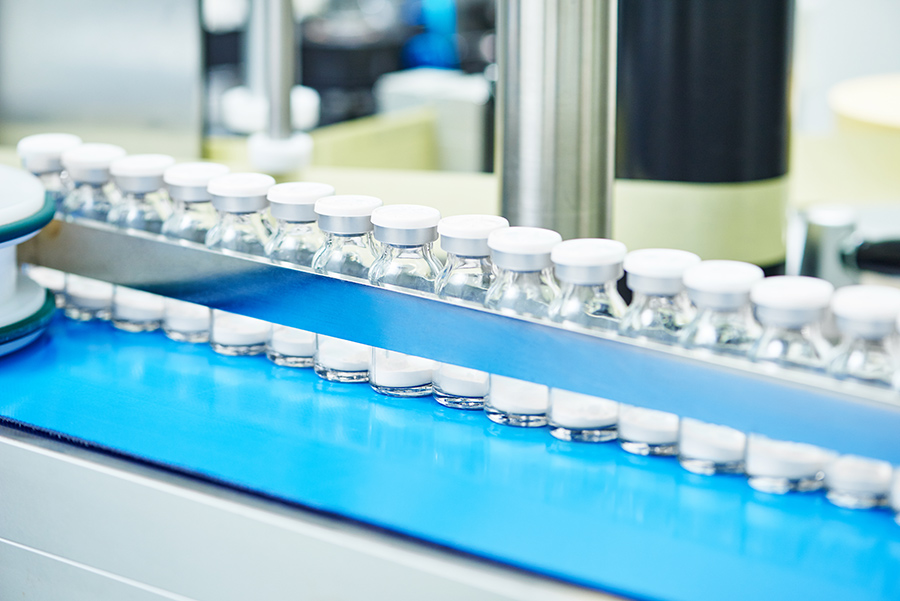 The research team at Biosynth Carbosynth® have published a review in 2020, which summarised the available data on NR as a treatment for specific pathophysiological conditions. Since NAD+ plays an essential role in metabolism, the evidence presented in the study suggests that an increase in NAD+ levels can benefit patients with metabolic disorders, such as type 2 diabetes, metabolic syndrome, and non-alcoholic fatty liver disease. The review highlights studies on mice, showing that NR intake improved glucose tolerance, reduced weight gain, and exhibited neuroprotective effects.

The 2020 paper also summarised the protective effects of NR in cardiovascular diseases and neurodegenerative disorders. NR supplementation in mice slowed down the deterioration of cardiac structure and function, preventing the development of heart failure. When administered in mice that were engineered to develop Alzheimer’s disease, NR displayed beneficial effects on both oxidative stress and DNA repair by increasing NAD+ levels. NR was also found to improve muscular function in a murine cohort affected by muscular dystrophy.

In addition, NAD+ intermediates have been recognised for their beneficial health effects during infection with several pathogens. The potential treatment with NAD+ intermediates has been confirmed recently for combating COVID-19 infection. SARS-CoV-2 infection triggers an exaggerated pro-inflammatory response leading to a ‘cytokine storm’. Replenishment of NAD+ body content could restore energy levels and possibly rebalance the immune response to SARS-CoV-2 infection. This suggest that NR should be considered as a potential supporting agent to reduce hyper-inflammation and regenerate damaged lung tissue.

Concluding remarks
NR is a highly effective supplement and a vitamin B3 analogue with a unique ability to replenish NAD+ levels. Decreased levels of NAD+ are associated with metabolic dysfunctions associated with aging and pathophysiological conditions such as cardiovascular disease, obesity, type 2 diabetes and neurodegenerative disorders. NR supplementation has been shown to increase the NAD+ levels in middle aged to elderly people, leading to beneficial therapeutic effects.

While NR dietary supplements are already on the market as chloride salts, the synthesis of NR chloride is challenging, expensive, and low yielding, making it ill-suited for large-scale production. Biosynth Carbosynth® have recently patented new pharmaceutically suitable hydrogen malate and hydrogen tartrate NR salts that are bioequivalent to NR chloride. The improved yields and the ease of production of the novel NR salts are suitable for large-scale manufacturing.

Do you foresee that alternative synthetic routes might be developed to make the NR chloride synthesis more economically viable?

<>
We, Biosynth Carbosynth®, have looked at this in great detail, analysing and testing different pathways. The best synthesis in terms of both cost and quality of NR chloride is to take the crude NR hydrogen malate and convert it to NR chloride. This process is very clean and high yielding, and allows production at a very large scale.

Biosynth Carbosynth® have developed the novel crystalline NR hydrogen tartrate and hydrogen malate salts that are bioequivalent to NR chloride.