A team of researchers, led by Dr Manuel Carmona in the Institute for Regional Development at the University of Castilla-La Mancha, Spain, have unveiled recent discoveries about a unique plant called guayule. The silver-grey perennial shrub is an alternative source of natural rubber. Until now, guayule has not been commercially viable as its other co-products have not been considered to have uses. The researchers reveal guayule resin is also a powerful biopesticide – effective against both agricultural and ornamental plant pests. The resin contains special chemical compounds – guayulins and argentatins – which confer this shrub’s amazing biopesticide ability.

Guayule cultivation is set to increase in the future. A source of natural rubber, guayule is likely to be the solution to predicted future shortages. In addition, a substance left over from the manufacturing process of rubber from guayule has other interesting applications. The continuing exponential growth of the human population and the ongoing climate crisis are putting global food security at increased risk. Now, researchers have also discovered that the resin of guayule is a powerful biopesticide, which could combat the loss of food to agricultural crop pests.

Farmers are still heavily reliant on the use of synthetic pesticides to stave off pests, which can devastate crops. These include the red spider mite (Tetranychus urticae), the sweet potato white fly (Bemisia tabaci), the green peach aphid (Myzus persicae), the western flower thrip (Frankliniella occidentalis), and the leaf beetle (Labidostomis lusitanica). Currently-used pesticides are typically man-made chemicals that might be effective at killing plant pests but are also harmful to the environment and its inhabitants (whether they be pollinators, wild animals, cultured livestock, or humans). 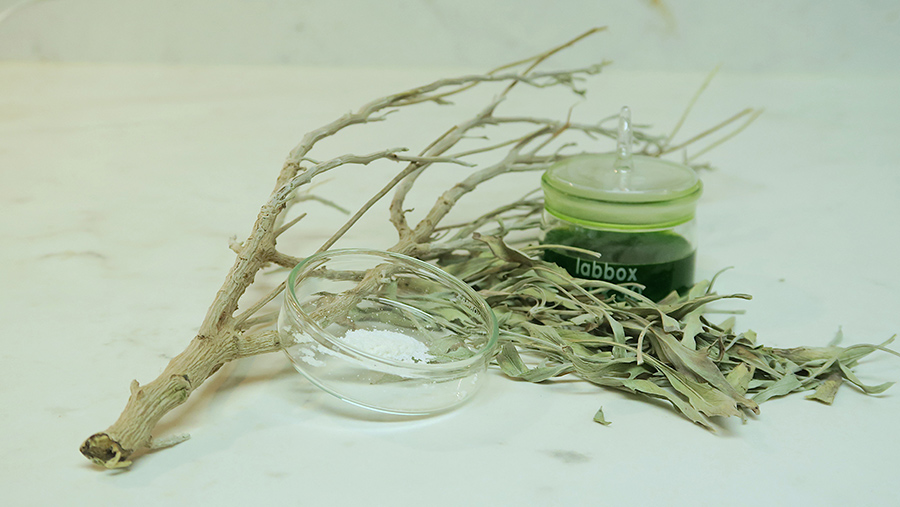 There is a growing demand for biopesticides that are composed of natural materials derived from plants or animals. For this reason, a team of researchers led by Dr Manuel Carmona, senior researcher in the Institute for Regional Development at the University of Castilla-La Mancha, Spain, are investigating the biopesticidal properties of guayule resin. The compounds within guayule – guayulins and argentatins – are thought to be responsible for the shrub’s extraordinary biopesticide abilities.

Guayule (Parthenium argentatum A. Gray) is a silver-grey-green perennial shrub, native to the semi-arid zones of Texas and southern USA, as well as northern Mexico, particularly in the Chihuahuan Desert. Guayule has attracted the attention of researchers and companies alike, as its cultivation could offer a solution to expected future shortages of rubber.

During energy crises or periods of low supply, guayule has been exploited as a source of naturally derived rubber to manufacture goods, mainly tyres for aircraft and automotive industries. While the rubber tree is currently the most exploited resource for rubber, guayule has the potential to serve as a viable alternative. Some barriers to its broader commercialisation include a lack of market demand for guayule, higher production costs due to the reduced scale of cultivation, and a lack of knowledge about the exploitation of guayule resin and bagasse. Bagasse is a fibrous material left over after the guayule plant is processed to extract natural rubber also known as latex, and can be used as a biofuel.

In a collaborative review, Carmona and colleagues provide an overview of the increasing demand for natural rubber, with its consumption expected to rise to 15.3 million tons by 2030. In comparison to synthetically derived rubber, natural rubber confers greater resilience, strength, elasticity, more efficient heat dispersion, and more, so it cannot be completely replaced. Other sources of rubber, procured from the Pará rubber tree (Hevea brasiliensis) are thus needed to meet supply demands. Natural rubber from H. brasiliensis is also known to induce allergic reactions in some individuals, whereas guayule latex is hypoallergenic and therefore safer.

As well as using guayule to sustainably address rubber manufacturing demand, guayule resin is also a potential biopesticide. According to research conducted in the Carmona laboratory, by PhD student Guayente Latorre and Professor Amaya Zalacain, the dark green-brown sticky resinous fraction of guayule contains several compounds with potential biopesticide qualities. Some of these compounds include secondary metabolites, triterpenes, and sesquiterpenes. Excitingly, sesquiterpenes and triterpenes are proven to work as biopesticides and antimicrobial agents, effective against many different agricultural pests.

Drawing from previous studies showing that guayule resin effectively controls against certain species of termites and other agricultural pests, Carmona and colleagues explored the biopesticidal activity of guayule resin against other plant pests.

Carmona and colleagues collected samples of guayule from Santa Cruz de la Zarza, in the Toledo region of Spain. These samples were processed to extract crude guayule resin and separated by solvent fractionation to obtain three products (hexane, ethyl acetate, and methanol fractions).

The researchers used liquid chromatography-mass spectrometry (LC-MS) to separate, identify, and compare both known and unknown compounds within the guayule extracts that might be responsible for its pesticide activity. The LC-MS technique is a form of analytical chemistry that separates the components of a liquid mixture according to their size, shape, and polarity.

Chemical analysis using LC-MS revealed the presence of guayulins A, B, C, and D, along with two primary argentatins (A and B) and their isomers (isoargentatin A and isoargentatin B), compounds with the same molecular formula but with a different structure.

In addition to the compounds mentioned above, another eight were detected (C1–C8). After further investigation, compounds C3 and C8 were tentatively identified as argentatin C and argentatin D, respectively.

The crude guayule resin and three fractionated products were tested for pesticide activity against T. urticae, B. tabaci, M. persicae, and F. occidentalis.

The research focused on non-toxic modes of pesticidal action, including how the resin prevented pests from settling, feeding, and laying eggs on crops, and their comparison to contact toxicity. The guayule-derived substances were compared with the pesticide action of other commercial biopesticides.

Results revealed crude guayule resin, ethyl acetate, and hexane fractions had moderate to high effects on feeding prevention in three of the four pest species: T. urticae, B. tabaci, and M. persicae. No activity was observed against F. occidentalis. The researchers observed that guayule extracts were more potent in their pesticide activity than the commercial standard. With respect to feeding deterrence of pests, guayule-derived substances were found to be more effective for all insect pests (except for F. occidentalis) compared to the commercial standard.

Compounds found within guayule – guayulins and argentatins – are thought to be responsible for the shrub’s resin’s extraordinary biopesticide abilities.

This work sheds light on the use of guayule-derived extracts as an effective means of pest control for T. urticae, B. tabaci, and M. persicae. Using guayule-derived extracts could be a positive prospect for pest control – it’s known that combining botanical pesticides can be more effective. The various active compounds in guayule resin may also serve to mitigate pest resistance, which might otherwise be more prevalent if pests are faced with a single compound.

Now, Carmona is investigating a new potential use for guayule resin against another pest, Labidostomis lusitanica (otherwise known as galeruca or clytra). This leaf beetle is typically found in countries of the western Mediterranean. Especially common in Spain, L. lusitanica attacks many crops including avocados, grapevines, pistachios, and plums. Carmona’s new work could bolster the important biopesticide findings of his team so far.

Could you briefly expand on how you plan to use guayule resin against Labidostomis lusitanica and test its effectiveness?
We are testing guayule resin against L. lusitanica as a repellent and as an antifeedant to ecologically protect pistachio cultivations, in collaboration with Agro-environmental Research Center ‘El Chaparrillo’ CIAG (Ciudad Real, Spain) and the Institute for Advanced Chemistry of Catalonia (IQAC-CSIC). The tests have successfully passed the phase of in vitro trials with individuals of Labidostomis captured from nature, since its biological cycle is unknown, and we are currently conducting studies in semi-field, where in a greenhouse we are analysing the dose and form of application of guayule resin to protect young pistachio trees from the attack of this pest.
Investigating the biopesticide activity of guayule resin was last modified: October 25th, 2022 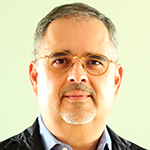 Dr Manuel Carmona: senior researcher in the Institute for Regional Development at the University of Castilla-La Mancha, Spain 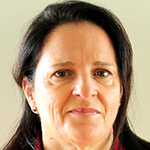 Professor Amaya Zalacain: professor at the School of Agronomy and Forestry Engineering and Biotechnology (ETSIAMB) at the University of Castilla-La Mancha, Spain 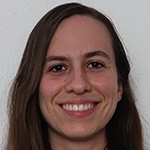 Guayente Latorre: PhD student in the School of Agronomy and Forestry Engineering and Biotechnology (ETSIAMB) at the University of Castilla-La Mancha, Spain

Carmona’s research team focuses on the development of guayule cultivation and its industrial exploitation in the region of Castilla-La Mancha, Spain, for the production of natural rubber and especially resins, which contain valuable biopesticide compounds: guayulins and argentatins.