Sign up for our free publication
Health & Medicine
90% of global deaths caused by cancer are the result of its metastasis. Cancer can spread throughout the body through the blood system or the lymphatic system. With funding from JSPS KAKENHI, Professor Tetsuya Kodama at Tohoku University in Japan and his collaborators established a novel mouse model to study cancer metastasis through the lymphatic system. With this model, they identified lymph node metastasis as the starting point of metastatic disease. Their research has focused on developing a new cancer therapy to target specifically lymph node metastasis and holds huge revolutionary potential for the treatment of metastatic cancer.

Cancer was estimated to have caused 9.6 million deaths globally in 2018. In 90% of cases, it is not the primary tumour that is lethal, but it’s metastasis. Metastasis is the spread of malignant (cancerous) cells around the body resulting in the growth of secondary, metastatic tumours. When a tumour metastasises, it can spread through the bloodstream (known as a hematogenous spread) or through the lymphatic system (known as a lymphatic spread). The lymphatic system is comprised of lymphatic vessels that circulate lymph (fluid containing white blood cells, amongst other components), forming an important part of the body’s immune system.

In 90% of cases, it is not the primary tumour that is lethal, but it’s metastasis.

Cancers such as breast, head and neck cancer metastasise via the lymphatic system: these cancer cells travel to nearby lymph nodes (known as regional lymph nodes) where they develop, causing the lymph nodes to swell, and then circulate around the body to other ‘downstream’ lymph nodes. When cancer has reached the lymph nodes, it is also possible cancer will spread into the bloodstream in what has been termed ‘lymph node-mediated hematogenous metastasis’. This theory suggests that the first lymph node or group of nodes that cancer travels to (known as the sentinel lymph node/nodes) is the ‘start point’ of metastasis. Professor Tetsuya Kodama of Tohoku University, together with his colleagues have developed a new way to effectively treat metastatic cancer by targeting these lymph nodes with chemotherapy directly introduced into the lymphatic system.

Staging of cancer is based on TNM classification. T category describes the primary tumour site. N category describes the regional lymph node involvement. M category describes the presence or otherwise of distant metastatic spread. In TNM classification, T0 is defined as no detection of a primary tumour, N0 is the absence of metastasis in the regional lymph nodes, and M0 is defined as no distant metastases. The factors of TNM classification other than T0, N0 or M0 are defined by the type of tumour. Classifying tumours according to the TNM system, however, has its limitations. One such limitation is the frequency at which lymph nodes are incorrectly described as ‘N0’. If cancer has spread beyond the sentinel lymph node, but the downstream lymph nodes do not exhibit noticeable swelling, ‘false-negative’ results are obtained. This makes the conventional treatments (surgical lymph node resection, radiotherapy and/or chemotherapy) for lymph node metastasis unsuitable to treat N0 false-negative metastatic cancer.

In addition, chemotherapy administered into the bloodstream through an I.V. injection or infusion (known as systemic administration) has been found to have limited success in treating cancer in the lymphatic system as the chemotherapy drugs become diluted in the blood resulting in low concentrations of the drug reaching the lymph nodes. Chemotherapy can also cause adverse side effects because it circulates in the body, rather than selectively treating the malignant target.

Research into improving the treatment of lymph node metastasis had been previously limited largely due to a lack of appropriate animal models of the disease. Kodama and his collaborators were able to establish a novel mouse model that contains lymph nodes of a similar size to that of humans (up to 10 mm), allowing lymph node metastasis to be studied in animals for the first time.

Lymphatic drug delivery systems were developed to allow direct administration of drugs to the lymphatic system through injections in lymph nodes (also known as intranodal injections). Using fluorescent dyes, Kodama and his team were able to visualise how fluid drains from the ‘upstream’ sentinel lymph node to ‘downstream’ lymph nodes in their novel mouse model. From these findings, lymphatic drug delivery systems were able to be developed to specifically target cancer in the lymphatic system.

Using their mouse model, Kodama and his collaborators observed how cancer metastasises through the lymphatic system. Their research shows a decreased flow from the sentinel lymph node to downstream lymph nodes when cancerous tumours develop in the vessels between them. Instead, the flow was orientated to the blood system. This observation led the researchers to theorise that ‘lymph node-mediated hematogenous metastasis’ is the final stage in lymph node metastasis, and the sentinel lymph node should, therefore, be targeted as the ‘start point’ of cancer metastasis.

Cisplatin, a chemotherapy drug used to treat cancers such as breast cancer and head and neck cancer, injected into the sentinel lymph node of mice was found to stop the growth of tumours in false-negative metastatic lymph nodes. In addition, Kodama and his team observed fewer adverse side effects to cisplatin, such as kidney disease, when given as an intranodal injection than when given systemically through an I.V.

This treatment has a huge potential to reduce cancer mortality by stopping cancer before it can spread beyond the lymphatic system.

By administering chemotherapy with lymphatic drug delivery systems, the concentration of the drug is much higher when it reaches the target lymph nodes, meaning dosage can be much lower and fewer doses would be needed. Chemotherapy can be injected and allowed to flow to downstream lymph nodes prior to surgical resection of the primary tumour and sentinel lymph node, dramatically reducing the risk of cancer recurrence. This treatment has a huge potential to reduce cancer mortality by stopping cancer before it can spread beyond the lymphatic system.

Kodama and his colleagues are currently researching factors that could limit the success of lymphatic drug delivery systems in treating false-negative lymph node metastasis. Their most recent paper describes an investigation into the impact of chemotherapy drug injection on the flow of the drug to downstream lymph nodes in mice. Their results show that factors such as injection pressure and the volume of the sentinel lymph node do not impact on the success of the treatment. They also identified an optimal range of injection rates to administer the chemotherapy to ensure the drug flowed to downstream lymph nodes.

The group will design Phase I clinical trial to investigate the safety and effectiveness of lymphatic drug delivery system using chemotherapy within a few years, followed by Phase II clinical trials to confirm efficacy.

Kodama and his colleagues’ work has paved a new way in not only researching lymph node metastasis using mice and thinking about how cancer metastasis, but also in how cancer therapy can be targeted. Lymphatic drug delivery systems using chemotherapy could dramatically improve the survival rates across many types of cancer whilst decreasing the side effects of treatment. The work briefly discussed here is likely to revolutionise cancer therapy.

Cancer death rates are so high due to late diagnosis – how do you think targeting lymph node metastasis with lymphatic drug delivery systems could help reduce the mortality rates of cancer? 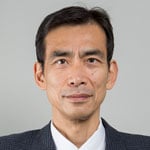 Metastasis, a characteristic of many tumour types, is estimated to be responsible for the death of 90% of all patients with cancer. However, effective treatment of metastasis has not been established. In Professor Tetsuya Kodama’s laboratory, they focus on early diagnosis and treatment of lymph node metastasis, observed in most cancers, such as breast cancer and head and neck cancer.