Biology
Parental care is an important factor to reproductive success, and studies of care quality can help in understanding mate choice and other reproductive decisions. In the broad-nosed pipefish, males become ‘pregnant’ and care for their embryos until birth. Large and small male pipefish adopt different parental care strategies, and females favour larger mates. Researcher Ines Braga Goncalves at the University of Bristol’s School of Biological Sciences and close colleagues Malin Nygård and Charlotta Kvarnemo at the University of Gothenburg, together with Ingrid Ahnesjö at Uppsala University, study pipefish pregnancy to discover why females prefer larger males.

In fish, parental care, where it occurs, is most often provided by males. Males of pipefishes, seahorses and seadragons (family Syngnathidae) care for developing embryos on their bodies from mating through to birth. In genera with brood pouches, such as Syngnathus, the care provided has similarities with mammalian pregnancy, so brooding males are said to be ‘pregnant’.

Parental care enhances the survival and quality of offspring of many different animals. However, this care entails energy costs for the parent providing it, and affects reproductive success over its lifetime. When parental resources are limited, a trade-off between number and size of offspring can result in brood reduction but at what cost or advantage?

In broad-nosed pipefish, a temperate sea-living species from the Eastern Atlantic Ocean, males have two skin folds that form a pouch into which females deposit eggs when mating. After mating, males protect the embryos, and provide oxygen and nutrition (in addition to the yolk that comes from the mother) until the juveniles emerge from the pouch.

Study results described here suggest that in the broad-nosed pipefish, Syngnathus typhle L. 1758, there is a trade-off between the embryo size and the embryo density (embryo number divided by volume of the brood pouch) that males can care for; males favour one or the other option, depending on their own body size. Despite having different parental strategies, small and large males incur similar losses in body condition during pregnancy.

Egg size versus egg number in a pipefish brood pouch
In fish, larger eggs usually give rise to larger embryos and juveniles that grow faster and survive better. Egg size is positively correlated with female body size in the broad-nosed pipefish and each female produces eggs of similar size. When mated with small males compared to large males, females compensate by transferring eggs with higher protein content but they do not adjust the size of their eggs.

Developing fish offspring need oxygen, which has lower diffusion and solubility in water compared with air. Embryos respire through the egg’s surface. It is intuitive to expect that the surface-area-to-volume ratio (size) of large eggs is unfavourable. However, large eggs seem to do just as well as (or better than) small eggs, even under limited oxygen availability. This suggests that the surface-area-to-volume ratio (size) of eggs does not affect respiration as much as previously thought.

Studies by other researchers on broad-nosed pipefish have found that females prefer larger partners. After birth, larger juveniles grow faster and survive better. It appears that large male pipefish are preferred partners because they positively affect offspring body size at ‘birth’ and do so independently of initial size of the eggs provided by the female.

Levels of oxygen inside the pouch were higher in the bottom than the middle section, especially in large males. This could be due to lower local embryo density and closer contact with the vascularised pouch walls. If lower egg densities overall result in higher pouch oxygen levels, large males would be able to provide a more oxygenated environment for embryos than do smaller males. But this was not found.

Oxygen saturation levels in the brood pouch fluid of pregnant males were not affected by egg size or male body size. This could arise if: large and small eggs consume similar amounts of oxygen during initial development; males provide the same oxygen environment whatever their size; the varying oxygen demands of developing embryos result in the same oxygen levels overall.

Brooding males transfer nutrients to developing embryos and can absorb nutrients from lost eggs or embryos in the pouch. Perhaps large males supply more nutrients per embryo because of the lower egg density in their brood pouches. Their embryos might also be heavier if nutrients are reallocated from lost embryos (about 20% of eggs in a brood pouch fail to develop).

If water temperature affected food intake and feeding activity of broad-nosed pipefish in similar ways to that seen in other fish species, this could explain the more modest decrease in condition in males that brooded in warmer water, despite the predicted faster metabolic rates at higher temperatures. Male condition did not differ between the treatments, which is what we would expect if males brooding at higher temperatures have higher average food intake.

Egg size seems to matter less than expected in the broad-nosed pipefish in that it had no effect on embryo survival or pouch oxygen saturation. The overall results suggest that, for the female broad-nosed pipefish, choosing a larger male, who is likely to produce larger juveniles, enhances her reproductive success. Larger offspring have better chances of survival once outside the protection of the pouch. Though small males may have better offspring survival during pregnancy, their offspring are smaller, with lower energy reserves, and may then fit into more mouths that want to eat them. 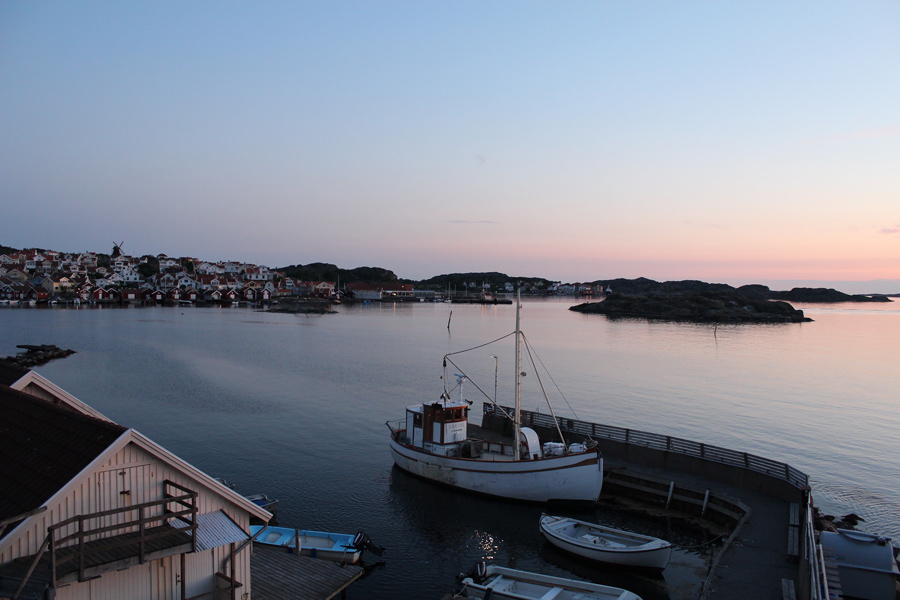 Please describe some feature of the pipefish lifestyle that you find especially intriguing or charming.

<>Pipefishes are enchanting and still very much mysterious creatures. The broad-nosed pipefish, in particular, has inspired decades of dedicated research by multiple generations of biologists and we hope it will continue to do so for many years to come. How do they select which bay to breed in when they emerge from deeper water in early spring? What factors determine the yearly changes we observe in population densities? How will they cope and/or adapt to climatic changes that affect not only themselves, but also their food, their predators, their parasites and pathogens, and their habitat at large? How will all these factors affect their mating system and reproductive biology? The questions are literally endless. 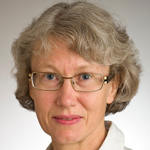 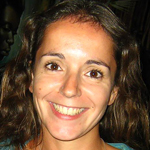 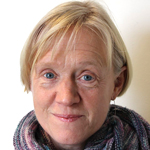 Charlotta Kvarnemo and Ingrid Ahnesjö were Ines Braga Goncalves’ PhD supervisors (2006-2010) and they have been working together ever since. They really enjoy working together and their scientific strengths complement each other; they are also good friends. This provided them the opportunity to co-supervise the Masters thesis of Malin Nygård.

Ines Braga Goncalves is a behavioural ecologist with broad interests in animal behaviour, communication and physiology.