Biology
Prof Cornelia Spetea and her team at the University of Gothenburg, Sweden, study ion transport proteins and genes involved in the regulation of photosynthesis in conditions of abrupt changes in light intensity. Research on this topic is important because light fluctuations constantly occur in the natural environment and affect photosynthesis and growth. Their proposed model could act as a knowledge basis to enable the large-scale production of resilient photosynthetic organisms that can generate biomass for agricultural products, biofuels, and chemical feedstock in biotechnological applications.

Plants and algae harvest sunlight energy through photosynthesis, converting it into chemical products that fuel their metabolism and provide biomass for the nourishment of all living organisms. This energy conversion involves several tightly regulated processes known collectively as photosynthetic light-dependent reactions. Photosynthetic organisms are adapted to tolerate a variety of climates as well as abrupt changes in light intensity conditions. In order to avoid damage by excess light, the extra energy is quenched by dissipation as heat in a process known as non-photochemical quenching (NPQ), which undergoes activation and relaxation in response to fluctuations in light intensity. This process of photoprotective heat dissipation occurs in the thylakoid membrane of chloroplasts and is regulated by several proteins, including ion channels and transporters.

Prof Cornelia Spetea and her group from the University of Gothenburg, Sweden, perform fundamental research related to photosynthesis, pursuing the identification of new ion channel and transporter proteins regulating the NPQ process in variable light. To achieve these aims, they conduct experiments in light of fluctuating intensity on the model plant Arabidopsis thaliana. By following the pattern of NPQ changes in variable light, the researchers hope to achieve a general understanding of how to improve the energy efficiency of photosynthesis in engineered plants to make them more adapted to abrupt environmental changes and to yield better crops.

Investigating the photoprotective response
To identify the ion transport genes involved in the regulation of the NPQ process in photosynthesis, Prof Spetea and her team introduce single, double, or triple gene mutations in Arabidopsis thaliana. The mutations allow them to pinpoint the genes whose loss of function alters either the activation or the relaxation of the NPQ when compared to wild-type plants studied under variable light conditions.

The team published a paper in 2019 showing how changes in chlorophyll fluorescence can indicate how much of the absorbed light is used for photosynthesis and sugar production, and how much is dissipated as heat in a photoprotective mechanism against excess light (NPQ). Healthy, wild-type Arabidopsis thaliana plants were able to keep a good balance of the two processes and avoided damage from excess light that could be harmful and inhibit growth. Mutant plants, on the other hand, were affected by fluctuations in the light.

A key element of photosynthesis is the harnessing of sunlight energy via the generation of an electrochemical potential gradient for protons (H+), also known as the proton motive force (PMF). Both the PMF – ultimately linked to the synthesis of ATP, the energy ‘currency’ of living organisms – and the photoprotective process of NPQ depend on the coordinated action of ion channels and transporters that regulate the fluxes of protons and other ions, mainly potassium (K+), chloride (Cl−), and magnesium (Mg2+).

The researchers hope to achieve a general understanding of how to improve the energy efficiency of photosynthesis in
engineered plants.

Unravelling the protein network that fine-tunes photosynthesis
In their 2019 publication, Prof Spetea and her collaborators describe the action of a K+ transporter, known as KEA3, and two Cl− channels, known as CLCe and VCCN1. These three proteins have been studied individually by the Spetea’s lab; reports of their discovery and characterisation were the focus of high-impact publications in 2014 (KEA3) and 2016 (CLCe and VCCN1, in two different publications in the same year). KEA3 is localised on the thylakoid membrane, the site of light-dependent photosynthetic reactions. The transporter is responsible for the pH−dependent uptake of K+ ions into the thylakoids in exchange for H+. VCCN1 is a voltage-dependent ion channel responsible for the uptake of negative charges (Cl− ions) into the thylakoids. CLCe also acts as a thylakoid-bound Cl− channel, but to date its mechanism of action has not been fully elucidated. In a previous publication (2016), Prof Spetea had proposed along with her co-authors that CLCe might play a major role in the export of Cl− ions from the thylakoids to the chloroplast stroma upon light adaptation.

The data published in 2019 show that KEA3, CLCe and VCCN1 work independently of each other and that their activity is dependent on the pattern of fluctuating light intensity. KEA3 regulates photosynthesis in transition from high to low light, whereas VCCN1 acts in the transition from low to high light. The effect of CLCe on photosynthesis is mainly observed in conditions of low light. By moving ions between the two sides of the thylakoid membrane, the three proteins described above accelerate either the activation or the relaxation of NPQ, and thus fine-tune photosynthesis in variable light.

The roles of VCCN1 and CLCe
VCCN1 and CLCe play different roles in fluctuating light conditions. VCCN1 mediates the import of Cl− ions into the thylakoids in a voltage-dependent manner. On transition from dark to low light, and from low to high light, VCCN1 accelerates NPQ activation and photoprotection. CLCe resembles the action of VCCN1; however, it exerts its effect in low light conditions only. CLCe also upregulates the process of electron transport in photosynthesis in a pH-independent fashion.

If the proposed model for the NPQ process is also conserved in algae, it would provide an opportunity for large-scale production of resilient photosynthetic organisms.

The role of KEA3
KEA3 belongs to a family of six KEA proteins and was identified as a K+ ion transporter in the thylakoid membrane. KEA3 is inactive in high light conditions and is rapidly activated upon decreasing light intensity to export H+ out of the thylakoids, therefore dissipating the pH gradient – unlike VCCN1, which builds up the gradient. KEA3 accelerates the relaxation of NPQ and photoprotection on transition from high to low light. Together with CLCe, it reactivates electron transport.

Mapping out an overall model
Taking together the data presented in 2019 and previous publications, Prof Spetea and her team propose a model for the sequence of events in which CLCe, KEA3 and VCCN1 are involved in the regulation of photosynthesis. Upon transition from dark to low light, VCCN1 imports Cl− ions into the thylakoids, activating NPQ in a pH-dependent manner. Photoprotection starts to increase, with the aid of CLCe. Soon after, independently of the action of the other two proteins, KEA3 downregulates the NPQ, establishing a low steady-state and increasing the electron transport. KEA3 exerts its effect by exporting H+ into the chloroplast stroma, in exchange for K+ ions, resulting in a reduced pH gradient. When light intensity is increased from low to high, VCCN1 becomes the predominant regulator, elevating the pH gradient and causing NPQ to increase. Upon transition from high to low light, KEA3 exports H+ out of the thylakoids decreasing NPQ, while, in synergy with CLCe, it reactivates the capture of light energy through the electron transport chain. The proposed model shows that plants are capable of fine-tuning photosynthesis adapting to conditions of fluctuating light.

Future directions
Going forward, the researchers aim to identify channels and transporters for other ions, such as Mg2+, and also confirm the hypothesis that algae might have evolved ion transport mechanisms similar to those observed in Arabidopsis thaliana. Algae are simpler photosynthetic organisms than plants and grow faster. Sensitive mutants of genes involved in photosynthesis could be grown to allow for further studies and experimentation on algae. If the proposed model for the NPQ process is also conserved in algae, it would provide an opportunity for large-scale production of resilient photosynthetic organisms that can be employed for the generation of biomass for agricultural products, fuels, and biomaterial production in biotechnological applications. This is an exciting and complex area, where the pioneering research of Prof Spetea and her team could lead to substantial and significant advances for future generations.

<> I have always been fascinated by the ability of plants to grow in and withstand various light conditions. With my knowledge in photosynthesis, I am happy I could decipher some of their secrets on how they do it. We discovered that ions move rapidly across membranes and thus act in photoprotection of plants as they do it in the human eye, showing once more how much we as humans have in common with plants at the molecular level.

A model of photosynthesis regulation by ion fluxes in conditions of variable light was last modified: February 9th, 2021 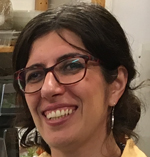 Dr Cornelia Spetea has made a professional career in photosynthesis research that started with a PhD on the topic of visible and UV light photoinhibition. Her current research interests include ion transport in plants and algae and renewable biomass production from algae on the west coast of Sweden.

Prof Spetea studies ion transport proteins and genes involved in the regulation of photosynthesis in plants and algae. 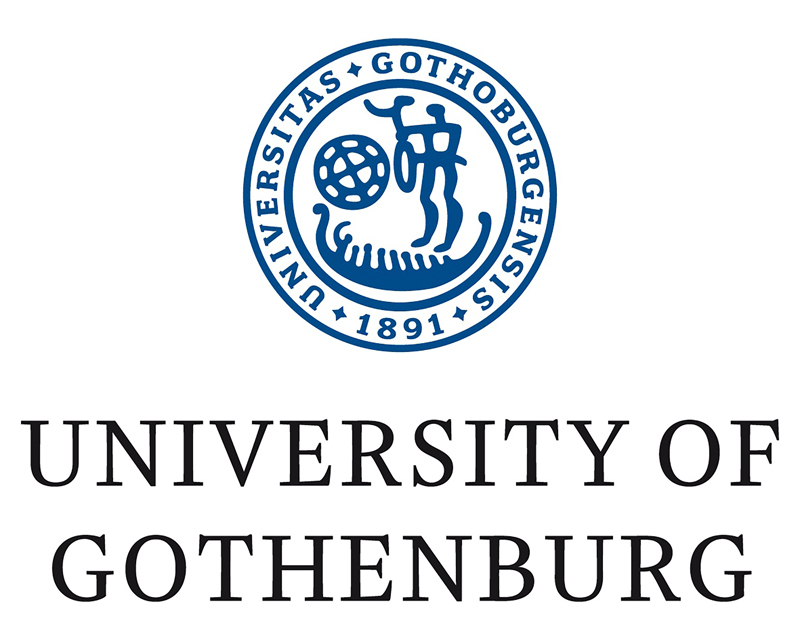