Land-Surface Management (LSM) technology, which is based on transdisciplinary field science, offers a solution for ‘Earth Regeneration’. The general principle behind LSM technology aims to control and manage three basic elements of our land surface – water, oxygen, and nutrients – even in different eco-types such wetland or dryland. On a global scale, there are large areas of inferior soil (eg, peat, acid sulphate, sandy, saline, and arid) and degraded agricultural land (which is devastated, abandoned, degraded, and/or contaminated). Under such conditions, Professor Mitsuru Osaki at Hokkaido University, Japan, and colleagues observe that the roots of plants have avoidance strategies to extend on land surface, rather than tolerance strategies to soil. This largely improves symbiotic systems function, nutrients cycling, and oxygen absorption in the rhizosphere (the thin area around the roots).

In the face of global social change, increasing population pressure, and the ever-worsening climate crisis, terrestrial land systems are under stress like never before. Issues arising from poor quality soils and degraded agricultural land require urgent solutions to ensure food security and effectively combat further environmental degradation. Professor Mitsuru Osaki at Hokkaido University, Japan, and colleagues Professors Nagayuki Kawakita, Tsuyoshi Kato and Nobuyuki Tsuji, and researcher Silsigia Sisva are focused on developing Nature-based Solutions (NbS) for environmental issues, and have now turned their hand to the soil crisis. In particular, via transdisciplinary field science and observing the behaviour and evolution of biomass in areas of naturally low soil quality they have identified optimal strategies with the potential to be implemented in land management schemes.

Despite covering just 3% of Earth’s surface, peatlands are a critical landscape and habitat. Peat in mainly tropical and boreal zones is an important carbon reservoir (holding more carbon than the forests of Britain, France, and Germany combined), it is critical for water management (capable of holding up to 20 times its own weight in water), and offers a window to past climates.

Soil is a critical but widely under-appreciated resource.

Paradoxically, however, biomass productivity (eg, tree growth) is much higher in tropical peat soil and sandy podzolic soil compared with that in tropical mineral soils. For example, wood production rates of around five tonnes per hectare per year (t/ha/yr) in mineral soils can be compared with around 10–15 t/ha/yr in peat soils, and approximately 12–20 t/ha/yr in sallow peat soil and sandy podzolic soil (Figure 2).

By understanding the mechanisms by which plants thrive in this challenging environment, Osaki and colleagues are shedding light on the potential for new management practices that harness natural solutions. They conclude that plants grown on poor-quality soil develop a common strategy: roots extend into the humus on soil and develop a rhizosphere regulation system. The rhizosphere is the very thin area (10 µm) around the roots, which is improved by exudation of organic compound from roots and symbiosis with microorganisms. Rhizosphere function is mainly improved by three factors on land surface: oxygen supply, nutrients supply, and water (moisture) supply. The researchers’ observations reveal a multi-pronged natural strategy to achieve this goal. First and foremost, roots play an essential role in oxygen and absorption of nutrients. Tropical peatland/wetland and Mangrove plants have developed root systems that spread into humus on land surface. Examples include aerial roots, which absorb oxygen from the air, and mound roots, which absorb oxygen from the air and nutrients from forest litter. Second, to spread roots into humus on land surface, the humus must maintain a high moisture content. Third, symbiotic system with microorganisms, nutrients absorption and N2 fixation are drastically improved. In conclusion, even in naturally inferior low quality soil areas, if we can develop an appropriate Land-Surface Management (LSM) technology for water, nutrients, and oxygen supply, we can regenerate degraded land (ie, which is devastated, abandoned, degraded, and/or contaminated) at a cheaper cost.

Based on their findings, Osaki and colleagues have developed LSM technology, which promotes both traditional approaches, for example, Zero tillage with grass mulching (Z-tillage) culture for arable land – and newly developed methods, including AeroHydro culture for peat/wetland and Mangrove and HydroCycle culture for dryland and semi-arid areas.

Under high water table conditions, water and surface moisture are not limiting factors. It is oxygen – vital for plant growth and nutrients absorption – that is the limiting factor. In tropical peatland, nutrients concentration is extremely poor. To combat this, AeroHydro culture involves the cultivation of peatland plants using high groundwater levels (in contrast to conventional cultures that focus on drainage-orientated water management) and the supplementation of nutrients and oxygen to the surface via a compost formed of natural materials. This approach mimics the development of aerial roots (for oxygen absorption) and mound roots (for nutrient absorption) observed in natural peatland environments. Testing the AeroHydro culture approach is on-going and has involved the creation of waterlogged areas at sites in Indonesia (Figure 3). To date, the results have been encouraging. Aerial-like lateral root development in both manure compost and natural compost was clearly observed and plant growth was drastically improved, including greener and more numerous fronds on oil palm and sago palm and the stimulation of new leaves for Shorea balangeran, an evergreen species native to Indonesia. Shorea balangeran in experimental AeroHydro culture plots grew to twice the height of those in control plots over a six-month period; similarly, the harvesting weight for oil palm increased by more than 50% within only one year.

HydroCycle culture, another new LSM technology, offers an approach for cultivation in dry or semi-arid areas (Figure 4). In this process, a porous mulch (eg, a cotton-based mulch) is laid over the soil (Figure 5). When porous mulch containing water is radiated by the Sun, the water inside cotton porous vaporizes by solar energy, and removes latent heat. The mulch surface becomes hot, while the bottom of the mulch cools down because of latent heat removal, with condensation of dew creating water droplets within the bottom of the mulch (Figure 6). Thus, the porous mulch on land surface can also extract moisture by Sun energy from the air by capturing dew, which becomes trapped below the mulch where it can be utilised by surface roots. Experiments have shown that this approach can increase the weight of biomass by up to 70%. Another porous metal-organic material developed by Massachusetts Institute of Technology [Zr6O4(OH)4(fumarate)6] can capture 2.8 litres of water per day using only solar radiation as an energy input, even when the relative humidity is as low as 20%.

Despite covering just 3% of Earth’s surface, peatlands are a critical landscape and habitat.

Zero Tillage with grass mulching culture, referred to here as Z-tillage culture, is proposed by Masanobu Fukuoka in arable land. Tillage involves the preparation of soil for planting; for example, overturning or mixing the soil. It is common practice in modern farming, either using machinery or manually (eg, hoeing or shovelling). However, the Z-tillage culture approach, which allows for planting without first disturbing the soil, protects the land from degradation and enriches and improves the soil. A downside is birds eating newly-sown seeds from the soil surface; however, options exist to overcome this, such as encasing the seeds in clay or biochar. Such seeds are protected from birds and other animals and will germinate after rainfall. In Z-tillage culture, grass mulching is also required, mainly for retaining moisture of land surfaces; that is, scattering straw or other grasses over the surface of the field to facilitate germination, enrich the soil, and restrict weed growth.

Recognising the importance of the soilsphere

Soil is a critical but widely underappreciated resource. Osaki refers to it as Earth’s skin. Much like human skin, it is often an afterthought, but we would be lost without it. While the soilsphere is extremely thin, 30–60 cm on average, it is critical for sustaining life on Earth and is integral to food production, forest management, and the restoration and regeneration of land ecosystems. The work of Osaki and his colleagues is raising the profile of soil science and offering new solutions, based on tried and tested natural methods, to improve and protect critical soil resources, especially in devastated, ruined, abandoned, and barren land.

Addressing soil degradation on a global scale will require the application of new techniques on a large scale. Are the methods described here scalable? What would be the economic and social costs of such a change?


As the Land-Surface Management (LSM) technology is mainly composed of natural materials and minimum disturbance of soil and land, cultivation and fertilizer costs are drastically reduced compared to other methods. At the same time, this approach protects ecosystems by reducing soil erosion, which, in turn conserves both water and carbon within the soil, significantly increasing its natural capital value.
Transdisciplinary field science based on Land-Surface Management (LSM) was last modified: October 27th, 2022 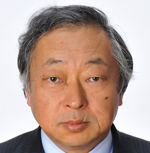 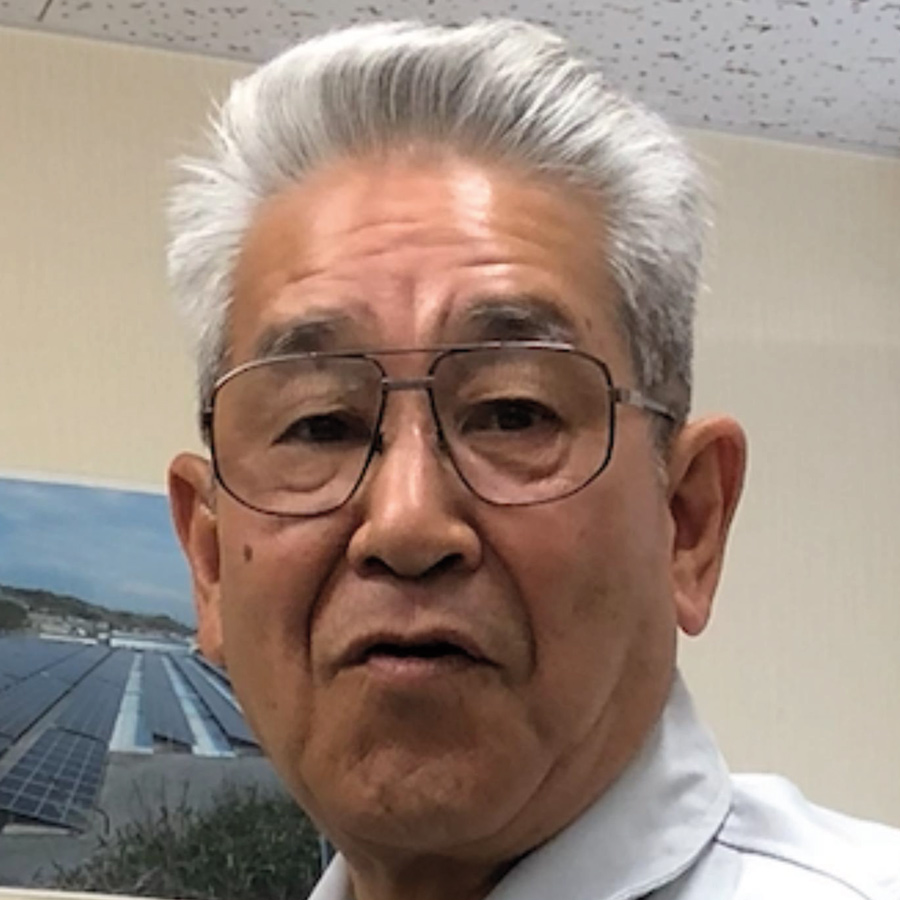 Nagayuki Kawakita is the president of Kawakiat Kojyuen Co, Ltd. He is a pioneer of the greening construction method for slope faces, using Soilcot (cotton sheet), which is effective for wetness by latent heat removal in dryland. 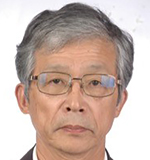 Nobuyuki Tsuji graduated from Saga University, Japan, where he then worked before moving to Sasebo College of Technology, Japan, National Institute of Environment Studies, Tsukuba, and Center for Sustainability Science, Hokkaido University. In 2016, he moved to the Institute of Tropical Biology and Conservation, and Small Island Research Centre, University Malaysia Sabah, Sabah, Malaysia. He obtained his doctorate degree from Kyusyu University, Japan in 1990. 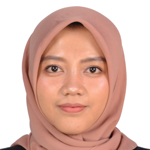 Miss Silsigia Sisva has a background in remote sensing, GIS analysis, and forestry management. She has worked for several years in PT Mayangkara Tanaman Industri (MTI) and PT Wana Subur Lestari (WSL) as a member of the planning team. While working there, she obtained experience in collecting UAV/drone data, ground data, and analysis for management improvement.

Nuclear reprogramming: From one cell type to another
Biology
Read This Article
The anxiety-reducing effects of cannabidiol treatment in teenagers with social anxiety disorder
Health & Medicine
Read This Article