Earth & Environment
Mulberry is a very important, economically multipurpose tree. One of its key uses is as a food source for mulberry silkworms that feast exclusively on its leaves. Therefore, finding ways to boost leaf yields/quality and growth of mulberry trees is of great interest to the silk production industry. Dr Songmei Shi and Professor Xinhua He, from Southwest University, China, have been investigating how carbon dioxide concentrations affect plant growth and how these can be optimised, with other environmental parameters, to maximise biomass yields and improve quality.

Mulberry trees (Morus spp.) have the unique status of being the only food that Mulberry silkworms will feast on. Bombyx mori, the domestic silk moths, are an unusual species that have been so selectively bred they are entirely dependent on humans for their survival. They cannot fly, and swathes of fresh mulberry leaves must be brought to sustain their ravenous larvae so they can form their precious, and economically valuable, silk cocoons.

The dependence of the silk trade on mulberry trees makes them highly prized plants, so research into protecting and optimising their productivity is critical for the future of the silk industry. Dr Songmei Shi and Professor Xinhua He, at Southwest University China, have been investigating how elevated carbon dioxide (CO2) levels affect the growth of mulberry trees.

Carbon dioxide and photosynthesis
CO2 levels play an important role in the rate at which photosynthesis can occur. Photosynthesis is the process at the heart of a plant’s life. Plants possess the remarkable ability to use energy provided by sunlight to take carbon dioxide and water and transform them into glucose and oxygen. In turn, this process helps provide the fuel for plant growth and function, sustaining the plant’s life.

However, photosynthesis is a delicate and complex process. As well as the chemical complexity of the many steps involved in the conversion of carbon dioxide into glucose and then other sugars, it is also a process that is highly sensitive to external environmental factors, including temperature and sunlight levels. While it might seem that more sunlight means more photosynthesis and therefore more plant growth, the delicate chemical machinery in plants can actually be damaged by excessive light levels, hindering a plant’s growth.

Chlorophyll is the pigment in a plant’s leaves that make them appear green, and it is the antenna that captures the energy from the sun’s rays that is used in the photosynthetic compound. Many plants will only produce the large quantities of chlorophyll that give leaves their vivid green appearance during seasons with high light levels. This is why, during the autumn, leaves often turn red. This is a strategy to conserve energy by limiting growth.

A balance between nutrition levels and carbon dioxide concentrations is key to growing large, nutritious plants.

Elevated CO2 levels generally lead to faster photosynthesis, unless another factor, such as the light levels, is the rate-limiting step. The number of environmental variables that need to be considered and controlled to optimise photosynthesis levels for maximum biomass production is far from trivial, and finding optimal ranges is key for intensive plant growth of valuable biomass.

Biomass production and plant nutrition
One of the effects from increasing global carbon dioxide levels will be on plant growth, however the effects of increasing atmospheric CO2 concentrations from current levels are not well understood. Moreover, previous studies have been performed under averaged, steady-state CO2 concentrations, so any differences between daytime and nighttime responses are not revealed. Ambient CO2 can be 10–20% higher at night, and there can be local variations in CO2 concentrations due to factors such as windspeed and the shape of the surrounding landscape which affect the movement and exchange of atmospheric gases.

Dr Shi and Professor He wanted to study the mulberry under ‘real-life’ conditions, and take a closer look at any differences in the way the plants responded to changes in CO2 concentrations. As well as examining changes in leaf growth, plant height and overall biomass, the researchers were interested to investigate the mineral uptake and storage of the plants. This is because the mineral levels in the leaves determine the leaf’s nutritional value, be that for humans or very hungry silkworms. Greater uptake of soil nutrients, like nitrogen, phosphorous and potassium, indicates a faster plant metabolism, and if such nutrients are available in limited supply this can also negatively impact photosynthetic rates.

Daytime and nighttime results
To mimic real-life conditions, the researchers grew six- or 12-month-old mulberry seedlings, inside environmentally controlled glass growth chambers or houses, for four months. The chambers were all subject to the same light, temperature, humidity, and fertilisation conditions, but the concentration and time of delivery of CO2 was varied in each chamber. By precisely controlling the environmental factors in these growth chambers, the research team could be more confident that any changes they did observe were truly the result of variations in the CO2 levels, and not from other environmental factors.

The researchers studied the effects of different CO2 concentrations in the grow houses, during both day and night conditions. They observed that raising CO2 levels during the day, or doing so during the day and night, resulted in increased plant height, stem diameter, leaf numbers and plant biomass production, and increases in the amounts of nitrogen, phosphorus and other nutrient compounds in the leaves (starch, soluble sugar, crude fatty acid, free amino acid and total protein). In contrast, elevating CO2 levels only at night did not seem to produce the same positive effects on growth; however, it did increase the concentration of minerals and sugars in the plants’ leaves, boosting their nutritional content.

A single small silkworm might eat as much as half a kilogram of mulberry leaves before moving to the next stage in its life cycle.

The full effects of increased CO2 levels are more complex, however. Despite the positive results on biomass of increased daytime CO2, the plants that experienced elevated CO2 levels also showed reduced chlorophyll concentrations and eventually even a slower photosynthetic rate. The research team suggested this may be because of the overall reduced nutrient concentrations in the plant, which in turn inhibit processes such as photosynthesis. Another hypothesis was that growing the seedlings in pots could have led to restricted plant growth and hindered the movement of nutrients to the roots.

Balancing nutrition and carbon dioxide
The research team’s findings show that, daytime rather than nighttime, elevated CO2 improves plant growth and leaf quality of mulberry seedlings; but while elevated CO2 could be a potential benefit for mulberry growth production, this needs to be balanced against the addition of specific minerals, including nitrogen, phosphorous and magnesium. Achieving a balance between nutrition levels and CO2 concentrations is the key to growing large, nutritious plants that can support a large silkworm population. A single small silkworm might eat as much as half a kilogram of mulberry leaves before moving to the next stage in its life cycle, so it is crucial that the trees can produce enough biomass to keep them well fed.

Dr Shi and Professor He’s work has also shown that increasing CO2 levels for intensively farmed plants at night is unnecessary and so, for plants being grown in controlled atmospheric conditions, CO2 use can be restricted to the daytime periods where it has the most significant impact. This saves on gas usage costs and also minimises unnecessary CO2 production during farming.

Securing future food supplies using fast-growing plants such as the mulberry, that is also used to feed livestock as well as the economically important silkworms, is a key challenge for improving the resilience of food stocks around the world. Finding approaches that can help maintain or boost the nutritional value of these plants under such changing conditions is equally as important as finding ways to encourage plant growth and size, as this nutrient density is the key for the species that reply upon them.

What other factors do you think will be important to explore to boost mulberry tree growth?

<>
Except CO2 and fertiliser, water is pivotal to various photochemical processes of plants such as leaf photosynthesis, which is regulated by plant water status and soil water availability. Therefore, adequate water supply could boost mulberry growth. In addition, elevated CO2 and/or temperature can quantitatively and interactively affect the synthesis and release of labile sugars, organic acids, and amino acids from plant roots, and influence the diversity of soil microbial communities and the activity of rhizospheric and root-associated microbes, which may subsequently alter the nutrient availability to plants. 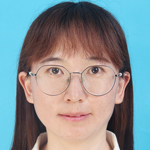 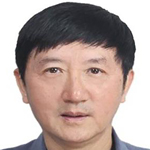 The effects of environmental change on plant growth.